Does Tire Compound Even Matter?

For many people, the only thing they demand from their tires is that they hold air. They don’t know anything about tire construction, the materials used, or attributes of different tread designs. When it comes time to buy, they believe all tires are the same. They choose the cheapest they can find, or insist on the brand they are most familiar with. “Dad always ran brand x tires, so I will run those too. Dad knows what’s best”. These people are notorious for abusing their tires more than the guy down the street who can’t stop doing burnouts. 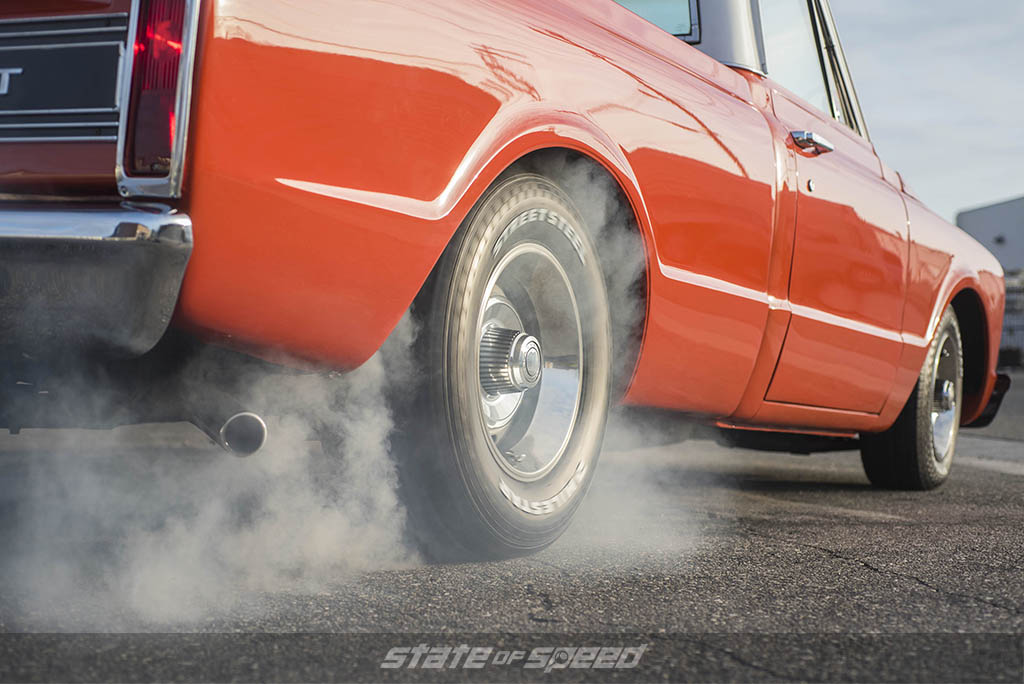 I’m sure you’ve had to roll down your window in traffic, or mention to someone in a parking lot that their tire is under-inflated, or sometimes even flat. For those people, the exhaustive work of technicians, test drivers, and product development engineers goes pretty much unappreciated. They purchase tires only when they absolutely have to. 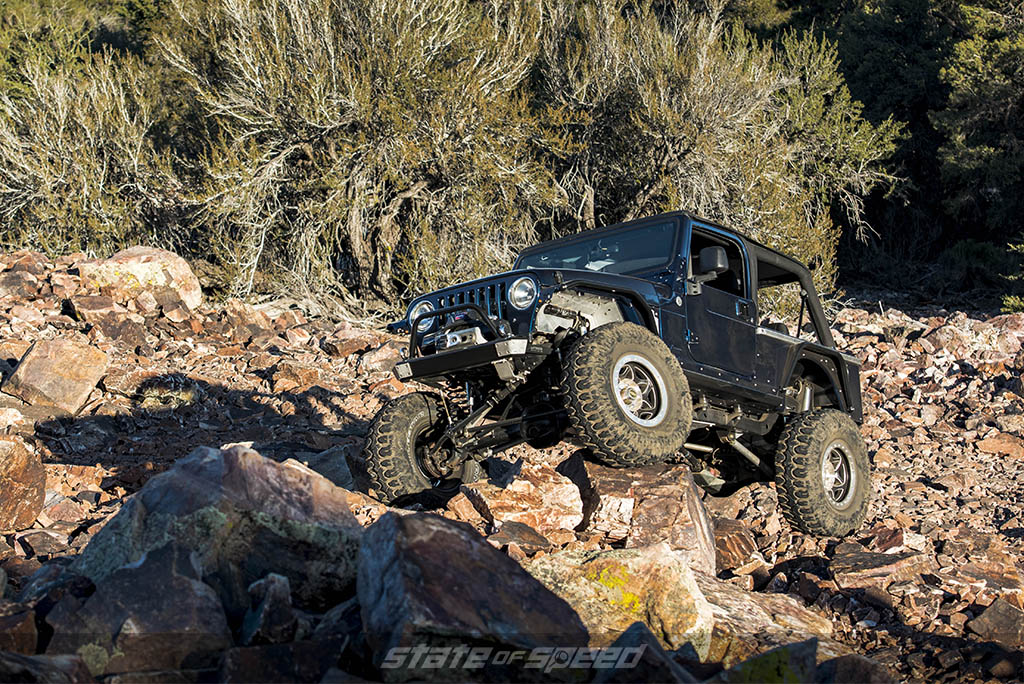 On the other end of the spectrum are the enthusiasts who are pushing the limits of their vehicles on a regular basis. If you find one of them with a low tire, it’s because they set it there. They have all kinds of fancy gizmos to air their tires down for maximum footprint, and increase traction, and then to pump them back up again. They bring their own compressors along, and some even have on board air systems with storage tanks, and other accessories. They use that compressed air for obnoxious train horns, to blow dust or dirt out of their rig, or to pressurize a water tank for a trailside shower. Compressed air can really come in handy. 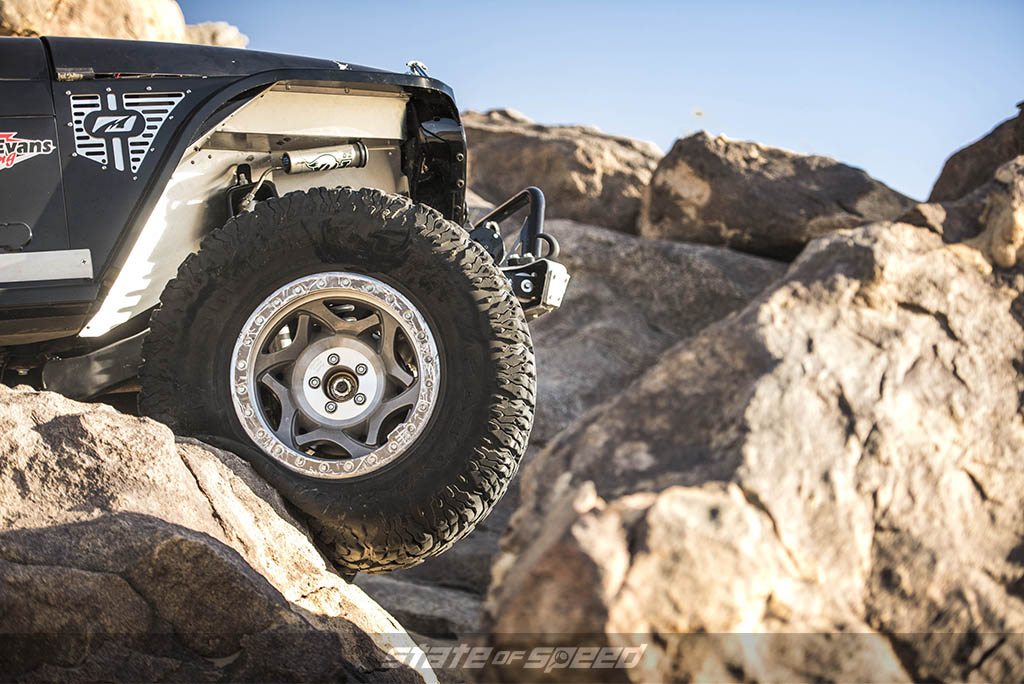 Then there is TPMS; Tire Pressure Monitoring System. From a gauge on the dash a driver can tell nearly exactly how much air pressure they have in each tire (even the spare on the rack) in real time, while they’re driving. It’s much easier to go online and argue whether 10 pounds is the best pressure to run on the rocks, or if 11.5 pounds works better in the sand when you know exactly how much pressure you are running. 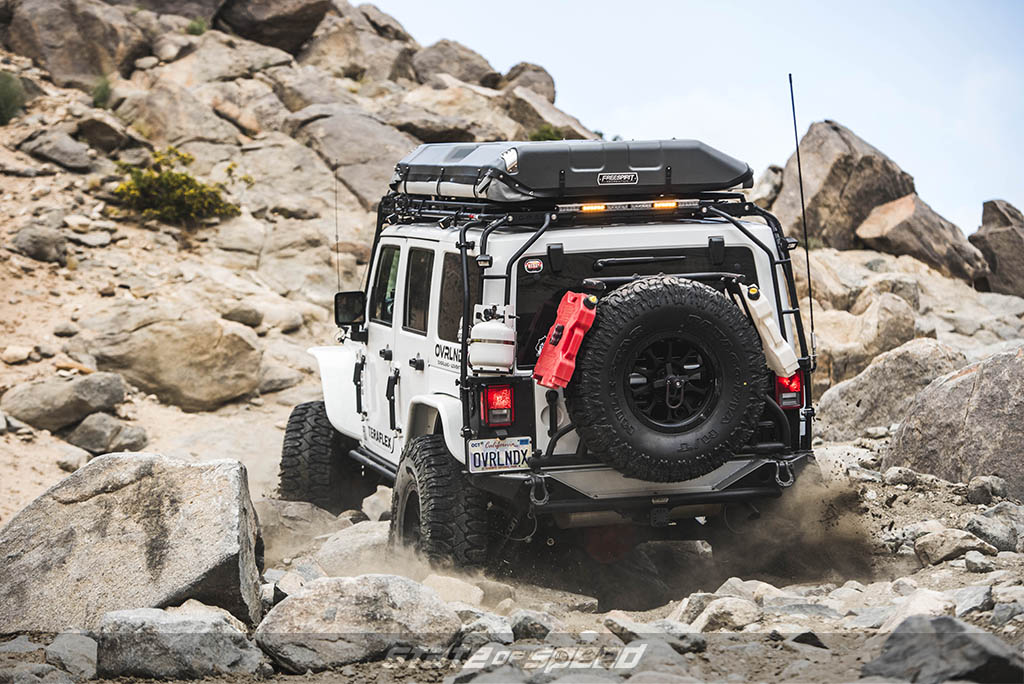 The enthusiasts are the ones who delve into the fine details that make up a tire. They know the difference between a bias ply tire, and a radial; how steel belts vary from polyester, nylon or rayon cords. They understand the tire engineer’s lingo of rock ejectors, tread squirm, high void, staggered blocks, siping, etc. Ask the average person on the street what a tire bead is, and they will just look at you puzzled. Anyone who has ever built a beadlock wheel knows what it is, and that the shape, and thickness is critical to getting a good seal on the wheel.

It’s true that many off-road enthusiasts know quite a bit about tires. They might even know what size tire fits which truck, and what the proper wheel offset is in order to clear the fenders without trimming (the number one asked question on the internet). However, not a whole lot of tire buyers think about the rubber compound used. That information doesn’t show up on websites, in brochures, or in the carefully polished sales pitch from the guy at the tire store. Is it important? Why does it matter? 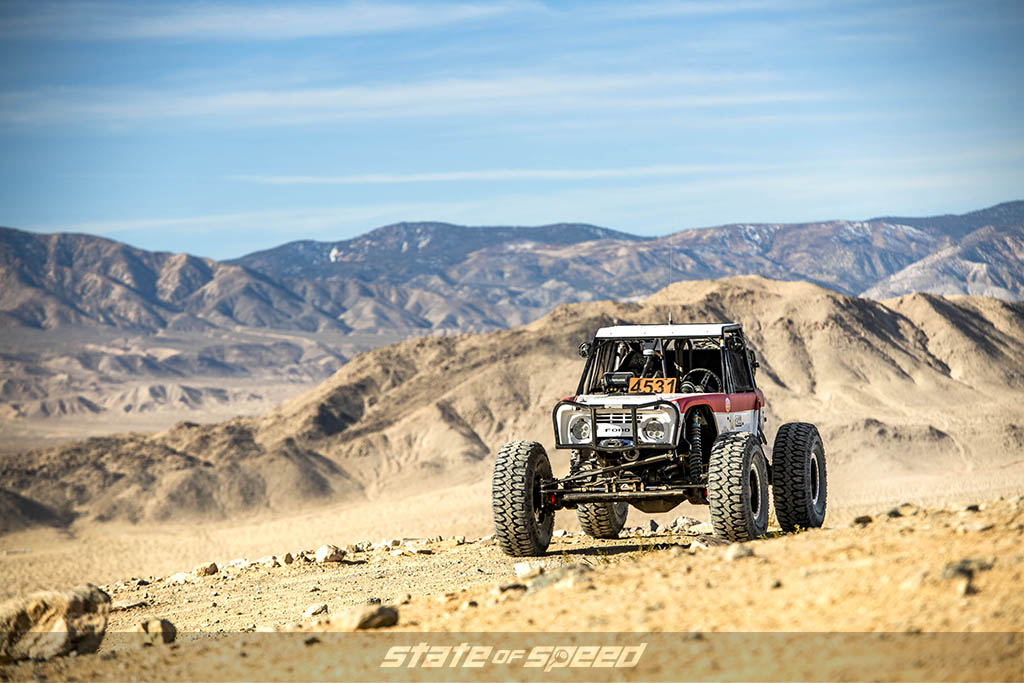 I can tell you from first-hand experience that the rubber compound used is just as important as any other component of a tire. A friend of mine showed up for a trip we took (way back in the 1980’s actually), with a brand new set of tires. We drove out to the mountains on the pavement, ran some trails, and then did a high speed bomb run down some graded fire roads. Once we got back to the pavement for the trip home, we noticed his tires were literally shredded. He had deep slices in the tread blocks and several chunks missing from the tread. He did not know that the tires he bought had a very soft compound. Although they were new, they got torn up from wheel spin on the rocky fire roads. The tread compound was way too soft for the sharp rocks. 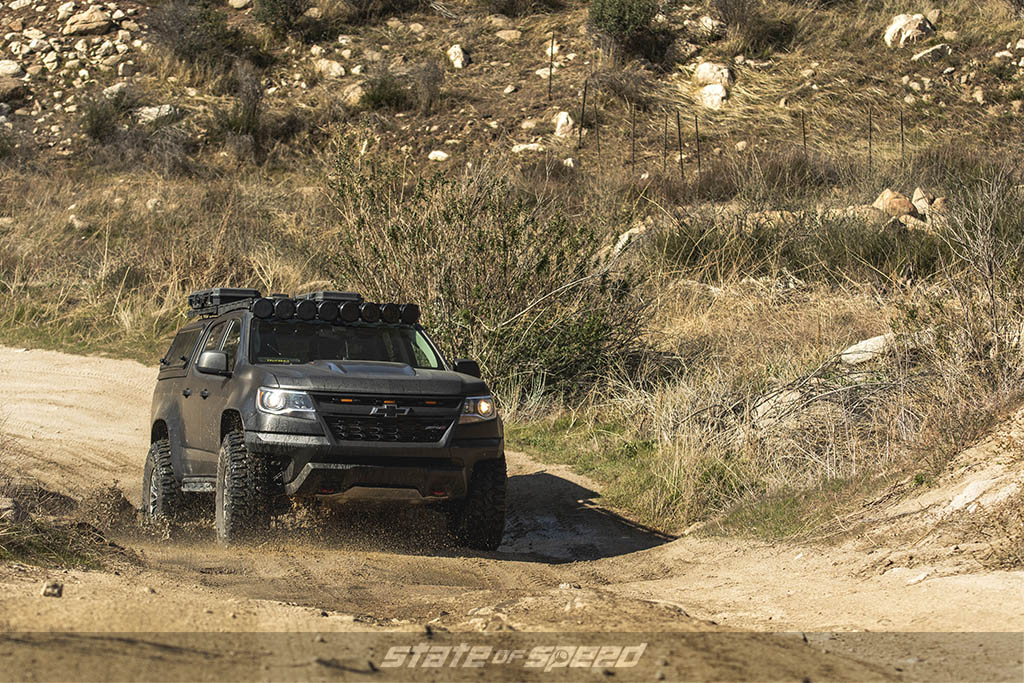 Those tires were perfect for mud, sand, or slick rock, but not suited for sharp rocks. Those tires were too soft, but your tires can also be too hard. At the same time that my friend bought those super soft tires, I had military take offs on my Jeep. They had a very aggressive tread design, and were very tough. The compound on those tires was very hard because they were designed to last a long time. They worked great when they could dig into the ground, but on slick, or smooth surfaces they were junk. In cold temperatures they got hard as a rock. They were bias plies so they rode rough as hell. 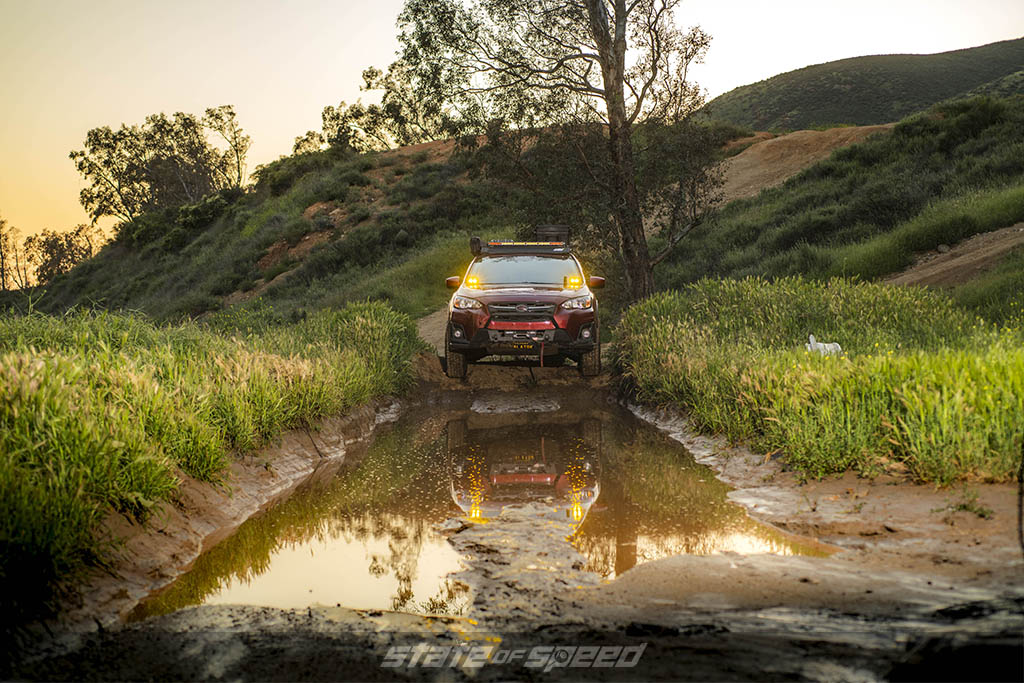 Those are two examples of tread compound from both extremes; too hard, and too soft. So what’s the perfect tread compound? That depends on what you need. Tire engineers have to weigh a lot of variables when they make this determination. Usually a tire will be configured for the street, part street, and part off-road, or mostly off road. Of course there is also a choice for off road only; The Milestar Patagonia M/T “Black Label” is super soft by design. 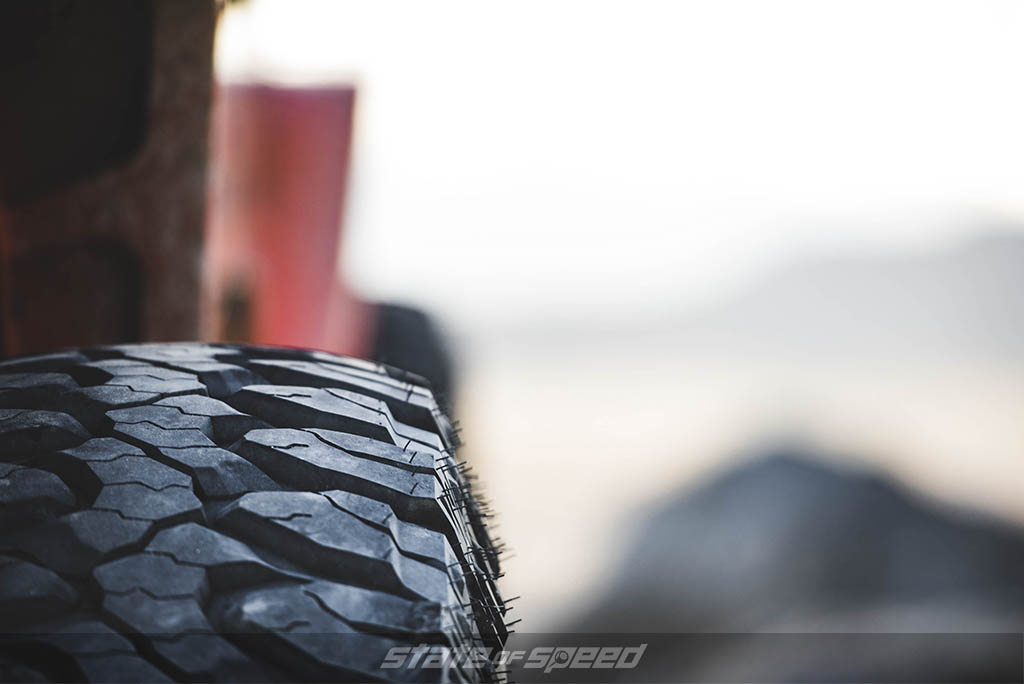 It’s for people who want maximum traction above all else. If you compare the Patagonia A/T R, with the Patagonia M/T you will notice right away that they look differently. The tread pattern of each tire is suited for their intended uses. The A/T R is designed more for the street, than the dirt. It will still perform in the dirt, but is rated higher than the M/T in ride comfort, and mileage. Obviously, if you are driving long distances on the pavement to get to the trail, tread wear is important. 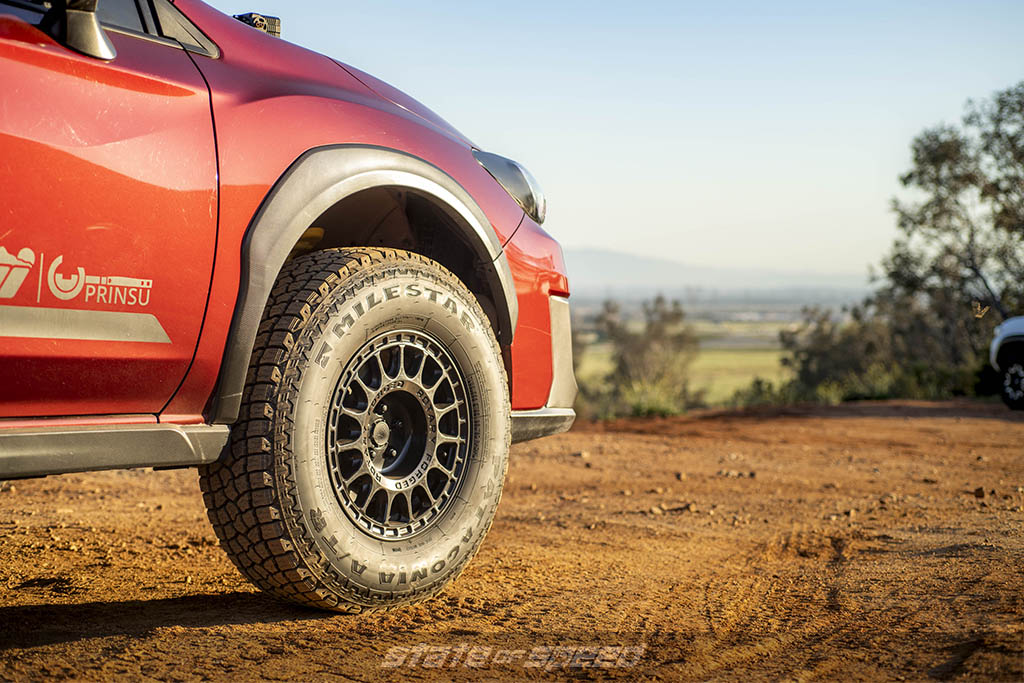 The A/T R comes with a 50K tread wear warranty plan. The tread pattern itself helps to increase mileage by having smaller voids, but the tread compound also makes a big difference. The tread compound of the M/T is softer, and when I say softer I mean more flexible. Engineers can measure how soft the rubber is using a gauge that’s called a Durometer; the firmer the rubber, the higher the number. Which tread design and tread compound you choose depends on what your needs, and desires are. If you want better tread life, go with the A/T R. If you spend most of your time in the dirt, go with the M/T. If you still want more, choose the “Black Label” for the ultimate in traction. 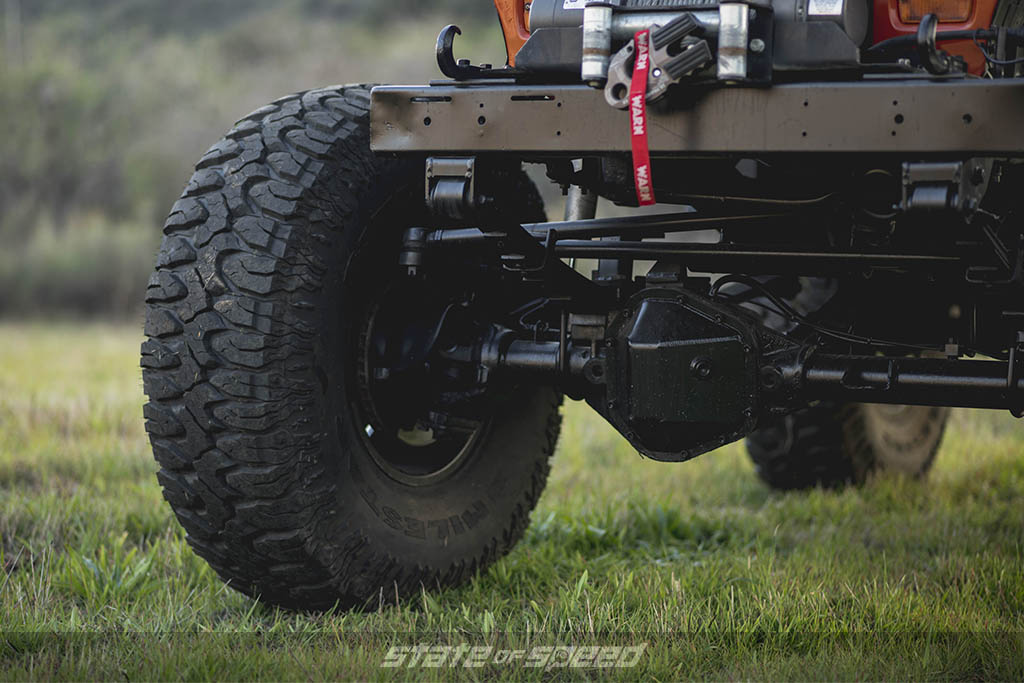