The Jump Champs have hit their stride as even heavy rains were not enough to dampen the enthusiasm of the many fans and competitors who showed up to version 3.0 held at Glen Helen Raceway in San Bernardino, California. The third ever event was loaded with activities for everyone. The goal is to get people to participate in the driving events, so they have a wide range of competitions. There were dirt drags, time trials competition, and the jump contest that caps off the event on Saturday.  Even if you didn’t want to get your vehicle dirty, they had a show and shine judged by the fans. 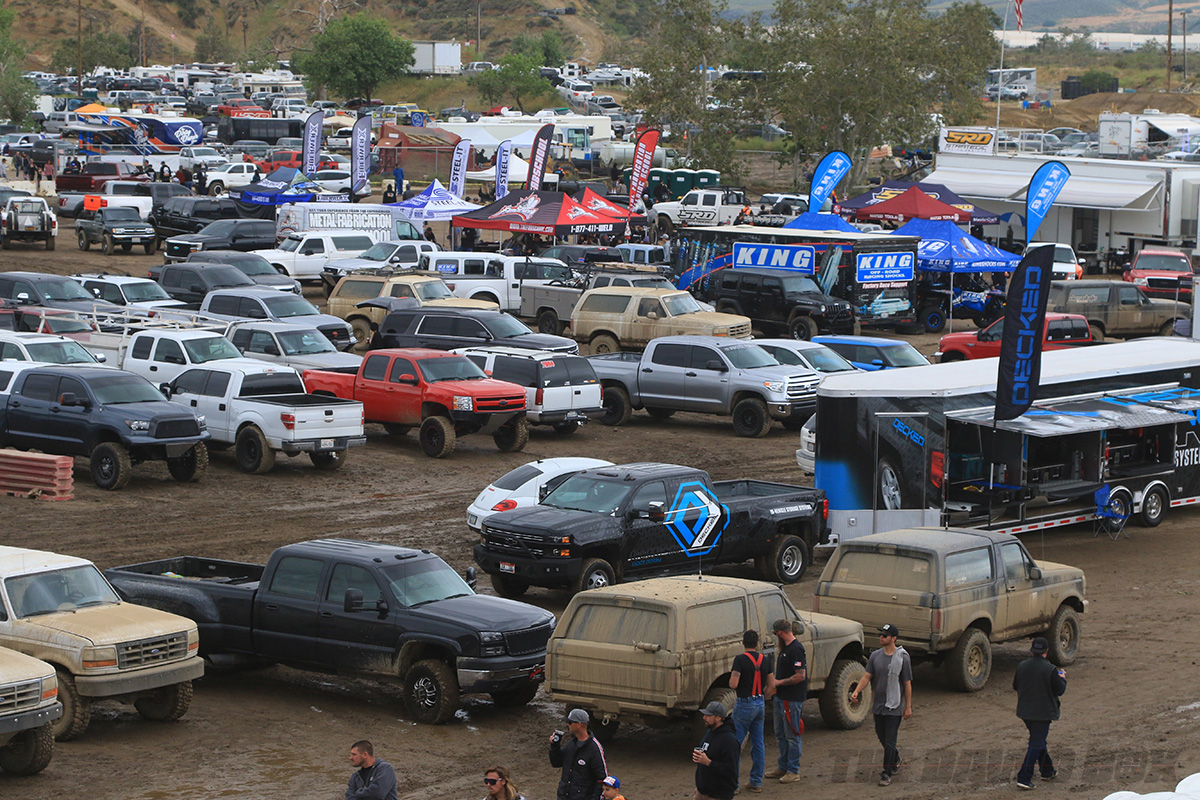 For those who wanted to get dirty, there was plenty of opportunity for that. Heavy rains blew through on Saturday morning and soaked the track. Despite the mud everywhere, the fans stayed put and made the best of it. After the dousing, the skies appeared threatening, but the rains did not return. That left a wide range of fans; from young to old, and a diverse group of vehicles to enjoy the rest of the day.

The time trials event grouped similar types of vehicles together on the track. They each had 5 laps to put down the fastest lap in their group. Since everyone was racing for time, and not track position, there was not the customary fender banging and general mayhem that normally takes place at a short course race. This was good considering that many of the vehicles had windshields and license plates, and probably took their owners to work during the week. Others were full on race cars. As the laps wore on during the day, the track got better and better, but many had to run in the slick, sloppy mud that was everywhere. Hats off to the participants who braved the conditions, and were able to throw their vehicles around without any incidents. Aside from the red mist of competition, the track is a professional racing venue and as such is appropriately challenging.

Some of those out on the track were taking advantage of the ride-a-longs that could be purchased during the event. You didn’t even need to own a vehicle to get out on the track. Known as the thrill ride, it was the best truth in advertising seen in a long time. The riders got a chance to fly off the huge jumps, dive into the banked turns, and negotiate the infamous whoops section, all with the cost of a ticket. Opportunities like that don’t come around often.

After two full days of events, it was time for the Jump competition that the event is known for. Taking place on the huge table-top jump that the stars of the Lucas Oil Off Road Racing Series flyover, it gave the fans a perfect view from the safety of the grandstands. The cars and trucks entered were hitting it hard, and some were landing the same. The only incident was when Justin Tex landed hard enough to break his front shock mount right off the chassis. The landing also took out his steering rods which caused him to get sideways and tip over onto his side. His truck had some damage, but he was fine and won the Hanger 24 Roughest Landing award. Everyone was focused on the unlimited class which put on a great show. The longest leap went to Hal Deschamp whose ULTRA 4400 car went 122′. Jordan Sellers was 2nd at 114’, and Blake Wilkey was 3rd at 110’. It was the perfect ending to another great Jump Champs event. Everyone had a fantastic time and is looking forward to the next Jump Champs event on December 15th.