WHAT IS AN INTAKE MANIFOLD?

State of Speed Basics - The Manly Science of Automotive Knowledge

Spend any time hanging around with gearheads and you’ll hear the term “intake manifold” thrown around, usually in the context of a discussion about the merits and weaknesses of various designs. What does an intake manifold do? It’s simply the piece of plumbing that connects the intake ports on the cylinder head to the carburetor or throttle body, distributing fresh air (and sometimes fuel - more on that in a minute) evenly to each combustion chamber. The design of the intake manifold has a profound effect on the performance of the engine, helping to determine whether it’s happiest at high RPM or churning out torque down low, and with some clever engineering it can even broaden an engine’s powerband far beyond what a simple, single pipe connecting an individual throttle body to the cylinder head can provide.

The intake manifold for a multi-cylinder carbureted engine, like a classic domestic V8, has a few main jobs to do. It has to evenly distribute air to each cylinder, do the same for the fuel atomized by the carburetor, and have enough internal volume to keep the carburetor happy since it works best when it feels a consistent ‘pull’ of vacuum drawn by the engine as it runs. Manifolds for carbureted engines are referred to as “wet” because the air flowing through them has fuel mixed in, and they have to be designed without sharp turns or twists that might cause fuel to separate out as it tries to make the corner along with the airflow.

“Dry” manifolds for modern EFI or direct injection engines have an easier job; they only have to evenly flow air, and can be a little more convoluted without ill effects. But wet or dry, there are some design elements both share. Ideally, an intake manifold should provide as little resistance to airflow as possible at wide open throttle - imagine sucking air through a straw, compared to breathing through a paper towel tube. If that was the only consideration, you’d just make the runners as big in cross-section as possible, but moving air also has inertia and velocity, so the diameter of the runners has to be a compromise between being large enough to have low resistance under high demand, but small enough to keep that column of air moving as rapidly as possible to help push out exhaust gas and completely fill the cylinder during the intake stroke.

Runner length is also important; all other things being equal, longer runners boost torque at low RPM, while shorter ones favor horsepower at high revs. Many factory intake manifold designs take advantage of this by having internal butterfly valves that allow the engine to switch between long and short runners, or even have separate runners for multi-valve heads that employ variable camshaft lift, duration, and timing. Finally, plenum volume is important - this is the “reservoir” that all the individual runners draw from, and changing the size of the plenum can also profoundly influence an engine’s powerband.

Some modifications, like “port matching,” a process where an intake’s individual runners are hand-shaped to precisely conform to the cylinder head’s intake ports, will benefit any engine. More extreme changes to runner length and diameter, plenum volume, and even the interior finish of the manifold are most useful when they’re part of an overall plan for the engine build. A race manifold won’t help an otherwise-stock street engine - in fact, the wrong manifold will often kill performance. Before contemplating a change to your engine’s intake tract, make sure you understand what the effects will be, and how it will interact with all the other factors of your combination, including camshaft grind, displacement, desired peak RPM, and even transmission gearing. 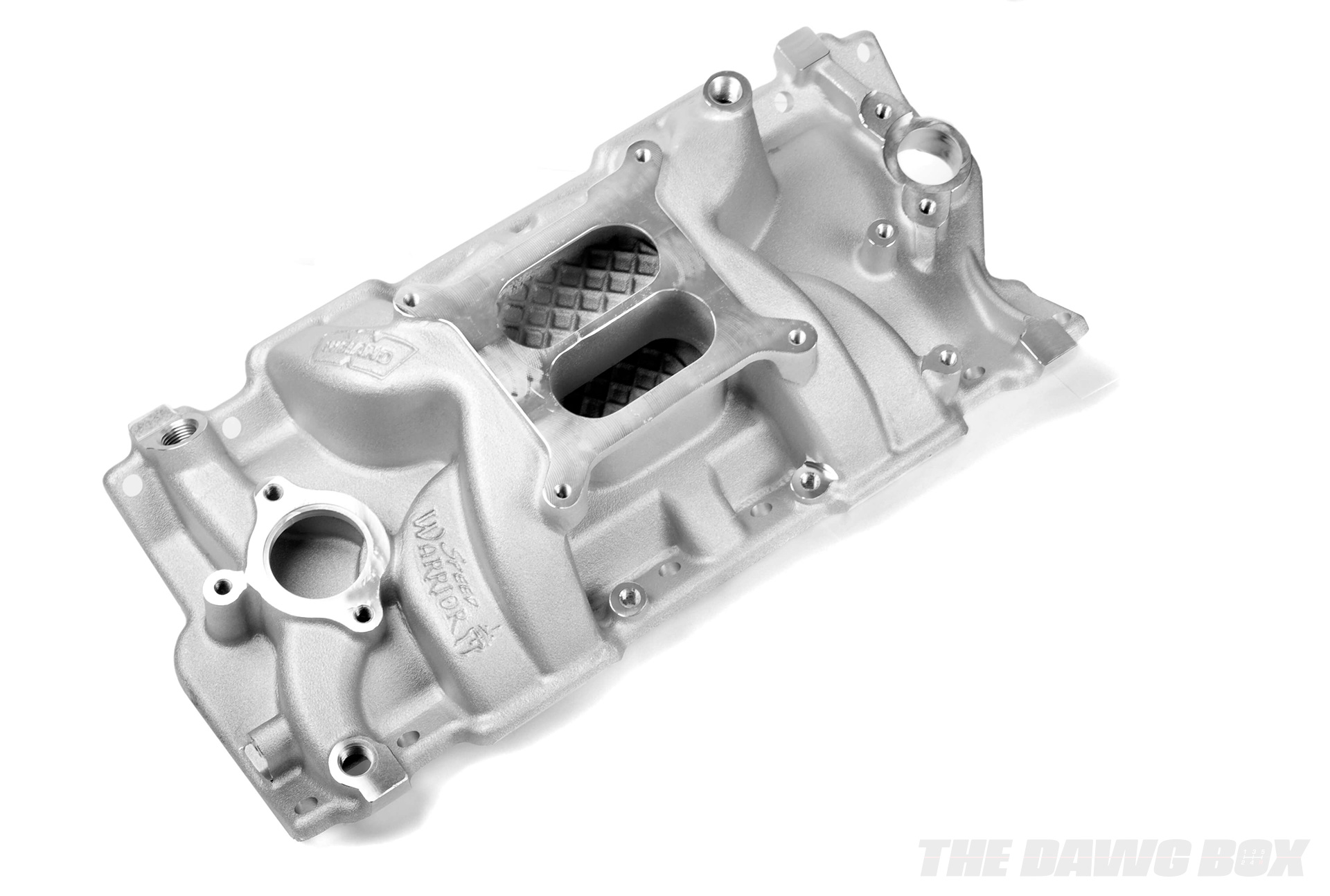 An intake manifold’s job is to connect the throttle body or carburetor to the intake ports on the cylinder head(s). Individual runners connect the plenum (the central, shared space) to the ports, and their length and cross-sectional size play an important role in determining the power band of the engine. This manifold is a Weiand “dual plane” design for V8 engines that is designed to provide very streetable power delivery characteristics. Notice the “waffle” pattern at the bottom of each plenum - this is an intentional feature that helps keep the fuel and air consistently mixed on their way to the cylinders. 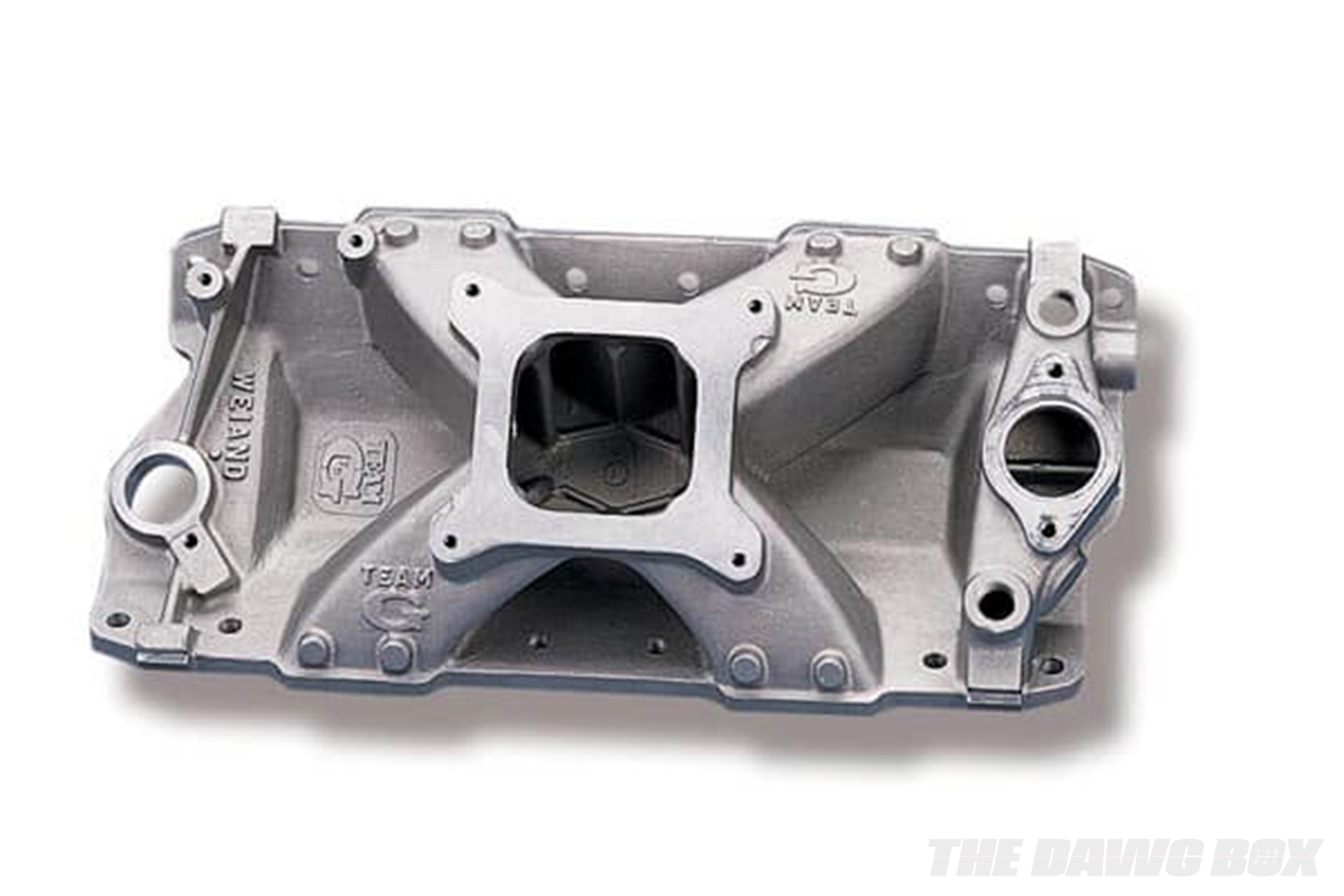 This Weiand V8 manifold is a “single plane” design with short runners and all eight cylinders feeding from the common central plenum. These kinds of manifolds are optimized for maximum horsepower at high RPM, but sacrifice torque down low. 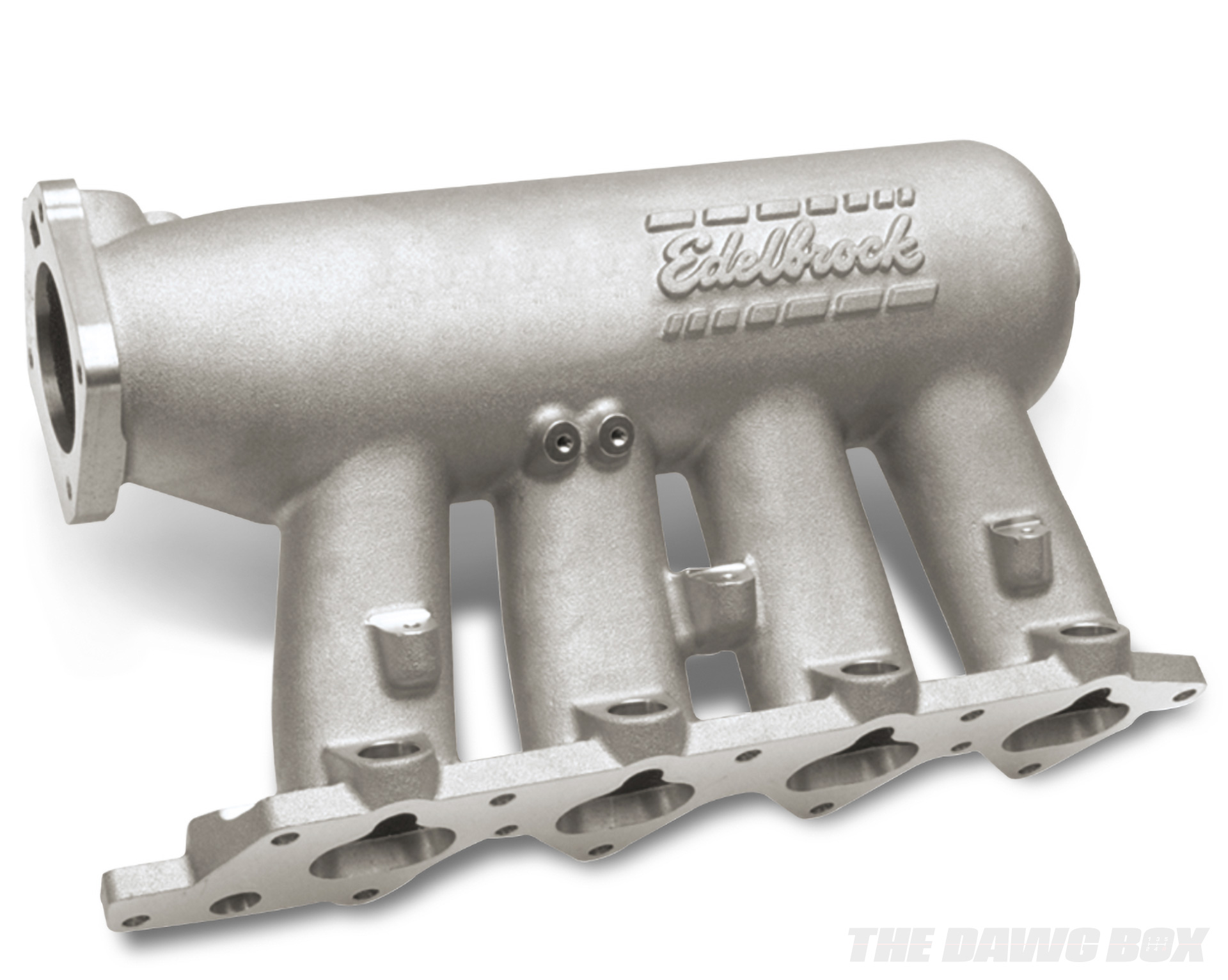 This aftermarket Honda B series manifold from Edelbrock has relatively short runners connecting the intake ports to the plenum, optimized for free breathing at high RPM. Notice how close the injector bungs are to the flange that bolts to the cylinder head - fuel sprays directly at the back of the intake valves, and doesn’t have to travel any distance through the “dry” intake manifold runners. 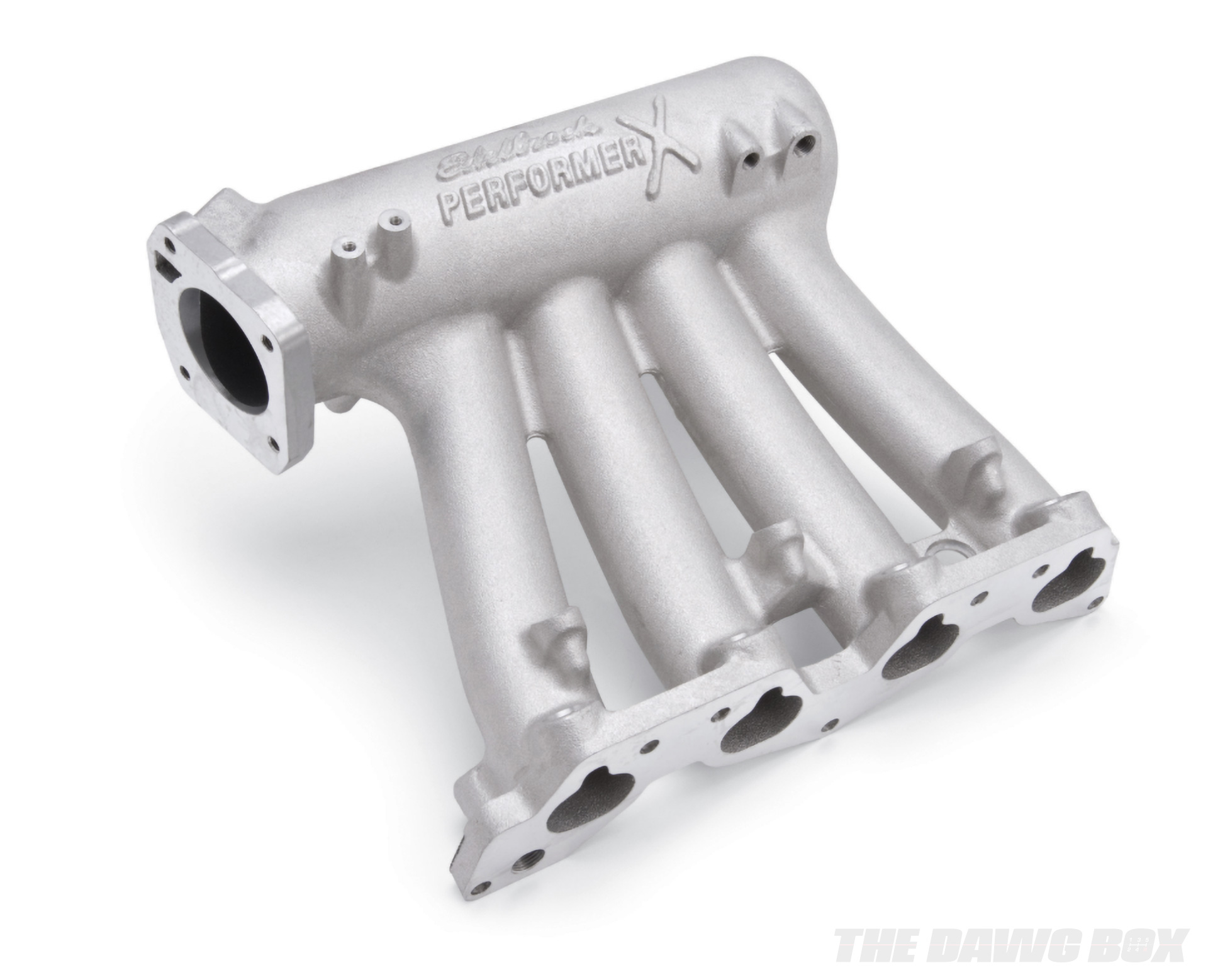 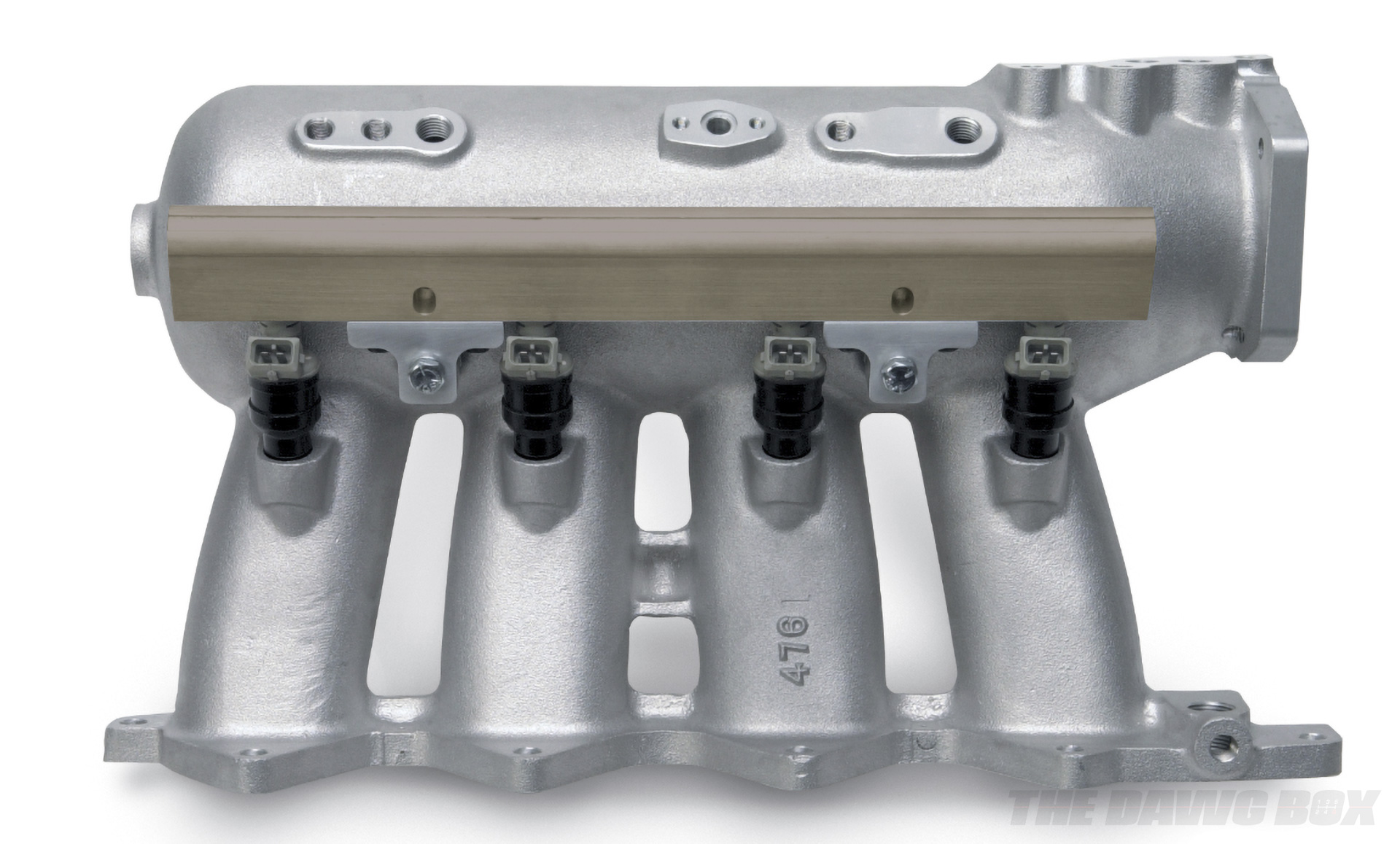 Check out this aftermarket Honda manifold - here, the injectors are placed higher up in the runners, which allows a little bit more time and distance for fuel to atomize before flowing past the intake valve. 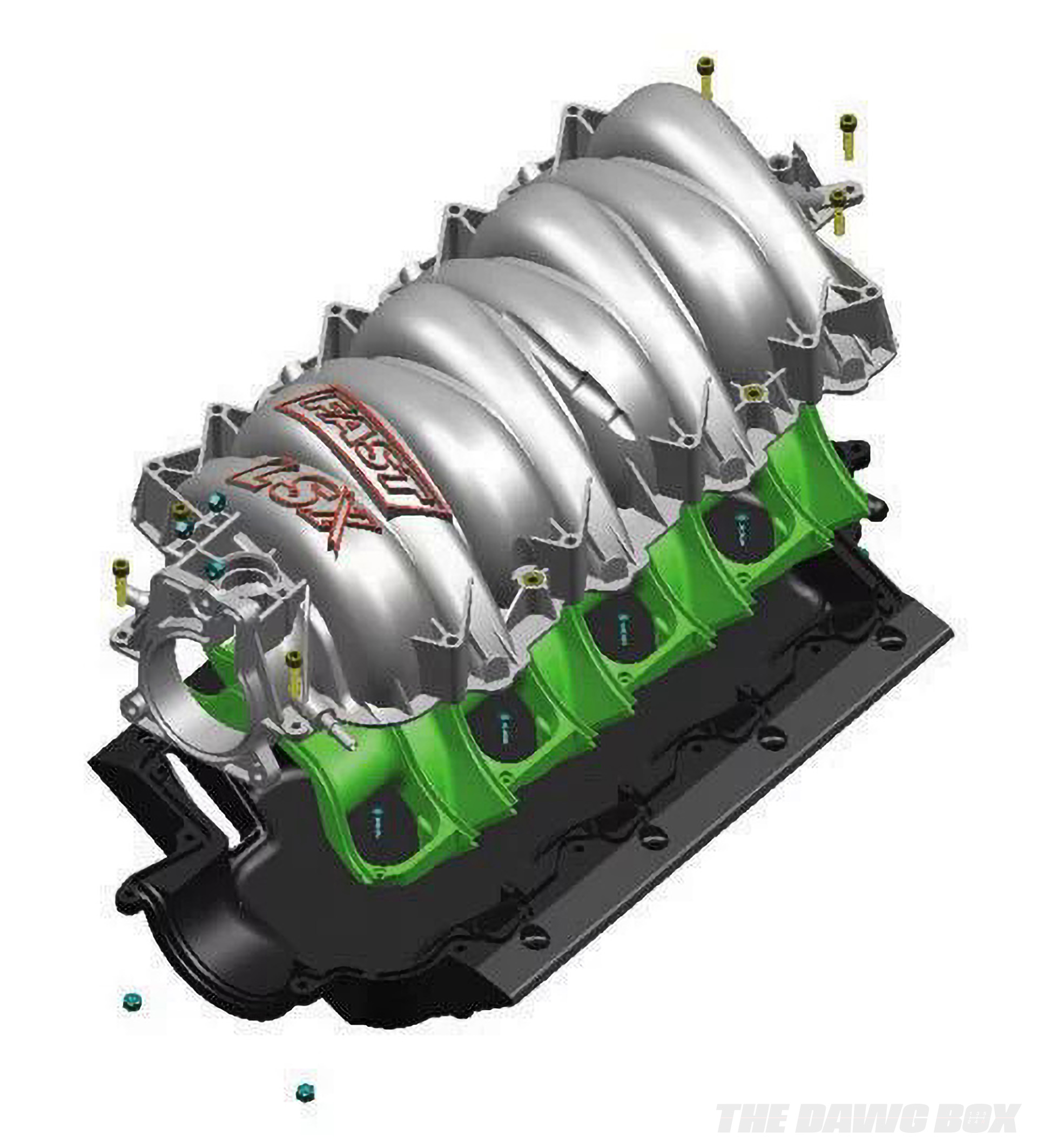 Many factory and even aftermarket intake manifolds are made of composite plastics rather than cast aluminum. Because they act as a kind of insulator, they can keep intake air cooler than a metal manifold for the same engine. This is a CAD illustration of FAST’s intake manifold for LS V8 engines, and it shows the unique three-piece design that splits into an upper and lower plenum housing that conceals individual intake runners. 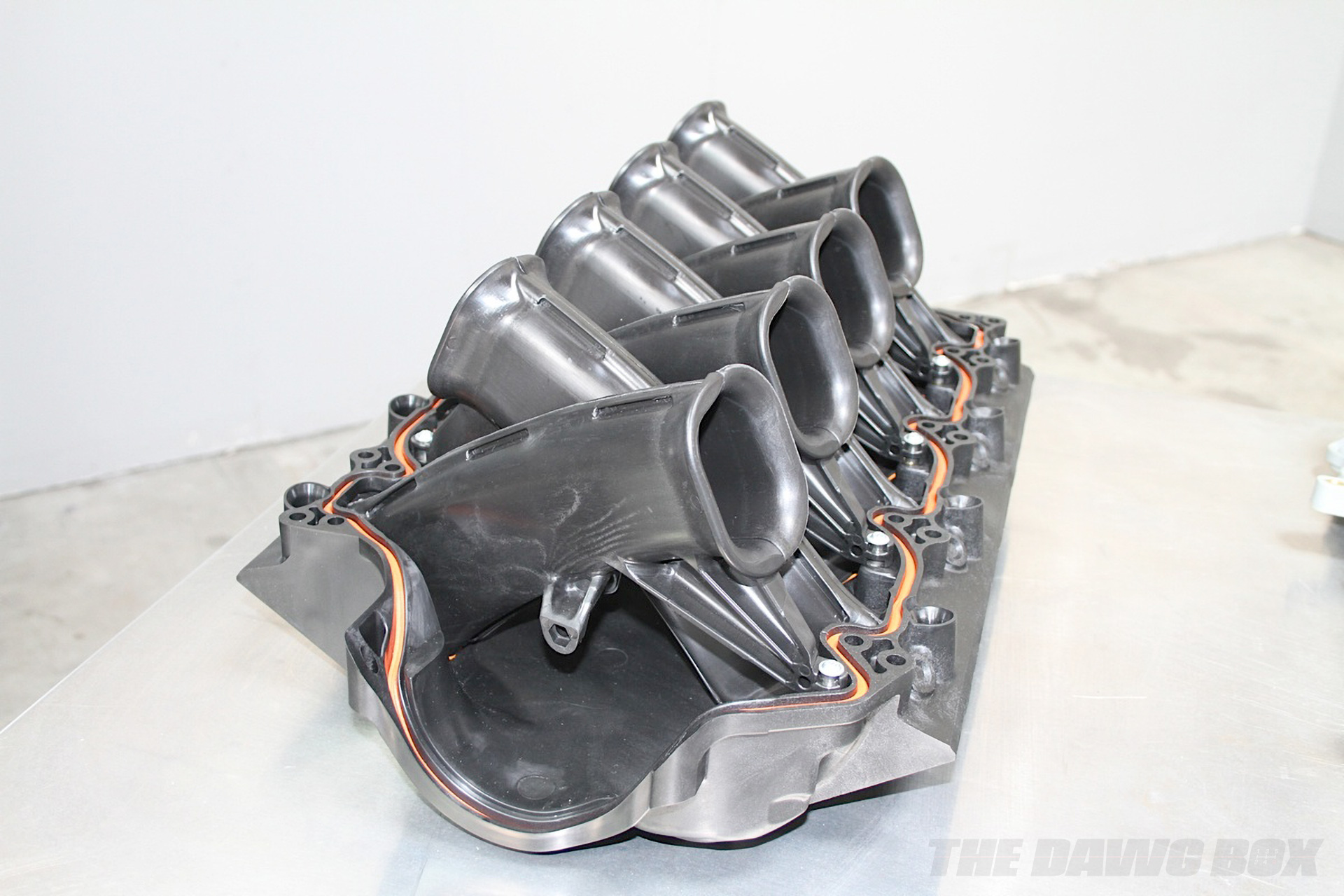 A look inside the FAST manifold with the top removed shows the individual runners. They all draw air from the same plenum, but FAST offers different runner lengths to fine-tune the manifold’s performance to match an engine’s power band.