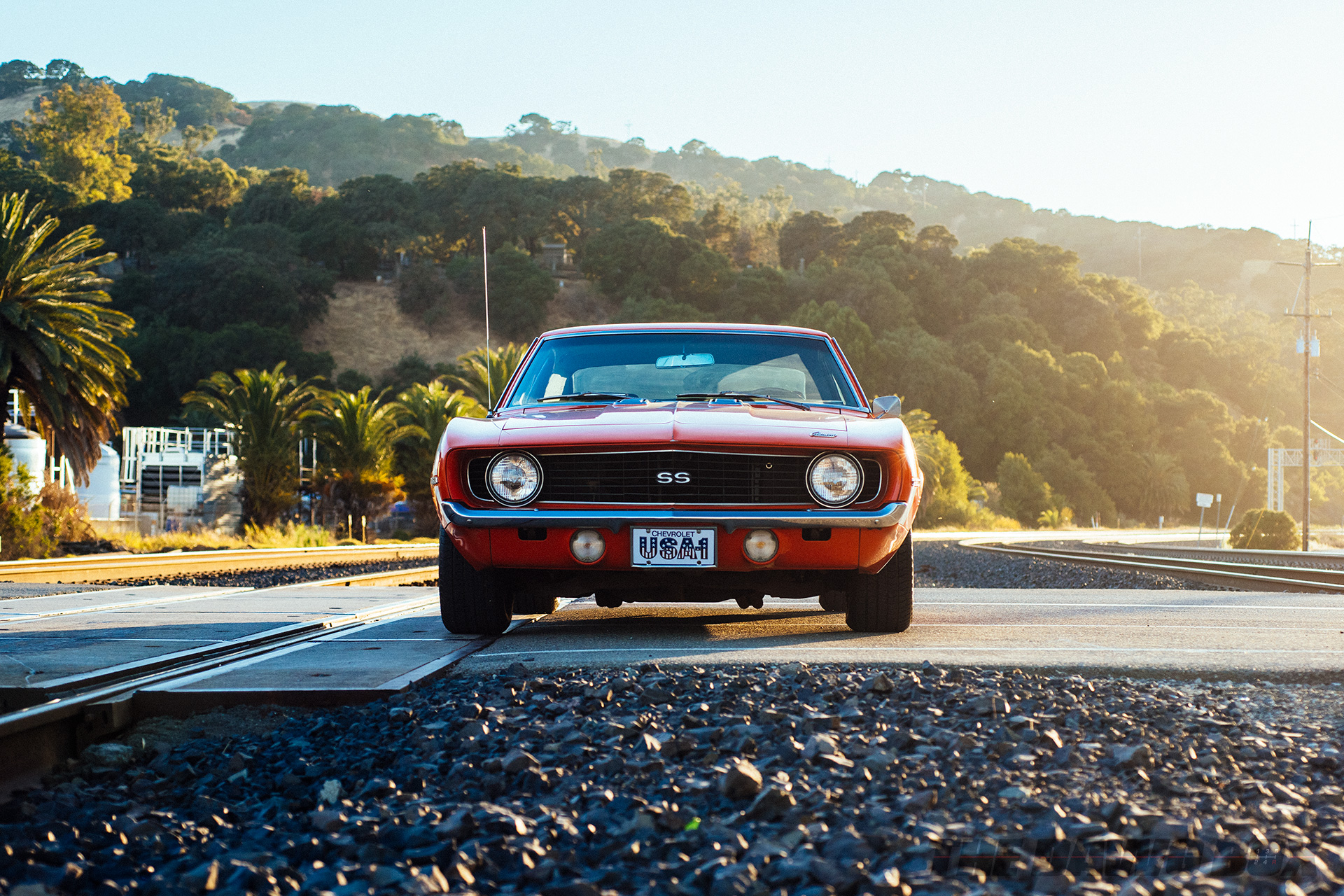 It’s the dream car for many people around the world and screams absolute “Americana.” The 1969 Chevrolet Camaro SS is a car that captures the imaginations and romanticization of writers, directors, and car customizers. When you say “Camaro,” Curt Hill’s example will be the exact image people will have pop in their heads. 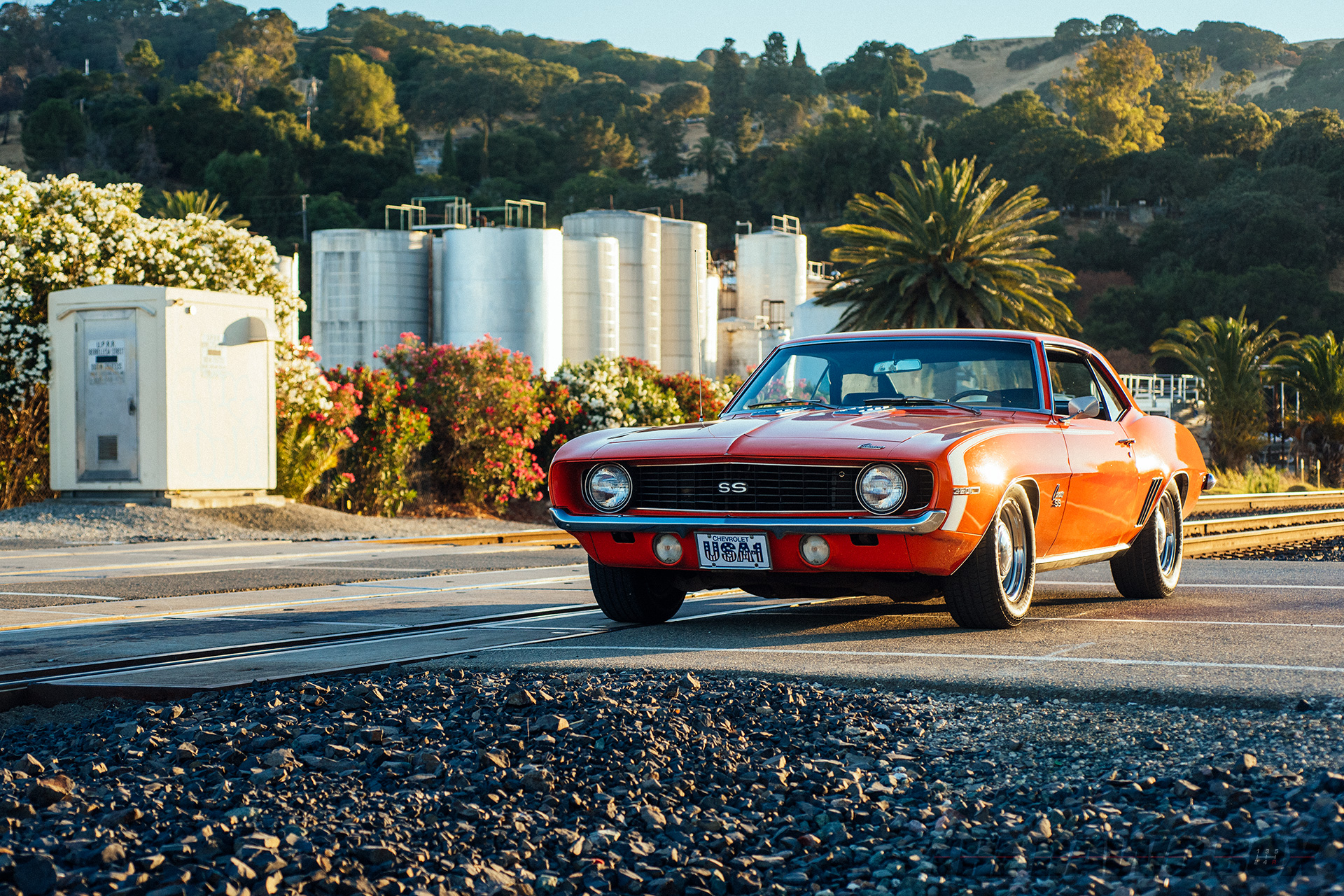 When it was built, the Camaro was Chevy’s answer to the Pony Car – a small, rear-wheel drive coupe with either an inline-six or V8 and a “live” rear axle. It was based on the F-body platform and it was a long-lived one. The first built in 1967 and ended in 2002 in favor of the Zeta-platform when the Camaro returned in 2010. The F-body was based off the X-body, a compact for its time platform in which the Chevy II and Nova, Buick Apollo and Skylark, Oldsmobile Omega, Pontiac Ventura and Phoenix, and the Canada only Acadian were built on. The only cars that were made with this chassis code were the Camaro and Pontiac Firebird. The first-generation specifically, which is what Curt Hill’s 1969 SS is, was carried over until November of 1969 due to delays in designing the second-generation chassis. 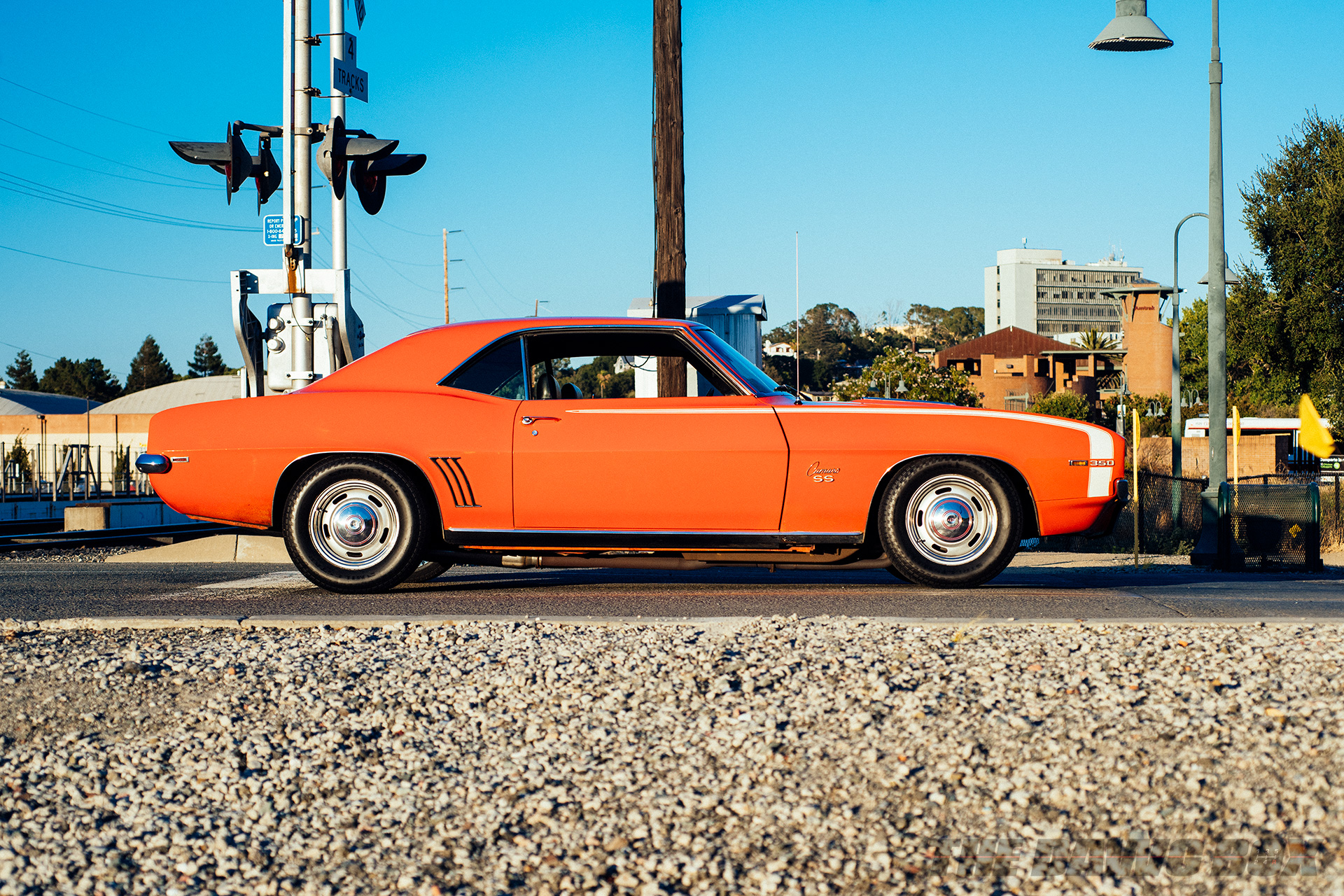 When the Camaro dropped in 1967, it came with three submodels (not including the base model) and packages upon packages as options for potential owners. You had the RS, which was mostly an “appearance” package that had hidden headlights and different taillights. The backup lights were under the rear bumper and you got RS badging on top of the brighter exterior trim. Then there was the Z/28, a high-performance package to work within the SCCA Trans-Am series rules, meaning it had a solid-lifter 302-cubic inch V8, four-speed manual transmission, power disc brakes, and two wide stripes down the hood and trunk lid. 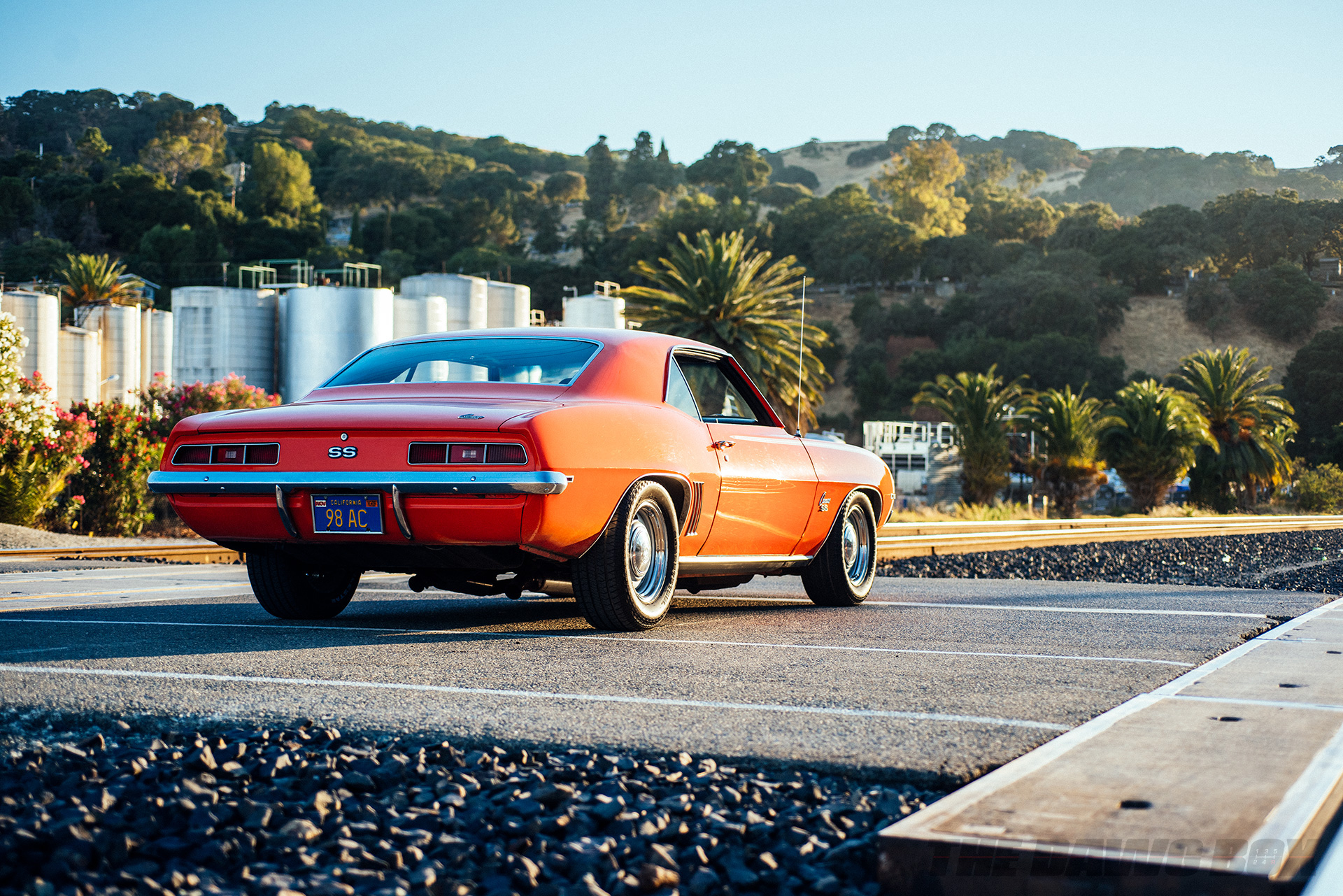 Then you had what would become the package everyone in high school at the time wanted – the SS or Super Sport. It was the signature that indicated you had the best parts from the General outside of a COPO. You could get it with either a 396-ci V8 or the L48 High Output Chevy 350 V8. The chassis was upgraded to handle better and deal with the bigger power of the 350-High Output and 396. Further distinctions included the non-functional hood inlets, special striping, and that unmistakable SS badging. Before the Camaro, SS-badged cars were a mark of high performance with the Monte Carlo, Nova/Chevy II, El Camino, Chevelle, and Impala all carrying it. 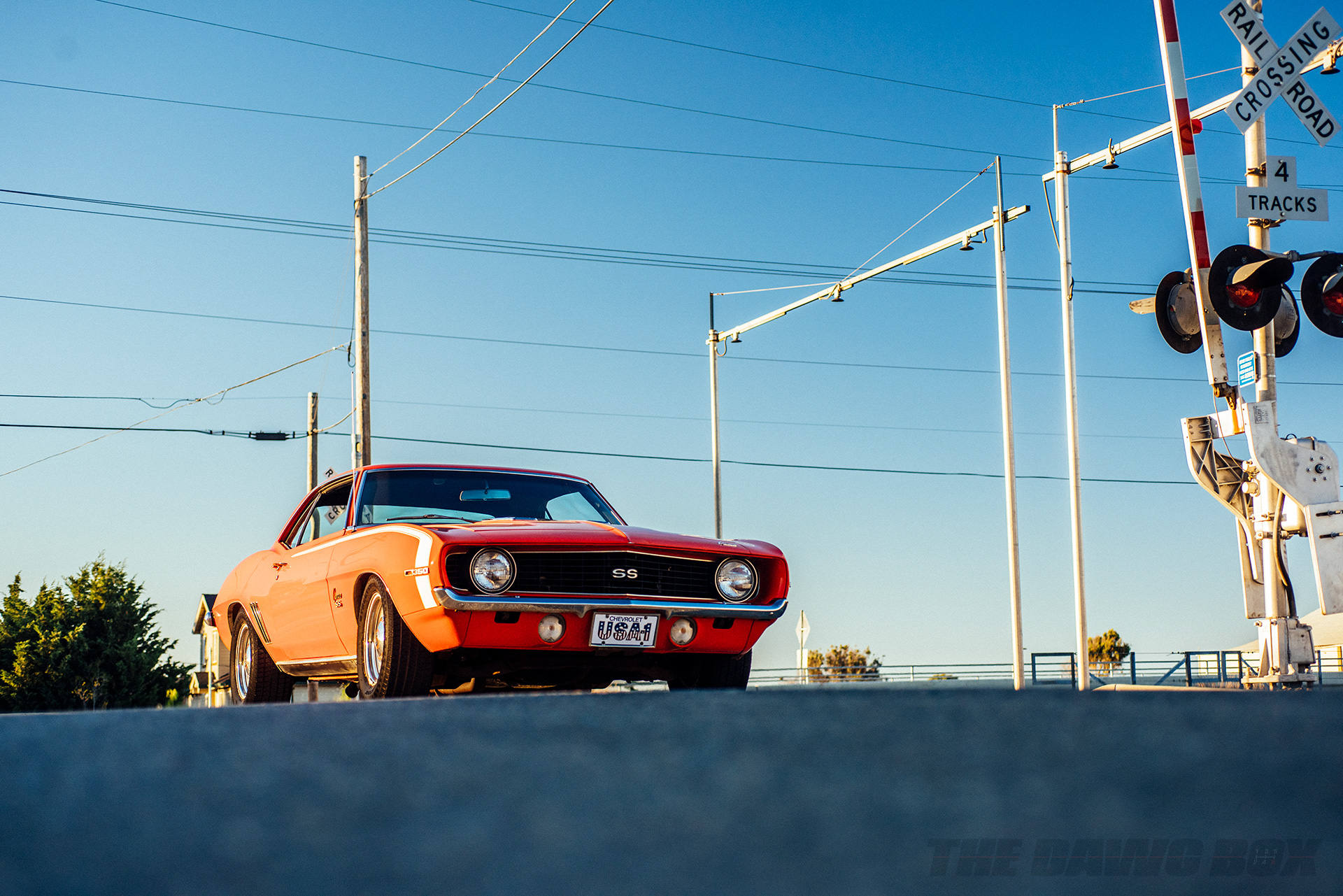 The Camaro just continued to stamp in credits of its legacy, even to this day. In 1969, the final year of the first-generation with its own unique body design, the SS could be ordered as an RS/SS package. However, many laymen have trouble spotting the differences from 1967, ’68, and ’69 Camaros, but the immediate thing to look for in a 1969 is the lack of vent windows in the doors as that tells you it’s at least a 1968 model. The grill also has a deep “V” shape to it over the 67 to 68 as well as the deeper set headlights make the front end distinct to the ’69. The ’69 also looks wider and that’s because it is as the front and rear fenders are pulled out wider than the 67 to 68 and the doors also had to change to match the shape. 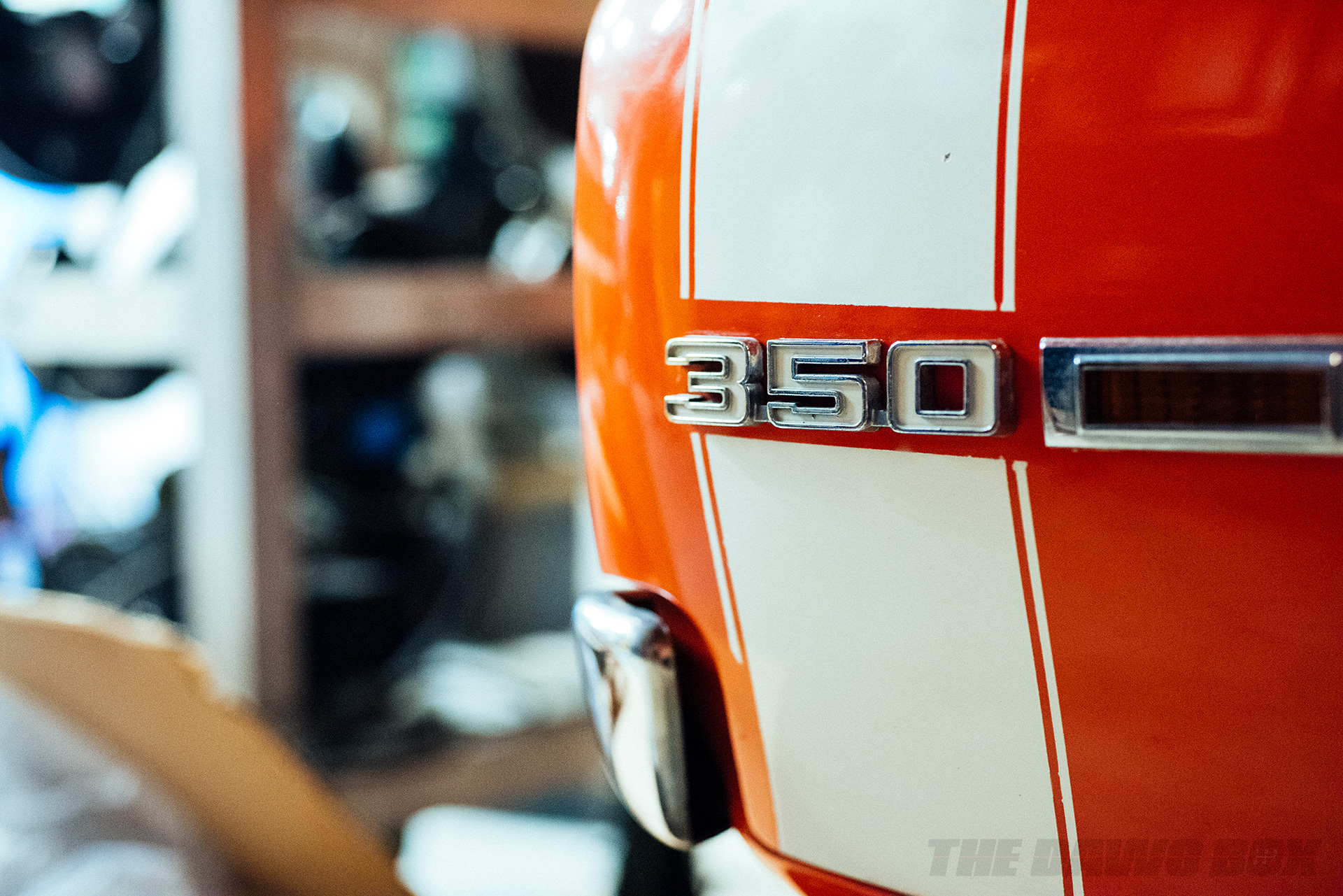 Curt’s is a standard SS, one of the 34,932 sold in 1969 and of the 243,085 total Camaros sold that year. His version is the 350 SS with the L48 engine, which came in all SS cars with the 350-ci V8 in 1967 to 1969 where it became available for all of Chevrolet’s car lines that could fit it. It’s a very different engine from the Generation One GM Small Block V8s. This 1969 is original, so it’s the version features a four-bolt main cap block (casting number 010) holding in the crankshaft with cast pistons moving in the 4.00-inch cylinders with 041 or 186 casting heads. Up top is a four-barrel Quadrajet carburetor with a hydraulic lifter system on a matching cam bumping the pushrods up and opening the valves. With a compression ratio of 10.25:1, the 1969 L48 can produce up to 300-horsepower and 380-lb/ft of torque. 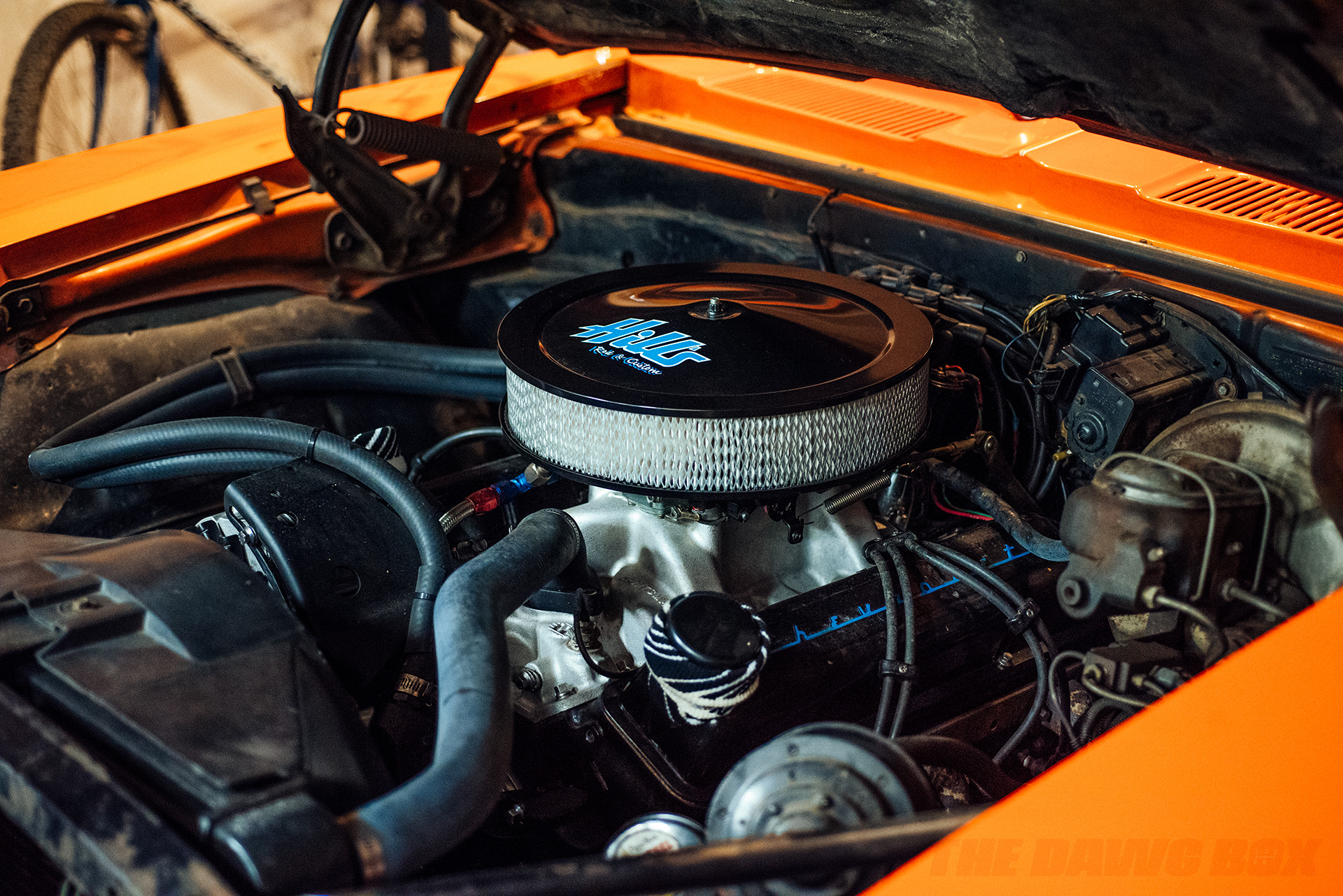 The only modifications done to Curt’s engine is the addition of a custom painted carburetor hat (with Hill’s Rod and Custom) with an aluminum intake manifold under that and a set of custom painted valve covers. The only other modification was the addition of a set of trac bars under the leaf springs to help alleviate wheel hop. Other than that, it’s pretty much as he found it. The reason it looks as good as it does is due to it being in storage since 1988. He purchased the car and, other than the carb hat and valve covers, put on a new set of Milestar Streetsteel tires sized in P235/60R15. While these are P-metric sized tires, they are the closest to match the classic look and style of the of the 15×7 Z/28 Rally style wheels while offering modern radial tire construction. 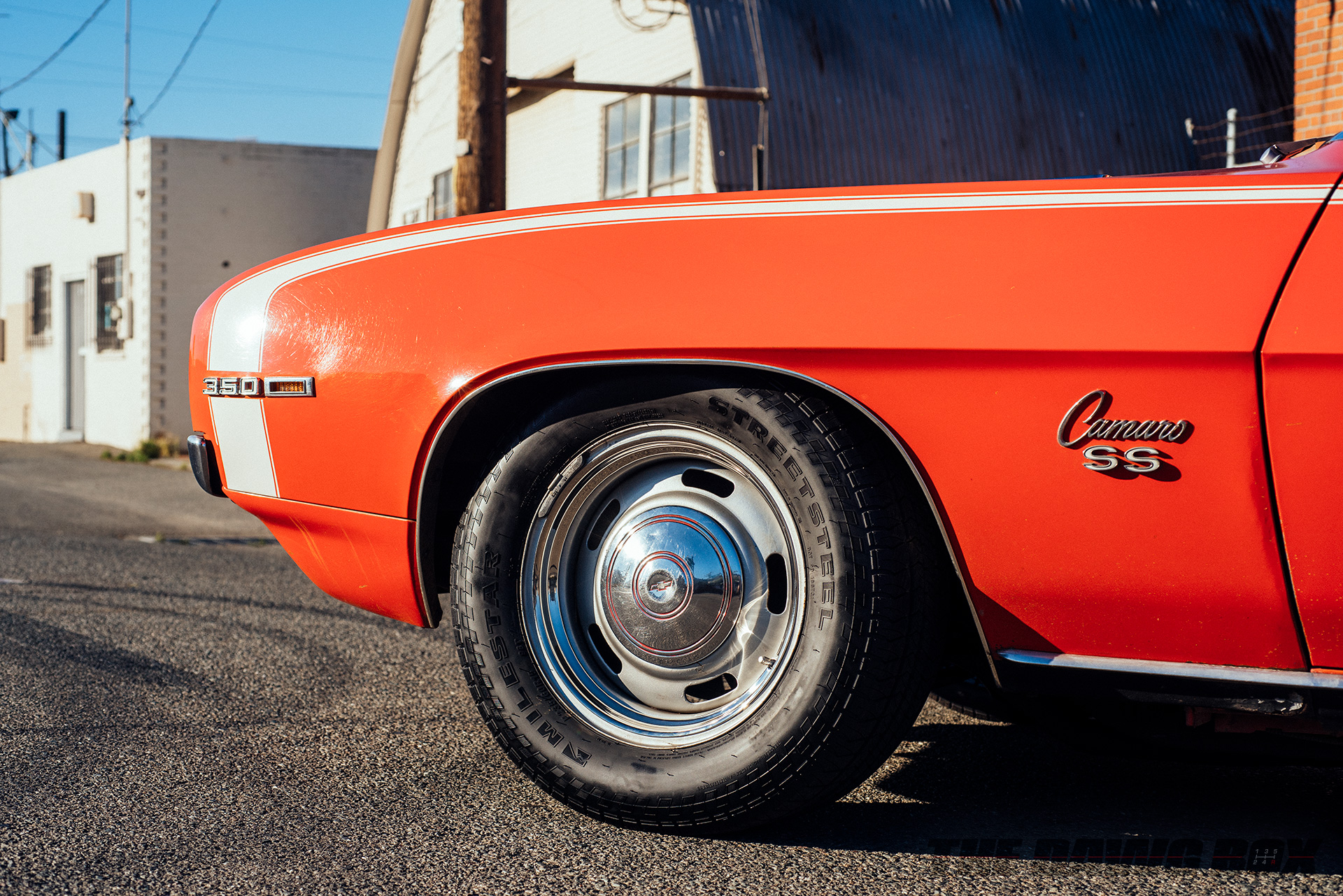 Curt’s car is a barn find if it didn’t get found in a barn. It’s a very original, if a little hotter than OEM, Camaro SS. It certainly would look right at home on the streets of Van Nuys or Pleasant Hill, CA during its original heyday. It looks just as good now as it did when it was stored almost 30 years ago, maybe better now that it’s running around instead of sitting in the dark. We unquestionably enjoyed looking at it for this feature. 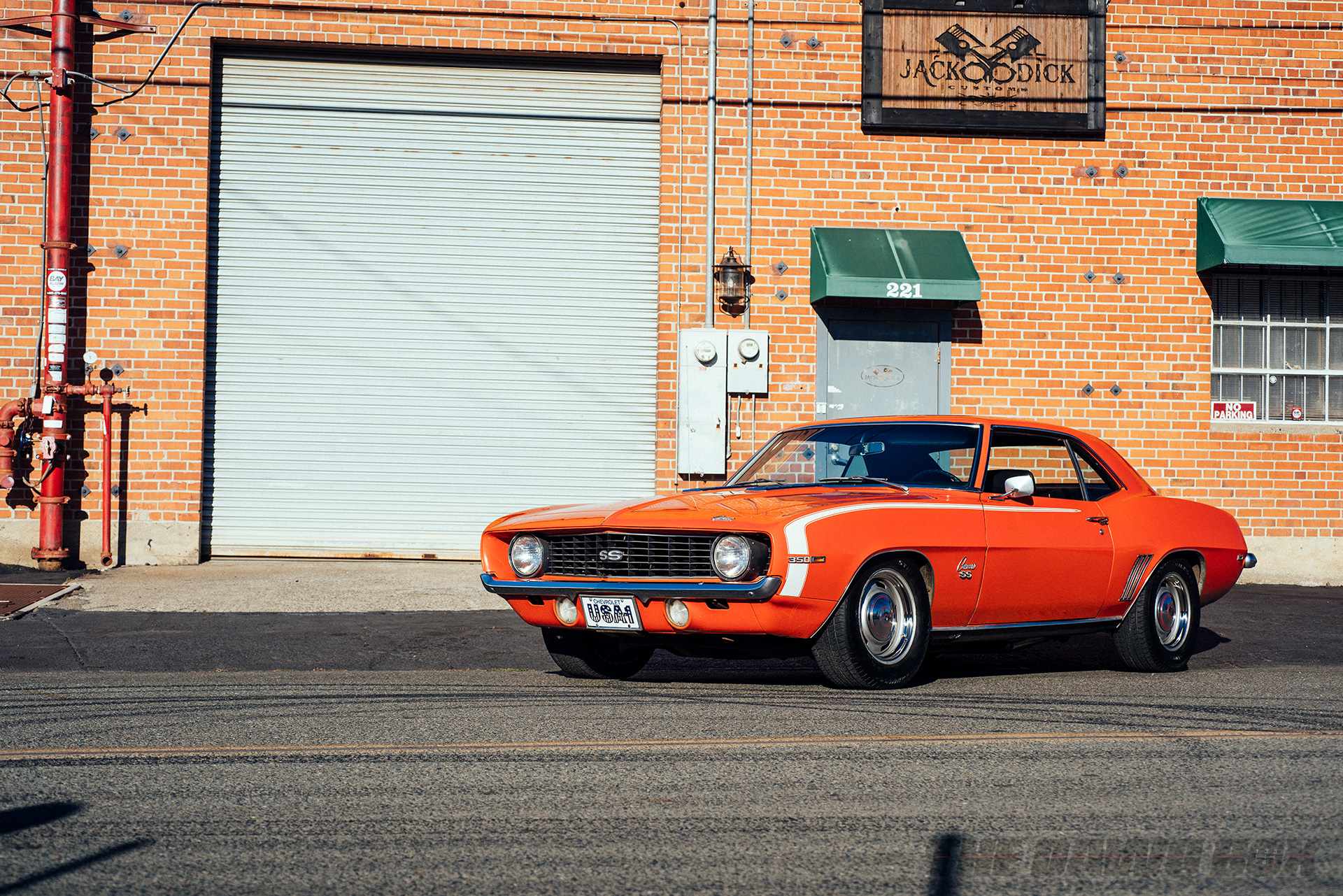