The Milestar CAN-AM UTV of Cora and Erik Jokinen

The Milestar Can-Am UTV of Cora and Erik Jokinen was originally built for an impossible task. When Ultra4 Racer Mike Bergman found himself without a car to race at King of the Hammers in 2017, CT Race Worx put this Can-Am together so he would at least have something to drive in the race.  He wasn’t racing it against other UTVs. Instead, he was going against the biggest and baddest Ultra4 unlimited cars. Despite being outgunned, the car qualified 50th out of about 200 cars and gave them all hell on race day. In 2018, Erik and Cora brought the car back but raced it at KOH with the other UTVs. 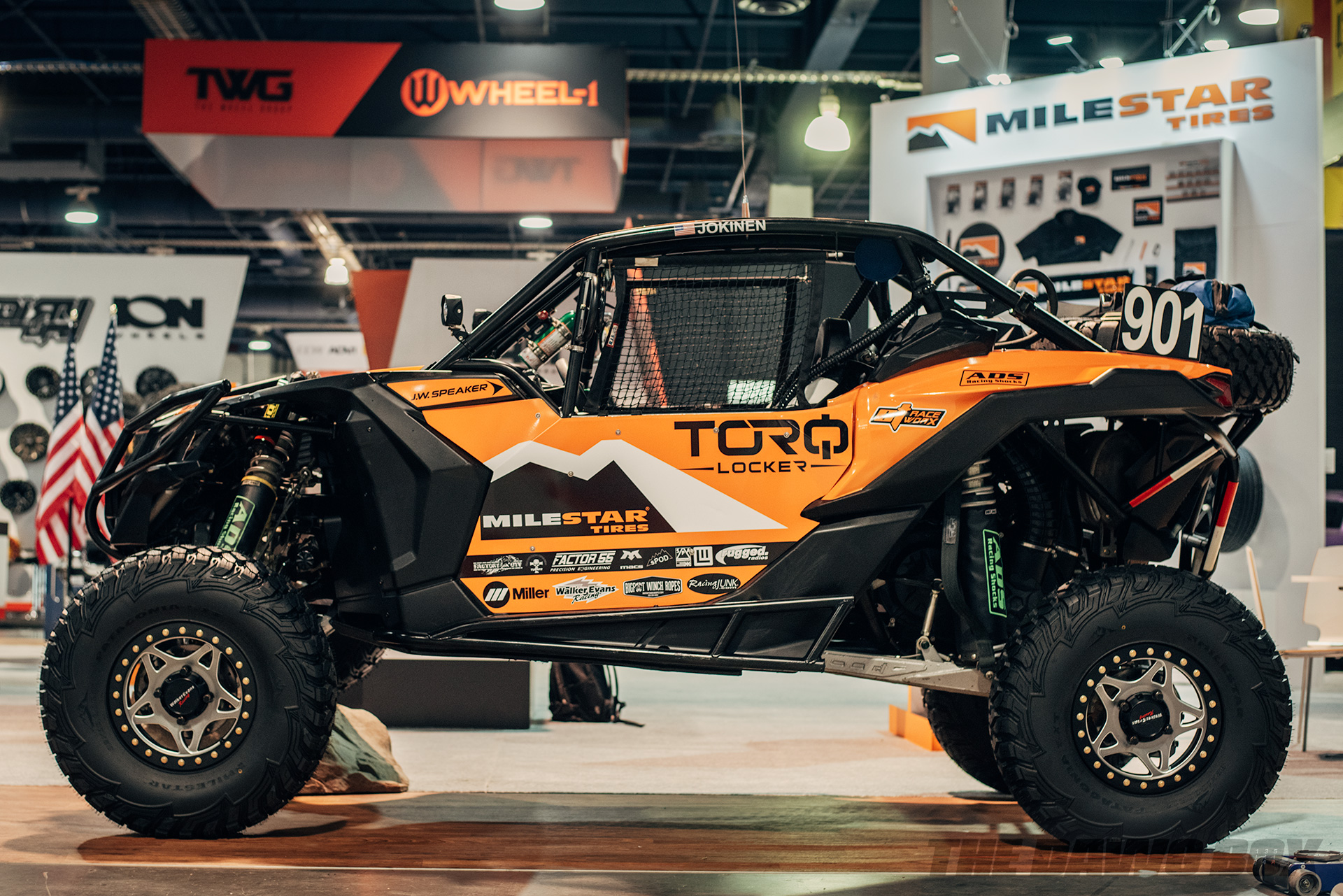 King of the Hammers combines long, open desert sections that are run at high speeds, with the toughest rock trails found in Johnson Valley, California known as the Hammer Trails. The course is diabolical with sand, ruts, whoops, and rocks, and that’s just the desert section. The rock trails are literally piles of boulders that cling to the sides of steep canyons. Big rocks, small rocks, round rocks, and sharp rocks. What the rocks don’t do to you gravity will. There are many off-camber side hills and steep drop-offs. 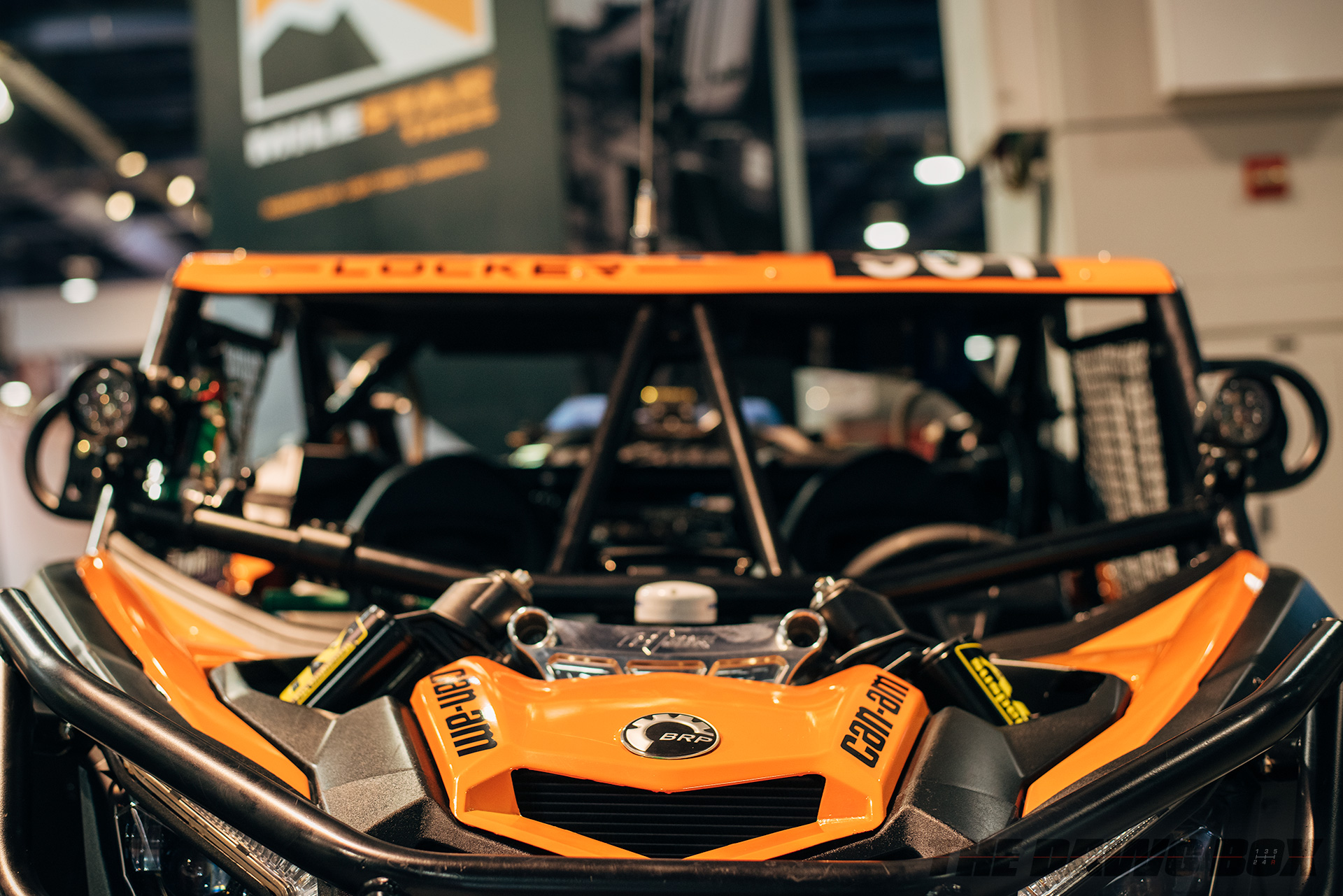 Despite having competed in the toughest single-day offroad race in the world twice, the Can-Am is not too exotic. Most of the modifications come right out of the CT Race Worx catalog and are bolt-on parts. The Can-Am runs ADS shocks and was used to develop the Jokinen’s Torque Locker differential lockers. The traction department also benefits from their Milestar tires. 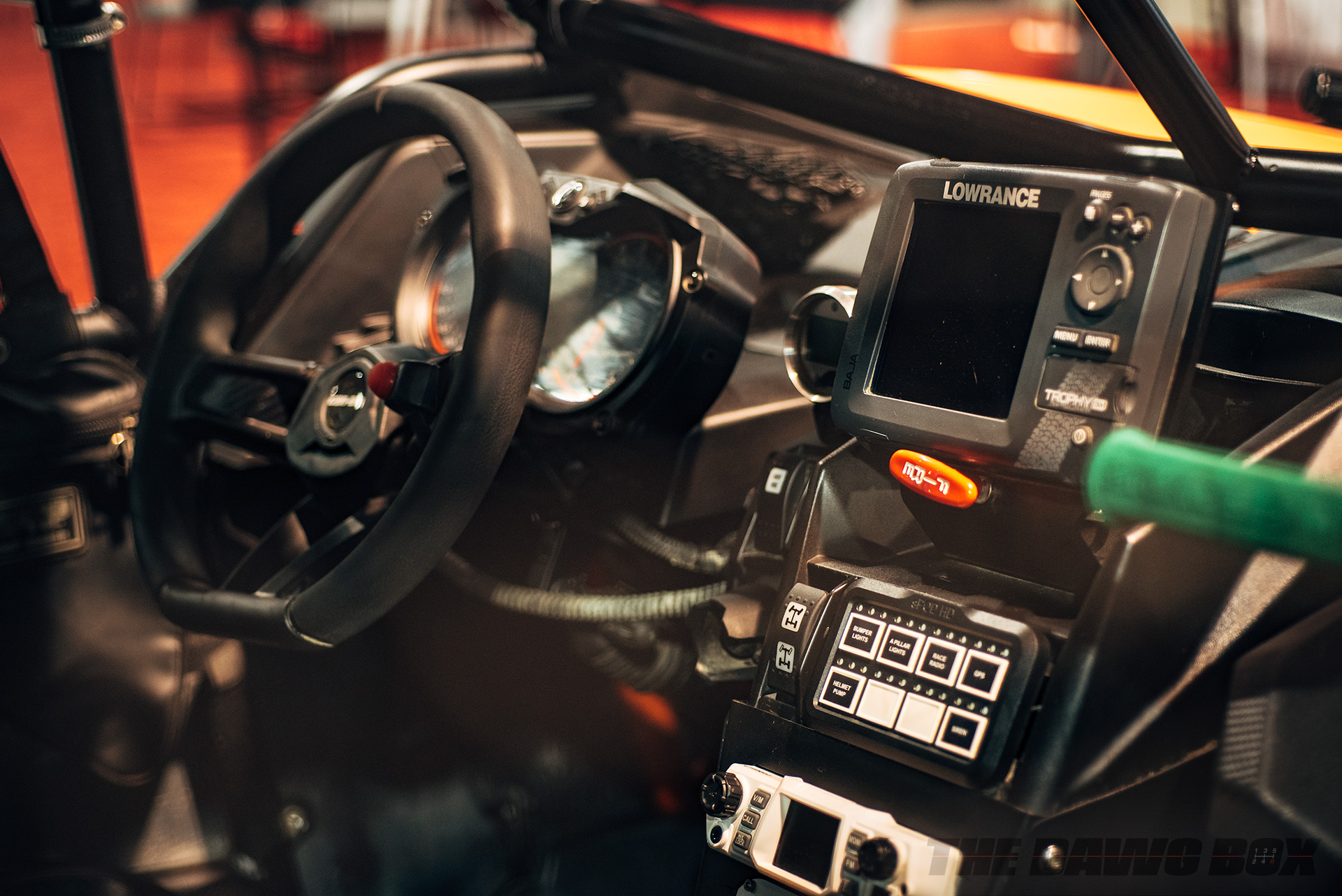 When the only thing holding you to solid ground is your tires, they need to be the best. The Jokinens’ tire of choice is the Milestar Patagonia SXT. New for 2018 is the soft compound Black Label tire that has all the superior features found on the SXT but with a stickier rubber compound for even more traction. The SXT Black Label has the same Kevlar® belt package for strength and light weight as well as the deep, wide grooves with stone ejectors that help to disperse dirt and debris. The wide overlapping tread blocks maintain stability and improve sure-footed control during rapid acceleration and braking. The distinctive tread pattern provides excellent control in sand, silt, and rocks. 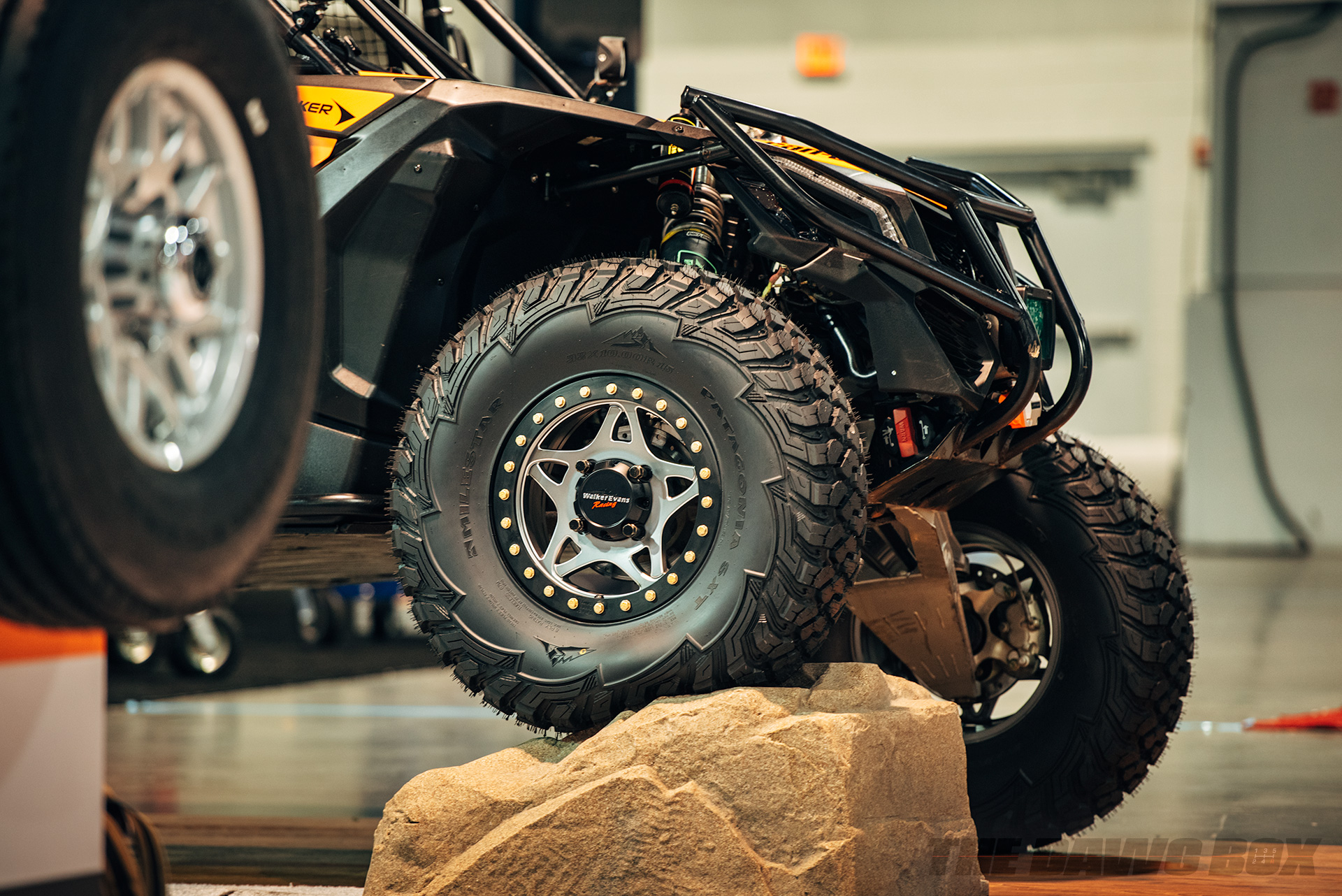 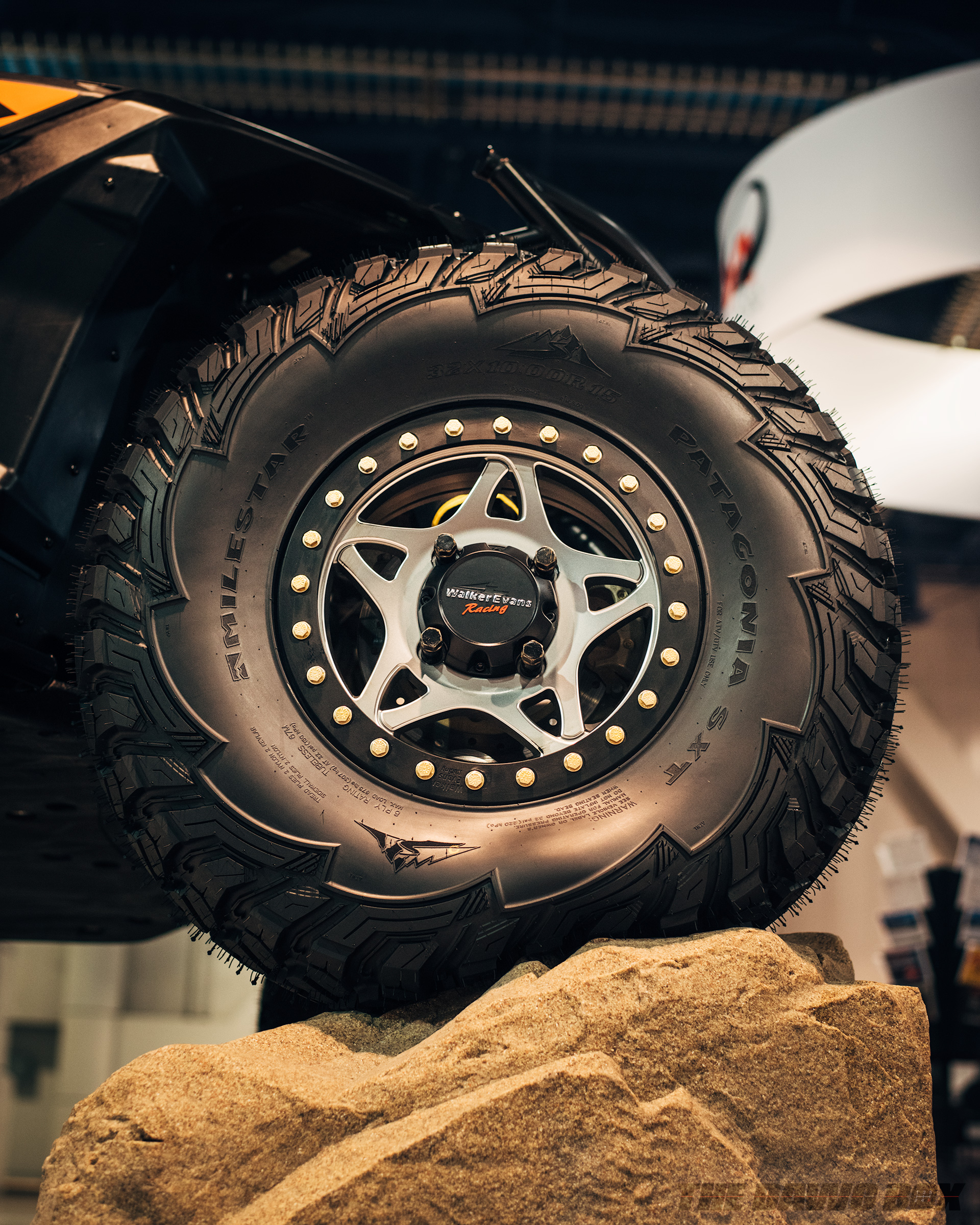 Cora & Erik got to put them to the test when they headed to Sand Hollow State Park in Utah after displaying the Can-Am in Milestar’s booth at the SEMA Show. “It was nice not to be in a serious competition and be able to just play around in the sand,” said Erik, “The scenery is spectacular and the sand is very fine and deep. I experimented with air pressure to get the maximum flotation in the sand. The way the tread wraps around the sidewall of the tire gave me excellent traction while aired down. We were in some big dunes but also hit some rocks and hard packed two-track trails. It was quite an experience; I’m hooked. We don’t have dunes in New York where we live.” 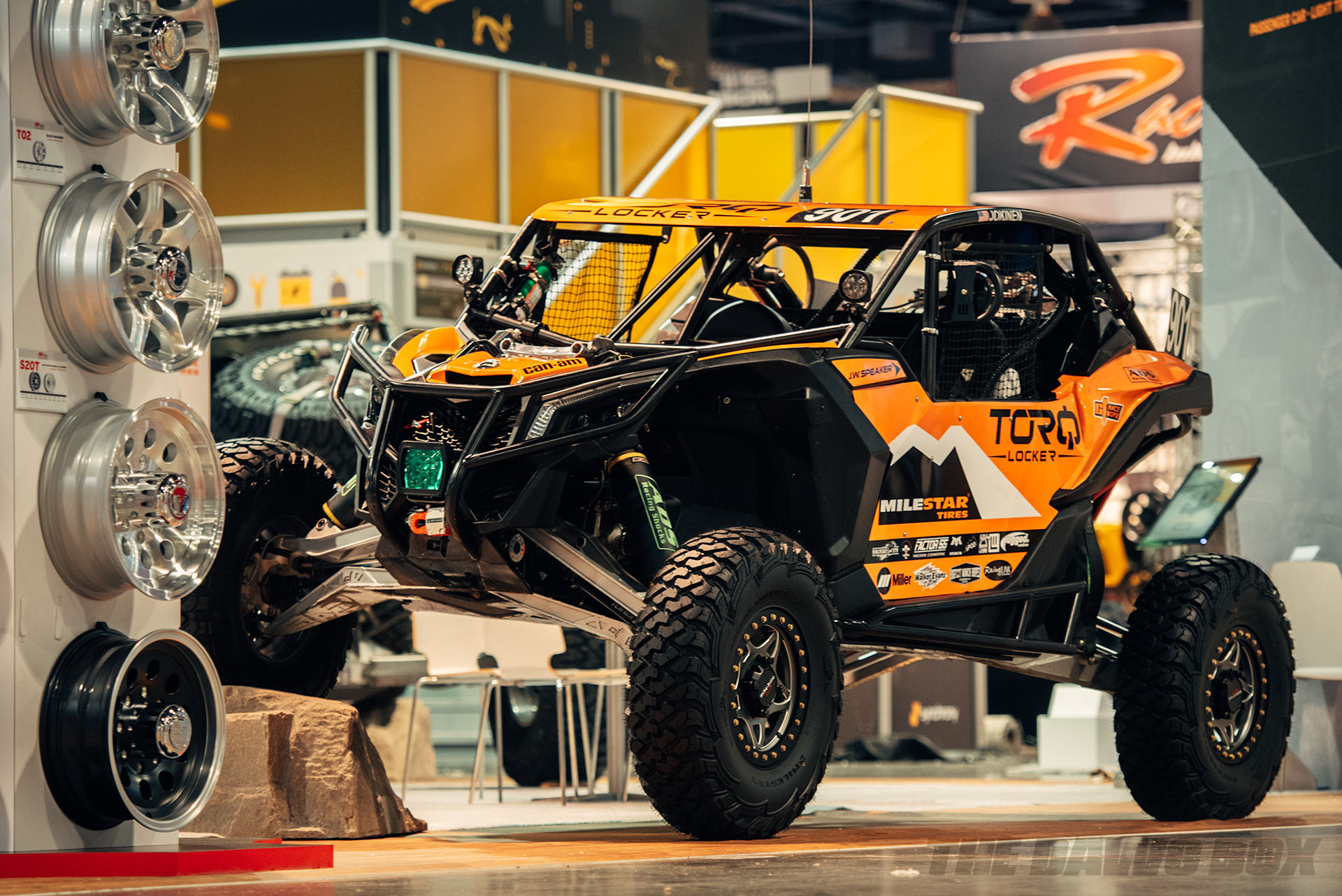 Erik says they will be racing Dirt Riot events back East next season and might even do some rock bouncing. That is where you point your UTV up a steep rutted, and rocky trail to see how fast you can make it up. It’s not for the faint of heart, but the fans love it. You need lots of traction, but also a tough tire that can take the incredible abuse. Their Milestar SXT’s will be the hot ticket in those conditions.