Nitrous and the N2O Need-to-Know 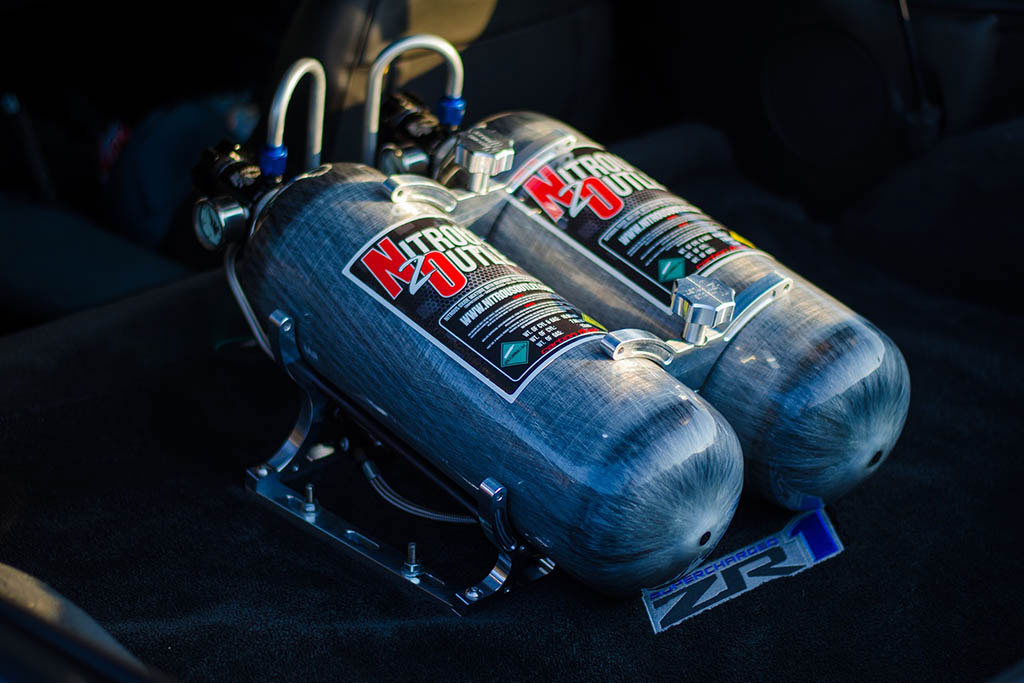 Call it spray, squeeze, juice, the bottle, or simply “naws” – nitrous oxide is one of the high performance world’s most popular power-adders, as well as being the most misunderstood. Because it’s easy to conceal a nitrous oxide injection setup, many consider it to be ‘cheating.’ Because it’s easy to give an engine more than it can safely handle, many consider it dangerous to your car’s health. Today, we’re going to take a quick look at how it works, bust a few myths, and tell you what you need to know about N2O. 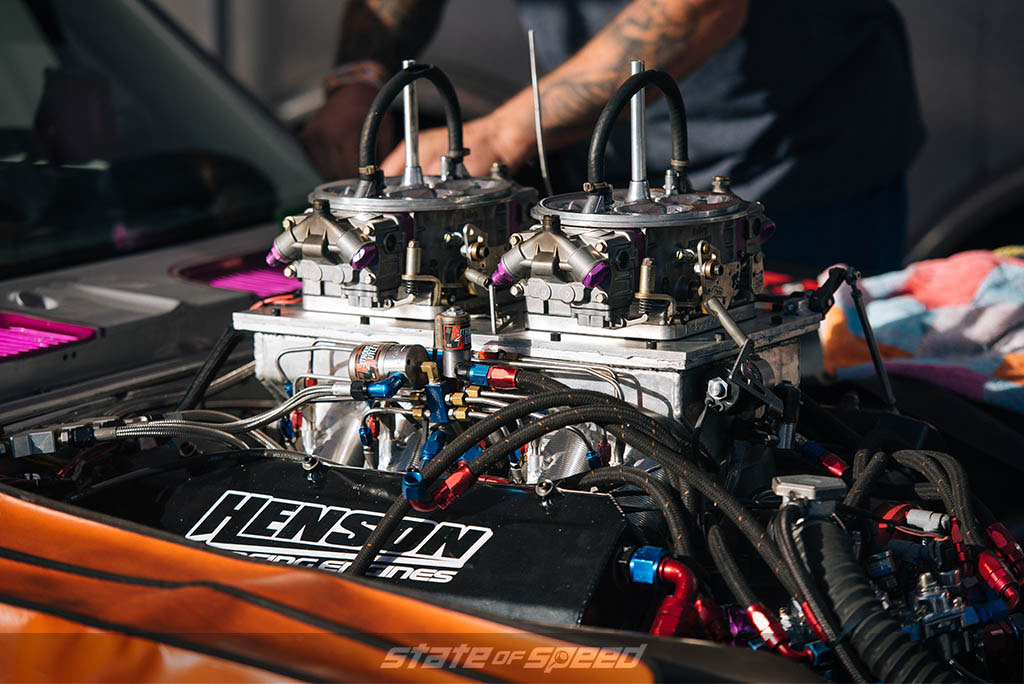 Nitrous oxide is a chemical compound consisting of two nitrogen atoms bound to a single oxygen atom. First synthesized in 1772 by Joseph Priestly (who was the guy who arguably was the first chemist to discover and isolate oxygen), by the mid-1800s its effects on human consciousness had led to its use as both an anesthetic for medical purposes and a party drug, both of which continue to this day.

It took another century for its usefulness as a power-adder for piston engines to be widely recognized; during the Second World War, many Luftwaffe fighter aircraft were fitted with what was referred to as the GM-1 system of nitrous oxide injection that greatly improved engine performance at very high altitude. Post-war hot rodders in the US made sporadic use of the gas, but in the late 1970s, the aptly-named Nitrous Oxide Systems (or NOS) company popularized it by producing the first widely-available kits and components that made it relatively easy to use without an engineering degree.

People will often say that an engine is “like an air pump” – while that analogy is useful to a point, a better analogy would be a forge. Pump more air into the forge with bellows, and the fire gets hotter and more intense. The energy an engine can produce is directly related to how much fuel it can efficiently burn, and in order to create more horsepower, you have to burn more fuel, more quickly. In a high-performance naturally-aspirated engine, multi-valve cylinder heads and high RPM do the job of rapidly combining fuel and air into a mixture that can be ignited and turned into pressure to move the pistons. In a turbocharged or supercharged engine, a mechanical compressor forces additional air into the cylinders for every combustion cycle, and the additional air allows more fuel to be burned and converted into useful work. 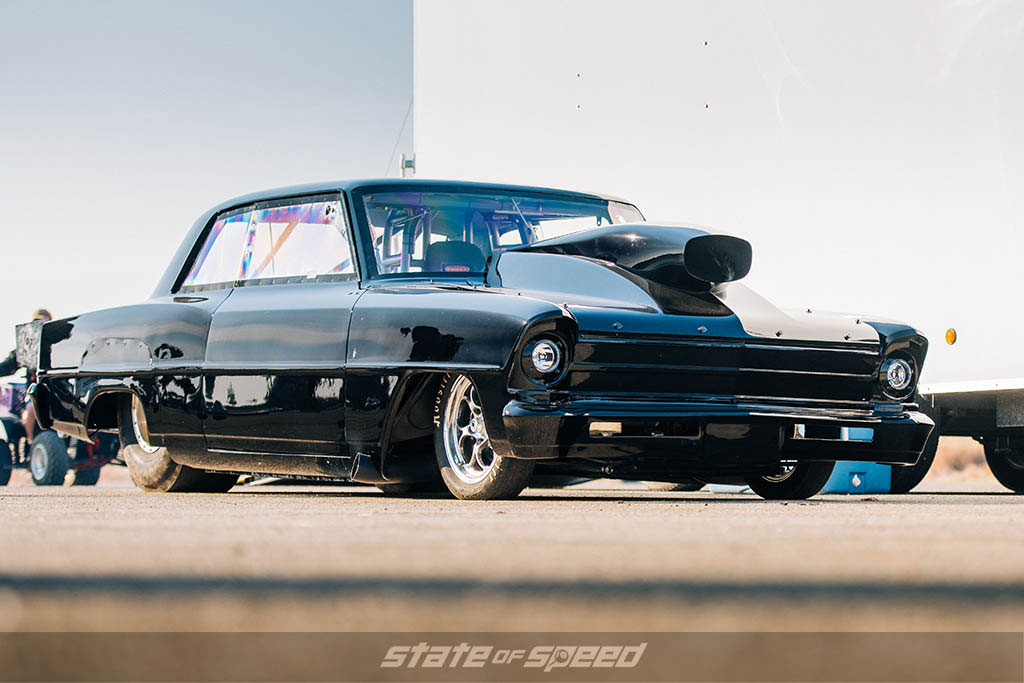 In an engine with nitrous oxide injection, instead of increasing the rate of combustion events per second, or forcing more outside air into each one of those events, the composition of the intake air gets changed. The normal air we breathe is about 21 percent oxygen, give or take, while nitrous oxide brings one oxygen atom to the party for every two nitrogen atoms – about a 12 percent increase in the oxidizer available to burn more fuel. 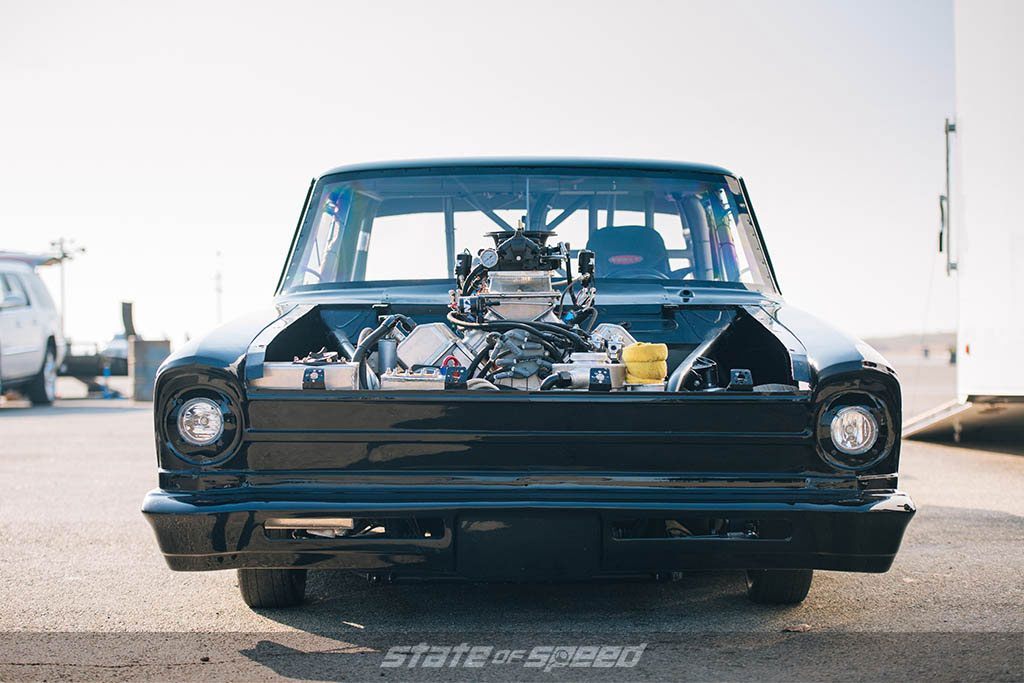 “Why not just use pure oxygen instead?” you might ask. The answer is that nitrous oxide has another trick up its sleeve. Because it takes energy in the form of heat to decompose it into nitrogen and oxygen molecules, using N2O as an oxidizer has a ‘buffering’ effect. At around 1,050 degrees F inside the combustion chamber, the oxygen is liberated, but not before absorbing some of the heat of combustion to power the reaction, slowing and controlling it. Pure oxygen fed into an engine will cause something more like an explosion than a controlled flame, but nitrous oxide is well-suited to the task of burning more fuel, without an uncontrolled reaction. 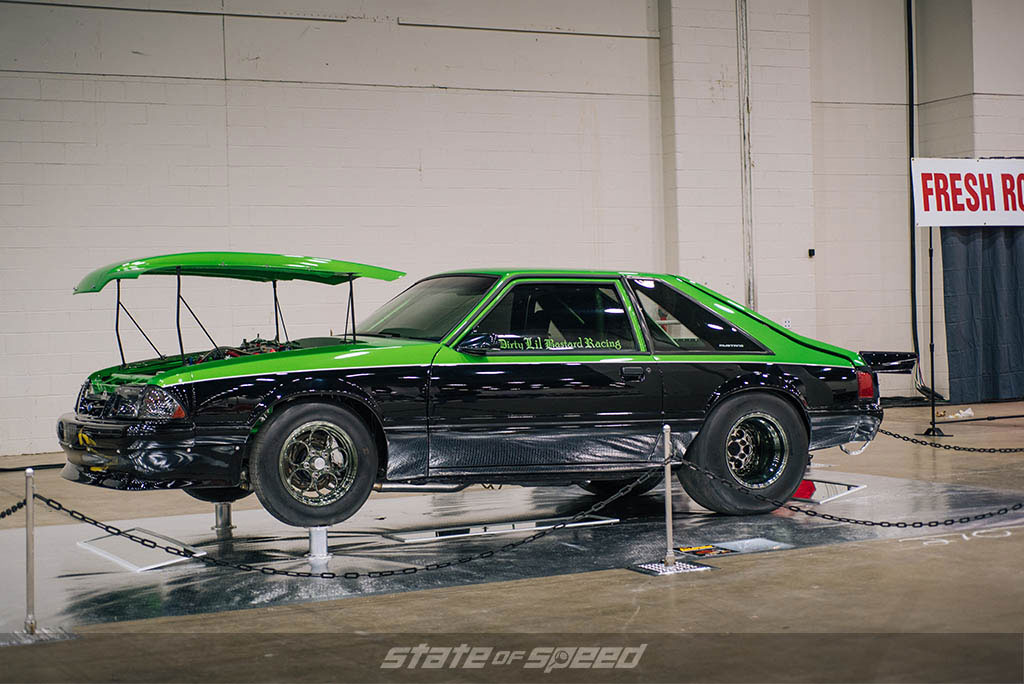 Nitrous oxide also has the benefit of cooling the ‘normal’ intake air charge as well. Stored as a liquid under pressure, when it’s released into the intake tract it flashes to a gaseous state, and the energy required for this phase change super-cools the air around it. This increases the density of the intake charge, delivering more air to mix with the available fuel and further adding potential power.

There are two basic kinds of nitrous oxide systems: “dry” and “wet”. Dry systems only add nitrous oxide to the intake charge, while wet systems provide both N2O and additional fuel. Dry systems were developed first, and relied on carburetors or mechanical fuel injection calibrated to run very rich when the system wasn’t in operation, so they wouldn’t be dangerously lean when the nitrous began to flow. Modern dry systems are a different story – they’re typically connected to an electronic fuel injection system that can provide the desired amount of additional fuel on command upon activation.

Wet systems are designed in a way so that when the system is activated, a calibrated dose of both fuel and nitrous oxide is delivered to the intake airflow at the same time. Both types of systems can introduce nitrous or the nitrous/fuel mix at a single point in the intake plenum, through a plate with spray bars or slots, or via individual nozzles located in each cylinder’s intake runner. 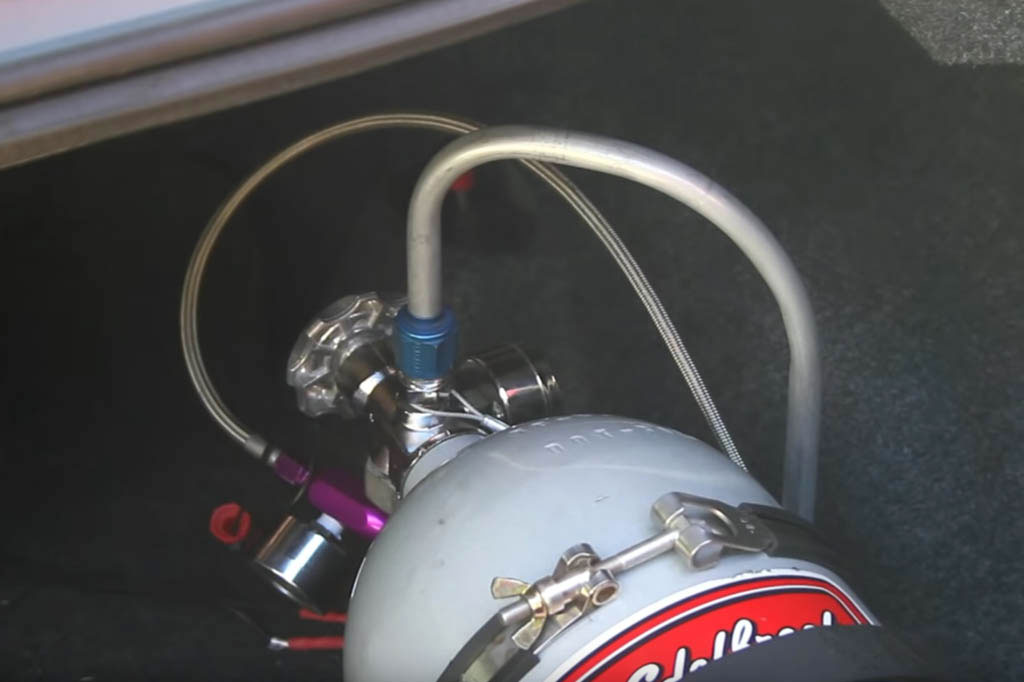 Nitrous oxide is stored in a self-pressurizing tank, with a capacity measured by the weight of its contents – ten and fifteen pound tanks are the most common. The tank is partially filled with nitrous oxide that is in a liquid state, topped by nitrous oxide gas. A siphon tube extends down to the bottom of the tank and leads to a valve that supplies the system. The pressure in the tank is determined by its temperature, and as nitrous flows out, some of the remaining liquid “boils off” inside the tank. To maintain temperature, a thermostatically-controlled electric heater can be used; sometimes you will see racers use a propane torch to heat a bottle, but this is an extremely dangerous practice as it can lead to weak spots in the tank that may not cause it to blow up on the spot, but that can lead to it catastrophically failing in the future when it is being refilled. 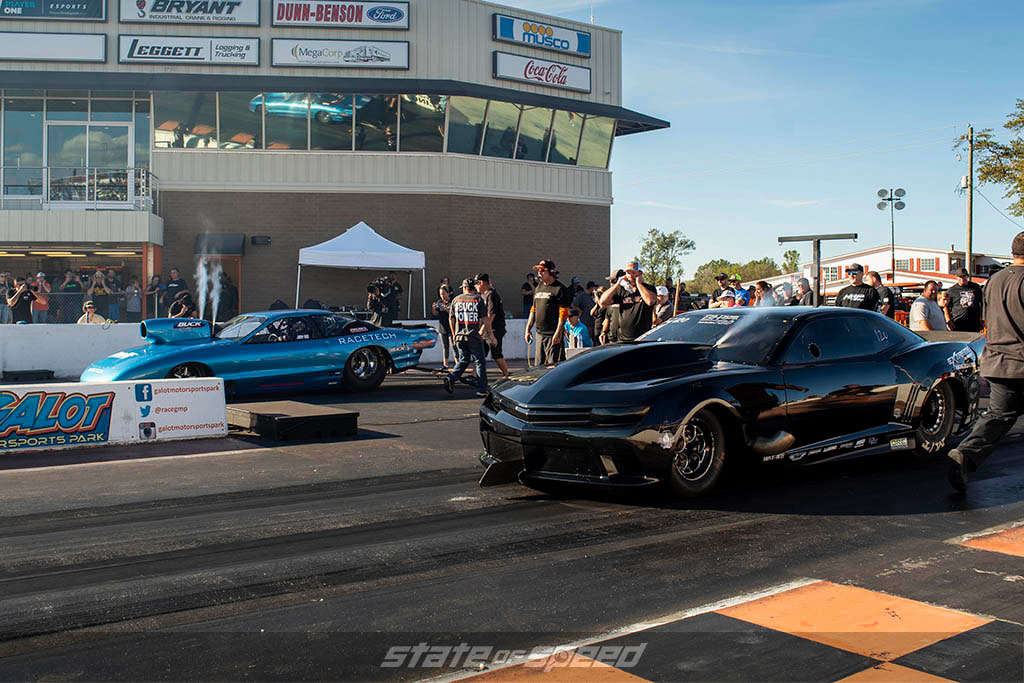 Nitrous flows from the valve up to the engine bay, where a solenoid (an electrically-operated on/off valve) controls the activation of the system. Wet nitrous setups will have a solenoid to control the flow of additional fuel as well, which is activated by the same circuit as the nitrous solenoid. One popular addition to the nitrous plumbing is a “purge solenoid” located adjacent to the main nitrous solenoid – by momentarily opening it, gaseous nitrous oxide is purged from the supply line and liquid is brought all the way up to the main solenoid, so that when the system is first activated it won’t briefly run rich.

Past the solenoids, the nitrous (and fuel in a wet system) proceeds to the plate or nozzle where it will be injected into the engine. At the connection to the plate or nozzle, a ‘jet’ is inserted inline to regulate the flow. Jets are made from brass, stainless steel, or other similarly durable materials and have small, very precise holes drilled through them. These orifices, measured in thousandths of an inch in diameter, are used to calibrate the oxidizer and fuel mixture. System manufacturers provide charts that explain, “With this nitrous jet, and this fuel jet, your engine will produce this much extra horsepower.” 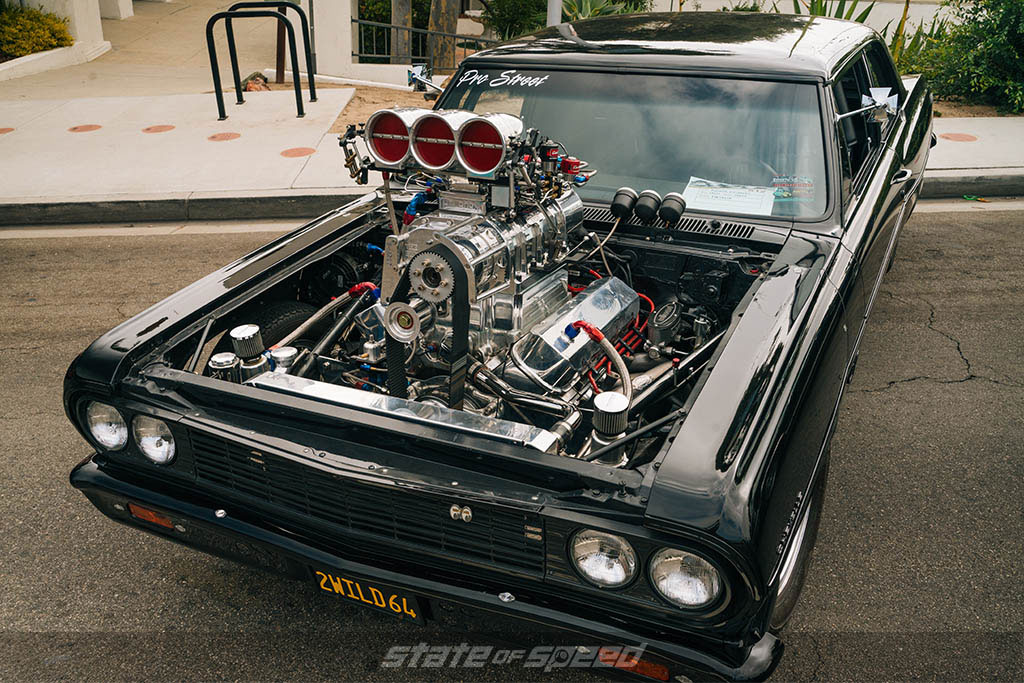 It’s worth noting that the horsepower provided by a particular jet combination is constant, whether the engine is a 1.6 liter 4-cylinder or a 500 cubic inch big block V8, and it’s not dependent on engine RPM either. “100-shot” jetting is going to be very, very hard on a small four-banger, but is usually going to be OK with a large displacement eight cylinder engine. Even the V8 is going to have a hard time digesting that much fuel and nitrous below 2,000 RPM, though, because there aren’t going to be very many combustion cycles per second to safely burn all that extra fuel. 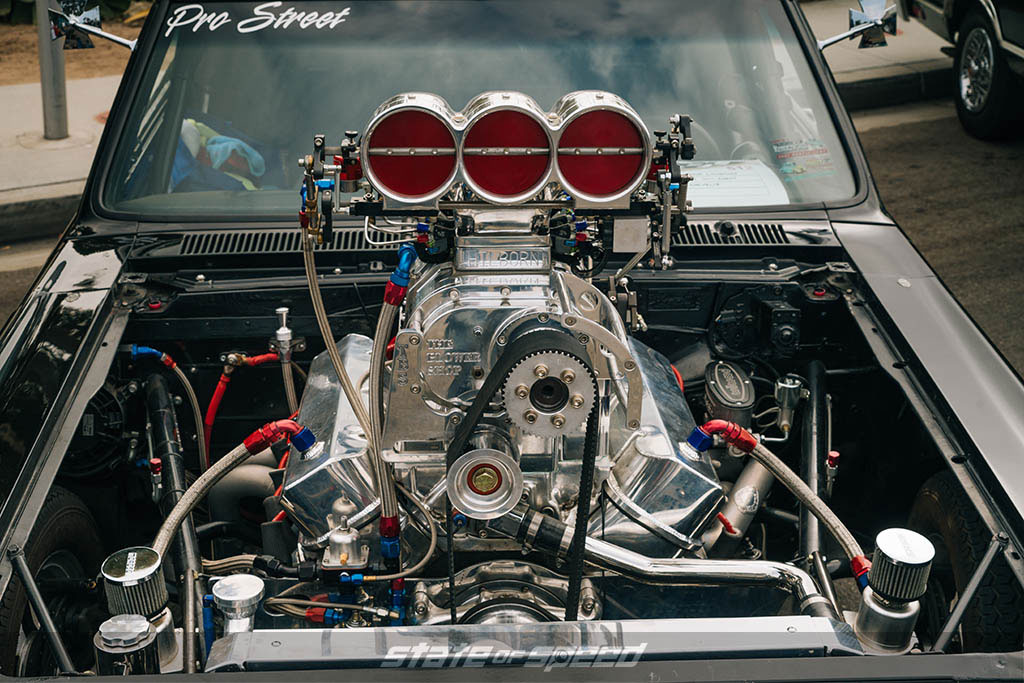 To increase the safety of a nitrous system, it’s possible (and advisable) to include components like a ‘window switch’ that will prevent the system from operating below or above preset RPM limits, a fuel pressure switch that shuts things down before the engine runs too lean, and even sophisticated progressive and multi-stage controllers that can pulse the solenoids many times per second instead of leaving them wide open as well as actively reducing ignition timing to prevent detonation. This allows the user to create a customized power delivery curve for the nitrous assist instead of it being a simple on/off proposition. But all of that aside, the most important advice to a would-be nitrous oxide user is “don’t be greedy – follow the manufacturer’s recommendations.”

Because it’s so easy to switch jets in a nitrous system (sometimes known as ‘pill it till you kill it’), the temptation is always to step things up and see what happens. But when used as directed, nitrous oxide is a safe, inexpensive, and effective way to significantly increase the performance of almost any engine.