In the 140-plus years since the modern internal combustion engine was invented, there have been a countless variety of different designs; 2-, 4-, and even 6-stroke cycles, inline, vee, W, X, H, and horizontally opposed cylinder arrangements, combustion chamber shapes ranging from flathead to hemispherical, and all manner of the different valve and camshaft configurations. The technological pressure cooker of wartime development brought forth oddities like the Great War’s rotary piston engines that spun the entire crankcase and cylinders around a crank firmly bolted to an aircraft’s nose. Those evolved into radial engines with stationary crankcases, culminating in massive 28-cylinder beasts displacing more than 4,000 cubic inches and delivering 4,300 horsepower by the end of the Second World War. Then, there was the truly strange “Deltic” design that arranged three crankshafts at the corners of a triangle, each powered by pistons that moved in opposition to each other, with no cylinder head at all.

It’s the sort of mechanism that feels like it was reverse-engineered from a crashed UFO, or taken straight from the Old Testament book of Ezekiel compared to a piston engine. 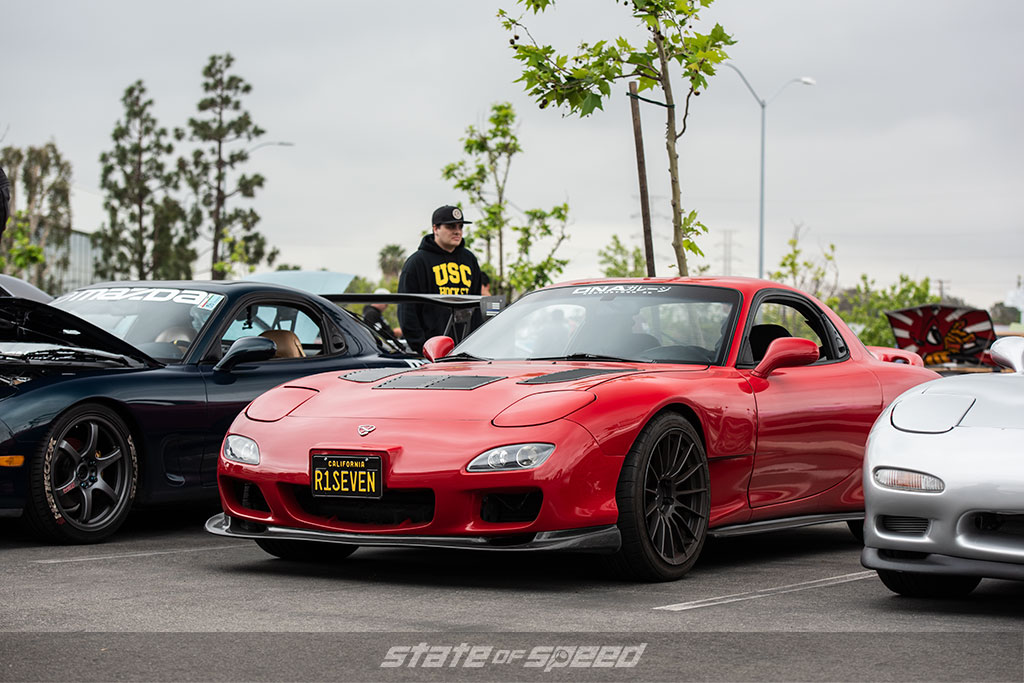 But whatever form even the strangest of those engines took, they all shared one design feature that Nikolaus Otto, the creator of the first modern internal combustion engine, would instantly recognize: A reciprocating piston moving back and forth in a cylinder bore, translating linear motion into rotation via a connecting rod and crankshaft. It’s a concept so simple and elegant, but so well-suited to the task that the overwhelming majority of internal combustion engines have employed it. Though they’ve grown in sophistication over the years with new materials and manufacturing techniques, decent piston engines can be made using very basic design skills and fairly simple machine tools. Because of how difficult it is to build a “better mousetrap” than a piston engine, almost every attempt has fallen short in one way or the other and been forgotten, with one notable exception: The Wankel rotary.

Thinking Outside the Box (Or Tube, in This Case)

First conceived in the late 1920s by German engineer Felix Wankel, despite having only two main moving parts, the rotary engine’s principle of operation isn’t intuitive at first glance like a conventional piston engine. The Wankel goes through the same four stages as a piston engine – intake, compression, combustion, and exhaust – using a bowed triangular rotor that moves around an oval housing (technically, an ‘epitrochoid’ shape, a word that means “you didn’t do well enough in your Trig class to understand what’s going on here”) on an eccentric shaft. A fixed gear on the side of the housing engages a ring gear on the inside of the rotor so that for every complete turn of the rotor, the eccentric shaft turns three times.

It’s the sort of mechanism that feels like it was reverse-engineered from a crashed UFO, or taken straight from the Old Testament book of Ezekiel compared to a piston engine. But the important thing is that the motion of the rotor within the housing causes the volume between the rotor face and housing to vary in a useful way, just like the rise and fall of a piston in a cylinder bore. Though Wankel filed his first patent for the rotary engine in 1929, it would take until 1957 for him to develop a working prototype while employed at the German NSU car company. His original prototype, while using the same general principle as the rotary engines we are familiar with today, was somewhat more complex with a rotor housing that spun inside an outer casing as well as the moving rotor on the interior.

Working in parallel (and without Wankel’s knowledge), NSU engineer Hanns Dieter Paschke also developed a working prototype stationary-housing rotary engine in 1957, and it would be this design that evolved into a practical car engine. Intrigued by the potential of the Wankel, auto manufacturers from around the world, including AMC, Ford, General Motors, Citroën, Mercedes-Benz, and even Rolls-Royce licensed the design to develop their versions, but in the end, Mazda was the only company to produce Wankel rotaries in any significant quantity. While the rotary had some significant advantages over conventional piston engines, it also had several drawbacks that were inherent to the design, plus several non-trivial technical hurdles to overcome before it was suitable for mass production.

You Win Some, You Lose Some

On the positive side, the Wankel ran with a smoothness that no piston engine could match. In television ads, Mazda used a catchy folk song with the chorus, “Piston engine goes (boing, boing, boing), Mazda engine goes ‘hmm’” to emphasize that attribute. The lack of reciprocating parts also meant that Wankels could safely turn RPM numbers that would float the valves on any conventional production line piston engine, limited only by the strength of the rotor and stationary gears and what the engine-driven accessories like the alternator and water pump could endure.

In terms of size and weight, rotaries are extremely compact and light for their power output. Though they commonly had their displacement described in terms of a single chamber on each rotor’s volume (making the ubiquitous Mazda 12A and 13B rotaries nominally 1.2 or 1.3 liters), the fact that there were three such chambers for each rotor made them perform more like an engine with twice the stated displacement.

…NSU’S struggle to build production rotaries that didn’t blow bits of apex seal out the exhaust was the major reason the Wankel quickly gained a reputation as an unreliable engine.

As far as drawbacks go, the first problem facing anyone trying to make the Wankel practical as a production car engine was creating effective and durable seals. In a conventional piston engine, the gap between the piston and the cylinder wall is sealed by a ring package that uses a combination of gas pressure directed into the ring lands and the pressure differential between the area above and below the ring itself to dynamically load the top ring and keep it at the proper tension. While modern piston ring design and the materials used have become very complicated and sophisticated, simple iron rings with a square profile will do the job quite nicely if you’re not trying to squeeze out that last few percentage points of power and efficiency. As a bonus, circular rings are a piece of cake to manufacture to precise tolerances as well.

This isn’t the case with a Wankel. A look at how the rotor oscillates in the housing tells you that you’re going to need three long, gently curved seals on either side of the rotor, plus three seals at the apex of each point of the rotor’s triangle to separate the individual “combustion chambers” from one another. While the side seals didn’t turn out to be a big deal, coming up with apex seals that were durable enough for a production car ended up being a real challenge. NSU’s struggle to build production rotaries that didn’t blow bits of apex seal out the exhaust was the major reason the Wankel quickly gained a reputation as an unreliable engine.

Mazda managed to develop reliable apex seals for their rotaries, but another challenge came from the fact that unlike a piston engine, where the cylinder bores are continuously lubricated by oil slung from the connecting rod bearings as the crankshaft spins, there’s no convenient way to get lubrication to the apex seals. The solution came from injecting small amounts of engine oil into the intake airstream, providing the same end result as premixed fuel and oil for a 2-stroke dirt bike or chainsaw.

In the end, rotaries proved to be more trouble than they were worth, even for Mazda, at least in terms of production car use.

Unfortunately, about the same time Mazda got that issue figured out, the oil crisis of 1973 sent fuel prices skyrocketing, and in the US, emissions standards began to be taken seriously. This double whammy hit the Wankel where it lived – although the engines were efficient in terms of size and weight for their power output, their Brake Specific Fuel Consumption (the amount of gas required to produce a particular amount of horsepower) was poor compared to a conventional piston engine and having to constantly inject a bit of oil mist into the engine inevitably lead to unavoidable higher hydrocarbon emissions.

Thermodynamics Is a Harsh Mistress

As it turns out, a piston engine with cylindrical bores is about the best practical shape for keeping heat contained inside the combustion chamber, since it has the least surface area for any given volume. The arcane geometric wizardry that makes a Wankel even possible also dictates that the constantly changing combustion chamber shape is going to have a lot of surface area for the engine’s displacement, which means that a disproportionate amount of the heat energy from burning fuel is going to end up slipping away into the rotors, side housings, or endplates instead of doing useful work. That unavoidable fact meant that rotaries would never be able to match a conventional piston engine’s fuel economy pony for a pony, even when installed in a car optimized for the Wankel’s lightweight.

There are other quirks to rotary engine design as well – because of that oddly-shaped combustion chamber, Mazda used two spark plugs per rotor with staggered ignition timing to make sure the air/fuel charge burned as completely as possible. Additionally, variable cam timing and/or valve lift can dynamically change the characteristics of a piston engine’s combustion cycle, but a Wankel engine’s intake and exhaust timing are fixed, much like a valveless two-stroke engine, dictated by the position of the ports on the side housings and periphery of the center housing.

In the end, rotaries proved to be more trouble than they were worth, even for Mazda, at least in terms of production car use. The end of the line for the venerable original 13B, which remained in production for an astonishing three decades, came with the end of FD RX-7 production after the 2002 model year. By then, the 13B-REW had evolved into a twin-turbo 280 horsepower plumber’s nightmare of vacuum lines and emissions control hardware that was far removed from the simplicity promised by the original Wankel design. Its successor, the naturally-aspirated 13B-REW RENESIS found in the 2003-2013 RX-8, improved emissions, and fuel economy via a radical rework of the exhaust port location and truly heroic engine control calibration efforts, but ended up falling short of ever-more-restrictive emission limits in the US and Europe nonetheless.

…the real legacy of Herr Wankel’s inspired engine design is the unmistakable sound of a three-rotor peripheral port engine banging against the rev limiter at the race track, sounding like a cross between a machine gun and the end of the world.

Mazda continues to experiment with Wankel engine design, showcasing things like hydrogen-fueled rotaries that burn much cleaner than gasoline-powered designs in concept vehicles, but it’s unlikely that we’ll ever see the widespread enthusiasm for this radically different kind of internal combustion engine as we did in the late 1960s and early 1970s again. For niche applications where a high power-to-weight ratio and compact dimensions are critical, the rotary will retain its popularity, but the real legacy of Herr Wankel’s inspired engine design is the unmistakable sound of a three-rotor peripheral port engine banging against the rev limiter at the race track, sounding like a cross between a machine gun and the end of the world.