What Is a Carburetor?

State of Speed Basics – The Manly Science of Automotive Knowledge

There are three things necessary for an internal combustion engine to operate – Fuel, air, and a source of ignition. For most of automotive history, one piece of hardware controlled two of the three required elements: the carburetor.

At its most basic, a carburetor is any device that combines fuel and air into a mixture that will support combustion. In Perfect Chemistry Land, gasoline wants 14.7 parts air to each part fuel for a complete burn, but because engines don’t visit Perfect Chemistry Land very often, a carburetor has to be able to deliver air/fuel mixtures that are both leaner (more air) and richer (more fuel) than this perfect “stoichiometric” 14.7:1 ratio, depending on many different factors.

Sometimes the ratio will need to change for better fuel economy, or for maximum power. It will have to be different when the engine is cold than it is when the engine is up to its normal operating temperature. And it will even need to change moment to moment as the throttle (the “butterfly” valve connected to the accelerator pedal that controls how much air passes through the carburetor and into the engine) changes position.

In order to do that smoothly and effectively, carburetors evolved from simple devices that vaporized fuel into what are essentially sophisticated analog computers. The main data inputs are the manifold vacuum and throttle position, which represent how much air the engine is trying to draw in, and how much air the driver is allowing it to have, respectively. Based on these two primary factors, a complex series of air passages, calibrated orifices called ‘jets’ or tapered metering rods, and any number of other clever mechanical devices controlling the flow of air and fuel work together to deliver the correct mixture to the engine.

Carburetors fell out of favor for factory vehicles in the late 1980s as electronic fuel injection became available (and less expensive), with the last carbureted vehicles sold in the US bowing out in the early ’90s. Manufacturers found that EFI made it easier to comply with tighter emissions requirements, but in the world of high performance, carburetors still enjoy a lot of popularity for both street and race vehicles. 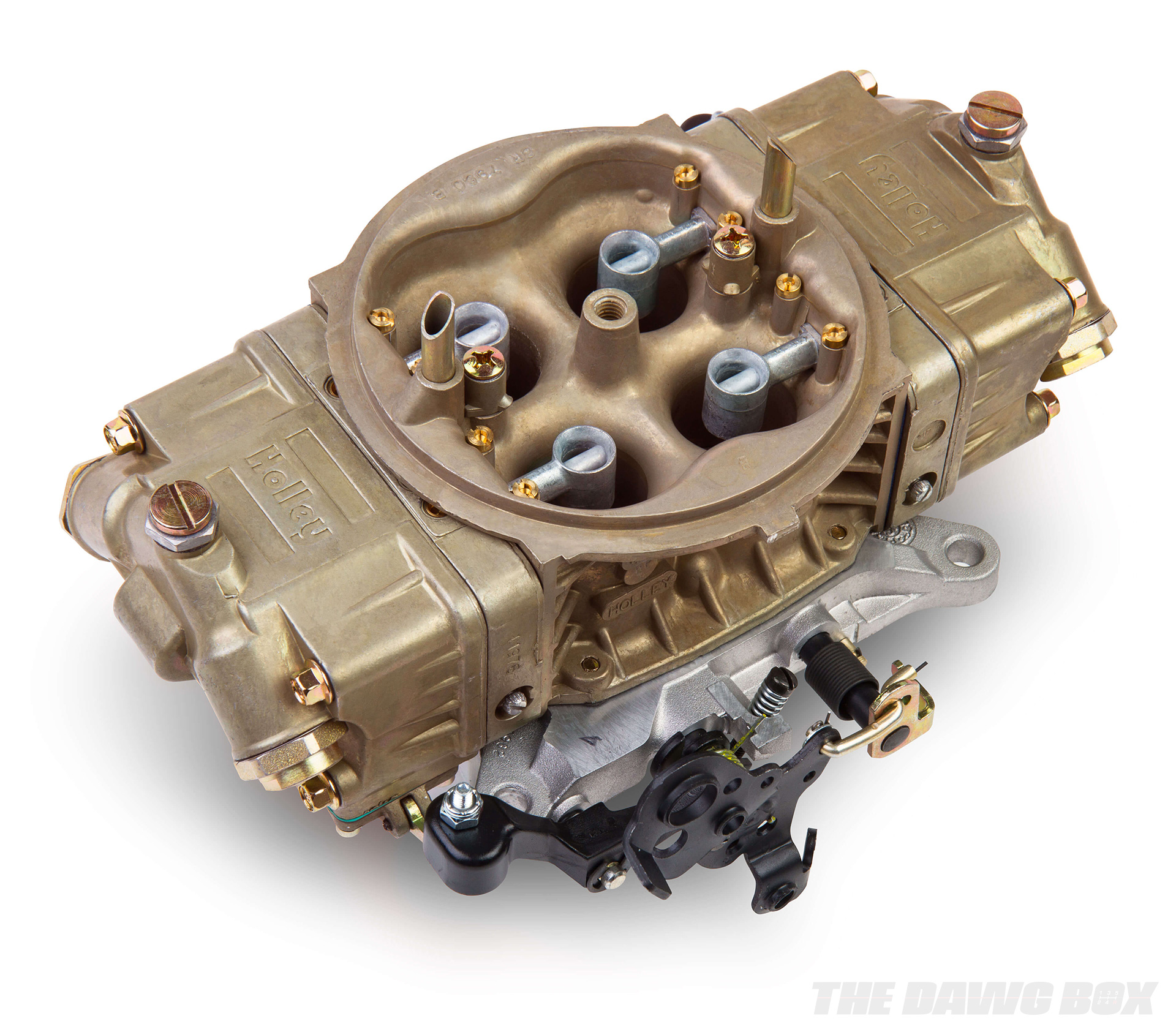 The Holley 4150-style carburetor is easily the most well-known performance carb and can be found on countless different factory muscle cars and race vehicles. 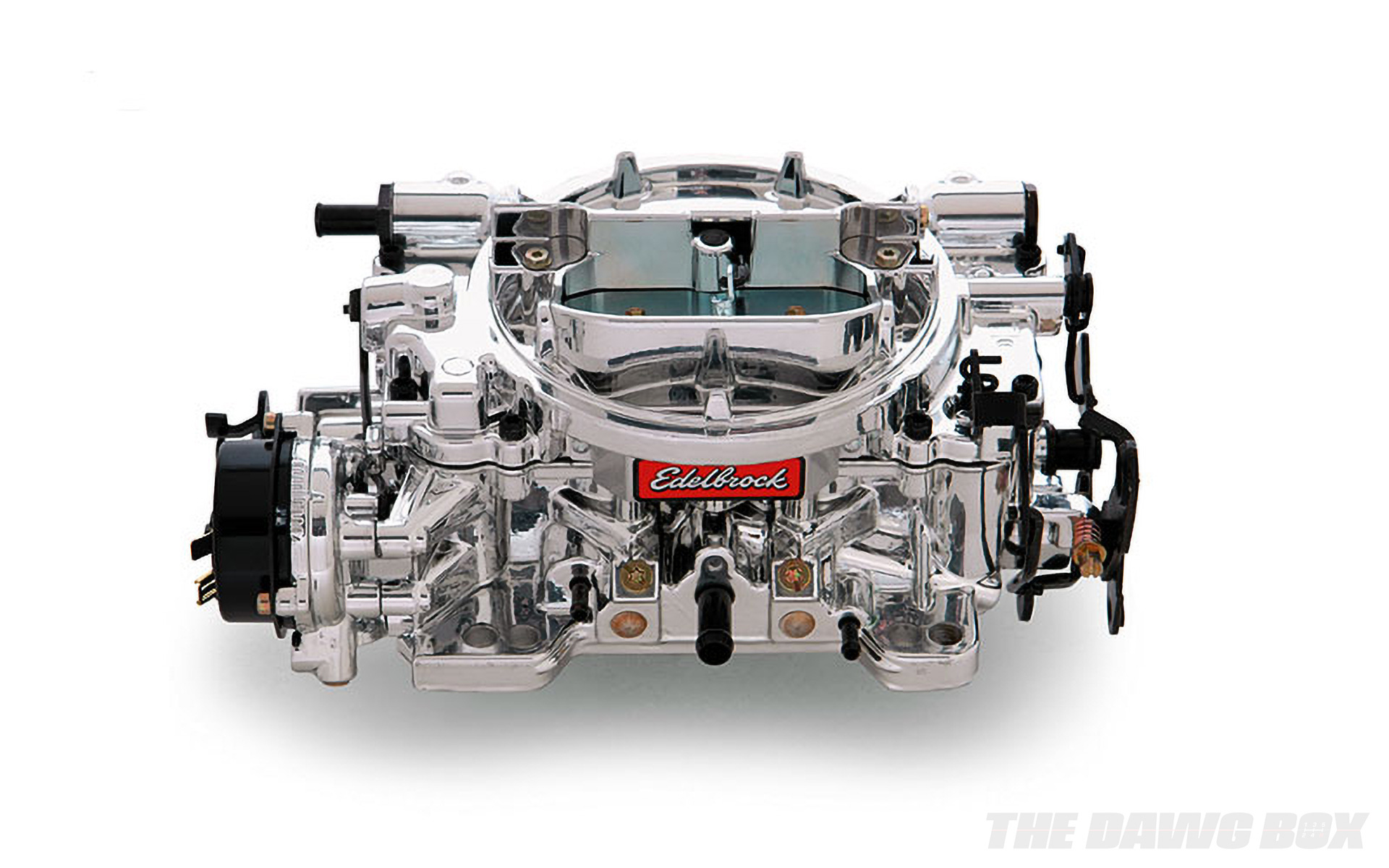 Edelbrock’s AVS carburetors are an update of another classic 4-barrel carb design. This polished show-quality model features an electric choke – the black cylinder on the left side of the carburetor contains a mechanism that automatically opens and closes the choke based on the electrical signal from a sensor installed in the engine’s cooling system. 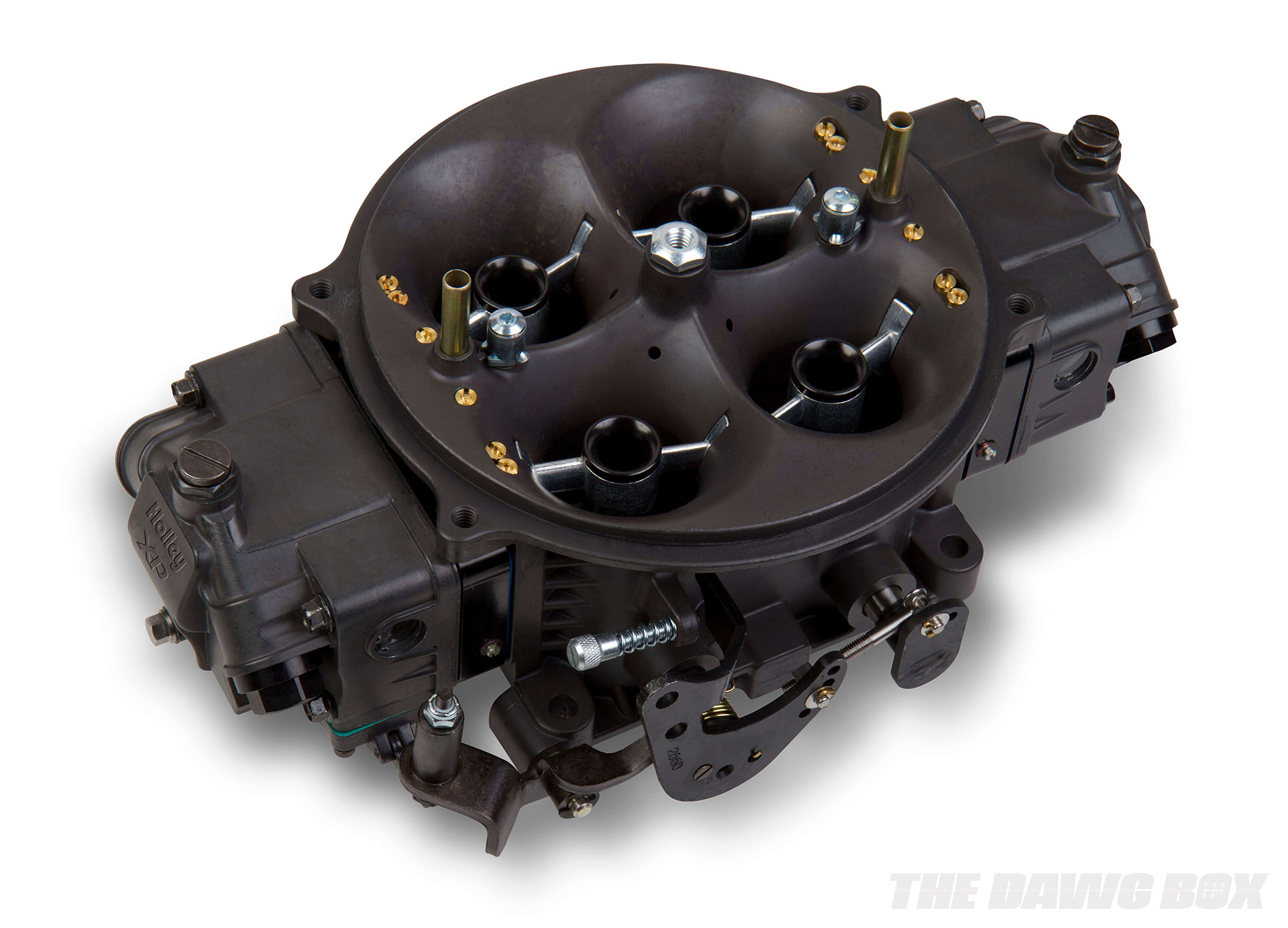 Holley’s ‘Dominator’ 4500-series carburetor is the big brother to the classic 4150, designed for engines that need more airflow than a smaller carburetor can provide.