There’s something about being a gearhead that seems to inspire a tribal instinct—a desire to seek out and commune with people sharing a similar interest. You see it in the eternal Ford versus Chevy rivalry, in the tuner car community where brand loyalty is as strong as family ties, and in the endless debates about what kind of racing is “the best,” from Formula One down to grudge night at the local outlaw eighth-mile dragstrip. 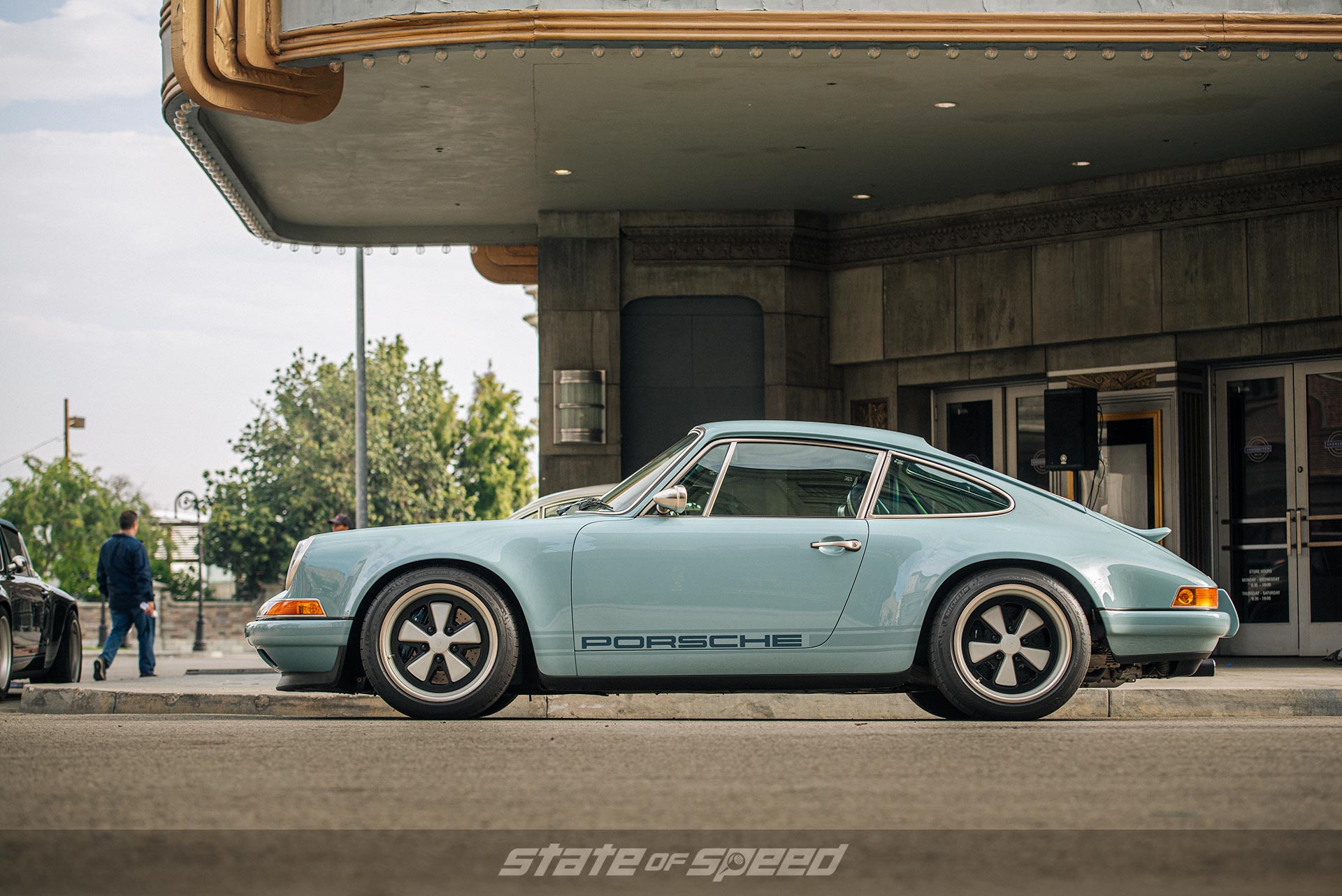 But when it comes to distilled essence of enthusiasm, it’s hard to find the equal of the air-cooled Porsche community. There are other marques that are more prestigious, perhaps—certainly Ferrari can lay claim to a racing history that rivals Porsche, and Lamborghini cars of the same era had a rarity and exoticness that put them in a different category altogether—but the cars from Stuttgart have always had a unique blend of racing success, outstanding performance, exceptional engineering, and most importantly, accessibility to those with big aspirations but relatively modest means. 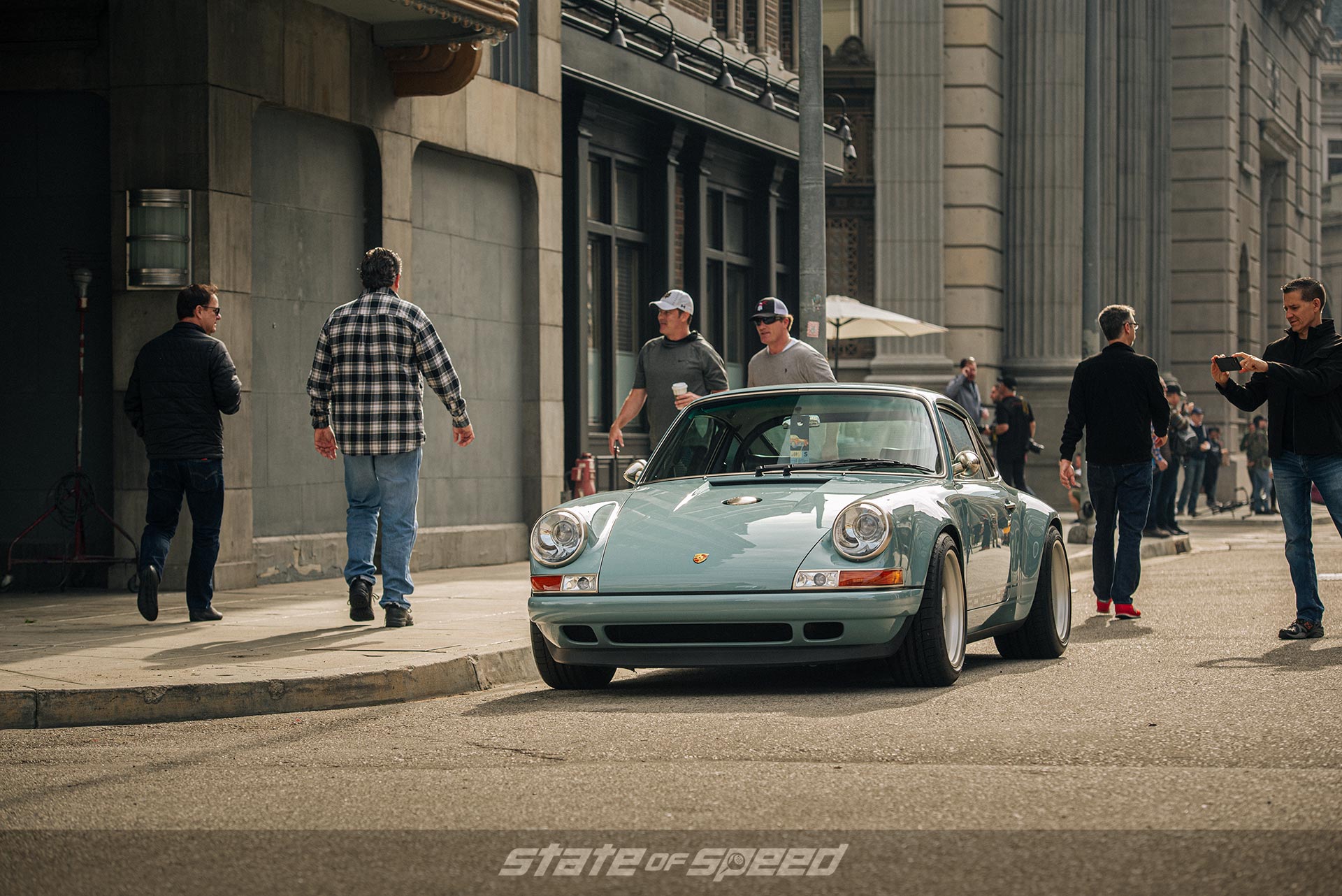 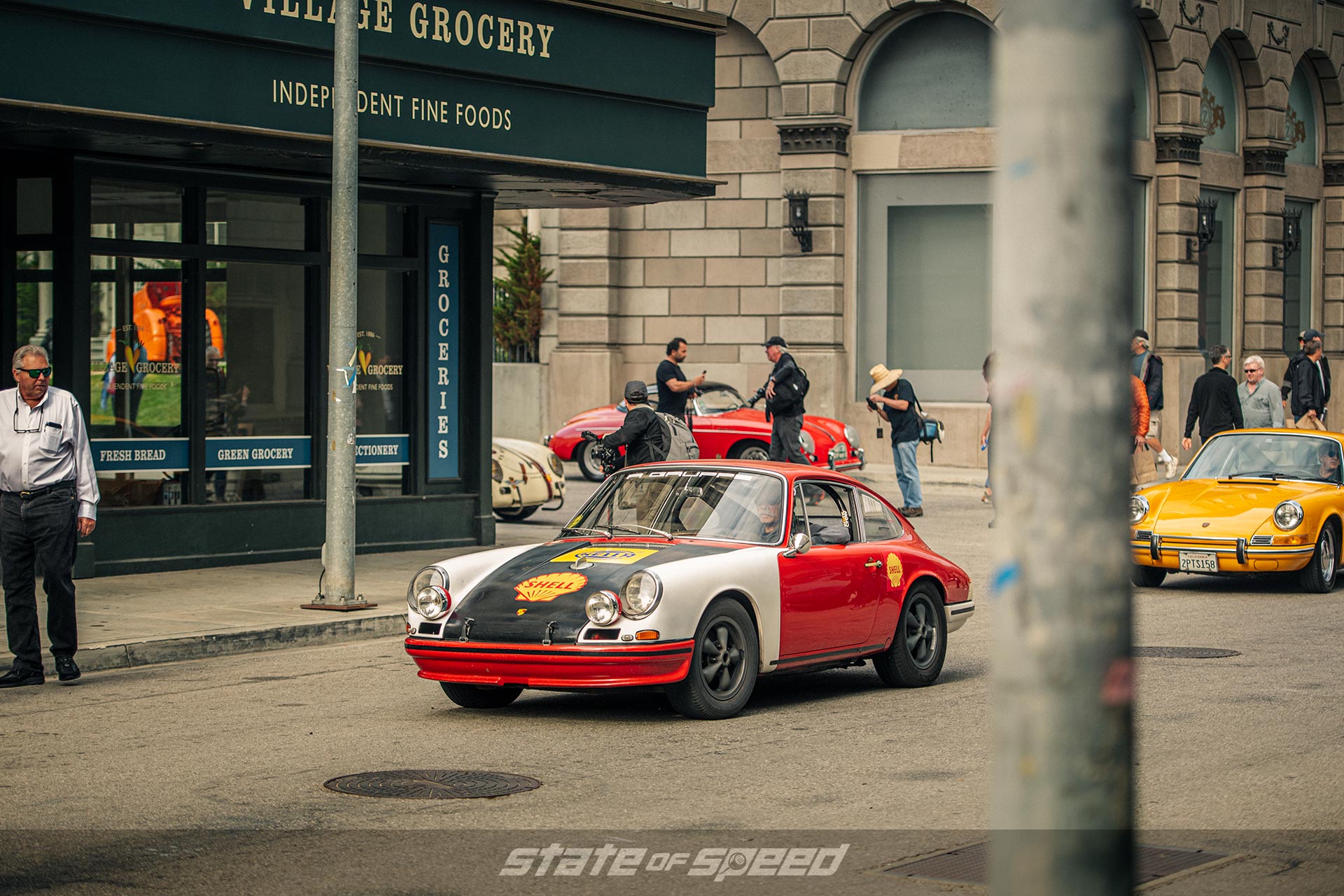 What all that fancy language boils down to is that Porsche enthusiasts are a different breed, and it’s no surprise that their foremost annual gathering is something entirely unlike any “car show” you’ve probably ever attended. 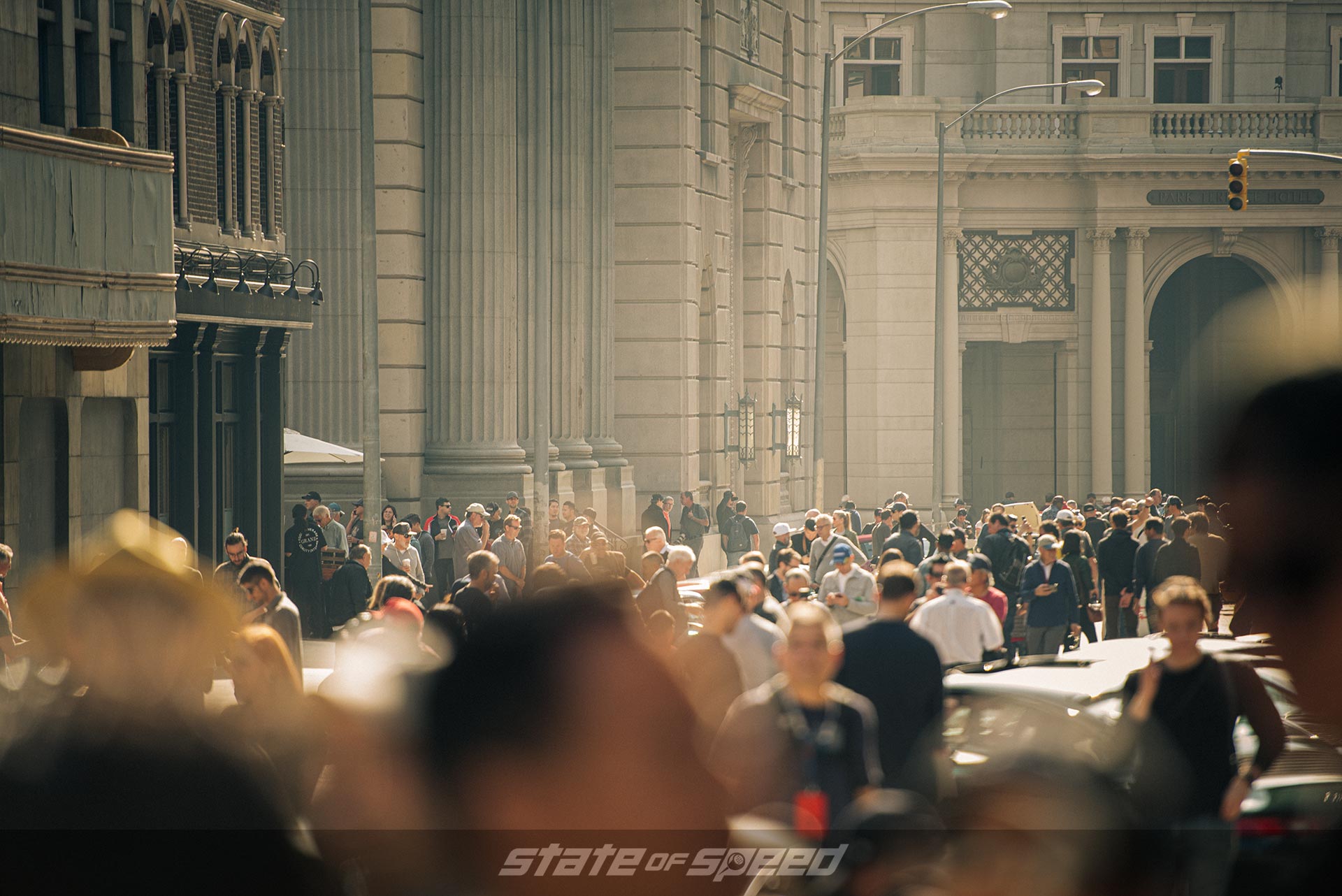 “Luftgekühlt” literally translates to “air-cooled,” but American ears will hear that final syllable as “cult,” and honestly, that’s not all that inappropriate. To attend Luftgekühlt is to enter a secret society devoted to the veneration of the cars that made Porsche legendary. 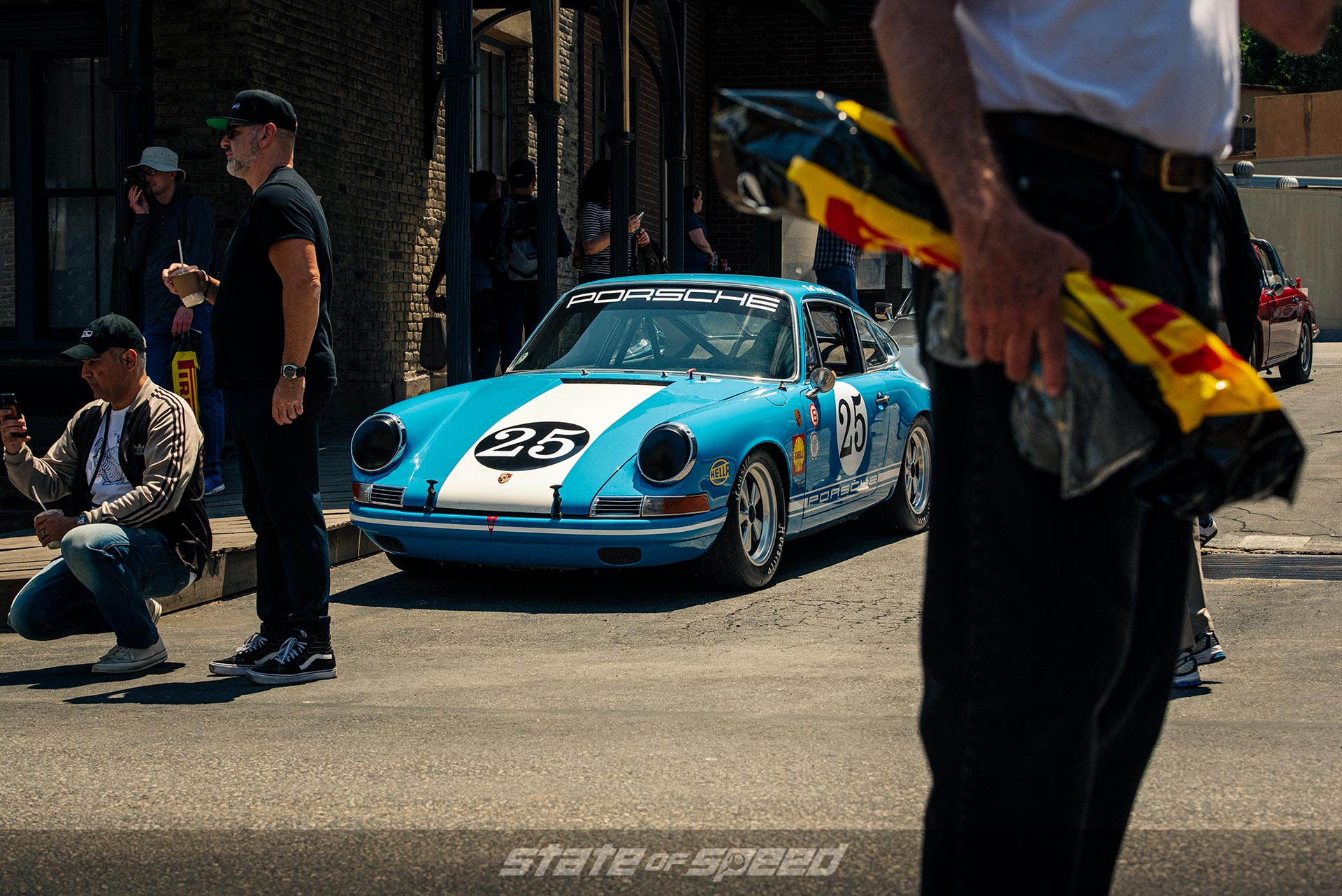 Put together by racer-entrepreneurs Patrick Long and Howie Idelson, Luftgekühlt has taken many forms in its five past iterations, with three meets in eclectic SoCal locations (including one in a Los Angeles lumber yard), one in Munich, and one in London. 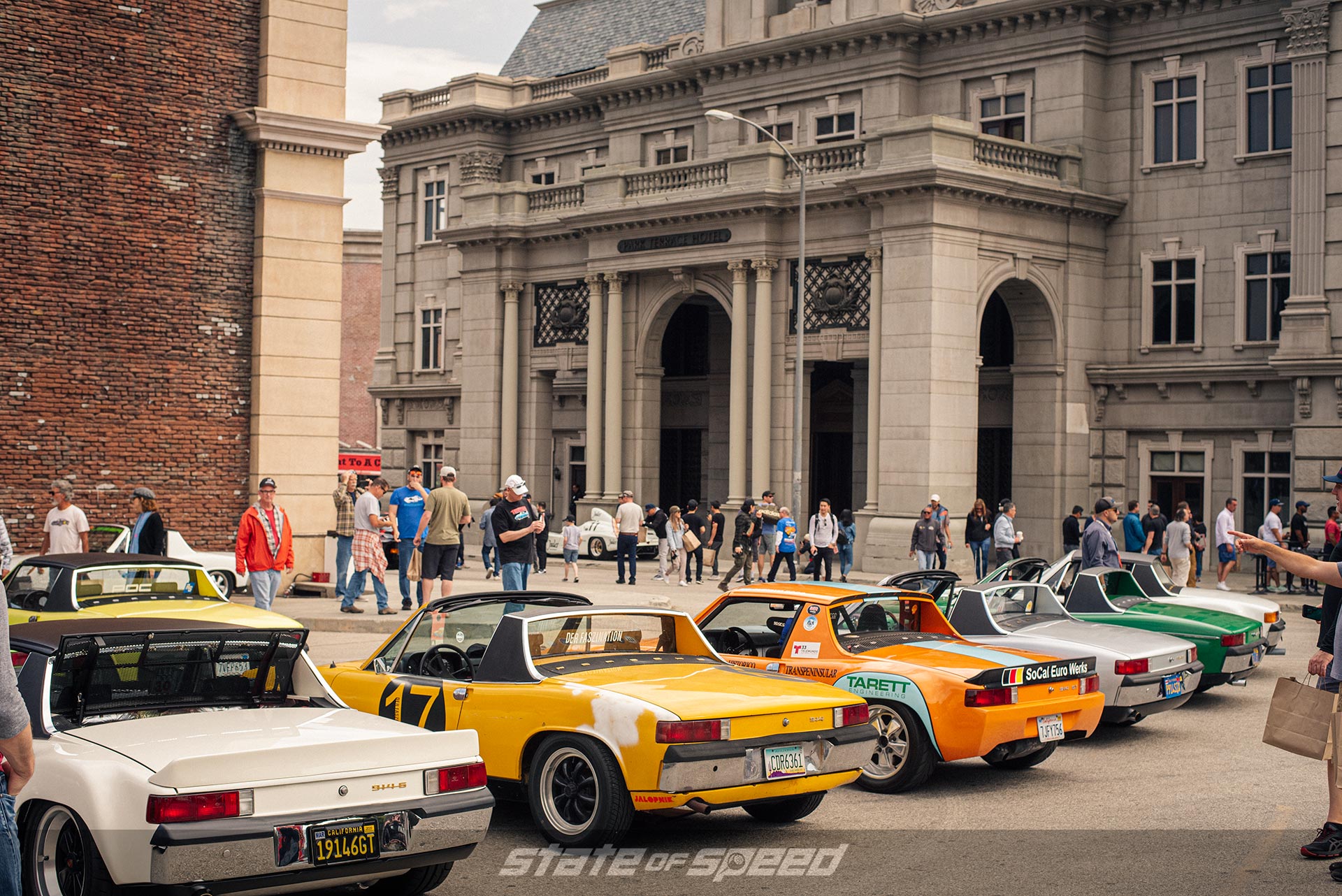 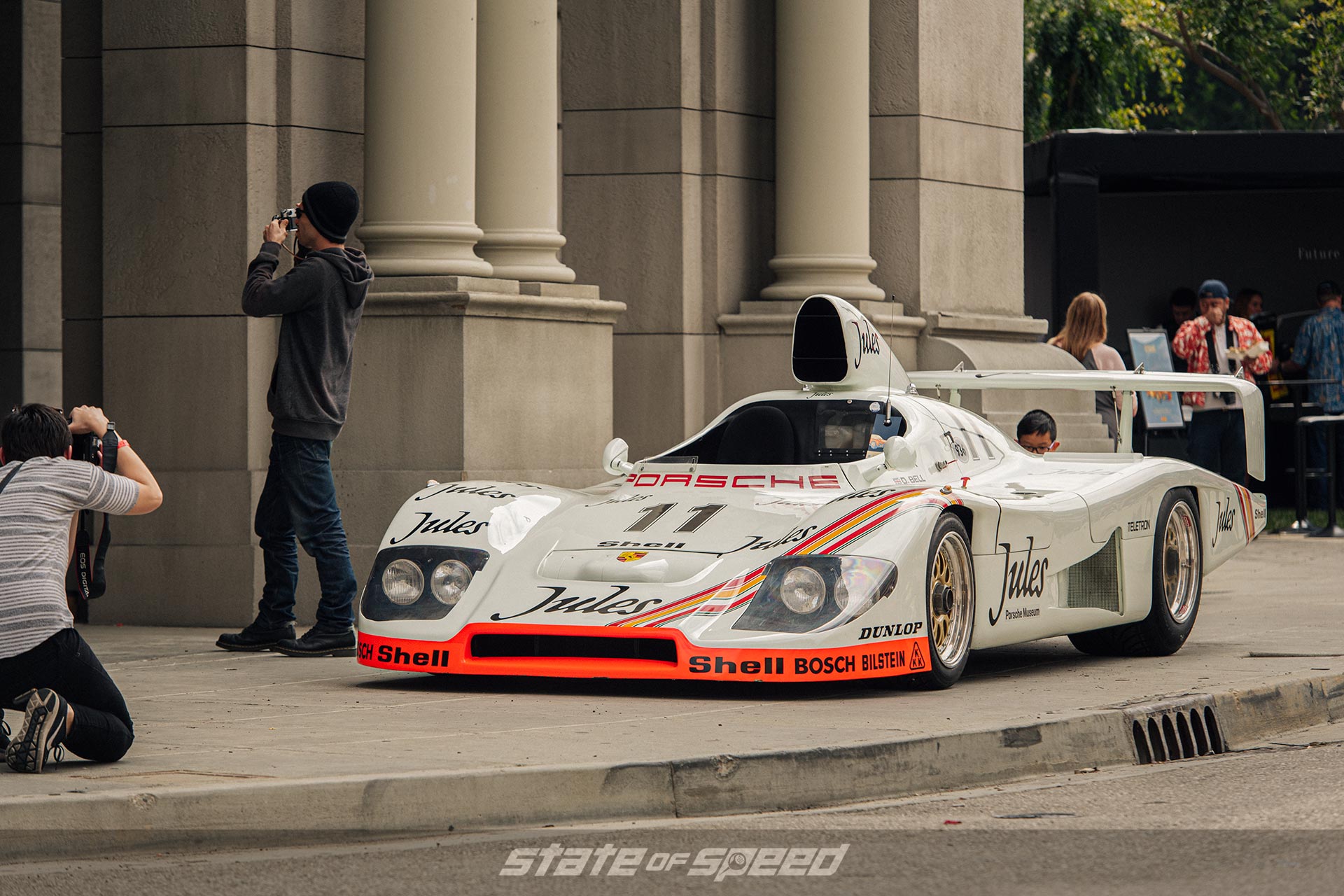 For Luftgekühlt 6, the Universal Studios backlot was turned into a 1:1 scale diorama to display more than 350 Porsches in a variety of settings, from the wild west to the streets of New York and even the Hill Valley courthouse square from Back to the Future.

Even the signage on the storefronts was changed to match the Porsche theme, helping to provide an immersive environment to properly appreciate the cars on display. 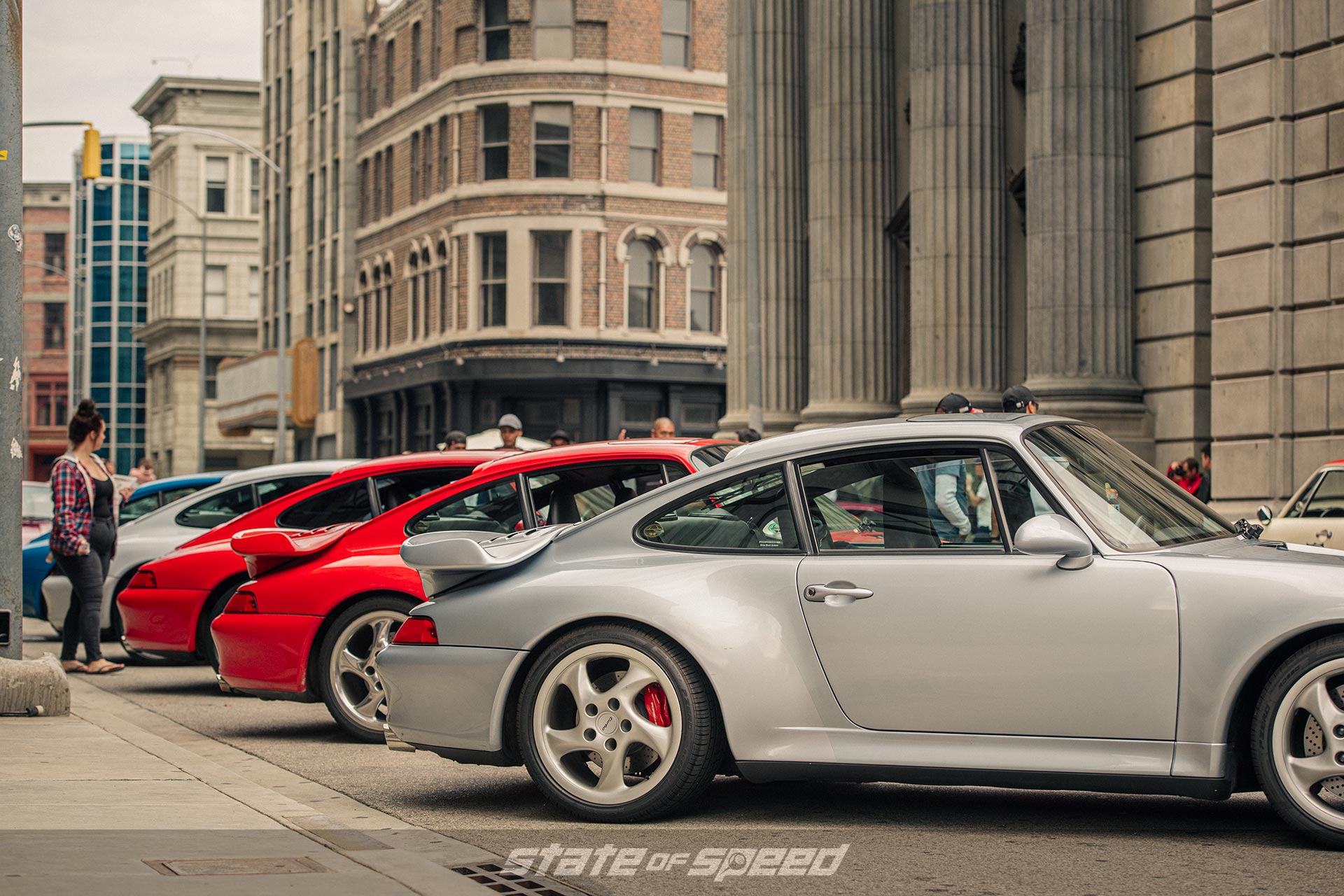 Cars weren’t parked quite so much as they were curated, placed in settings appropriate to their history and significance in the air-cooled boxer universe. Even the signage on the storefronts was changed to match the Porsche theme, helping to provide an immersive environment to properly appreciate the cars on display. 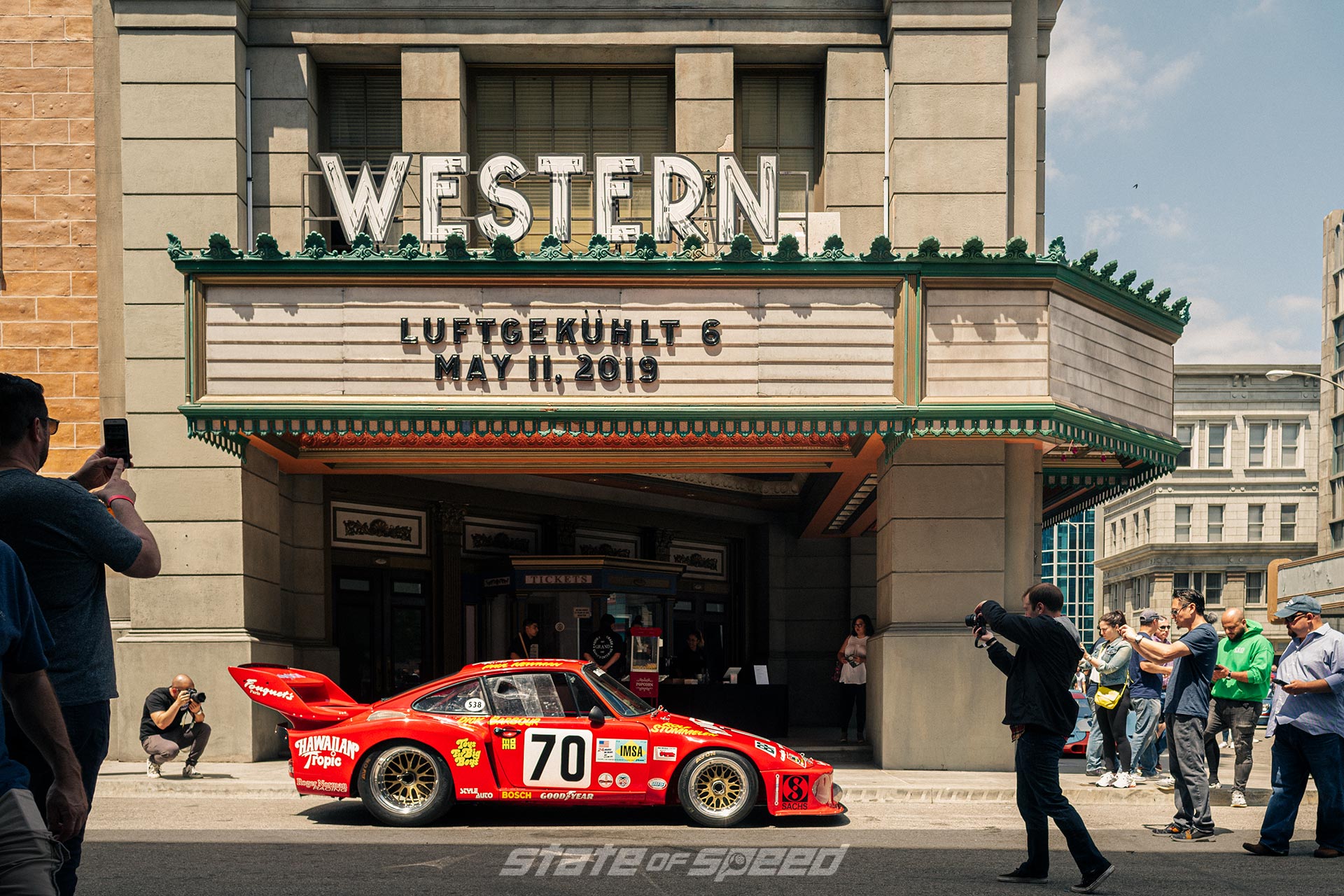 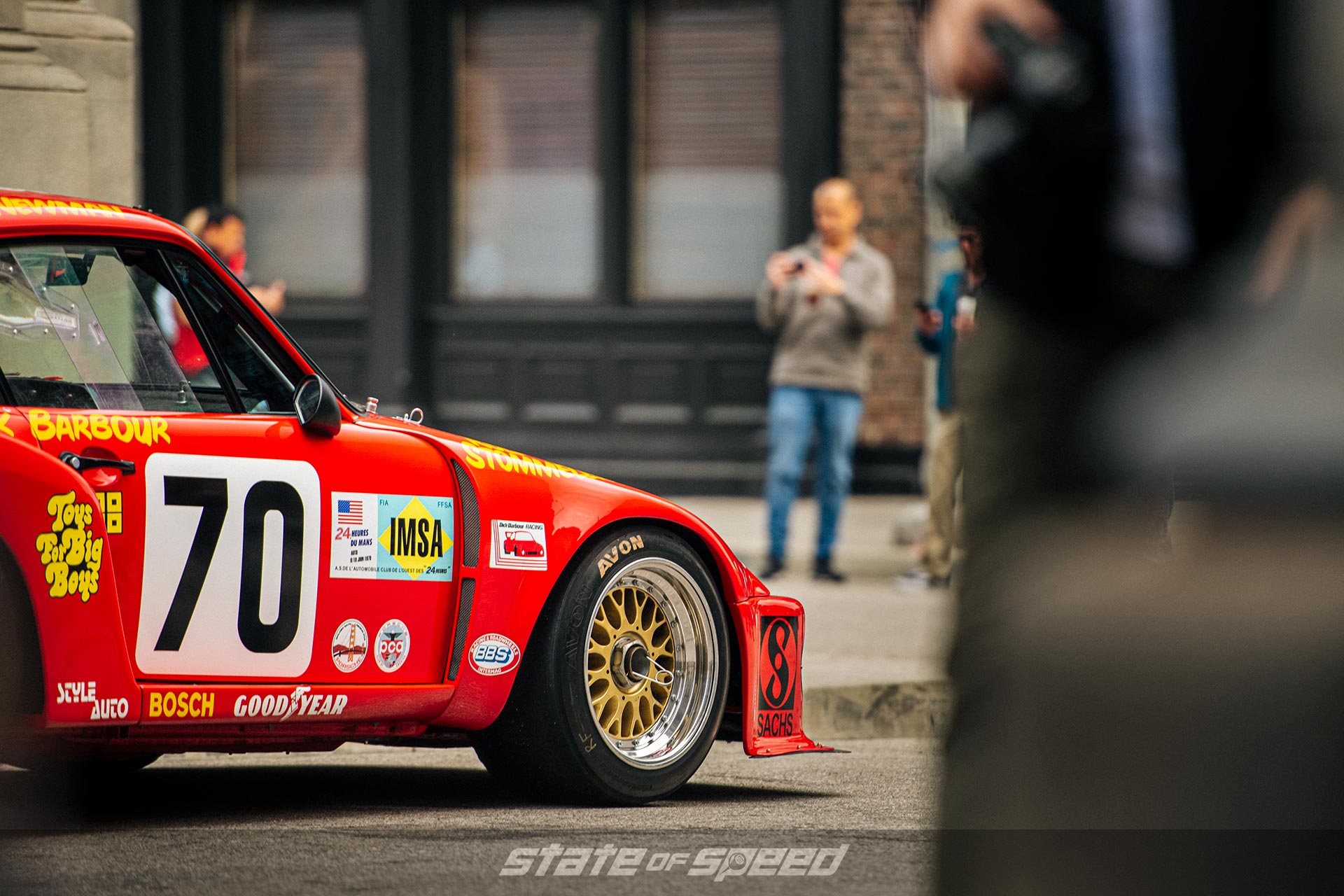 If you’re wondering how those cars ended up as part of this year’s event, the selection process for the opportunity to display your car at Luftgekühlt is exclusive, without being elitist—as the number of applicants greatly exceeds the space available, it comes down to how interesting your Porsche is. 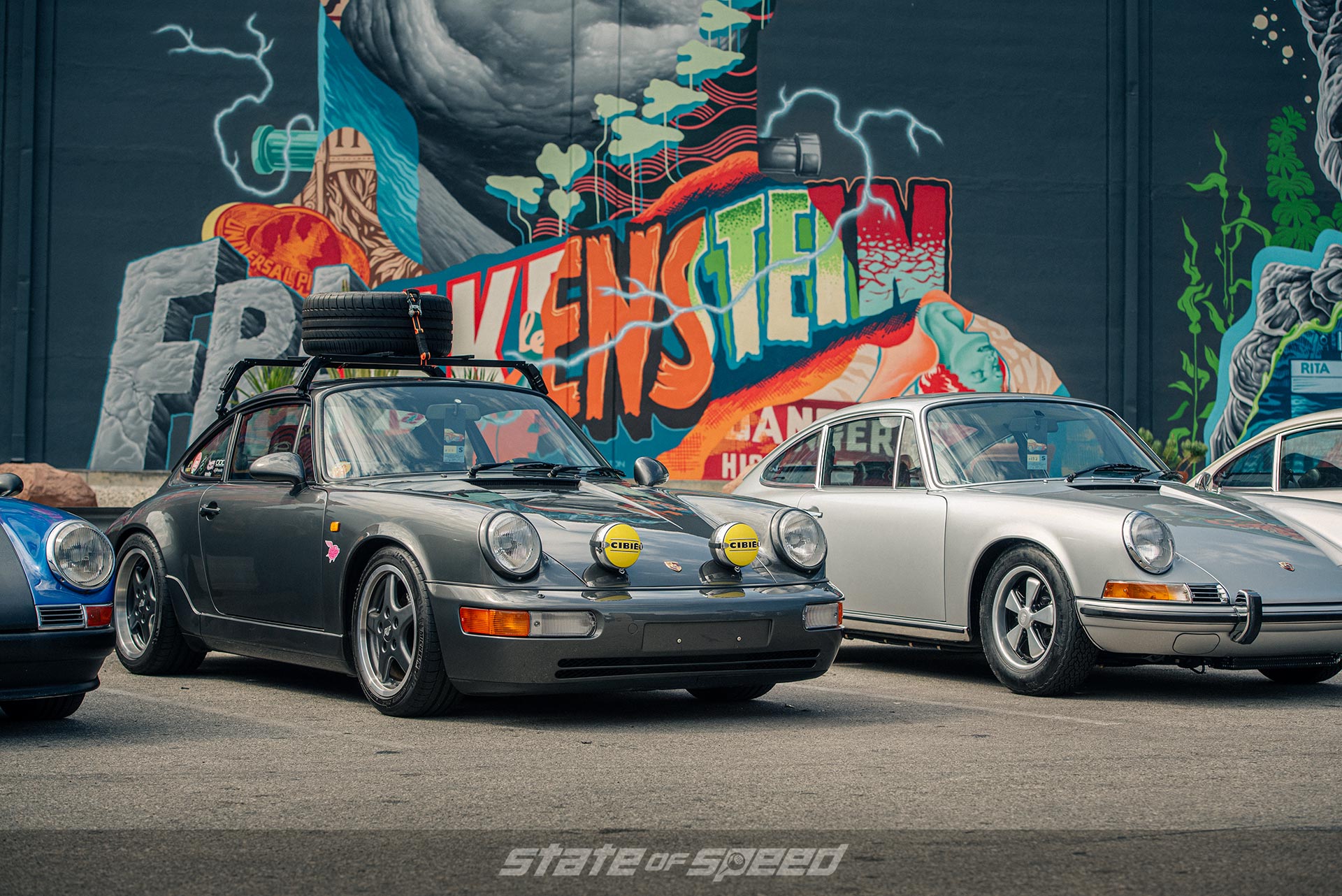 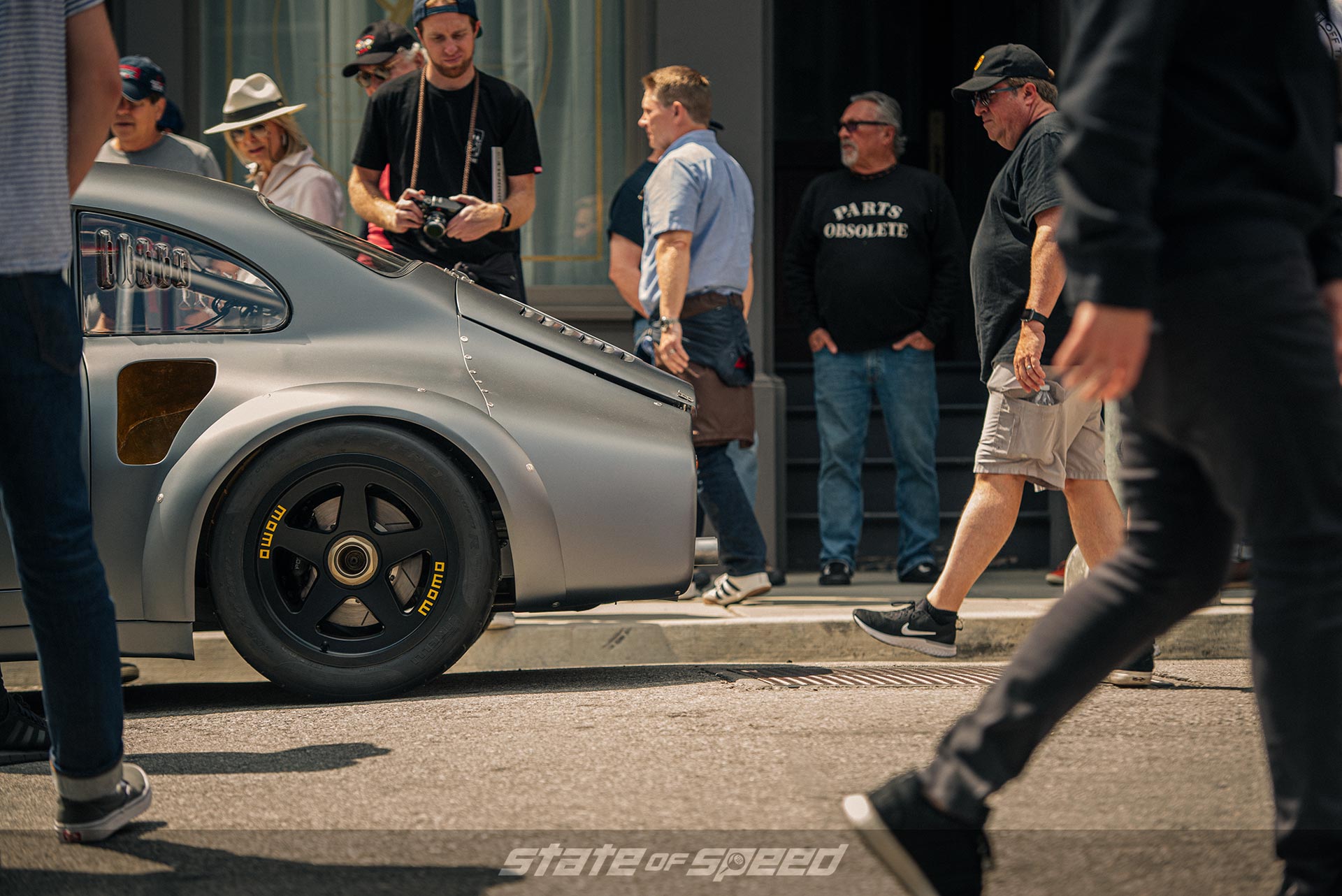 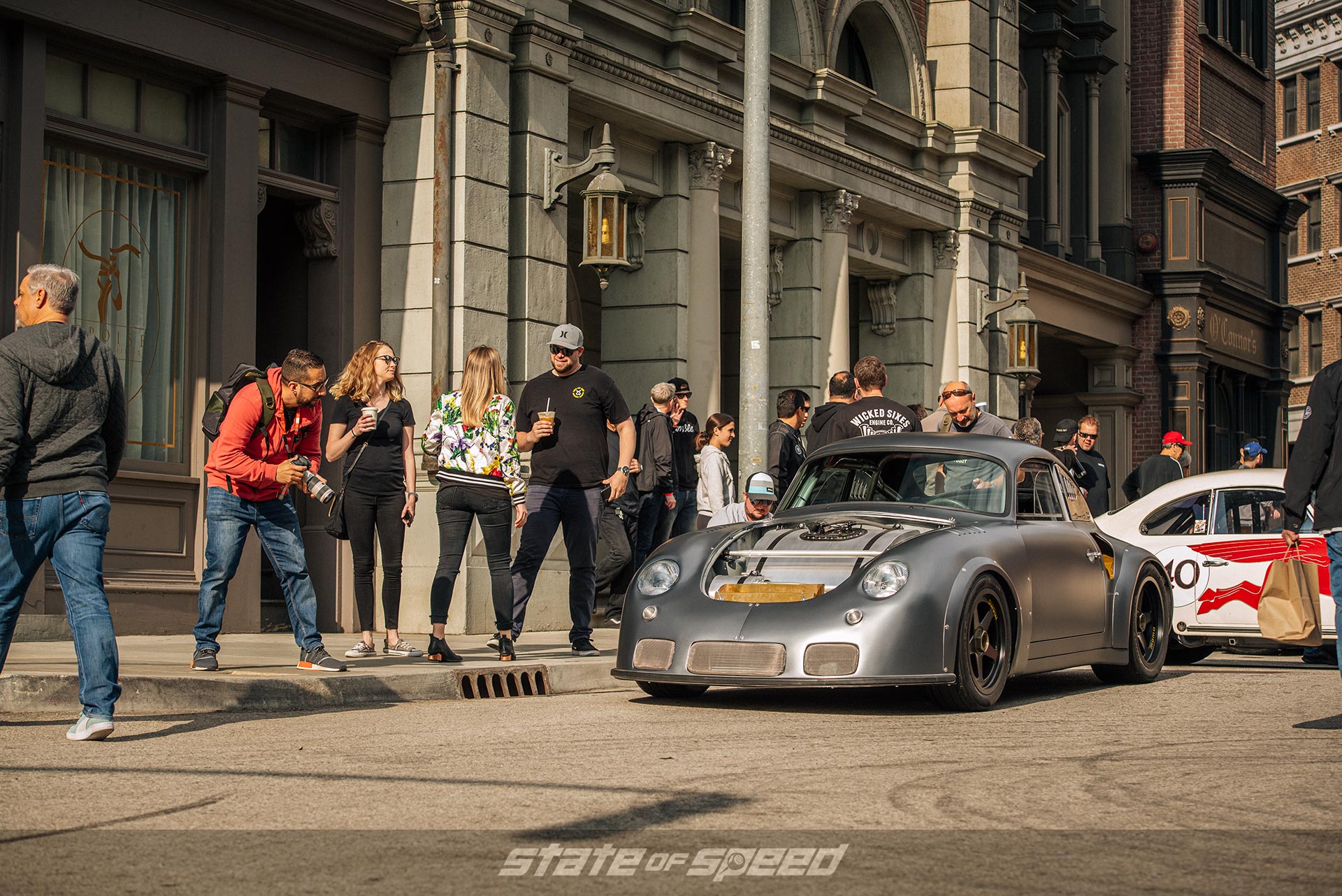 Of course, cars with racing provenance, rare variations, and pristine examples of both street and competition models are well-represented, but what you come to realize is that every car you see has a story, and even the most humble air-cooled Porsche with the right soul can find a place in the spotlight. 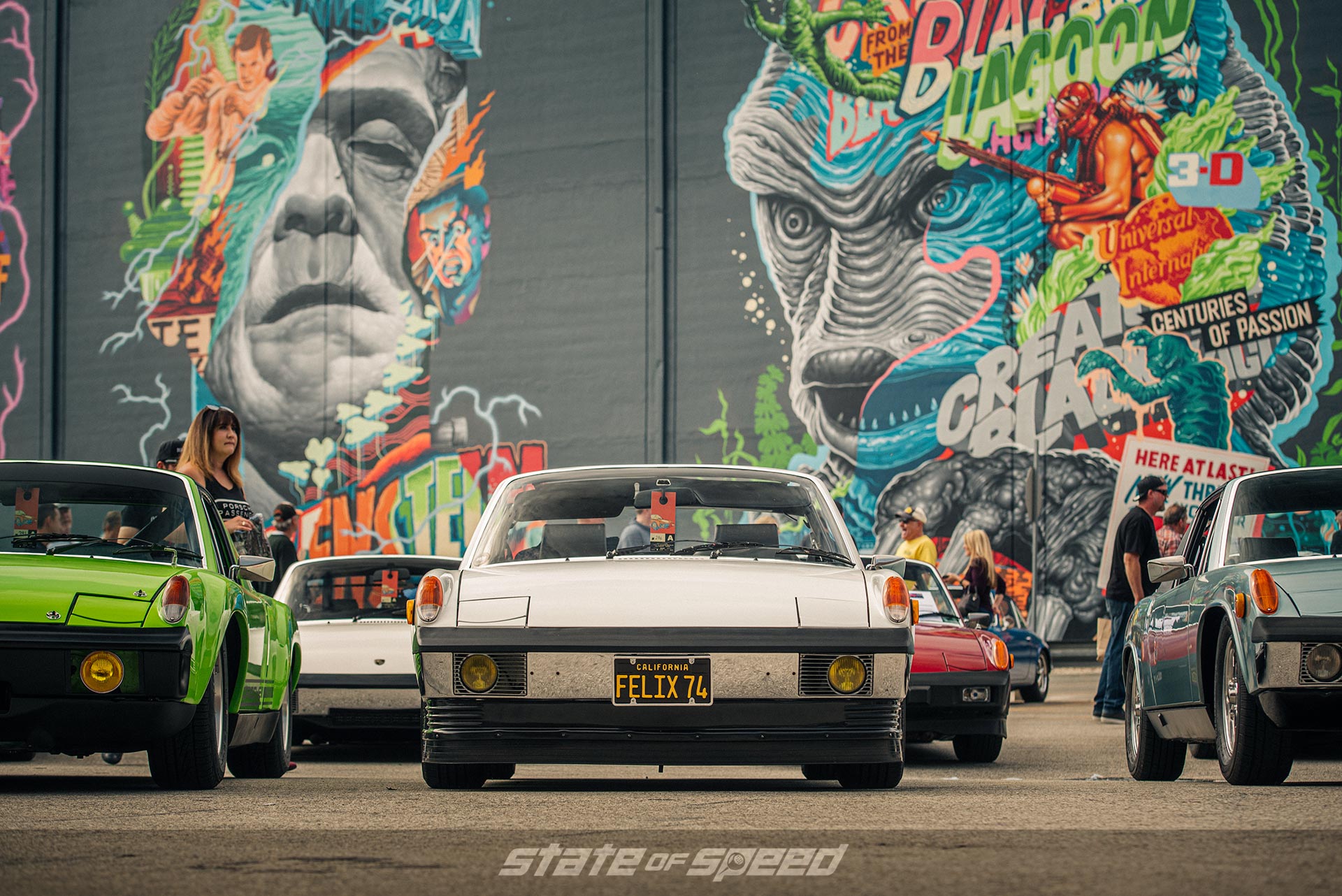 Those fortunate enough to score a golden ticket to attend Luftgekühlt 6 as a spectator would be treated to an up-close look at Porsches as disparate as 917 racers in open-cockpit 917/10 Can-Am and 917K Le Mans variations, 911-pattern cars set up for every form of club and professional racing from GT to rally, and even an assortment of 914s, which were long considered the “ugly duckling” of the air-cooled Porsche family but have earned a new appreciation among collectors in recent years for their inherent good qualities as both competition cars and daily drivers.

There was also no shortage of truly exotic Porsches—as you would expect, the ultimate expression of the 911 design family, the 959 supercar, was represented at Luftgekühlt 6, but the most offbeat Porsche might have been the P312 “orchard tractor.” 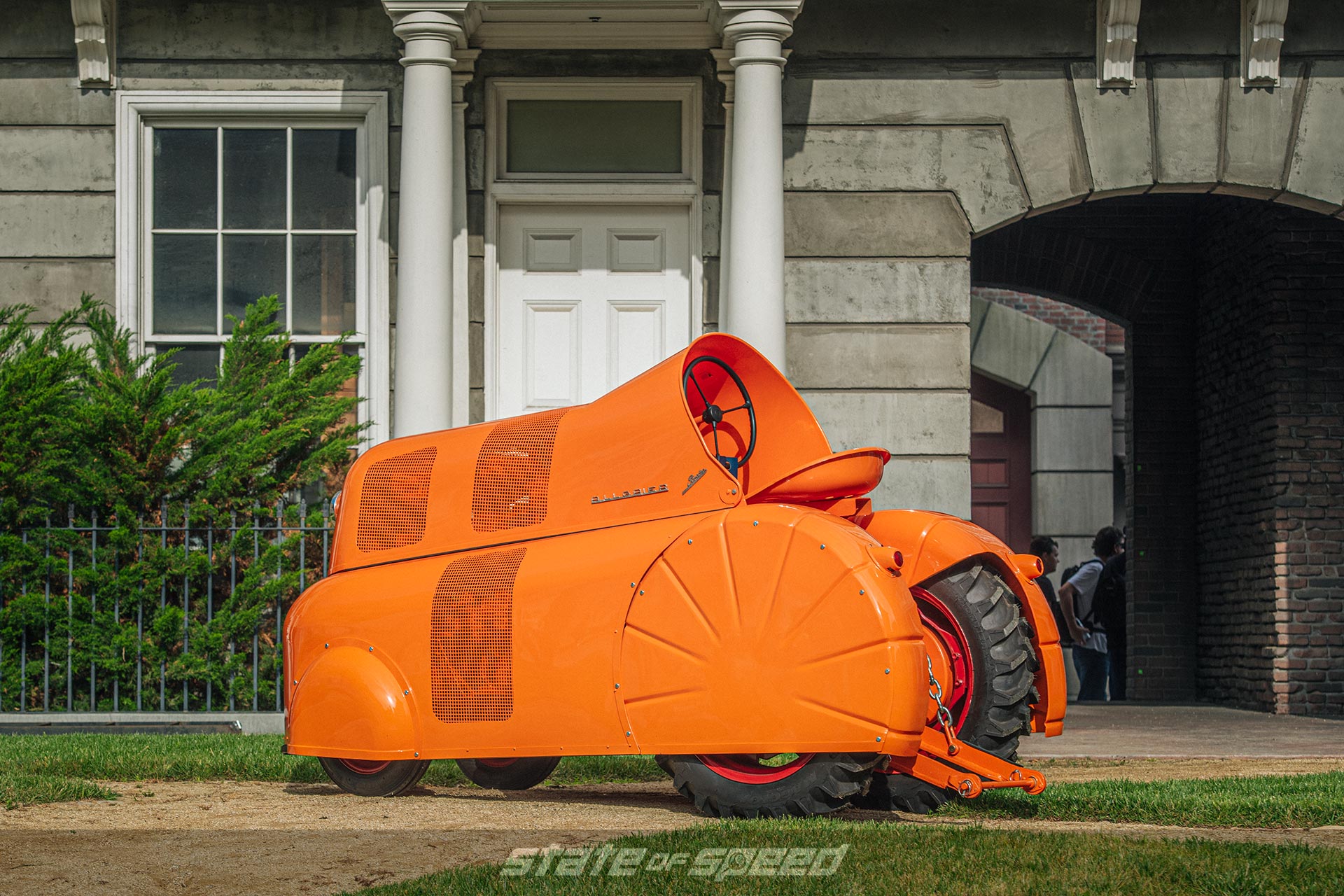 Powered by a 24-horsepower 1.8 liter engine (air-cooled, of course), the P312’s most distinguishing feature is its streamlined bodywork, reminiscent of the “airflow” cars and trains of the 1920s and ’30s.

It wouldn’t be surprising if they ended up on the deck of an aircraft carrier, on the roof of a skyscraper in Dubai, or even aboard a purpose-built space station in low-earth orbit.

Porsche actually built a number of different tractors in the mid-20th century, primarily diesel-powered, but the gas-engined 312 was a specialized model with a few hundred constructed for the Brazilian coffee plantation market. The idea behind the swoopy sheetmetal wasn’t to reduce wind resistance; instead, it was designed to slip between trees without damaging delicate branches or fruit.

Luftgekühlt has taken a lot of different forms in a relatively short history, and this year’s gathering was certainly no exception to the eclectic settings seen in the first five. It’s hard to imagine how Long and Idelson will top the make-believe world of the Universal Studios backlot for Luftgekühlt 7 though.

It wouldn’t be surprising if they ended up on the deck of an aircraft carrier, on the roof of a skyscraper in Dubai, or even aboard a purpose-built space station in low-earth orbit. Wherever it ends up, though, you know that it will be an event air-cooled Porsche fans simply cannot miss.