Your First Dragstrip Pass: Heads Up or Handicapped?

Or, “How I Learned to Stop Worrying and Love the Dial-In” 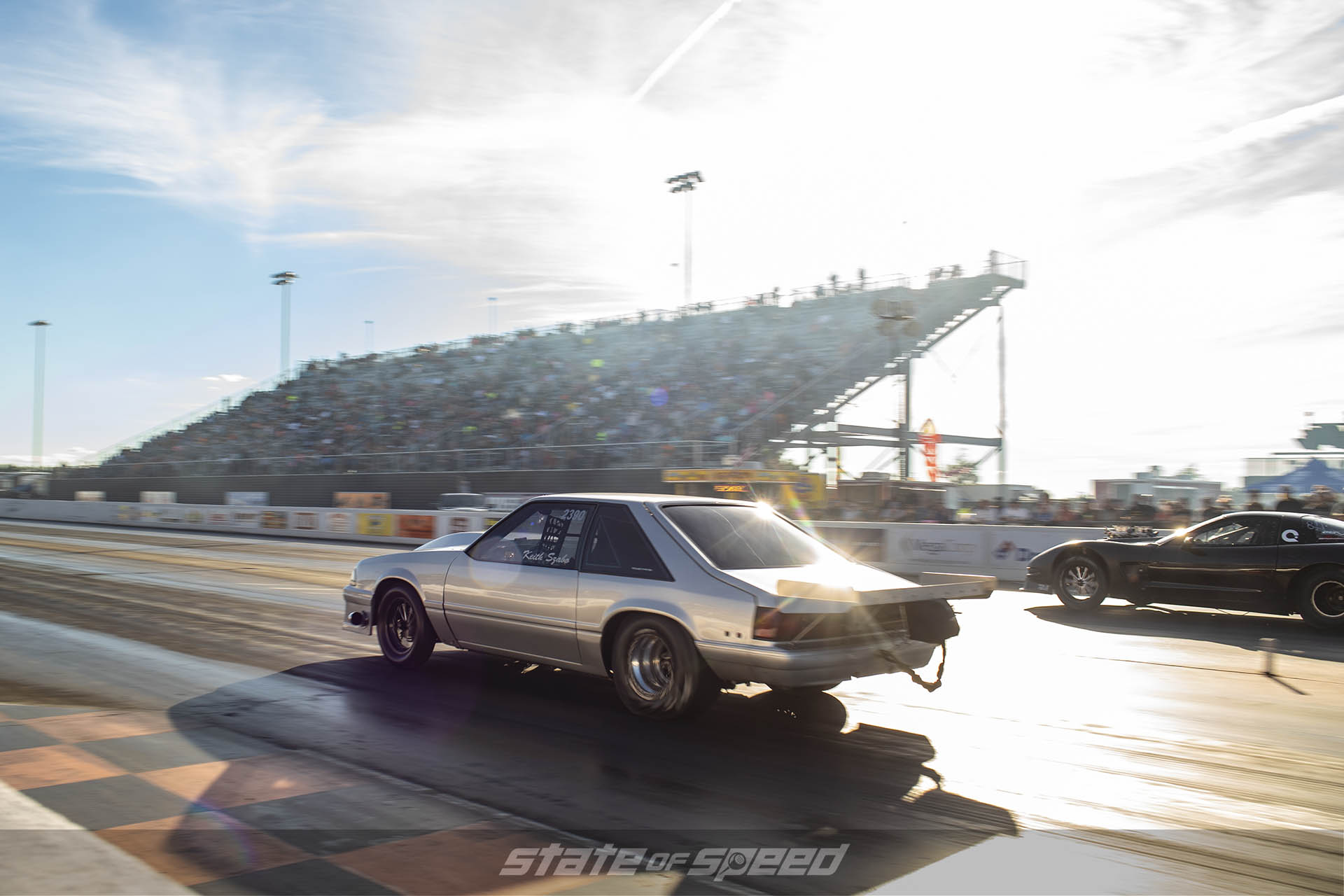 One of the great things about drag racing is that, in the words of legendary broadcaster Dave Despain, “It’s racing that you do, not racing that you watch.” Most motorsports have a high barrier to entry—in order to be competitive at even the lowest levels, you need a dedicated race car, a trailer and something to tow it with, and a fair amount of disposable income. 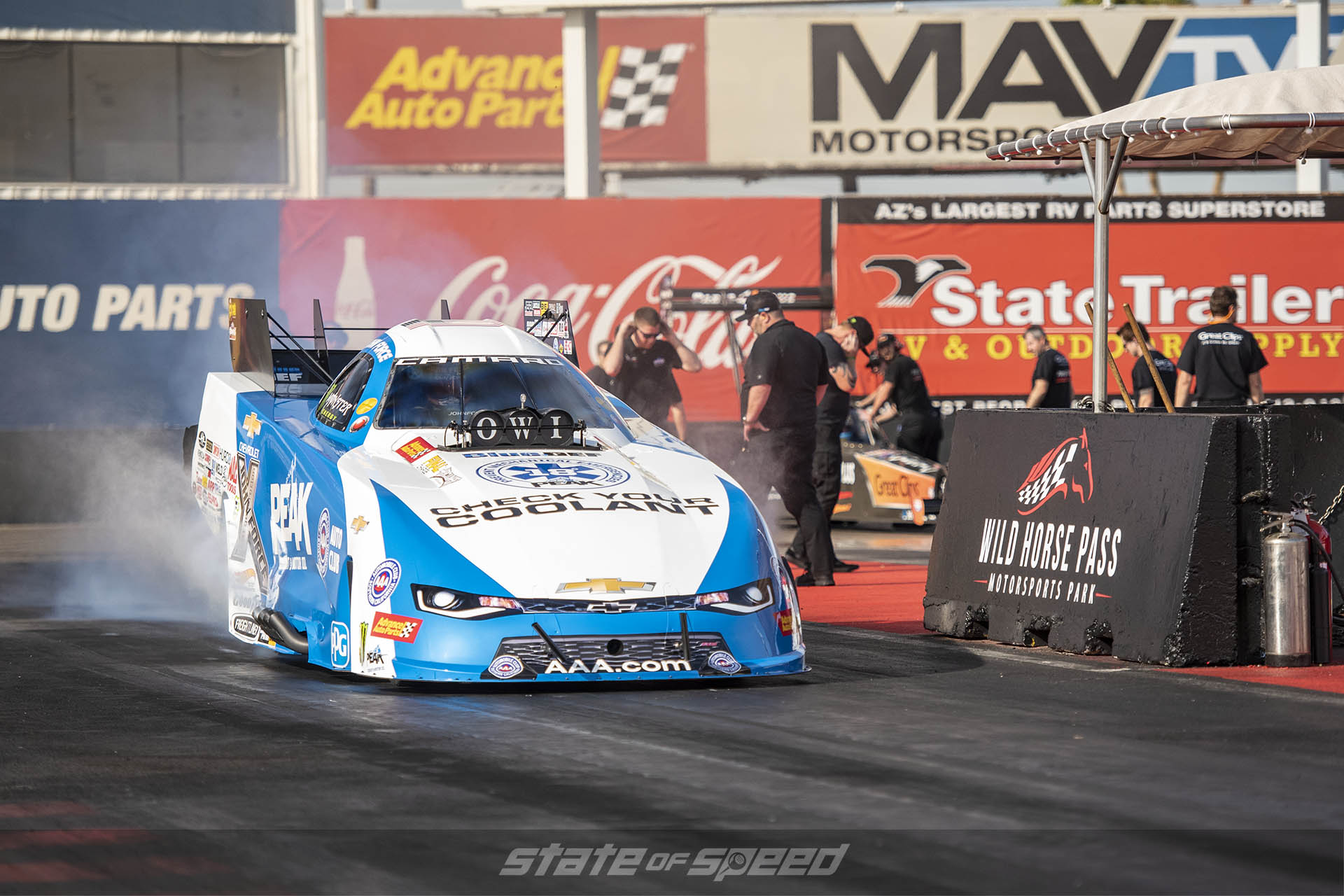 Of course, if your dream is to be the next John Force, you’ll need a dump truck full of money to reach that goal, but drag racing has always been about run-what-ya-brung competition going all the way back to its origins in the 1950s, and it’s definitely possible to have a lot of fun (and win some races) on a budget. It comes down to the difference between “heads up” competition and handicapped racing, and today we’re going to break down how these two broad categories work.

Conceptually, heads up competition is the simplest form of drag racing, but in practice, things get a lot more complicated. Two cars line up, and both get the green light at the same time. First past the finish line wins, barring a “red light” start where one (or both) drivers jump the gun and leave the line before getting the green. In order to keep things fair, a set of class rules defines which cars run against each other, based on power, weight, and traction (or a combination of all three). 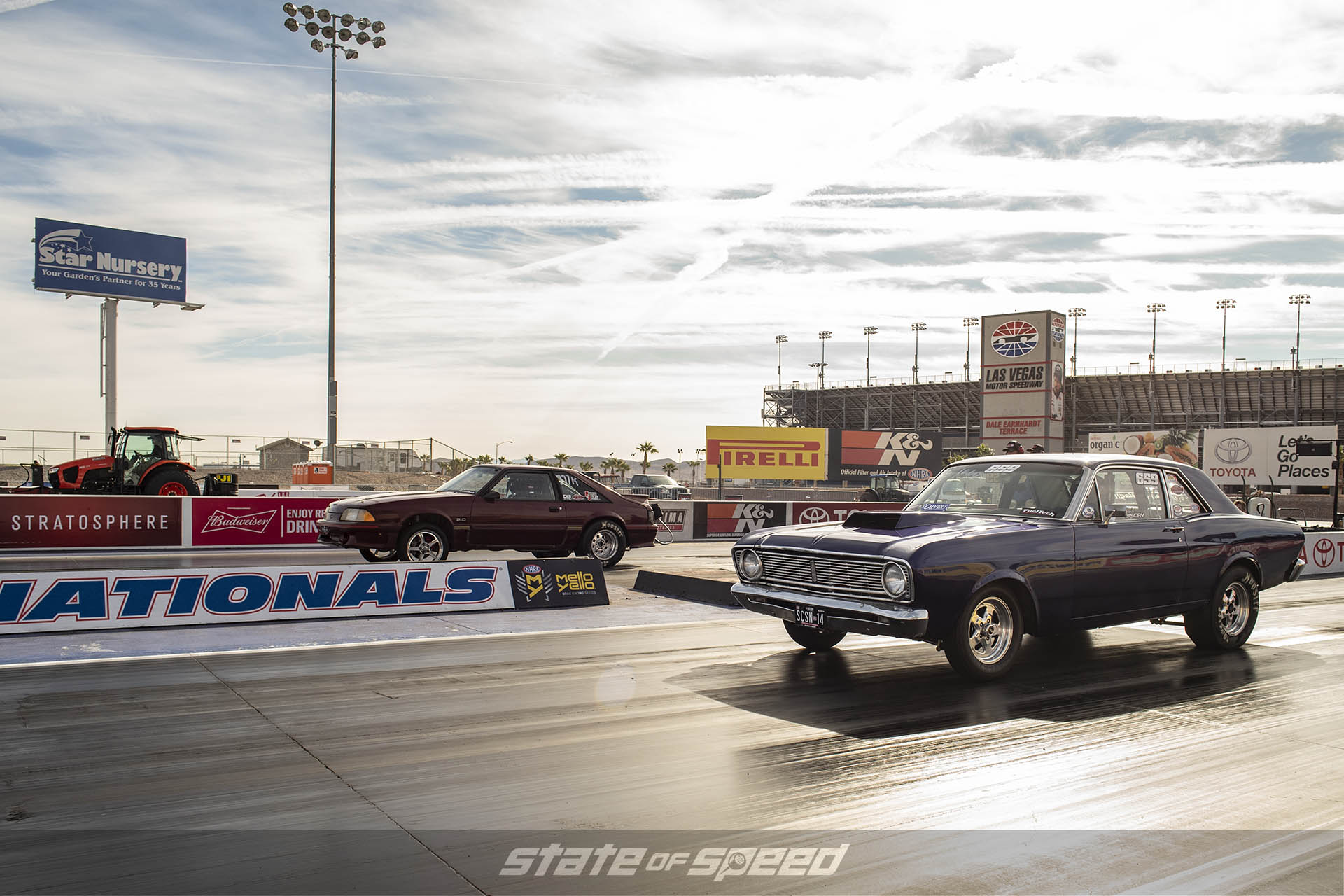 Power can be equalized by limits on engine displacement, which power adders are allowed, and even the type of fuel used. It’s common to see heads-up classes where cars powered by large-displacement naturally aspirated engines compete against others with smaller boosted engines (which are also limited in turbocharger or supercharger size) and nitrous-fed combinations that are restricted by the number of “stages” and nitrous jet size. 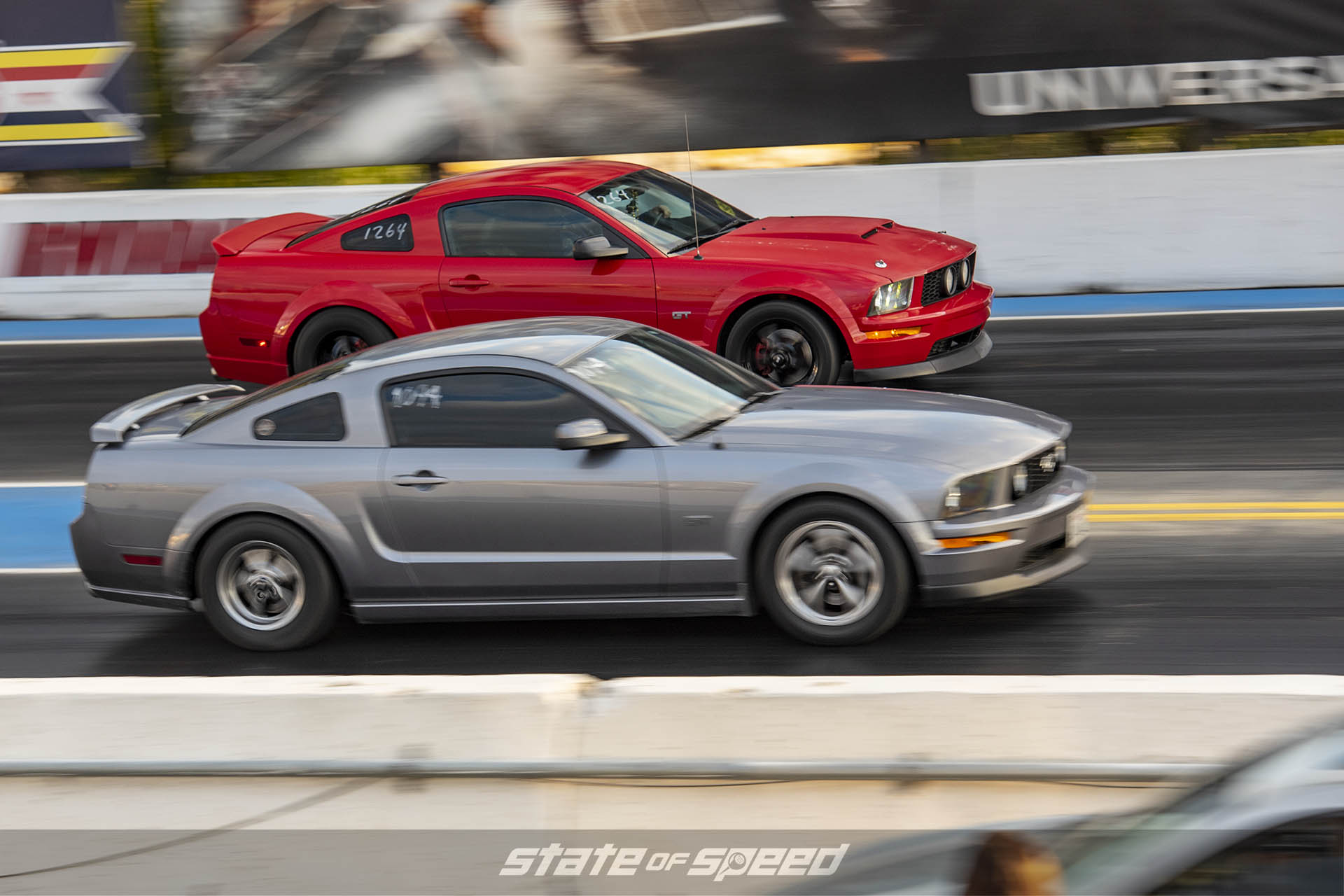 Weight is another way to try to make things fair; some combinations may be required to run a higher minimum weight across the scales at the end of a run than others in order to balance things out. Traction is the final piece of the puzzle—by limiting the size or type of tire, a heads up class can level the playing field, and by restricting the modifications allowed to a car’s suspension, another way of evening out the difference between combinations is introduced. 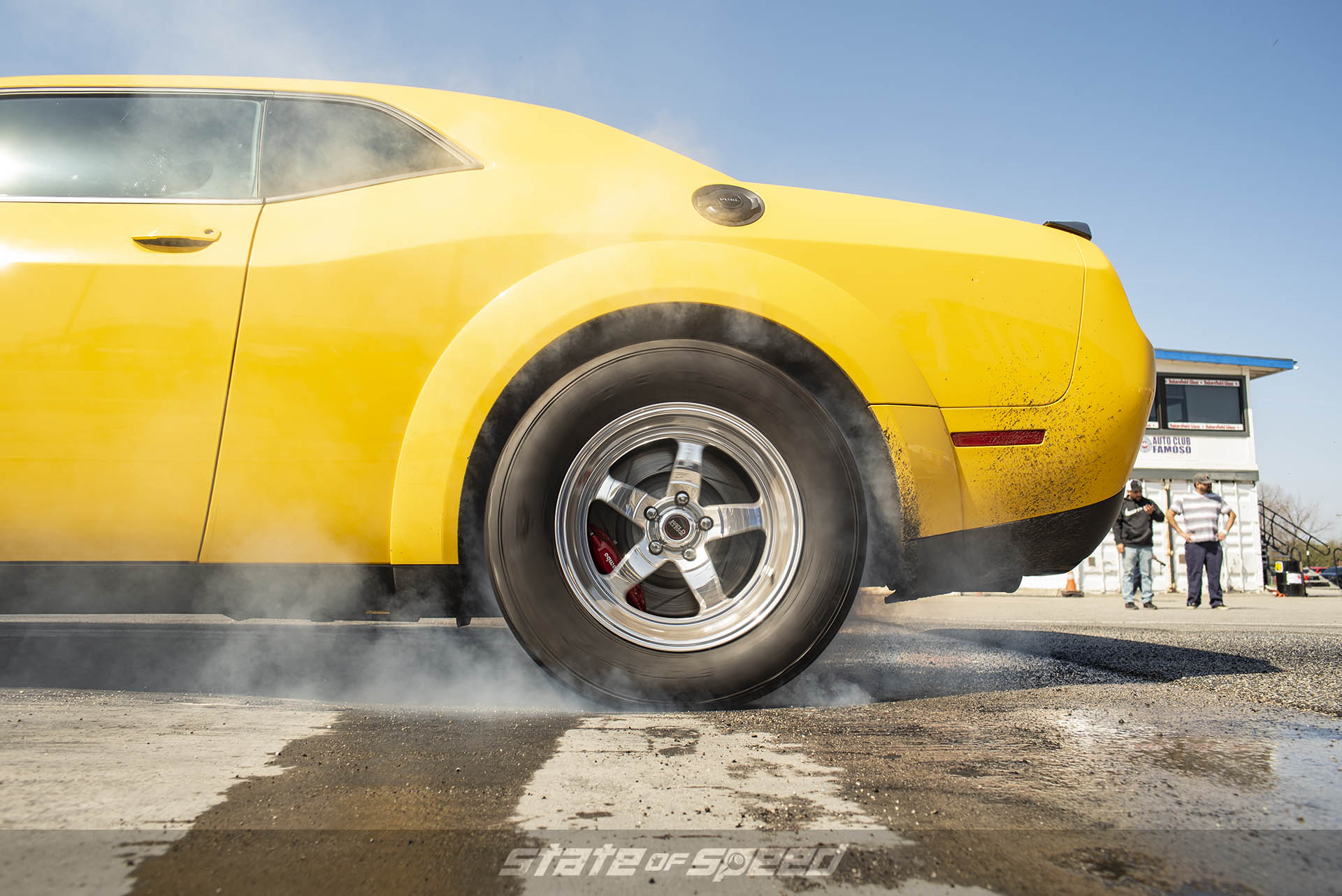 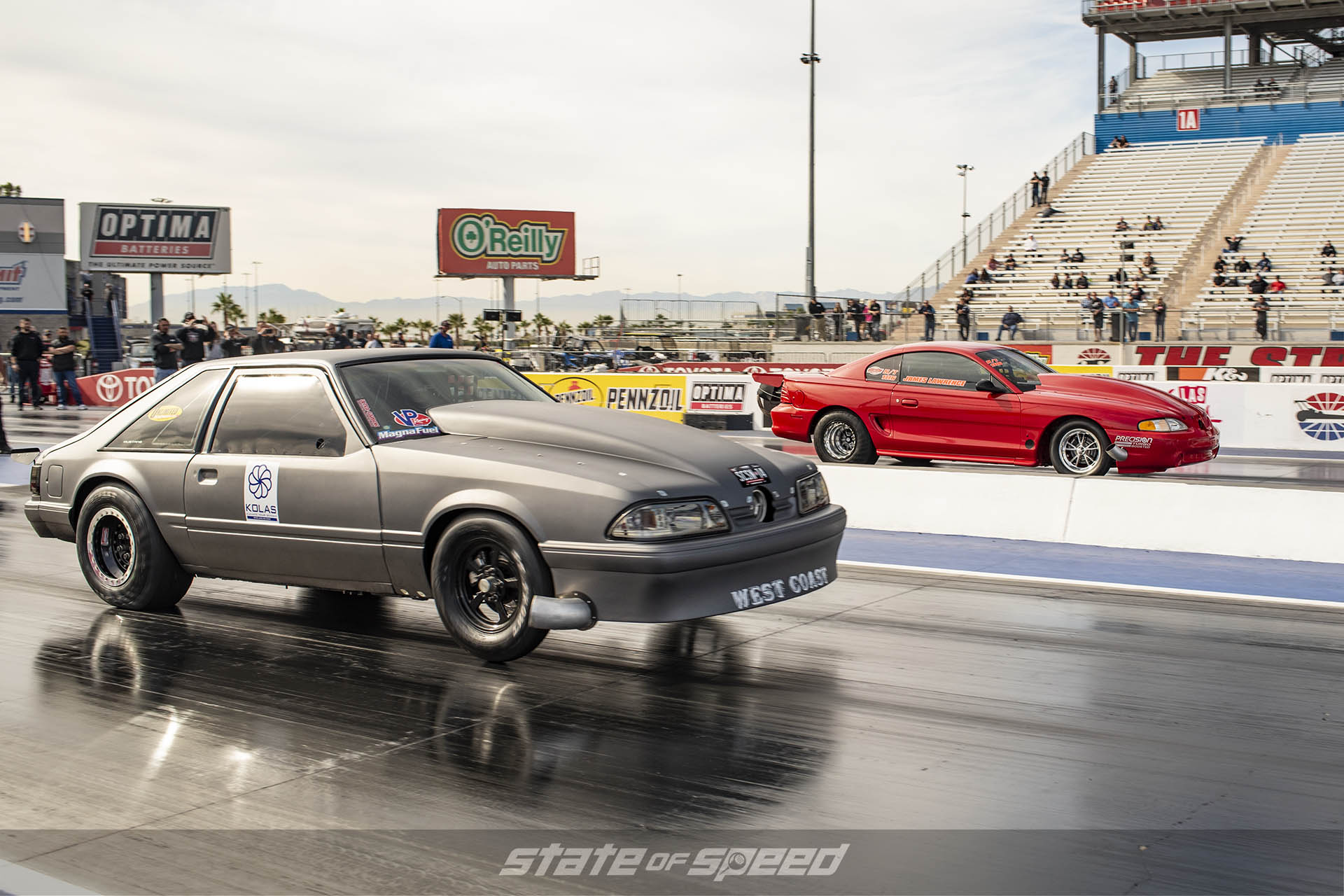 …A set of class rules defines which cars run against each other, based on power, weight, and traction. 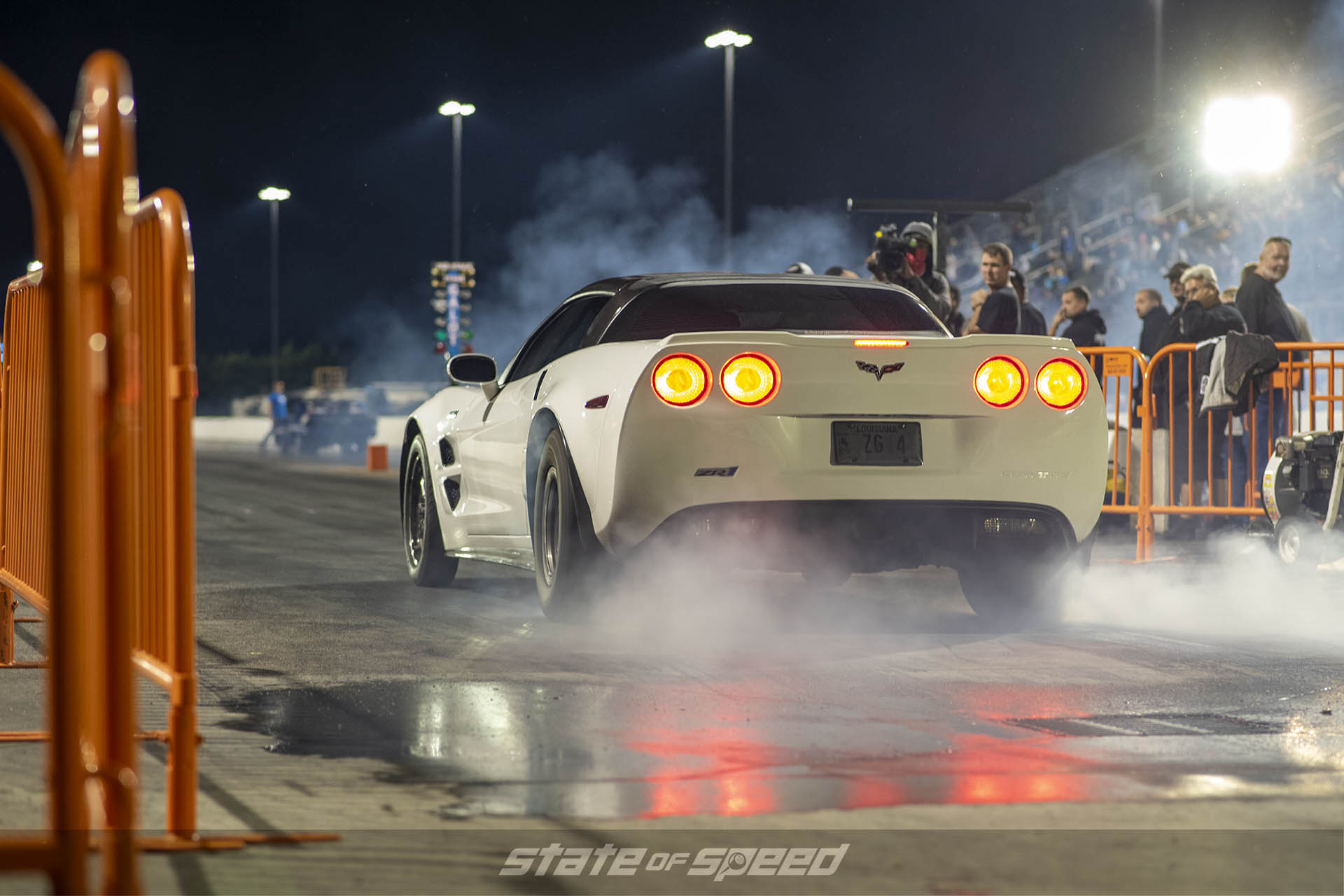 Balancing all these factors is one of the hardest things a race series has to do, and it’s critical to how successful that organization’s races are in terms of the number of competitors. Nobody wants to build a car to the limit of the rules, then be uncompetitive because of a mid-season change that nerfs their combination, but it’s equally crucial to make sure that there isn’t a runaway escalation that turns the class into “pay to win.” As a result, even “entry level” heads up classes tend to be expensive, since they require a car that’s built to take full advantage of the rules if you want to be a frontrunner.

Fortunately, a very long time ago drag racers figured out a way to let cars with vastly different speed potential compete against one another on a level playing field. Handicapped-start drag races, most commonly seen in the form of “bracket” racing, reward consistency and driver skill over raw speed. Here’s how it works:

Let’s say you have a moderately-quick street car. When you bring it out to test and tune night at your local drag strip, you typically run mid-13-second quarter mile passes, run after run. Your buddy has a car that’s got more power and more tire, and he’s running high tens. If you lined up against each other and started at the same time, you’d lose every race. 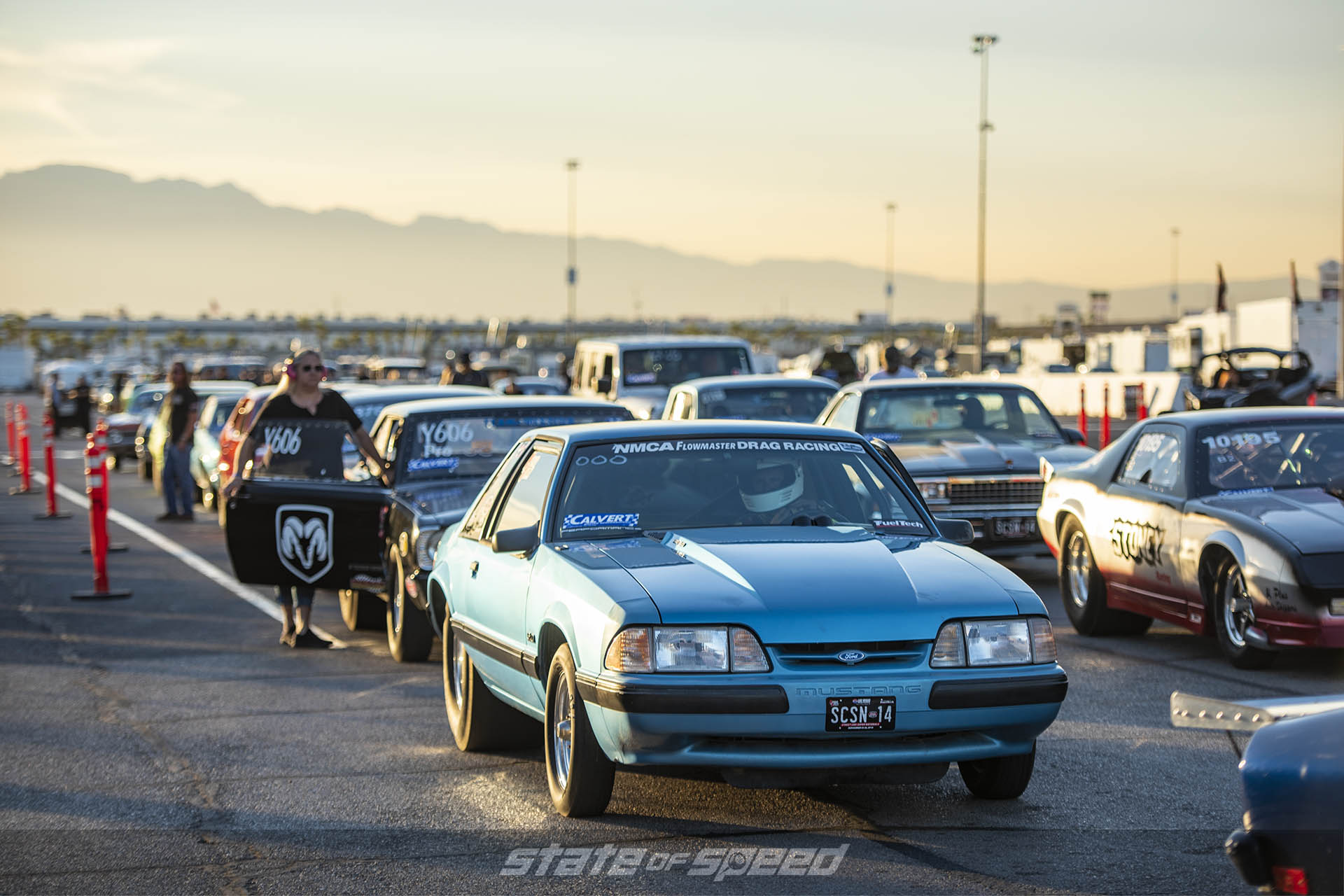 But you’ve street raced a bit, and so you know that to make things fair, you can negotiate a head start. On some rural two-lane, that might be getting a couple of car lengths, or having your buddy wait until you move before he does, but at the track, you can build that handicap into the timing system.

If you know your car runs 13.50 in the quarter mile, and he knows his car runs 10.75, these predicted elapsed times can be “dialed-in” to the timing system. Because your car is slower, your side of the tree will show you a green light 2.75 seconds before your buddy, so if both of you have the same reaction time and run exactly on your predicted elapsed time, you’ll reach the finish line at the same instant. Just like that, a race that wouldn’t be a fair fight comes down to who reacts quicker. 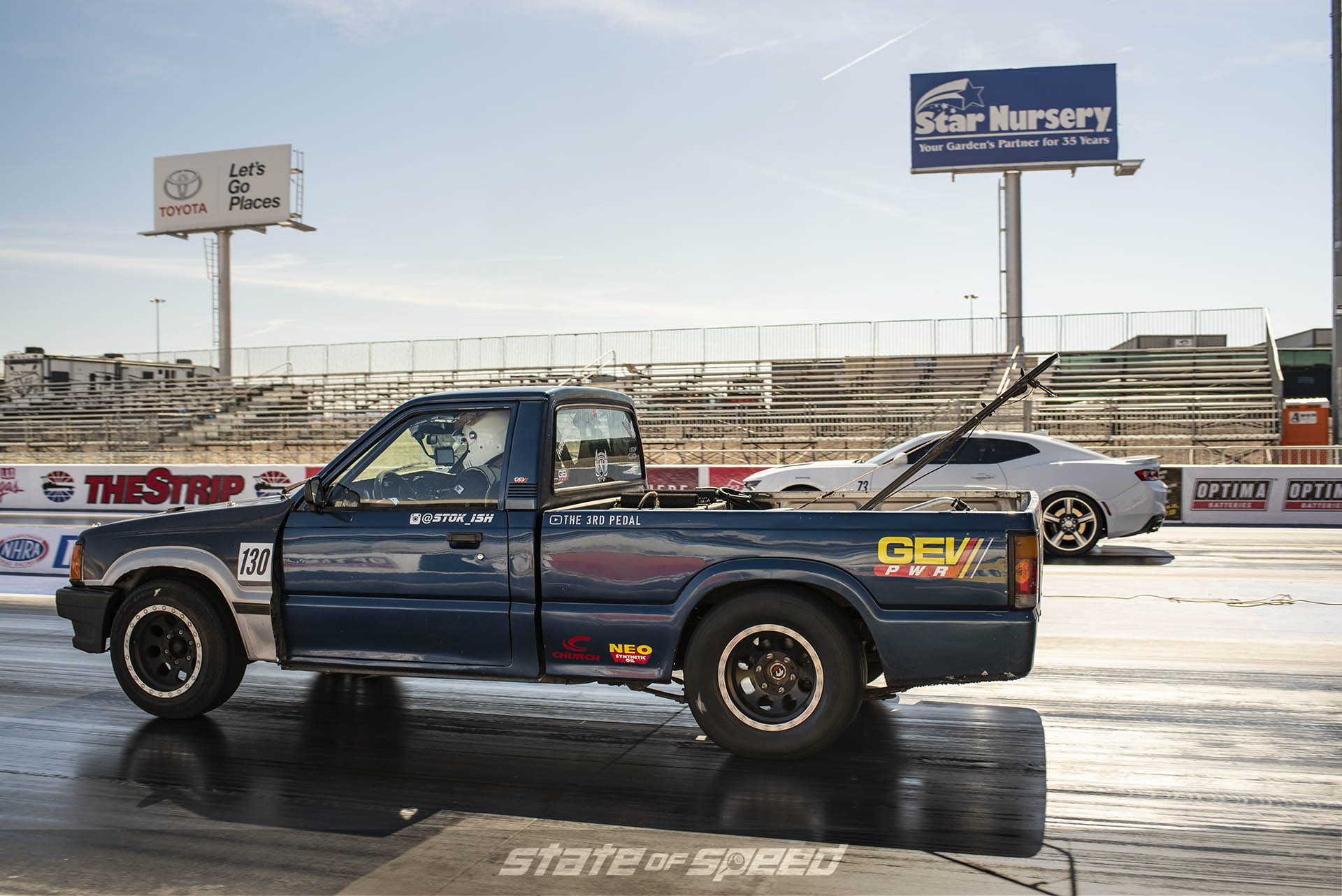 “But wait!” you say. “Can’t I just sandbag and say my car is slower than it really is, and give myself a huge head start?” You certainly could, but that’s where the “breakout” rule comes into play.

In a bracket race, if you run quicker than your predicted elapsed time, you “break out” of your bracket and lose the race, unless your opponent did the same thing but by a greater margin. If you dialed in 13.50 and ran 13.48 while your buddy ran 10.78 on his 10.75 dial, you may cross the finish line first but still lose the race. 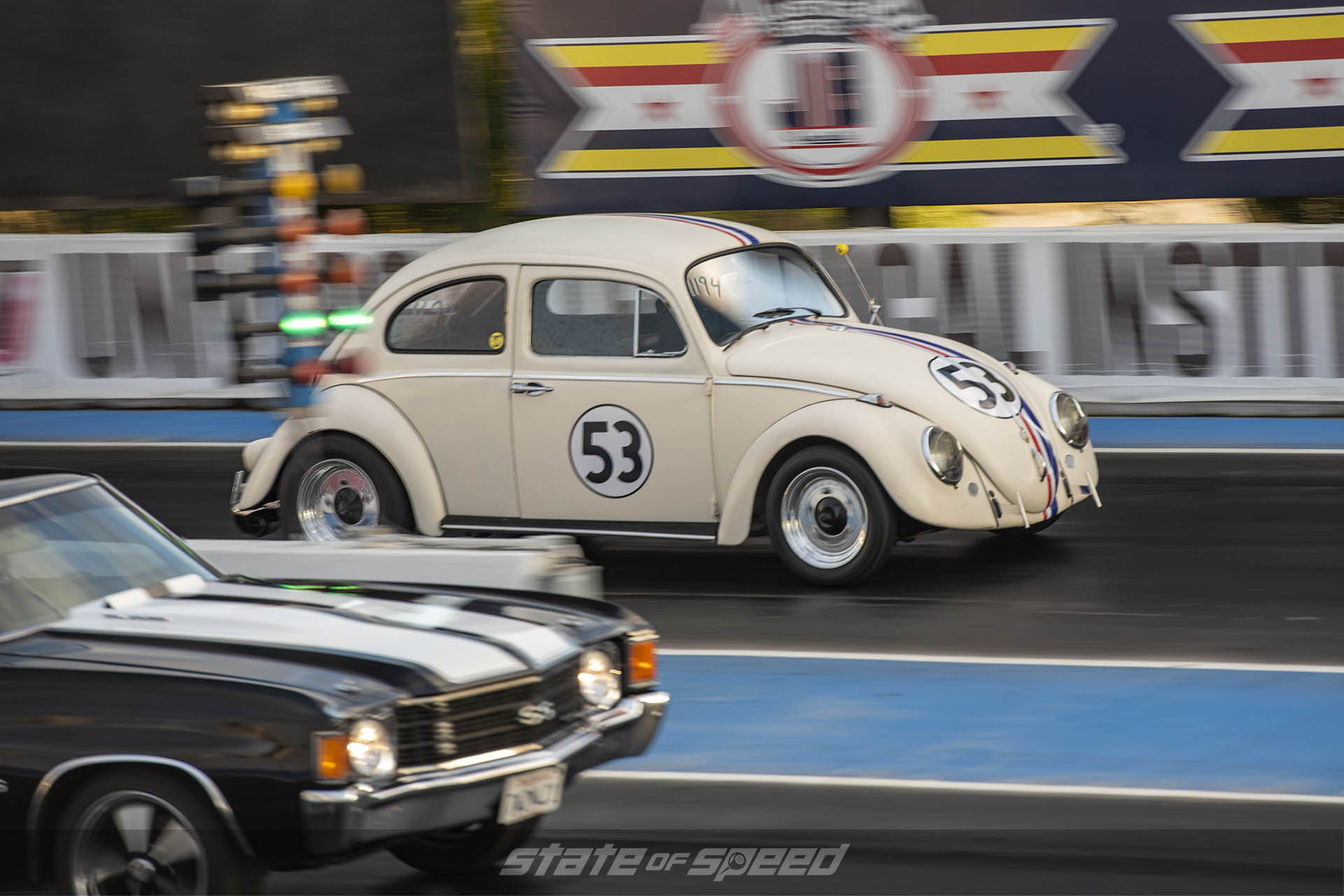 The beauty of handicapped-start drag racing is that literally anyone in any car can run against anyone else on a level playing field, but consistent success requires you to be able to very accurately predict your car’s elapsed time, and cut a quick reaction time. It’s a true test of how well you know your equipment and your driving skill.

Some drag racers will disparage bracket racing as being inferior to running a heads-up class, but it’s the easiest way to get on the dragstrip and build your experience and skill. Running your 13.50 street car down the track every Friday night beats sitting around in the stands and running your mouth about how you’re going to have a fast heads-up car “someday, when I can afford it” every time. 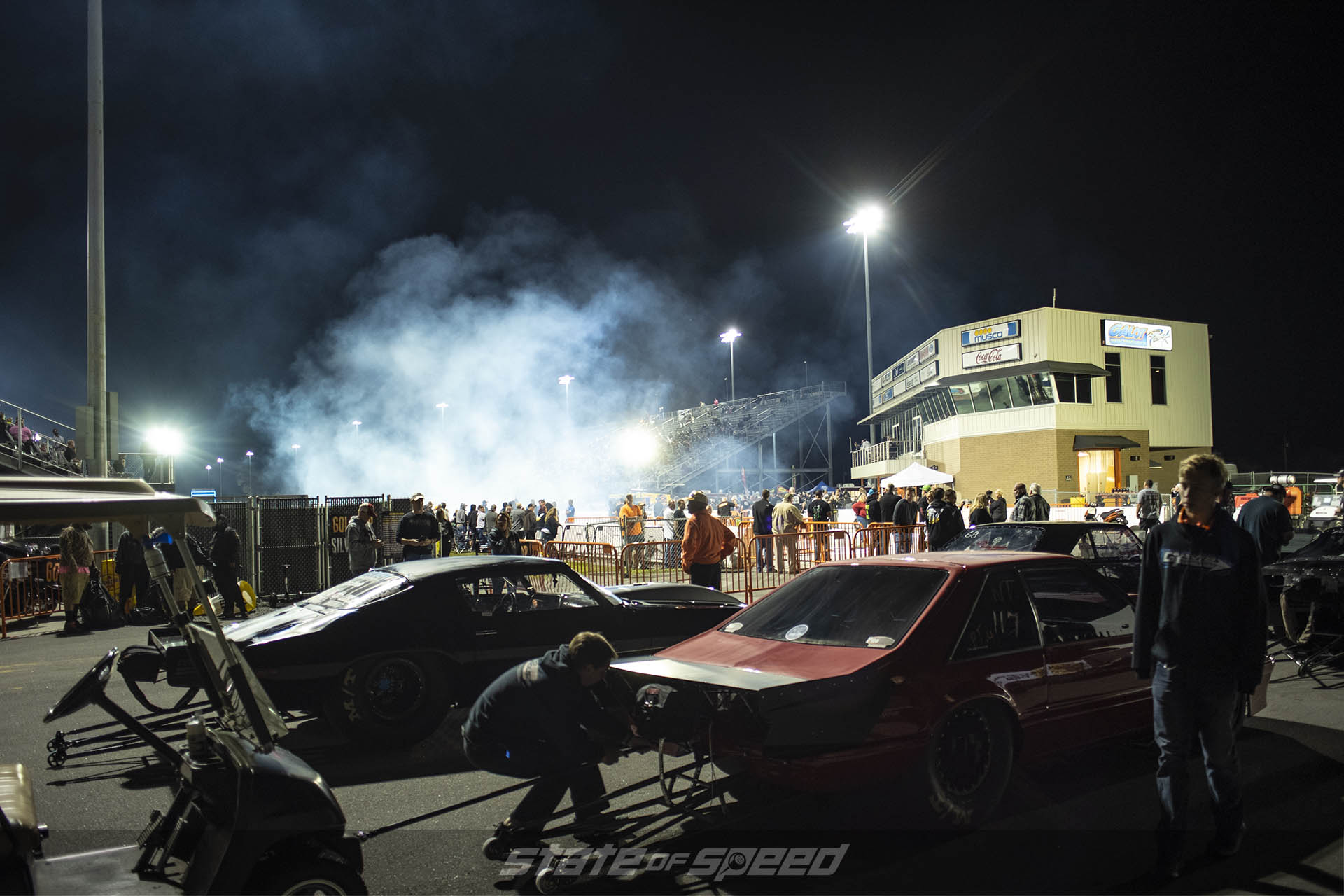