Perhaps nobody other than Enzo Ferrari commands as much loyalty as American racing legend Carroll Shelby. Unlike Ferrari, Shelby switched allegiances depending on the prevailing climate. In the 1950s, he raced for Allard, Aston-Martin, Healey and even Ferrari. He even raced Formula One in 1958 and ’59 before launching his own car in 1962. Even then he switched from Ford to Chrysler/Dodge to GM’s Oldsmobile as the business climate shifted. However, it is the Cobra and associated vehicles such as the Ford Mustang Shelby GT350 and GT500 that are logged in our memory chips as iconic American performance cars. 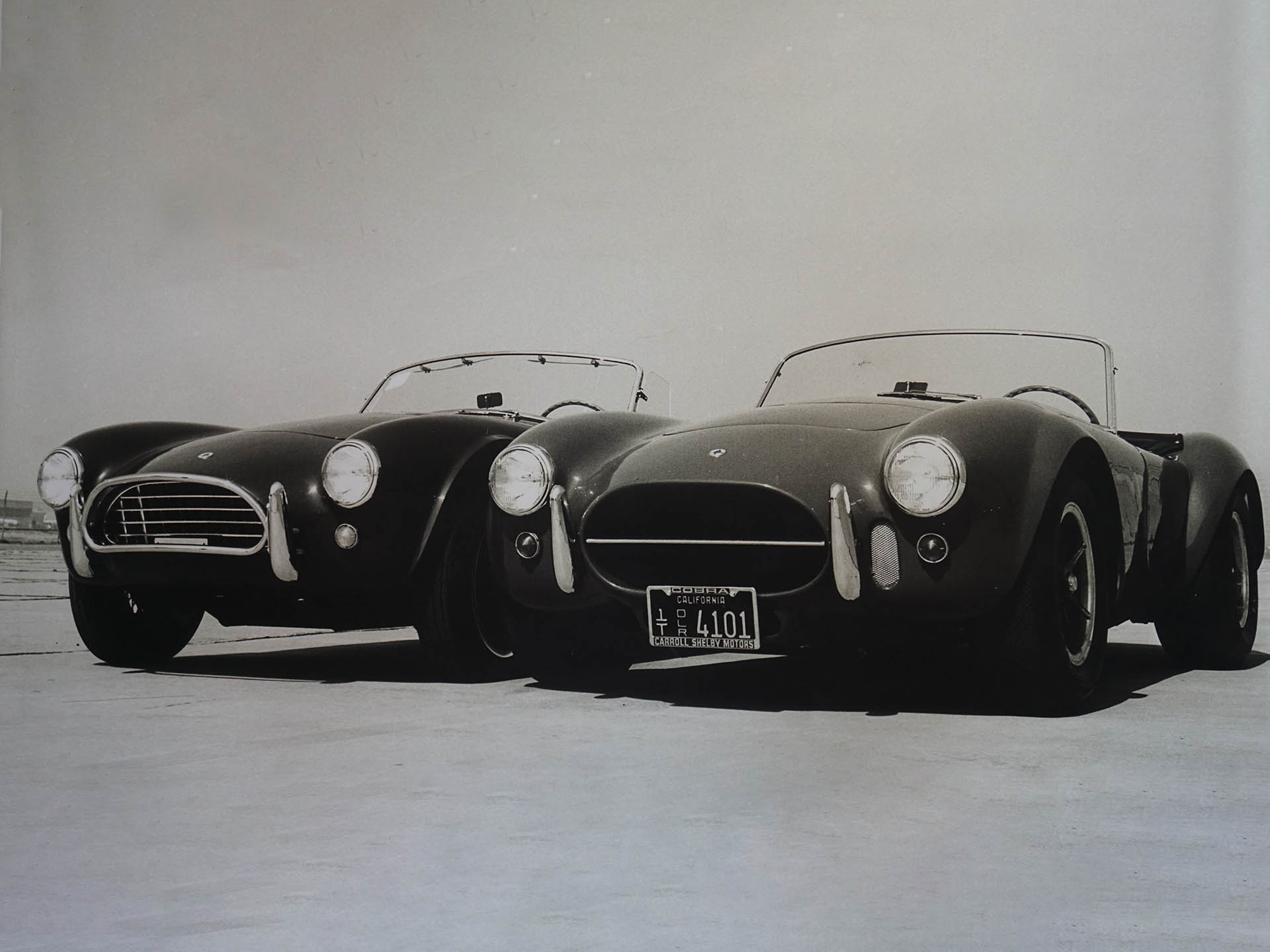 The Cobra came about because Shelby had learned to like American-powered, lightweight European sports cars with the Cadillac-powered Allards. When the time came to build his own sports car he planned to combine the lightweight, aluminum-bodied British AC Ace chassis with a Ford V8. The AC had an aging Bristol 4-cylinder that was underpowered and outdated. In 1962, the Ford V8 was as modern as it got.

“…[We] worked around the clock to build the first Cobra in Moon’s cramped shop. Shelby sat on a stool and watched the action. I was just a kid.”Roy Gammell

Sans engine and paint, an Ace was shipped to Dean Moon’s hot rod shop in Santa Fe Springs, California. There, a small group of rodders including Phil Remington, Roy Gammell and his son Doyle installed a 260-cubic-inch, small-block Ford and had hot rodder Dean Jeffries paint it yellow for the 1962 New York Auto Show. The rest, as they say, is history. Incidentally, that first Cobra, now painted blue, sold in 2016 for $13.75 million.

Hugely successful on the race track but less so in the showroom—only 654 small-block Cobras and 350 big-block cars were sold—the Shelby Cobra is possibly the world’s best known sports car and its legacy continues to this day with related car clubs, clothing lines, and continuation cars—the Cobra being possibly the most copied car on the planet. They say there are probably more Cobras now than there ever were ever built originally and I don’t doubt it.

There are also numerous events such as the recent 21st Los Angeles Shelby American Automobile Club Shelby Tribute and Car Show at the Shelby headquarters in Gardena, California. This huge facility is now home to a small museum of Carroll Shelby’s vehicles, an event space and Original Venice Crew Mustangs (OVC) building continuation GT350s using original ’65 Mustangs. The show is an annual free event open to the public. The several hundred cars on display can be anything relating to Shelby automobiles from Falcons, Ford-powered Sunbeam Tigers and De Tomaso Panteras to an array of the new Ford GT including the custom painted black, white and orange one owned by ex-Ford designer Camilo Pardo who designed the previous GT model. And, of course, there’s a huge selection of Cobras and Mustangs that included a rare station wagon built out of a ’66 coupe and one of only four Mustang GT350 convertibles. What’s literally very cool is that many of the cars are displayed inside the cavernous building out of the hot sun.

You get the run of the building; get to see Shelby-associated celebrities such as Roy Gammell who worked on Cobra numero uno to Doug Dwyer, Ted Sutton, Jim Marietta who operates OVC Mustangs and racing driver/instructor Bob Bondurant. All are approachable and have great stories to tell. We spoke to StateofSpeed.com friend Roy Gammell who worked with his father on that very first Cobra: “We had no time, so dad, myself, Phil Remington, Larry Maldonado and Fred Larsen worked around the clock to build the first Cobra in Moon’s cramped shop. Shelby sat on a stool and watched the action. I was just a kid.”

Two of our favorite cars on display were the one and only 1968 Shelby Lonestar that was built as a stillborn supercar continuation of the Cobra and CSX 3047. This ‘survivor’ Cobra was one of only two painted Hertz gold by the factory in 1965. Despite its well-patinated paint, it is said to be the most original 427 SC left in existence.

…The Shelby Cobra is possibly the world’s best known sports car and its legacy continues to this day.