The history of the American Jeep is well known. Used by soldiers in World War II, it earned a reputation for toughness that endures today. Many will be surprised to learn that the Toyota Land Cruiser has a similar pedigree. During the war, an American Bantam Mk II was captured in the Philippines, and sent to Japan. The military ordered Toyota to reverse engineer it and they came up with the AK model. It was purposely designed to look differently than the Bantam. The Japanese Imperial Army named it the Yon-Shiki Kogata Kamotsu-Sha (type 4 compact cargo-truck). The AK was made in few numbers, and rare photos exist of them in action. In 1942, the AK10 came along. It also used reverse engineering from the Bantam and this time was much closer in looks to the Bantam.

In 1950, Japan was still occupied by US forces after it surrendered in 1945; ending World War II. The goal of US occupation was to create political stability and spur economic growth. When a new conflict began on the Korean Peninsula, US forces looked for military vehicles that could be produced in Japan. The AK design was further refined into the model BJ. It was the BJ that later became the Land Cruiser. The BJ was called the Toyota Jeep. It looked similar to the Willys design with its vertical grille bars, flat fenders, and boxy shape. The Jeep name was a registered trademark of Willys-Overland, so Toyota apologized for the use, and dropped the name. It became simply the model BJ with many conjecturing that the J was for Jeep; although that has never been substantiated.

The Jeep name was a registered trademark of Willys-Overland, so Toyota apologized for the use, and dropped the name. 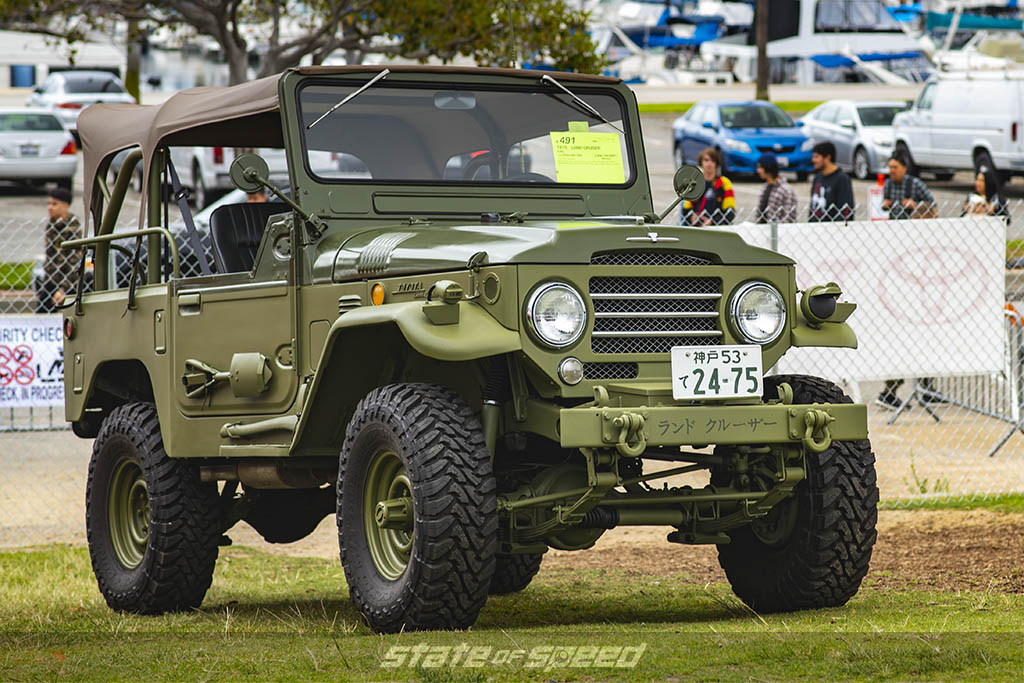 Toyota was building trucks long before World War II. They had parts and tooling available that could be adapted to the new military vehicle. The chassis of the BJ came from Toyota’s model SB one-ton truck. The same truck donated its rear axle to the BJ. The SB rear axle was modified as a steering axle, and adapted for use in the front. The model SB had only a 995cc (60.7 cubic inch) 4 cylinder engine which would not suffice, so they dropped in the type B 3389cc (206.8 cubic inch) six-cylinder engine that produced 85 horsepower and 156 lb-ft. of torque. The BJ was offered in five configurations; touring liaison, two pickup truck variations, a mobile communication truck, and outfitted for firefighting.

The Toyota BJ was built and subjected to several tough trials that included climbing to the 6th station of Mount Fuji, a feat that had never been done before. Despite the impressive demonstrations, the initial design was rejected. The contract was awarded instead to a Mitsubishi-built Willys-Overland. Undaunted by the first rejection, Toyota went after utility companies, and other fleet operators. After continued development, the BJ was adopted by the Japanese National Police Agency in 1953.

In 1954, the name Land Cruiser was adopted. Then in November of 1955, Toyota created the Model BJ25. It was a complete redesign of the Model BJ Land Cruiser. They also introduced the FJ25 that used the F engine. The original BJ was intended to be a military vehicle. The new BJ, and FJ Land Cruisers were targeted towards the general public. Toyota shortened the wheelbase for better maneuverability. Also intended to be more user friendly, the truck’s transmissions were equipped with syncromesh. The interior dimensions were increased, and the suspension was revised to provide a smoother ride. Gone were the crude one-ton truck parts that were originally used on the BJ model. 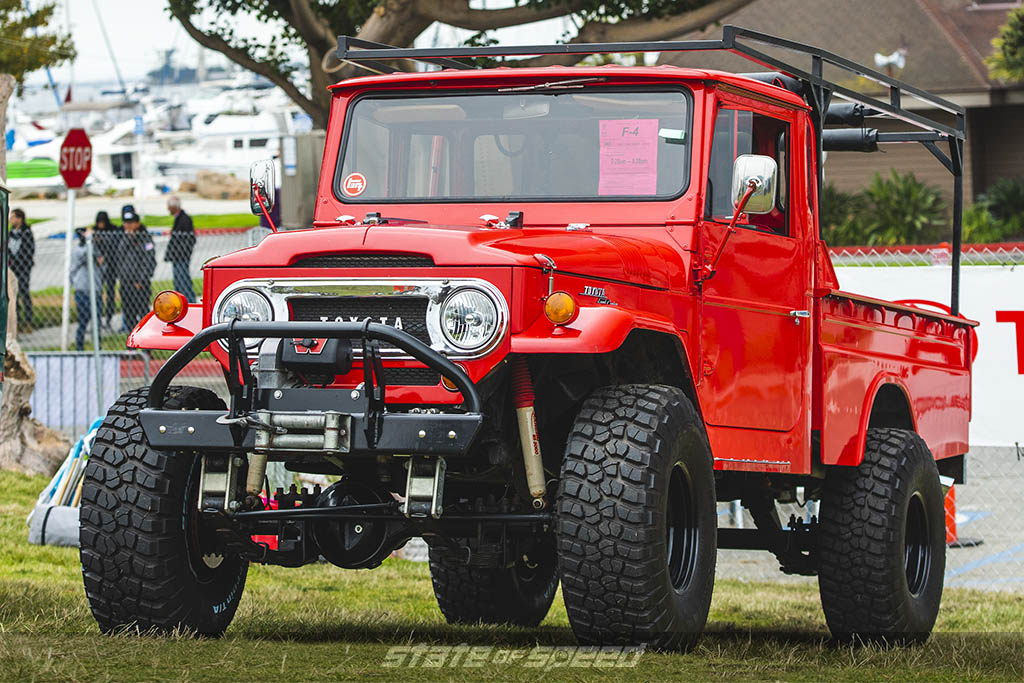 The truck became a world-wide success. In 1955, Toyota was exporting to 14 countries. Of those exports, 98 were Land Cruisers. The following year those numbers expanded to 518 Land Cruisers sent to 35 countries, and in 1957 2,502 Land Cruisers were sent to 47 countries around the world. The list of countries included the United States. One single Land Cruiser was sold in the states in 1957, but the humble beginnings would later develop into a huge market. US sales in 1960 had grown to 162 trucks. By 1987 the US numbers were an impressive 8,858 units sold. Toyota production worldwide had reached over 1.1 million trucks.

Several styles of truck all shared the Land Cruiser name. Foremost was the FJ40 which was so good, it remained basically unchanged from 1960 to 1984. The long wheelbase FJ40 evolved into a new design; the FJ55. Built with typical Toyota quality, the FJ55 was a wagon, but still had a fully boxed frame, and excellent suspension for offroad use. It could comfortably cruise at 80 miles per hour on the highway. Over the years, the Land Cruiser wagon morphed into several models, but sadly FJ40 production ceased in 1984. It was replaced by the FJ70 that was never imported into the United States.

In 2003, a retro looking mid-sized SUV was unveiled by Toyota as a concept car at the North American International Auto Show. The FJ Cruiser took design ques from the FJ40, but departed heavily from the original design. Gone was the straight axle front end (and the unique feature of having both front, and rear pumpkins on the same side which allowed you to dodge rocks). The basic utilitarian vehicle had grown into a bloated monster that was difficult to see out of. It was popular with a new group of owners, but did not resound with the traditional FJ40 enthusiast. Original FJ40’s and their FJ55 cousins demand high prices on the used market. Several companies exist that restore originals, or will build a new one from scratch. Either option will cost you 6 figures.