What Is a Supercharger?

Which Is the Right One for Your Car or Truck?

Most custom car and truck enthusiasts pay lots of attention to their engines. While keeping them in tip-top running condition is a given, increasing performance is always a more interesting topic of conversation. Now, there are plenty of methods to bumping up horsepower and torque output, from simple bolt-ons to digital reconfigurations (depending on the vehicle), but one of the most popular pieces of equipment to add more power in a hurry is a supercharger. 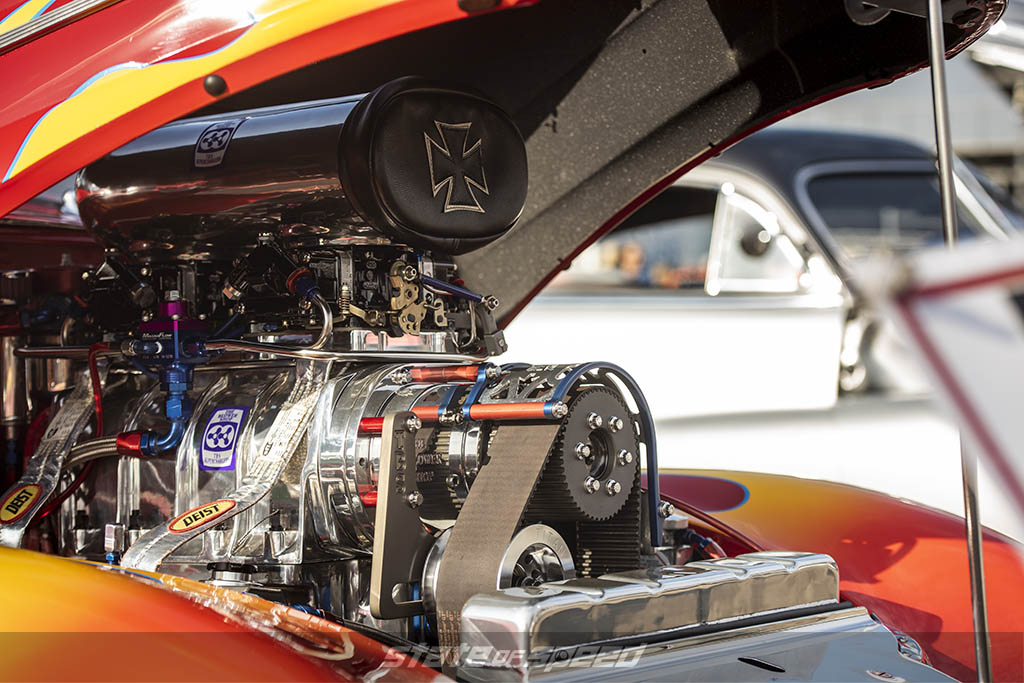 While the blanket “supercharged” term does get the point across—that there is major performance enhancement made to an engine, there is more to understanding exactly how that enhancement is made. Some might not care all too much to know the details, but to inquisitive minds, knowing what type of supercharger that is attached to an engine tells a lot about where the extra power is coming from and how. 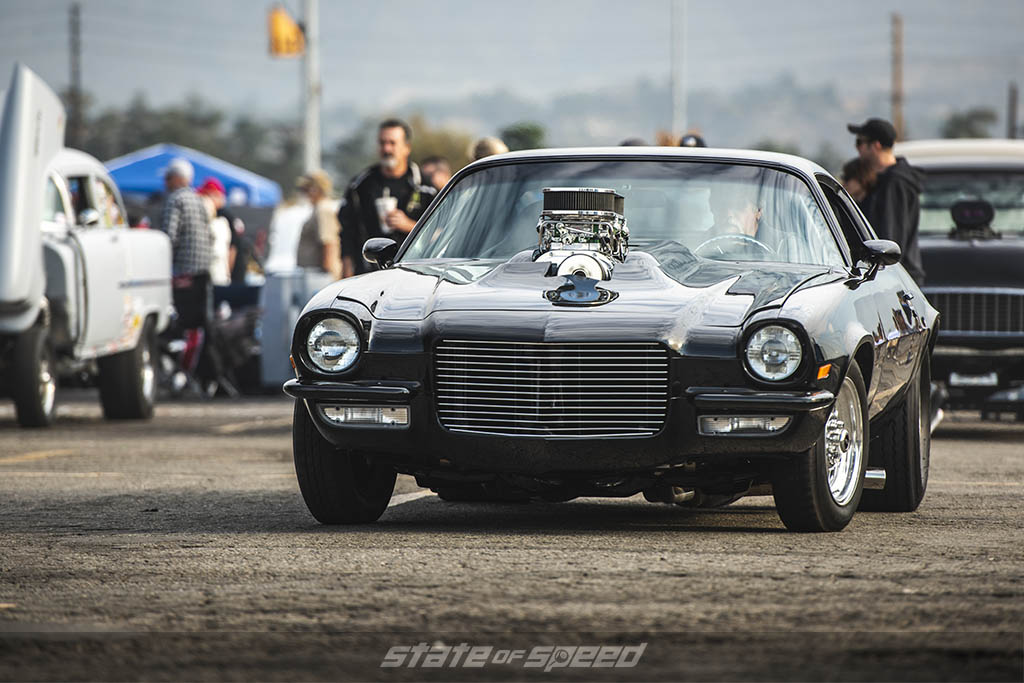 What Is a Supercharger?

Those who are even somewhat familiar with how engines work know that the more oxygen that is introduced to an engine, the better. Building on that basic theory, a supercharger basically creates and injects more (much more) oxygen into an engine, which in turn, increases fuel burning efficiency. This directly increases the amount of power that engine can put out. Now, there are different types of superchargers that vary in the way of accomplishing that exact mission, which we will expand upon soon enough, but for the purposes of building a good foundation of information, let’s first understand this first piece of the equation.

What A Supercharger Is NOT!

The terms “supercharged” and “turbocharged” may sound like they could be interchangeable. Granted, both are in essence very similar, as they are both air compressors that “charge” an engine with a much-higher-than-normal flow of oxygen into the combustion chamber, but it’s the way they get that job done that presents the difference between them. 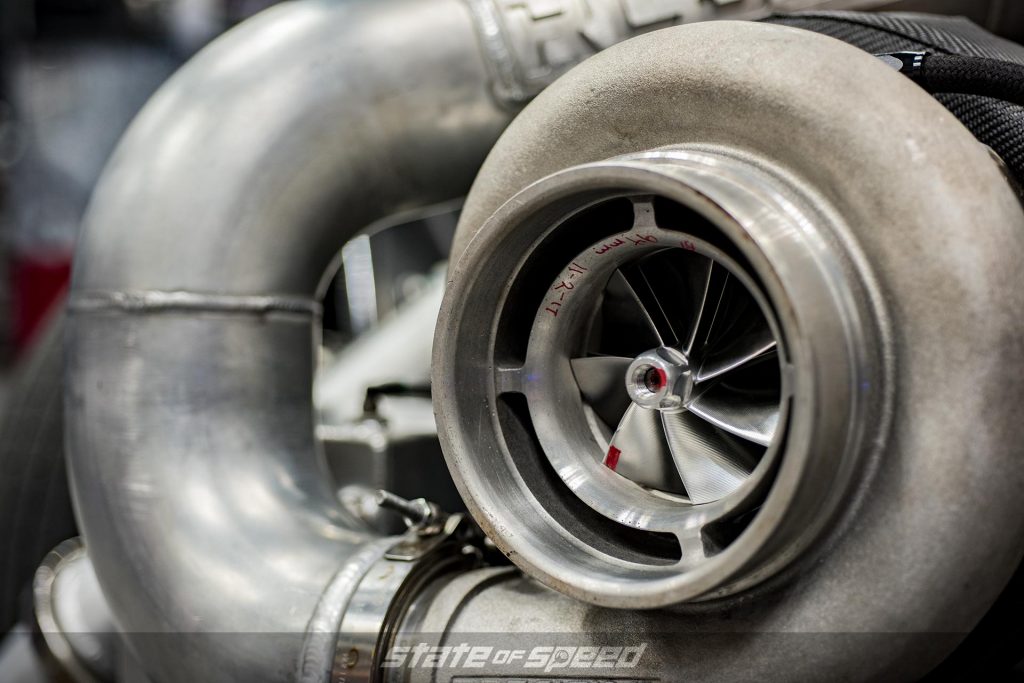 Any type of supercharger is a “parasite” in the sense that is it powered by the very source (the engine) that it is designed to enhance. It’s belt-driven by the crankshaft (or an electric motor in some cases), and while a supercharger does require energy to function, the amount of energy it allows an engine to make far exceeds its cost of operation. A turbocharger, on the other hand, utilizes the velocity of expelled exhaust gasses to create energy that, in turn, directs more air into the engine. Props to the turbo for turning wasted energy into a renewable source of power though, right?

While there are other types of superchargers out there, there are three notable variations that you may already be familiar with. While you may not have known the exact difference(s) between these styles, they do provide their each set of pros and cons depending on their application. As previously mentioned, each of these superchargers is dependent on power from the engine to operate, but the fashion in which each operates is a bit different. But of course, each is designed to provide the same end result. 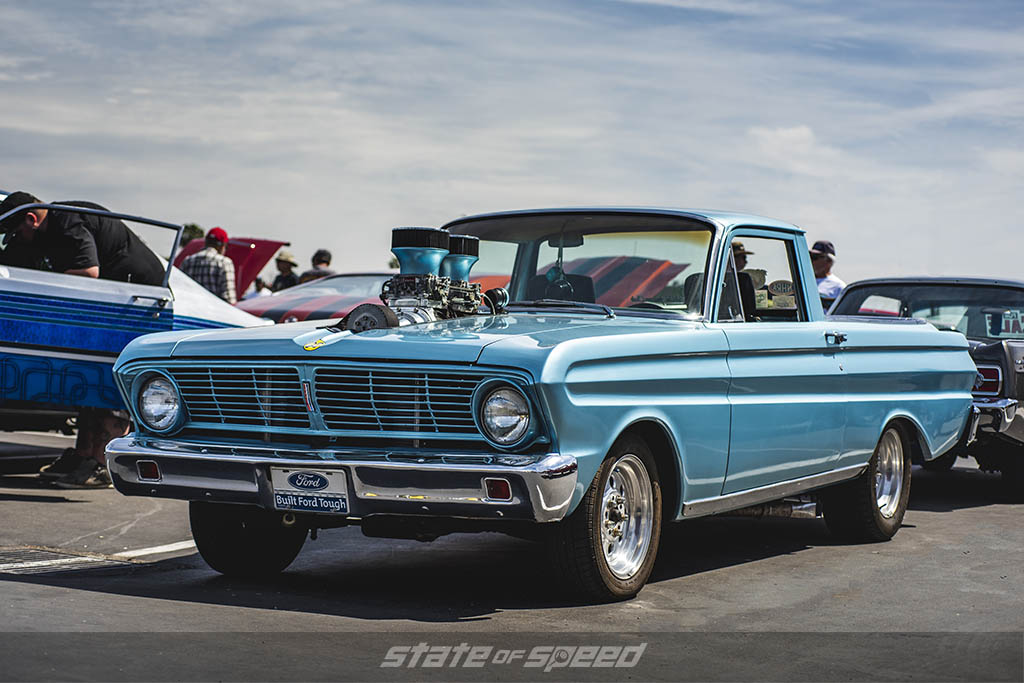 You’ve heard of a blower, right? Well, in case you didn’t know exactly what somebody was referring to when talking about their latest engine tweak, a roots type supercharger is what they mentioned. The path of air in which the blower starts with comes directly from the air intake, through the throttle body, into the supercharger, where two oppositely spinning, lobed rotors are doing their thing. These rotors direct the high capacity oxygen through an intercooler (because this process does produce high levels of heat) and into the engine where the rate of combustion is increased, which in turn makes all the extra power. The roots supercharger is ultra reliable, probably the most inexpensive across the board, and offers good low RPM boost, making it highly appealing. 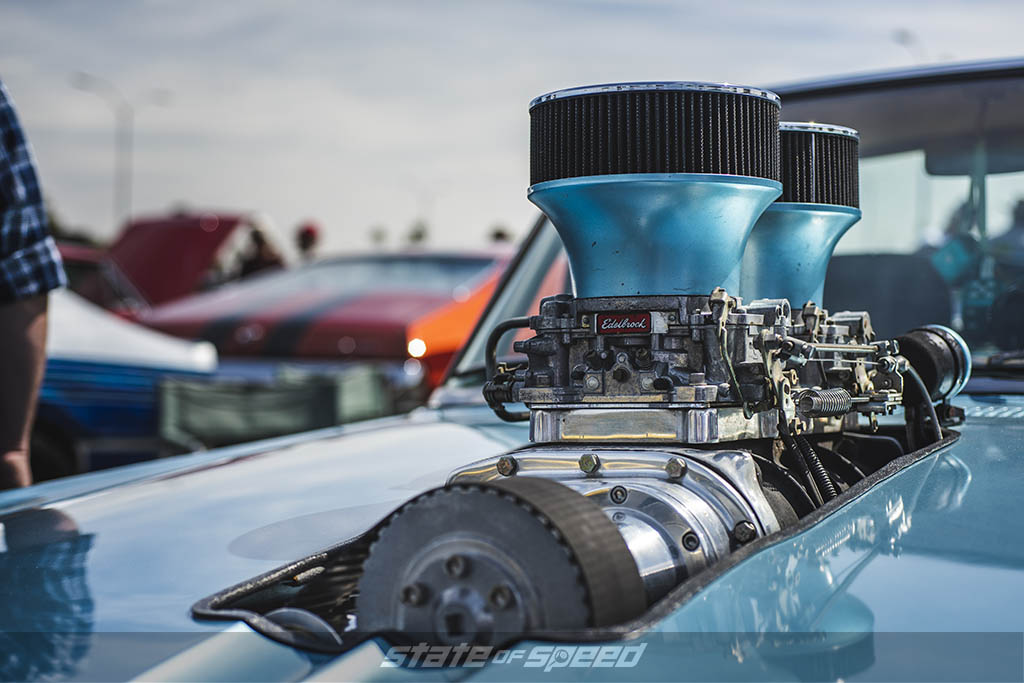 The twin screw design is similar to the roots supercharger as far as set up, placement on the engine and overall appearance is concerned. It is inside the supercharger itself where the mechanics make all the difference. Instead of spinning away from each other, as in the roots style, the two rotors (screws) spin towards each other, and because of the design of these rotors, the air is compressed inside this supercharger, and not in the engine itself as with the roots style units. This directly leads to higher thermal efficiency.

BOTH the roots and twin screw superchargers are positive displacement types, which simply means that torque levels are increased across the RPM board. So, whether you’re cruising around town or have the pedal mashed to the metal, you’ll experience increased performance gains throughout. 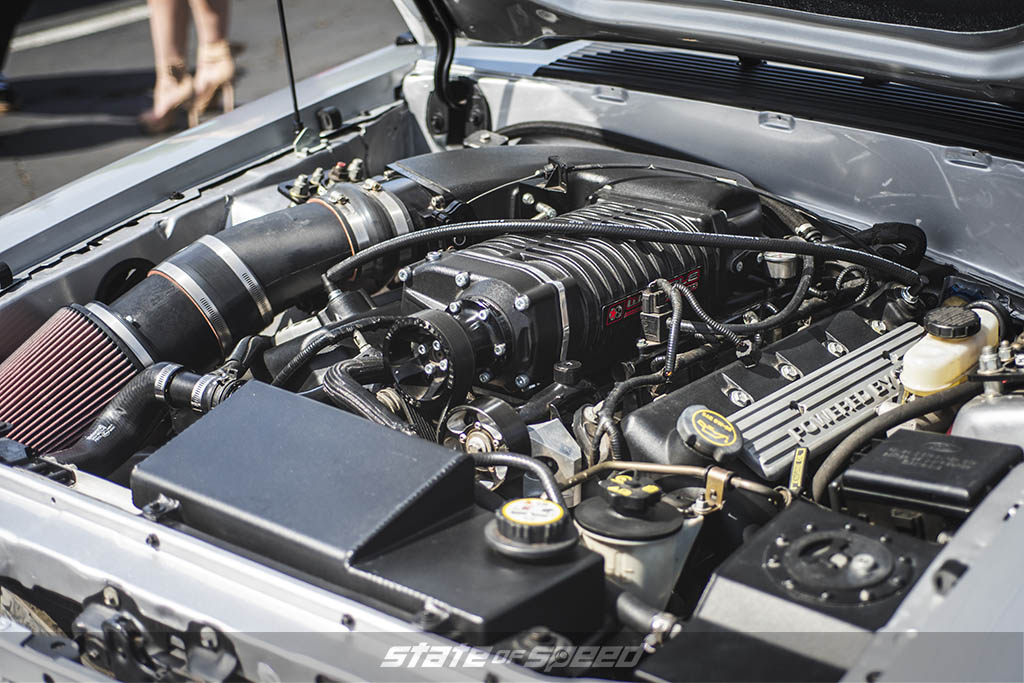 The design of the centrifugal supercharger is a lot like a turbocharger, as both rely on an impeller to suck in air at an increased rate, then distribute that air through the rest of the engine system. Instead of being powered off exhaust gases like the turbocharger, however, the centrifugal supercharger is still belt-driven by the engine, unless it is an electric style that would be equipped with its own alternator, battery and motor. 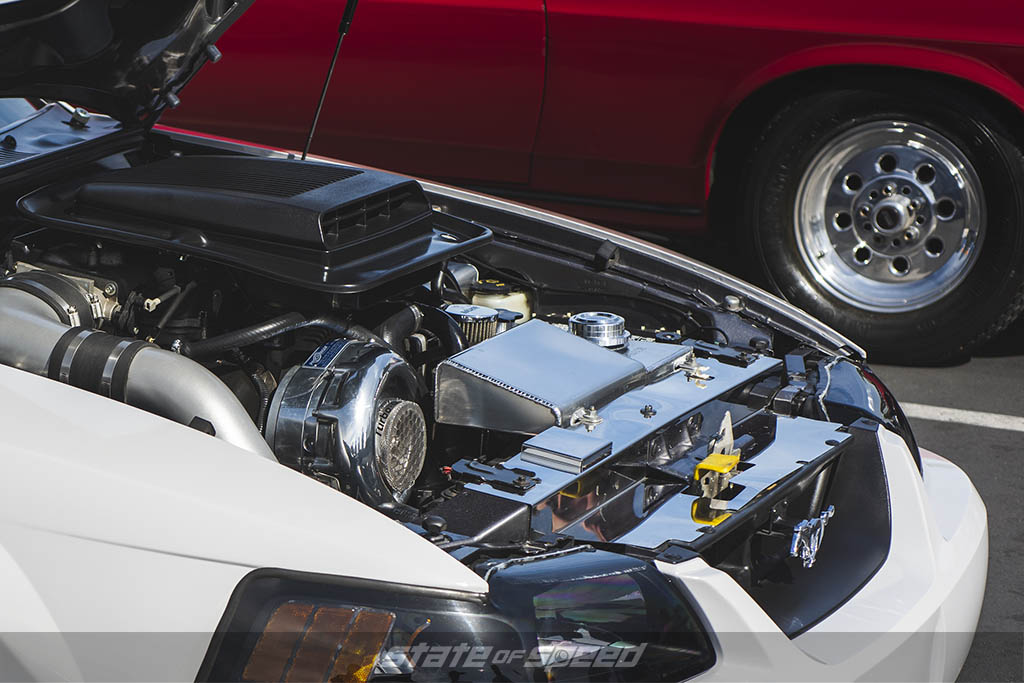 The centrifugal design also differs from the roots and twin screw superchargers being that it is not a positive displacement unit. Since the impeller on a mechanical (non-electric) centrifugal charger only spins as fast as the engine’s RPM output at any given time, there really is only a major increase of torque at the top end RPM range. The electric version offers much better performance at all RPM ranges but there is a considerable amount of extra equipment that also goes along with the installation. 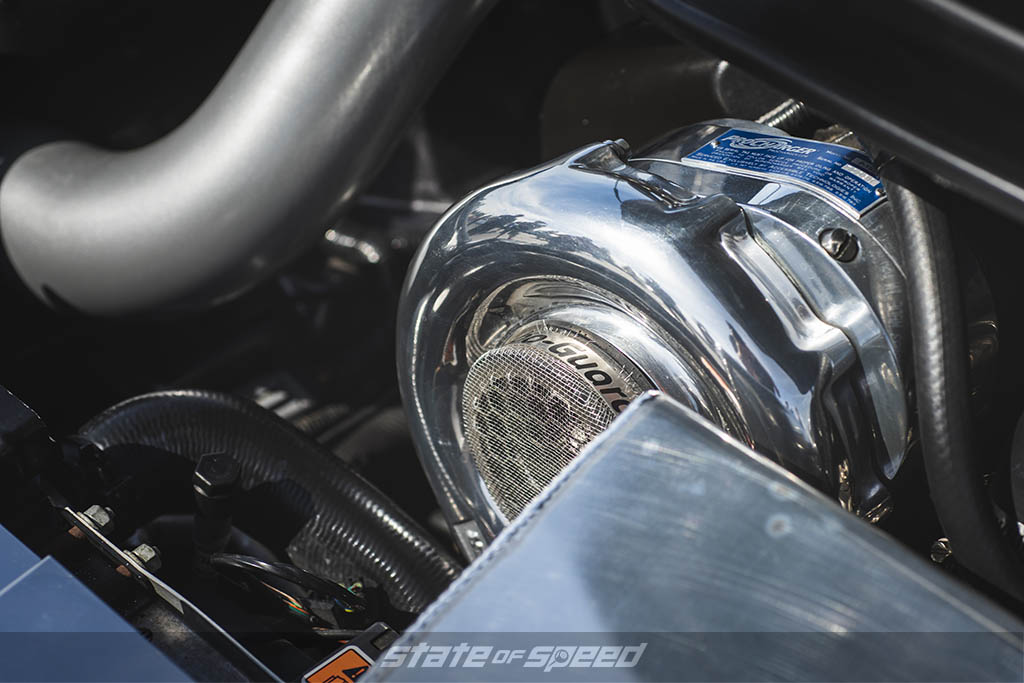 Also consider the fact that the actual size of centrifugal type superchargers are much more compact than the two others, and don’t have to be mounted vertically on top of the engine like they do either. It can be placed “before” the throttle body, and therefore is much more flexible as far as placement on the engine. 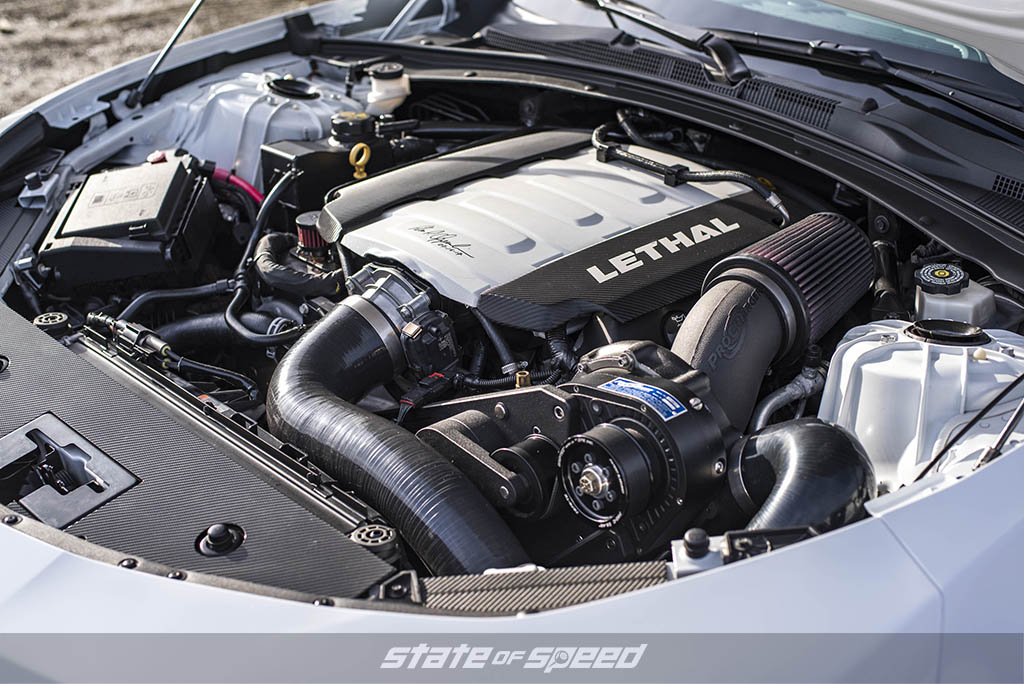 Superchargers make a big difference under the hood, and luckily there are multiple types to ensure that there is an absolute right one to best meet your vehicle’s individual needs. And if the right supercharger for the job turns out to be a turbocharger, well then, hey go ahead and run with it.