From 356 to 993, These are the Cars that Built a Teutonic Legend

The air-cooled, horizontally-opposed engine design that Porsche used with great success over decades had humble beginnings as a four-cylinder development of the original Volkswagen powerplant, but grew to become one of the most iconic engines ever found in both sports cars for the street and pure race cars. Here are ten milestones that cover the 50-year history of Porsche air-cooled boxer street cars. 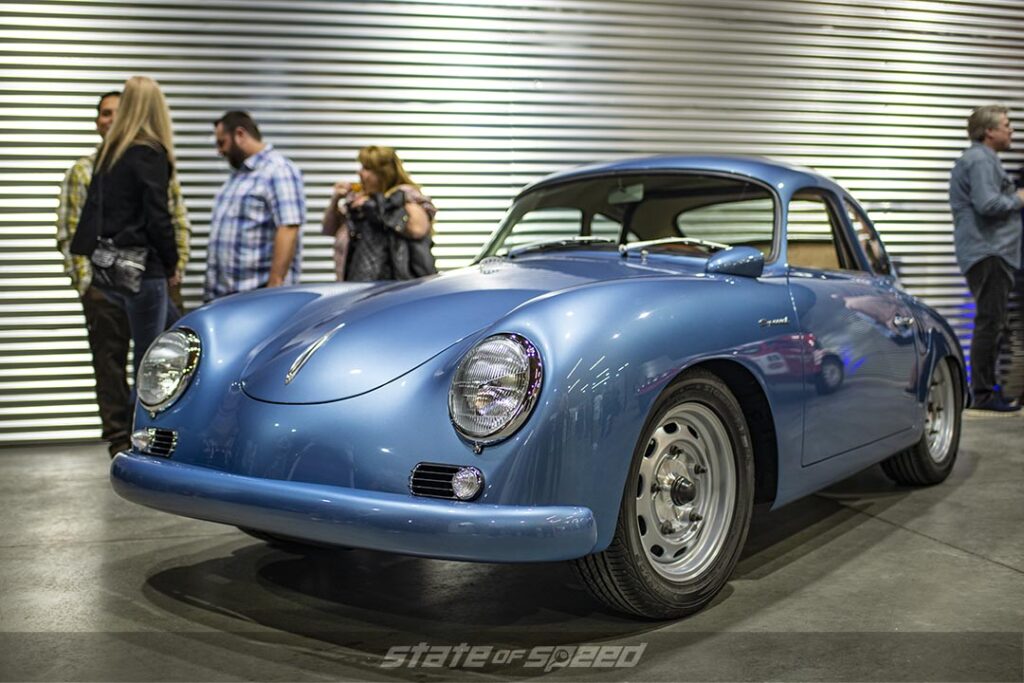 From the rubble of war-ravaged Europe, a small, lightweight, rear-engine sports car based on the basic powertrain design of the pre-war Volkswagen “People’s Car” was created, dubbed the 356. The flat-four engine grew in displacement (from 1.1 to 1.5 liters), valve count (the 4-valve Carrera became optional at the end of 1955) and horsepower (29kW/39HP initially, 118kW/160HP in the most highly developed version) over the 356’s 76,000+ unit,19 year production run. 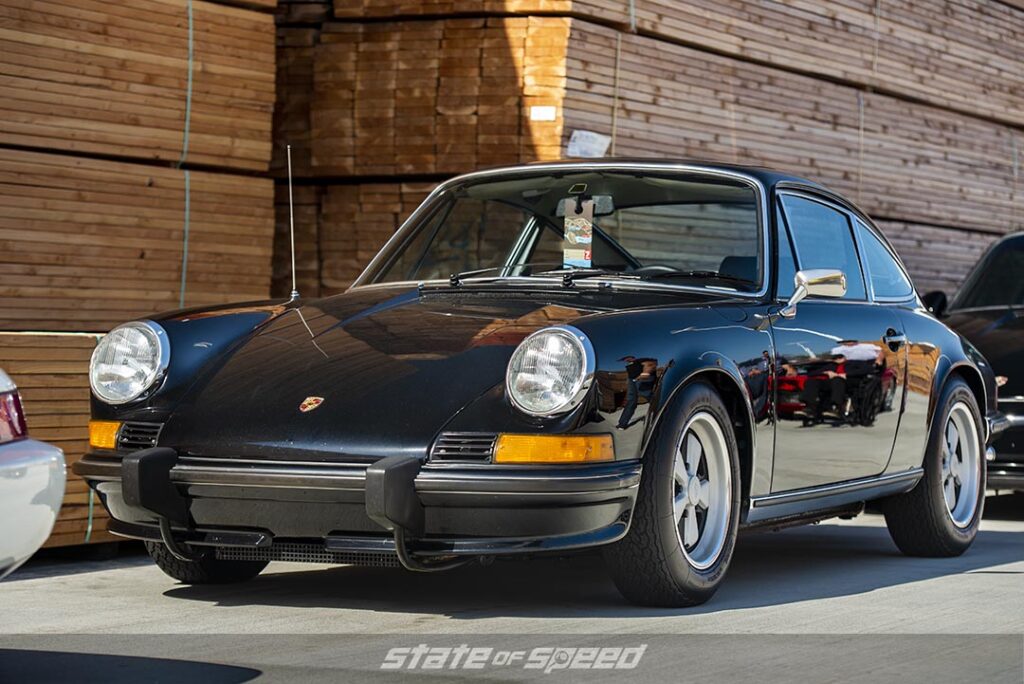 With the 356 still selling but at the end of its development potential, the automaker introduced a new design, retaining the rear-engine layout but adding an additional two cylinders, which bumped the displacement to 2 liters and power to 96kW/130 horsepower. You may not have heard of this obscure model, as production only continued through 1989, but it represented the cornerstone of Porsche’s business model, with a legacy that continues to this day. 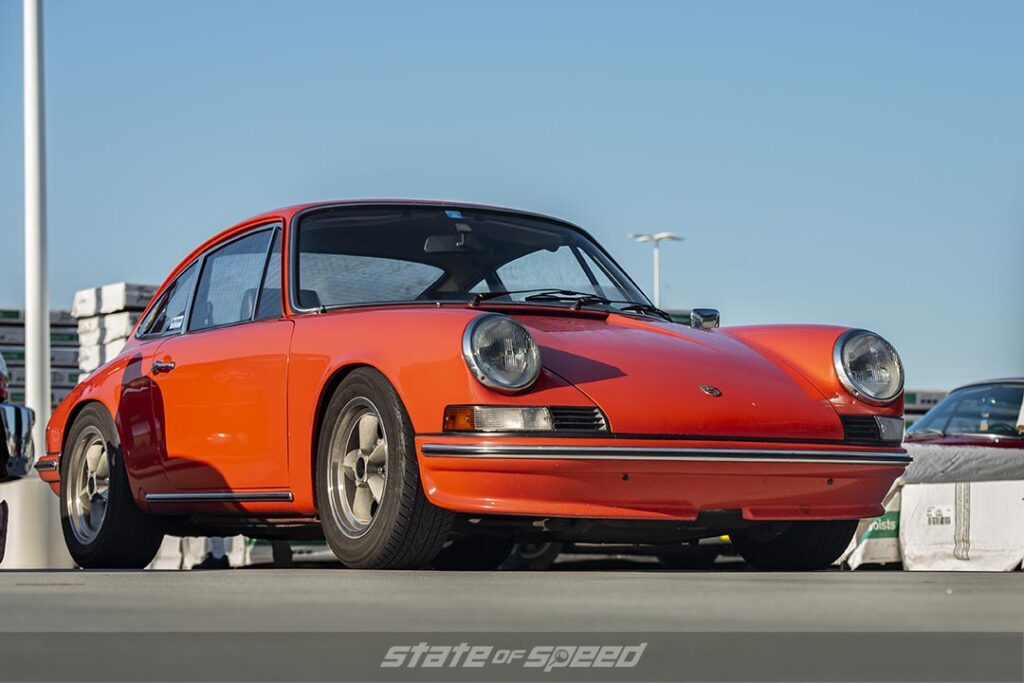 Concern over the increased cost of the new 911 model compared to the outgoing 356 led to the introduction of an ‘entry-level’ version of the platform powered by a holdover flat-four sourced from the latest versions of the 356. Lighter, less expensive at $4,700 list price, and offering 66kW/89HP, the 912 substantially outsold the 911 at first, but by 1969 production facility realignment and stricter looming emissions requirements in the critical US market led to the decision to end 912 production in favor of the 911 and 914. In 1976, the 912 name was revived for an “E” model to replace the 914 as the bottom step of Porsche’s three-rung performance ladder until a proper successor came on-line. Just shy of 2,100 total 912E models were manufactured during that single model year, and were only sold in the US market. 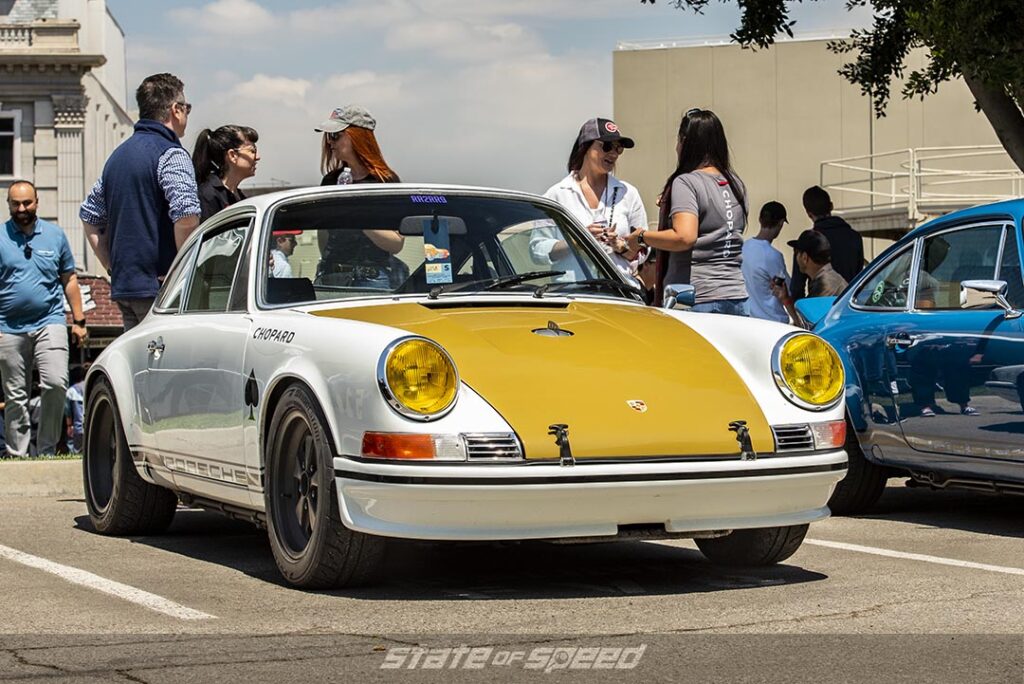 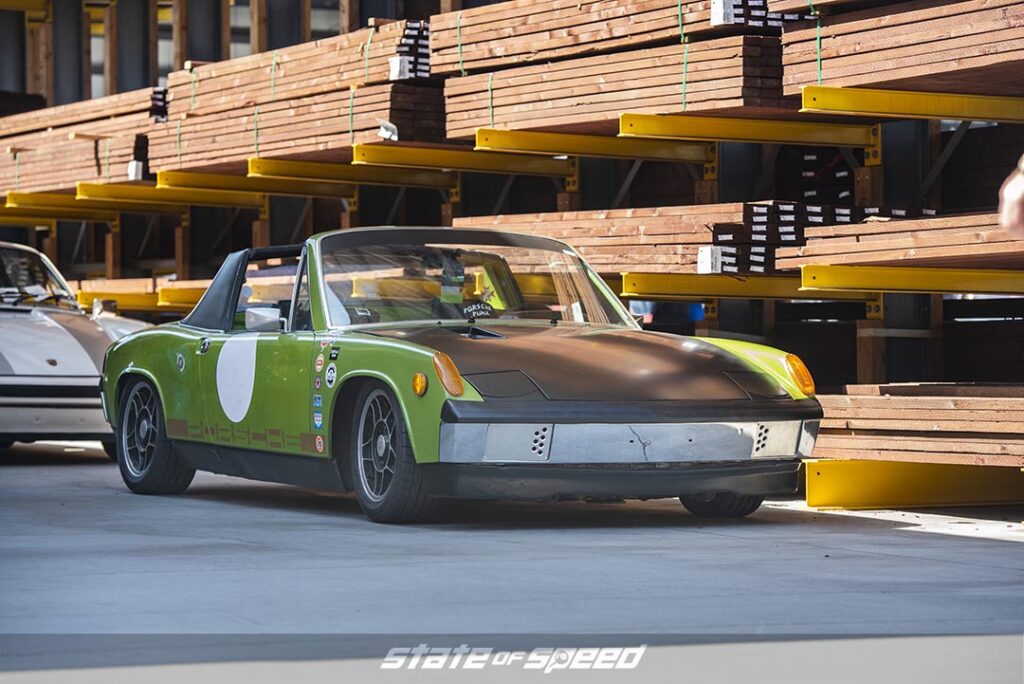 Born out of a contractual obligation to provide developmental support for Volkswagen and the need to phase out the 912 in favor of a new model, the 914 was originally conceived as being sold as a VW when powered by a flat-four and a Porsche with 6-cylinder power. Concern about the US market and potential brand confusion led to Porsche marketing both models, bringing the long-standing ‘gentlemen’s agreement’ between the two companies to a sour conclusion. The car itself was a success, outselling the 911 and pioneering a rear-mid-engine powertrain layout that placed the engine ahead of the rear axle instead of behind it as it had been in the 356, 911, and 912. Though more than 118,000 were sold worldwide during the eight year production run, a bare 3,300 914/6 models would be produced. Largely overshadowed today by the runaway success of the many 911 models that appeared subsequently, the 914 was in many ways the blueprint for the modern Boxster/Cayman platform. 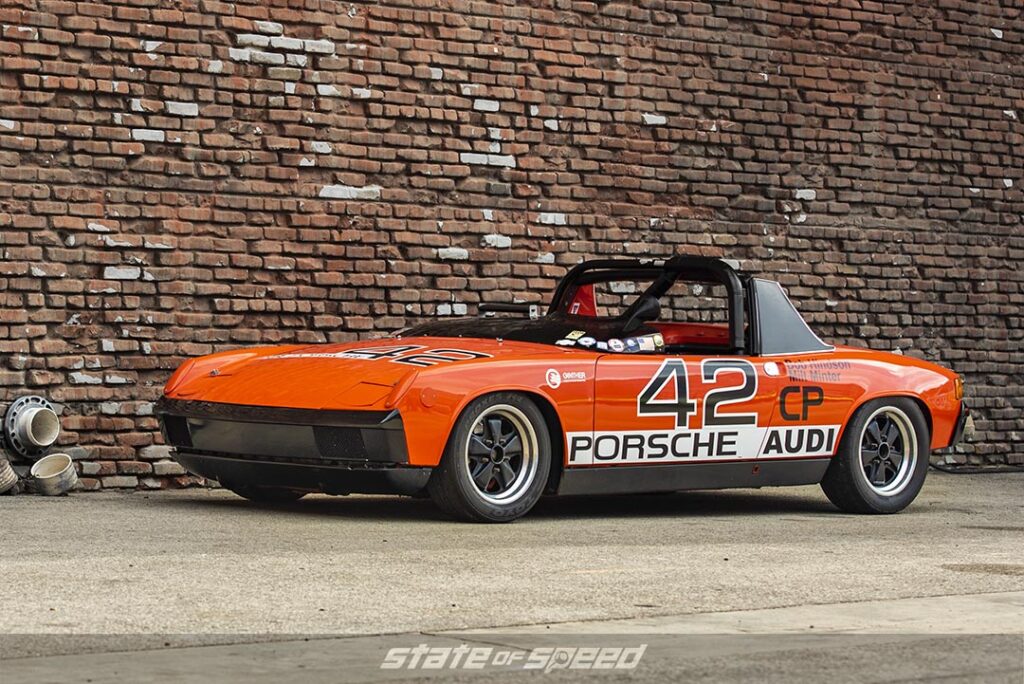 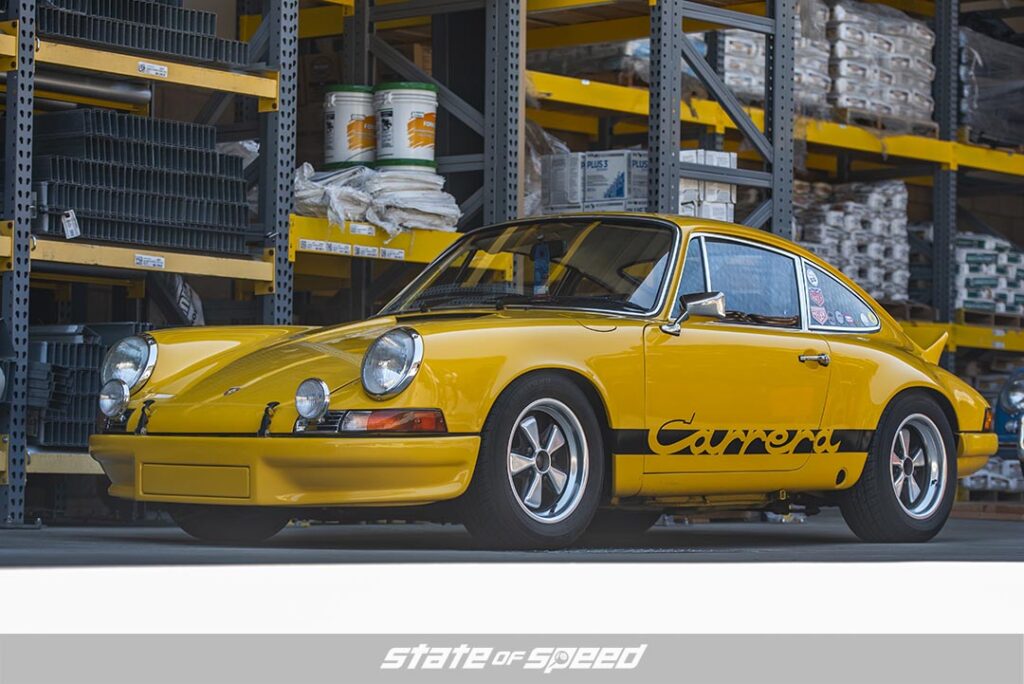 The Rennsport (‘racing sport’) version of the classic 911 is widely considered to be one of the most desirable models from a collector’s standpoint, thanks to their improved performance and relatively low production numbers. Porsche, looking for a competitive edge in racing organizations that demanded a minimum number of cars be built and sold to the general public, created the RS as a ‘homologation special’ with a bigger and more powerful 2.7 liter six delivering 154kW/207HP. Other changes from the standard production model were an upgraded suspension, wider rear wheels and tires, more capable brakes, and aero mods that included the now-iconic “duckbill” rear decklid spoiler. In addition to these features of the “Touring”-spec RS, buyers could also tick the Sport Lightweight box on their order form which substituted thinner body panels and glass, saving an additional 220 or so pounds over the already-light 2,400 pound curb weight of the RS Touring. 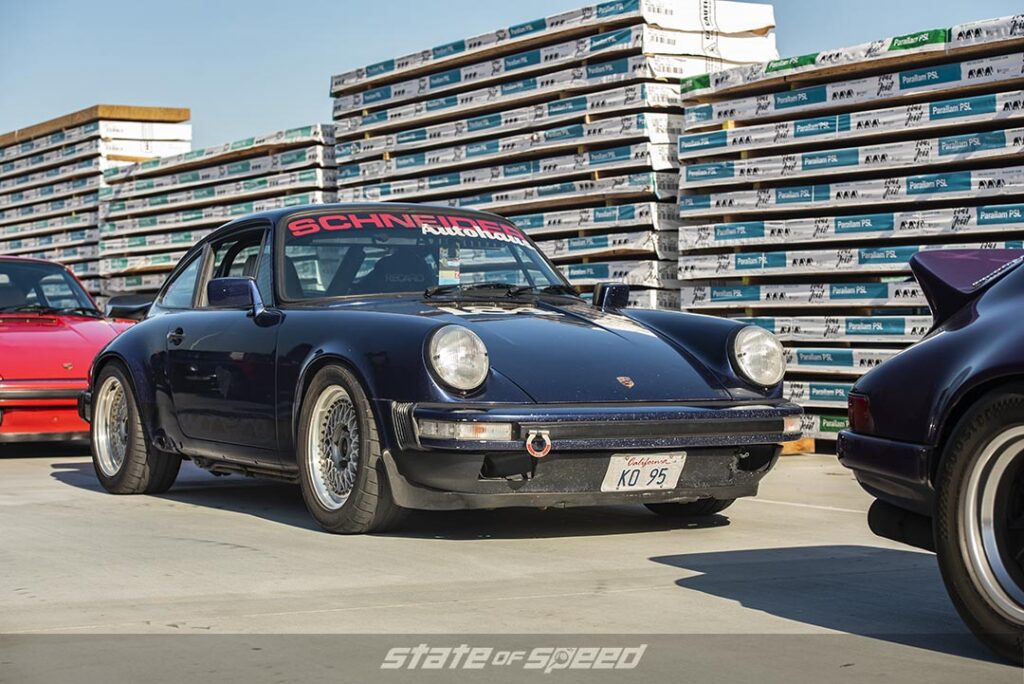 Though officially referred to as the 930 in the US, this variation was universally known worldwide as simply the “911 Turbo”. Introduced with a 3.0 liter engine rated at 190kW/260HP, the 930 had grown by 10 percent in displacement and another 40 horsepower by 1978; while 300 ponies doesn’t sound like much by modern sports car standards (or even compared to some crossovers), in a lightweight chassis with extreme rear weight bias and legendary turbo lag, it was more than a handful to drive. Even comically-wide rear fender flares to cover enormous rear tires and a giant whale tail spoiler could only partially correct the car’s off-throttle understeer/snap oversteer handling characteristics, and perhaps no vehicle in history other than the Beechcraft Bonanza has actively tried to kill as many doctors, investment bankers, and trust fund kids as the original 911 Turbo. Nevertheless, it remains an object of pharmaceutical-grade desire for anyone who was aware of cars in that era.

…perhaps no vehicle in history other than the Beechcraft Bonanza has actively tried to kill as many doctors, investment bankers, and trust fund kids as the original 911 Turbo…

The 930 had a hiatus in the US market due to emissions issues from 1981 until it was reintroduced for 1986, and by then the car was long in the tooth in terms of engineering, but it was still hugely profitable for the company. Porsche squeezed every bit of sweet, sweet juice out of the Turbo nonetheless, introducing the ‘slant nose’ version towards the end of production in 1989. 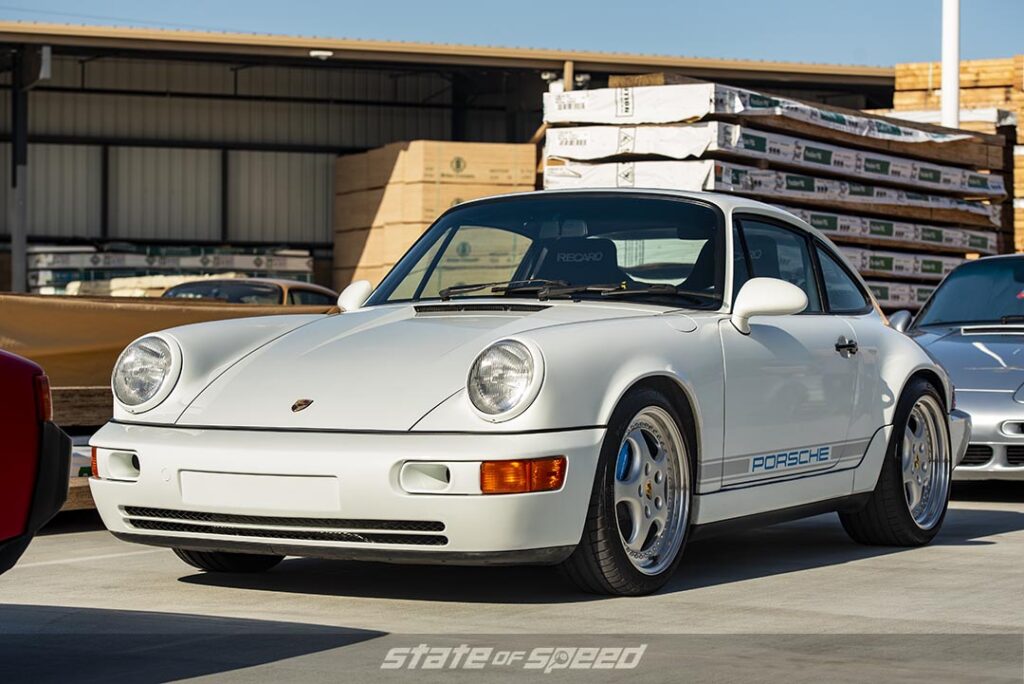 Marketed as the “Carrera 2” and “Carrera 4”, the internally-designated 964 platform carried over just 15% of its design from the ‘classic’ 911, and was the first version to offer all-wheel-drive; as a matter of fact, the original 1989 model was only available in Carrera 4 configuration with the Carrera 2 coming on-line a year later. Power came from an equally new 3.6 liter air-cooled flat six designated the M64 rated at 184kW/247HP, and the suspension design made the radical shift from torsion bars to coil springs, with the ubiquitous MacPherson strut configuration up front and an independent semi-trailing arm rear. Coupe, Targa, and Cabriolet body styles were offered, and power steering and ABS were introduced as standard features. Buyer demand in the US led to an RS America version for 1993 and 1994, based off of the Carrera 2, featuring a whale tail spoiler, de-contented interior, and lower 2,954 pound curb weight, among other changes. Overall, the naturally-aspirated 964 spanned just half a decade of production but racked up 63,762 cars built among all the configurations. 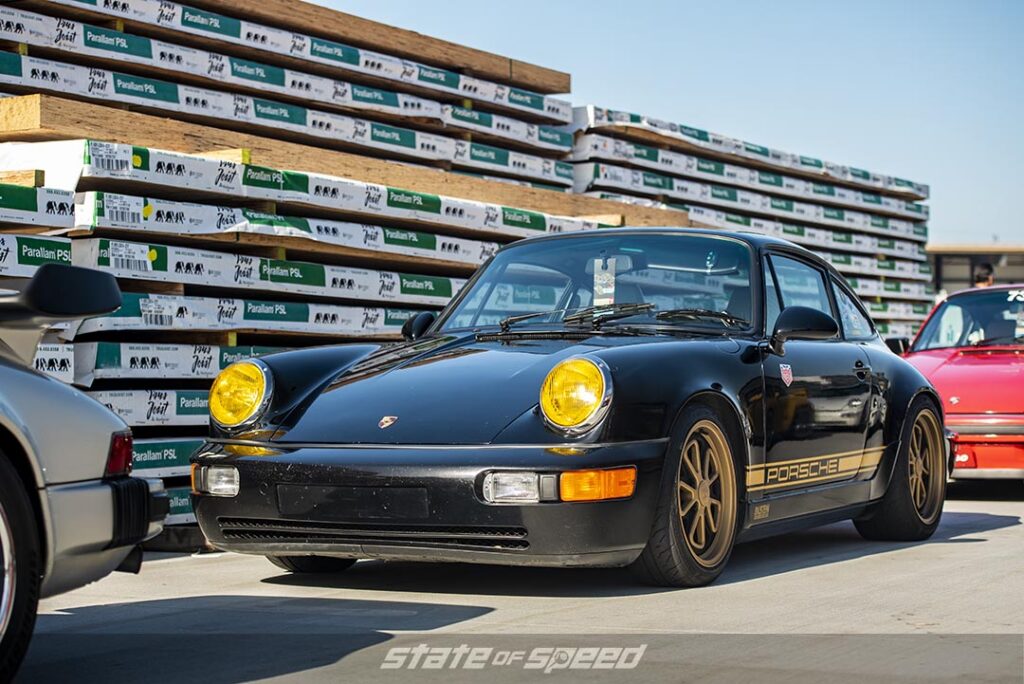 With the introduction of the new chassis and naturally aspirated motor but a successor to the previous Turbo’s powerplant still under development, the 930’s engine was used as a stopgap. Changes increased rated power to 235kW/376HP but blunted a bit of the turbo lag, which along with the revised chassis and suspension made the car much easier to drive at the limit than the previous Turbo, but still not particularly forgiving of large changes in throttle position mid-apex. 1992 saw the debut of the Turbo S, which had the same peak power but detail revisions to the tune, a lightweight interior similar to the RS America, a manual steering rack, and lowered suspension. Only 86 were produced, making for one of the rarest road-going 911 models ever offered. By 1993, a new boosted M64 was finally available for the Turbo 3.6 model with 265kW/355HP on tap, but the 964 was nearing the end of its abbreviated lifespan and only one model year and less than 1,500 total cars were produced to that spec. 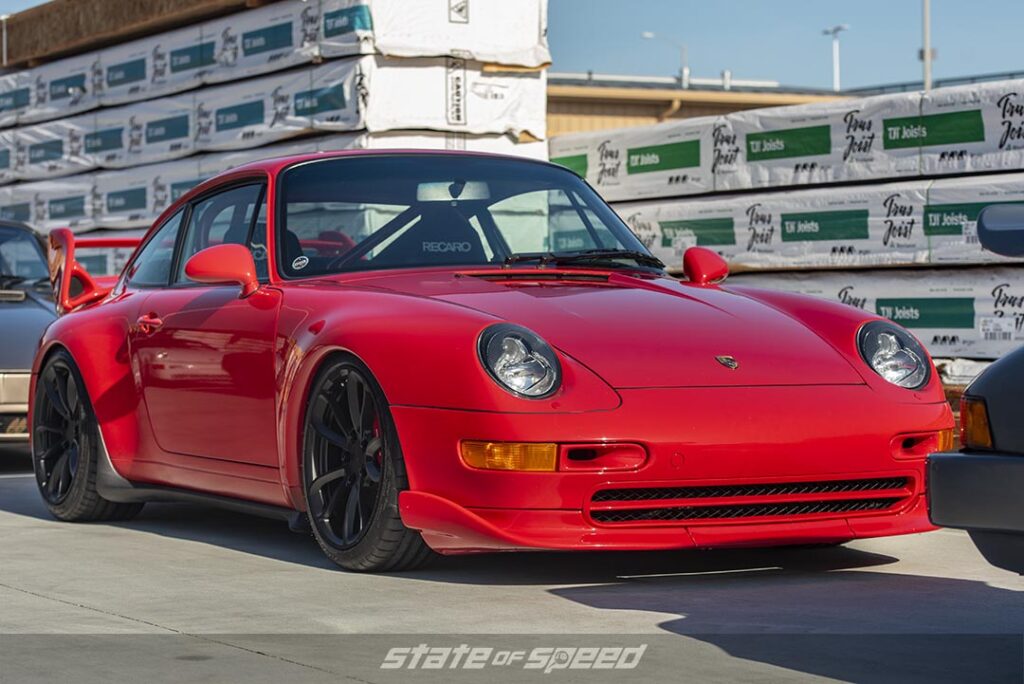 For the 1995 model year, Porsche once again mutated the 911 DNA to produce another generation with minimal (claimed less than 20%) carryover from the 964. Major frame and suspension design changes improved handling and further tamed the inherent snap-oversteer characteristics common to rear engine designs, and once again both 2 and 4 driven wheel models were offered. While the M64 engine design was carried over, this generation gained a sixth gear in the manual transmission and a bump to 200kW/268HP at introduction. Coupe and Cabriolet body designs were manufactured, along with a complex “greenhouse” roof marketed as a Targa but with a power-retractable glass panel in place of the previous removable section. Production ended in 1998 thanks to the air-cooled design no longer being able to reasonably meet emissions and noise standards, but not without one final model to properly put a coda on the end of the air-cooled 911 symphony… 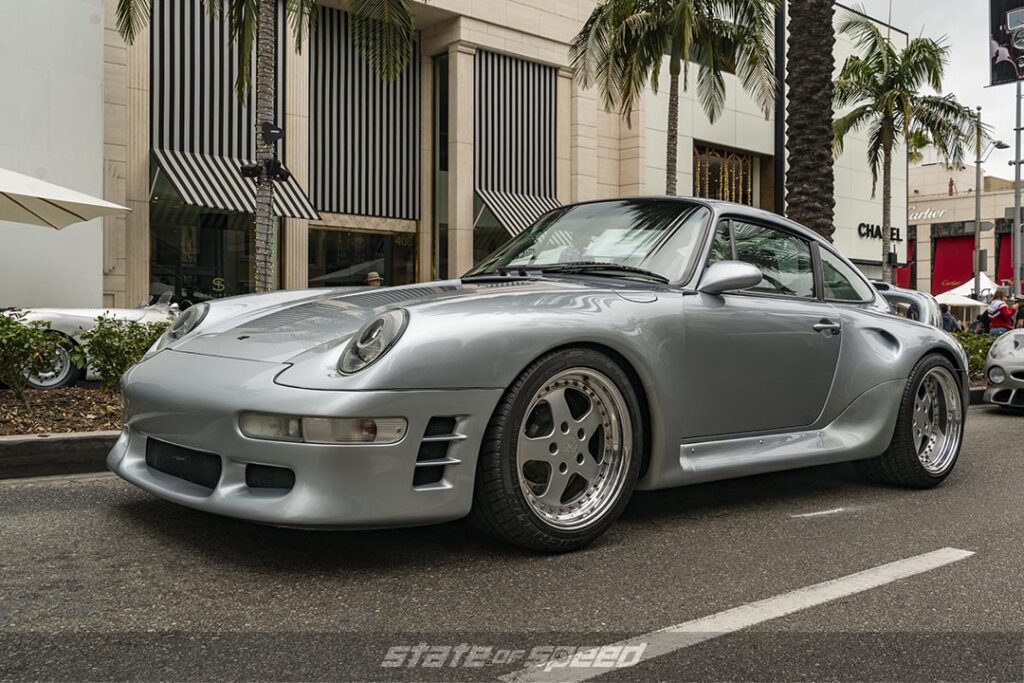 Everything came together in the last air-cooled Turbo 911, with a 3.6 liter twin-turbo M64 cranking out 300kW/402HP, the first all-wheel-drive layout for a 911 Turbo, wider rear bodywork, and of course a whale tail spoiler. All the nasty surprises of the original 930 had been eliminated, creating a car that was more forgiving when pushed, not a carnival ride in bad weather, and shockingly quick under all circumstances. The ante was upped in 1997 with the Turbo S’ uprated engine delivering 424 horsepower, and another homologation special, the GT2, was produced and sold in small numbers, making it highly sought-after by collectors. All things considered, the 993 Turbo was a fitting conclusion to the first part of Porsche’s 911 evolution.