The Best of JDM at Pebble Beach

For the first time ever, Japanese makes had a headlining event during Pebble Beach Automotive Week. The inaugural Japanese Automotive Invitational presented by Infiniti brought out some of the best JDM cars from across the US. 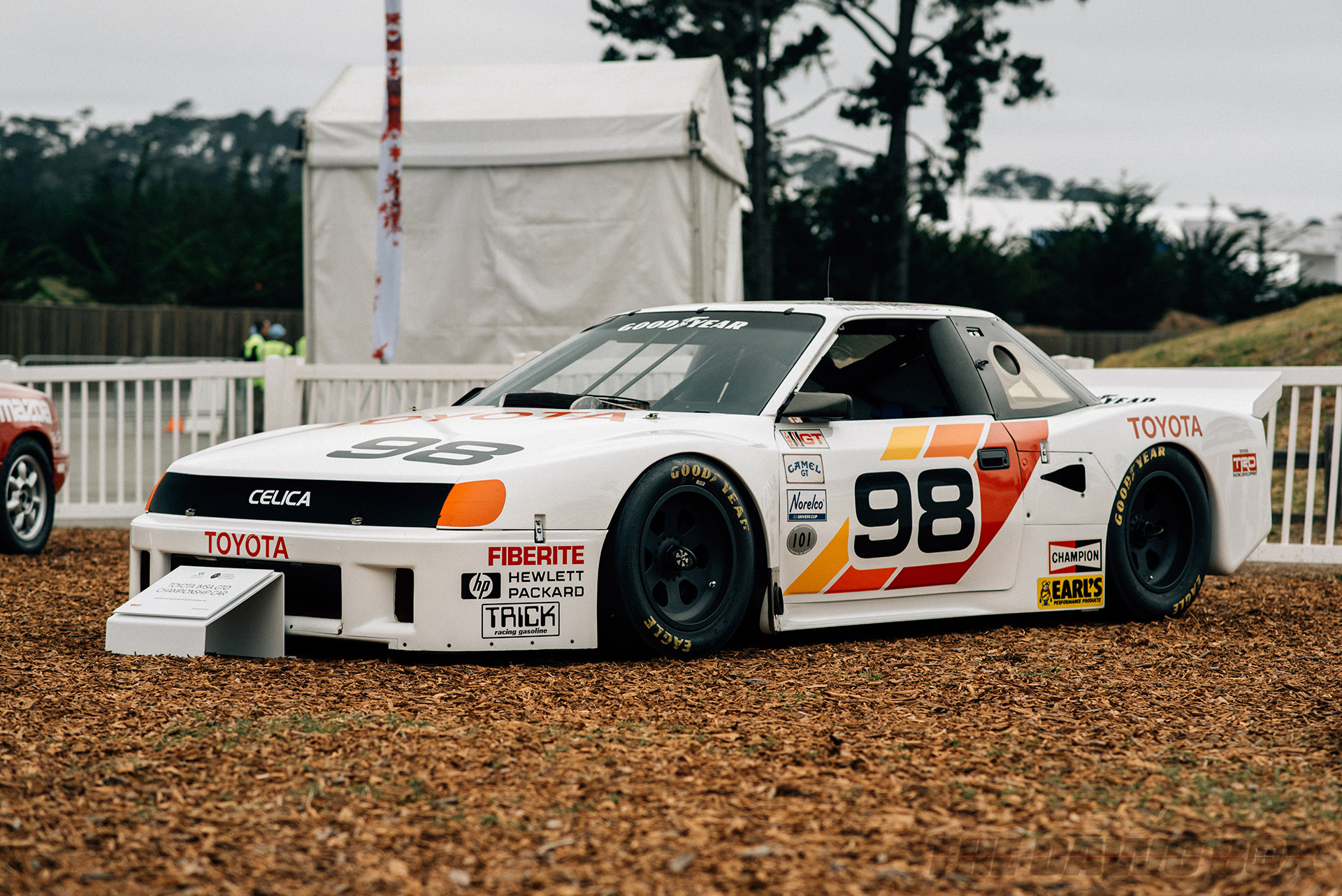 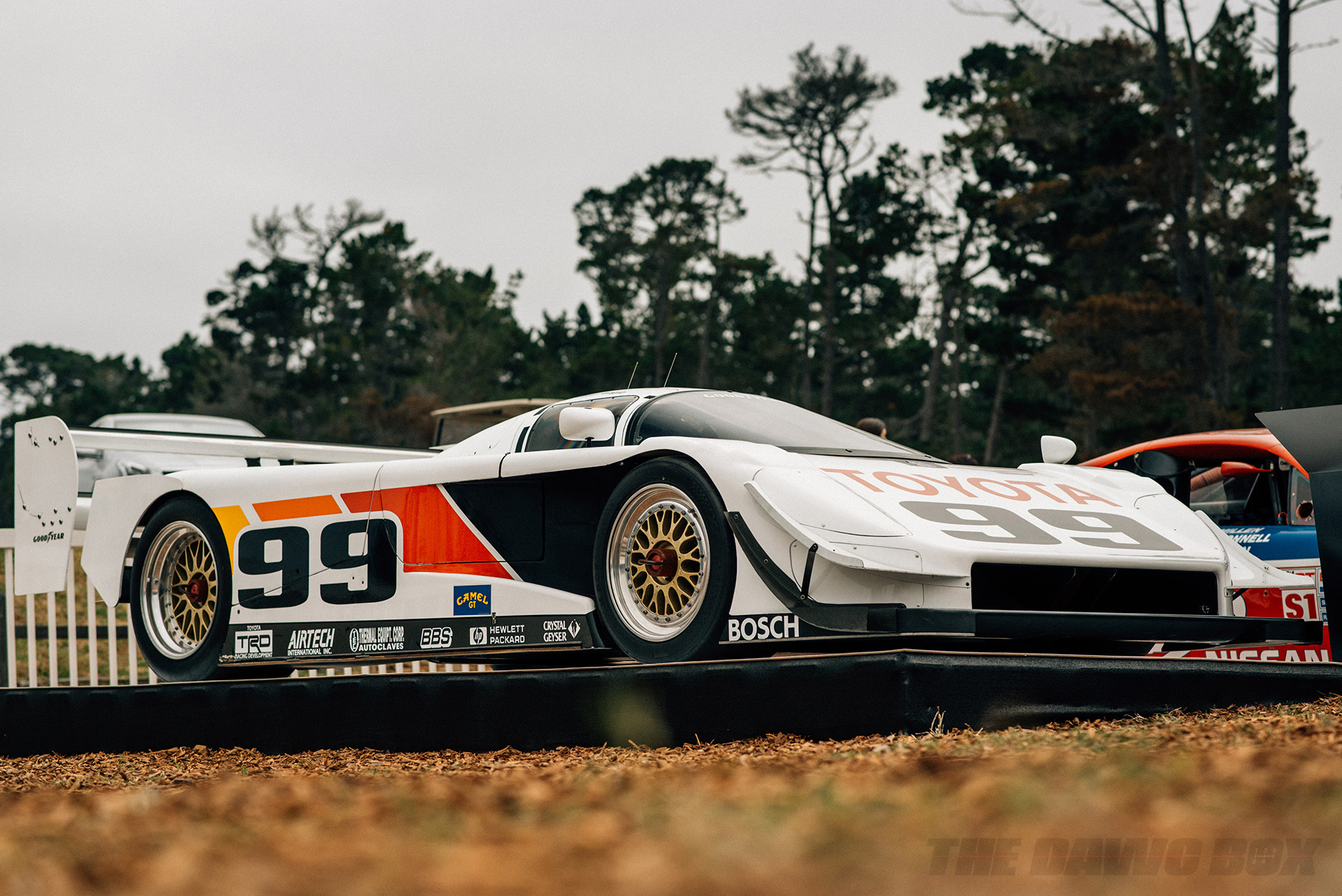 To coincide with Infiniti’s fifth year in partnering with the Pebble Beach Concours d’Elegance, an exclusive event was created just for the best Japanese restorations, race cars, and museum pieces. While it was an event done by Infiniti, that didn’t limit it to just Nissans, Datsuns, or the presenting mark. You had amazing cars from Mazda, Toyota, and even a Dome prototype.

Toyota brought out their big guns in both racing and vehicle rarity. The most stunning was the 2000GT Convertible, a car with only two made just for You Only Live Twice. Supposedly, it was made because Sean Connery was just a bit too tall for the closed cockpit or targa versions of the car. Despite the film’s popularity, Toyota never made a production version of the convertible, but it was considered for a while. There were also only 60 cars made for the US. A little-known fact about the 2000GT is that Carrol Shelby entered a pair of them in the 1968 SCCA C Production Category. 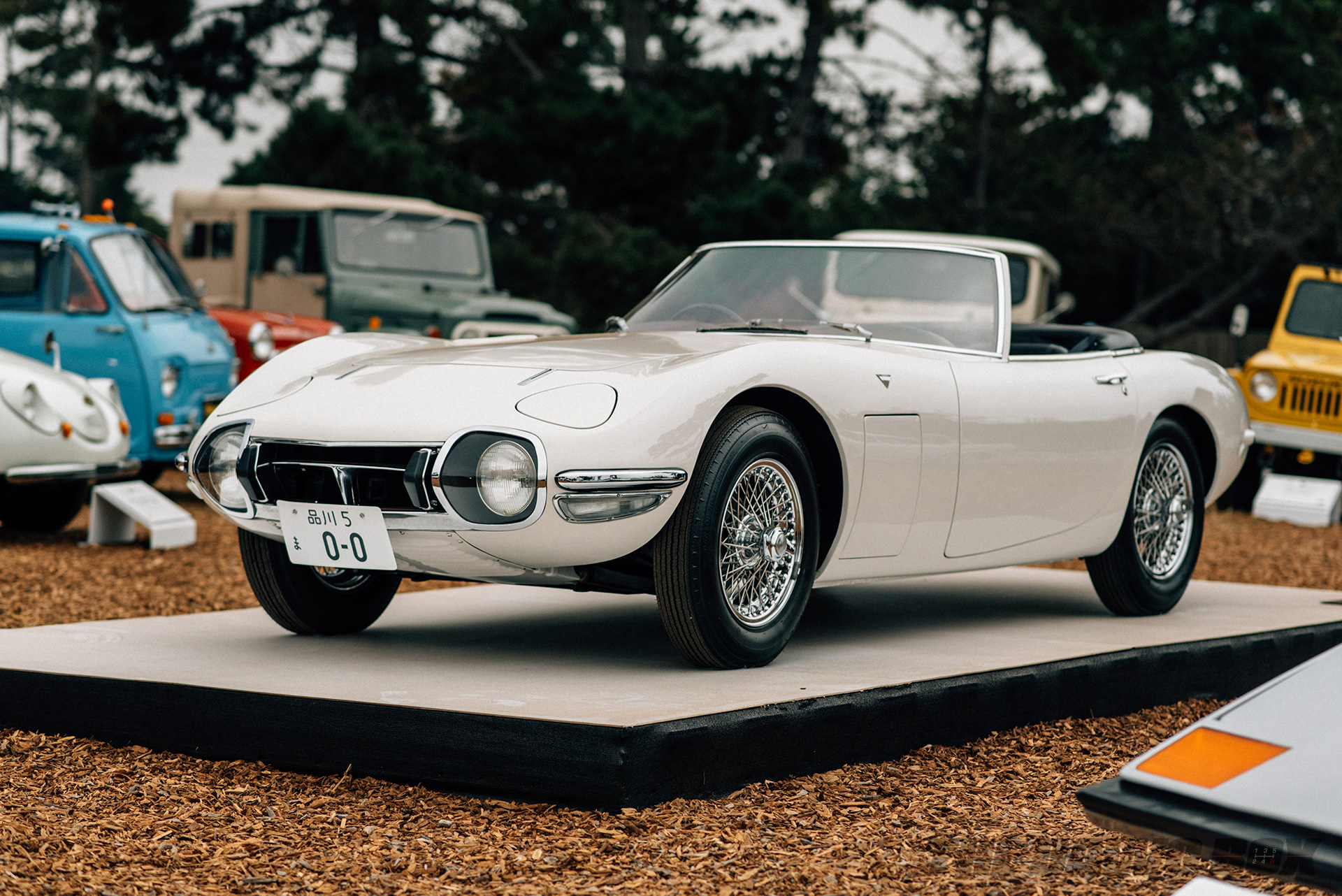 However, the predecessor of the 2000GT was the Sports 800, which could be considered the original “Hachi” from its nickname, “Yota-Hachi” or Toyota-8. The Sports 800 was only sold in Toyota Public Stores in Japan and it’s not hard to see why. With only 790cc (48.2-cubic inches), the 2U-B flat-twin engine only produced about 44-horsepower. It made up for that lack of power by only weighing 1,279-pounds. If you’re wondering, yes, the Toyota 2U is technically the father of the 4U used in the Toyota 86. We say “technically” because the 4U is based on the Subaru FA20. 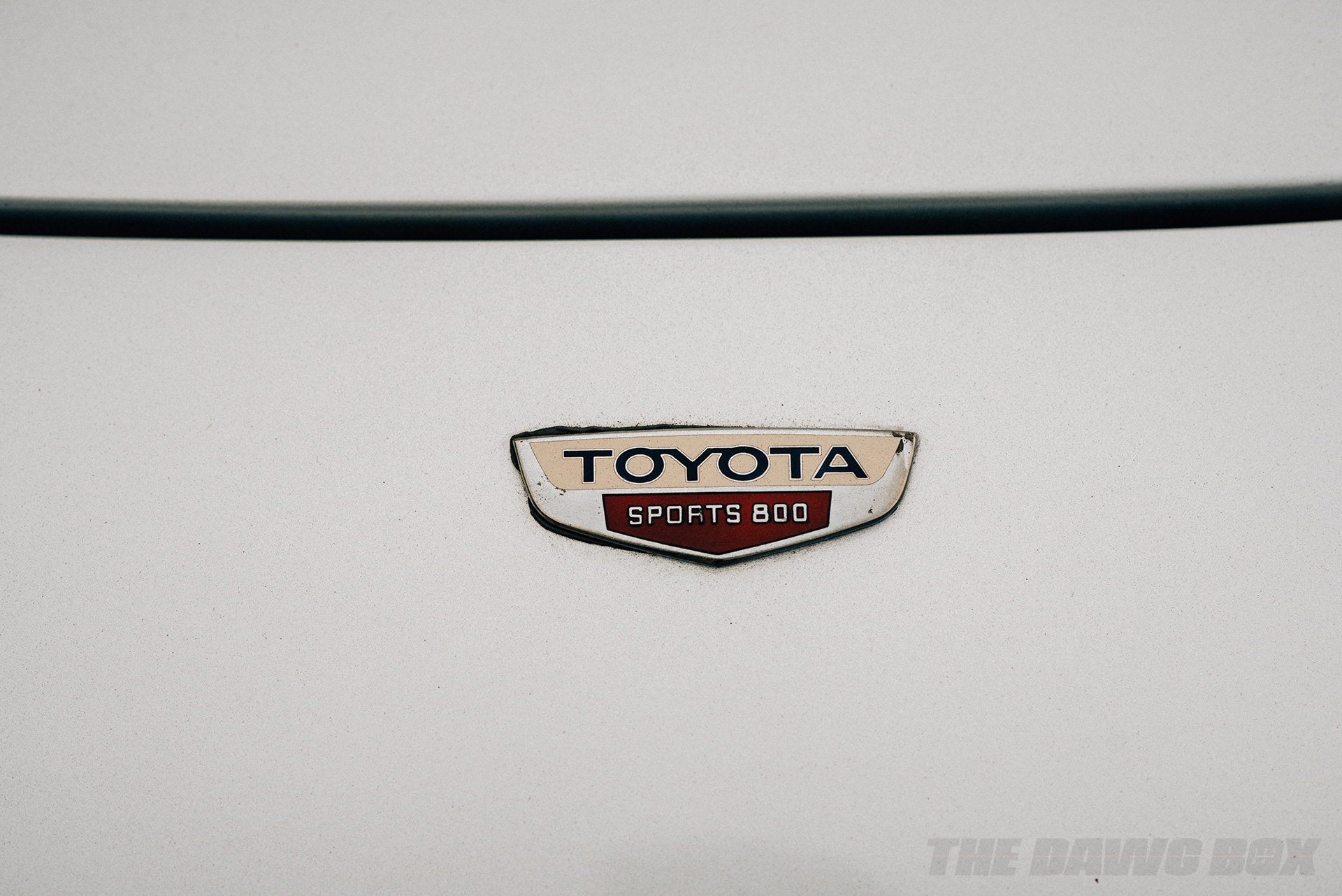 Of course, you couldn’t present the event without bringing some of your best stuff in your racing and sports car history. You had the classic racecars like the Brock Racing Enterprises (BRE) Datsun 510. It was in the #85 guise once driven by Bobby Allison in the SCCA Trans-Am series in the Under 2.5-liter class. The BRE 510s raced against the best from BMW and Alfa-Romeo but proved to be too much. After two championships in the class, BMW and Alfa dropped their factory efforts in the Under 2.5 Championship. 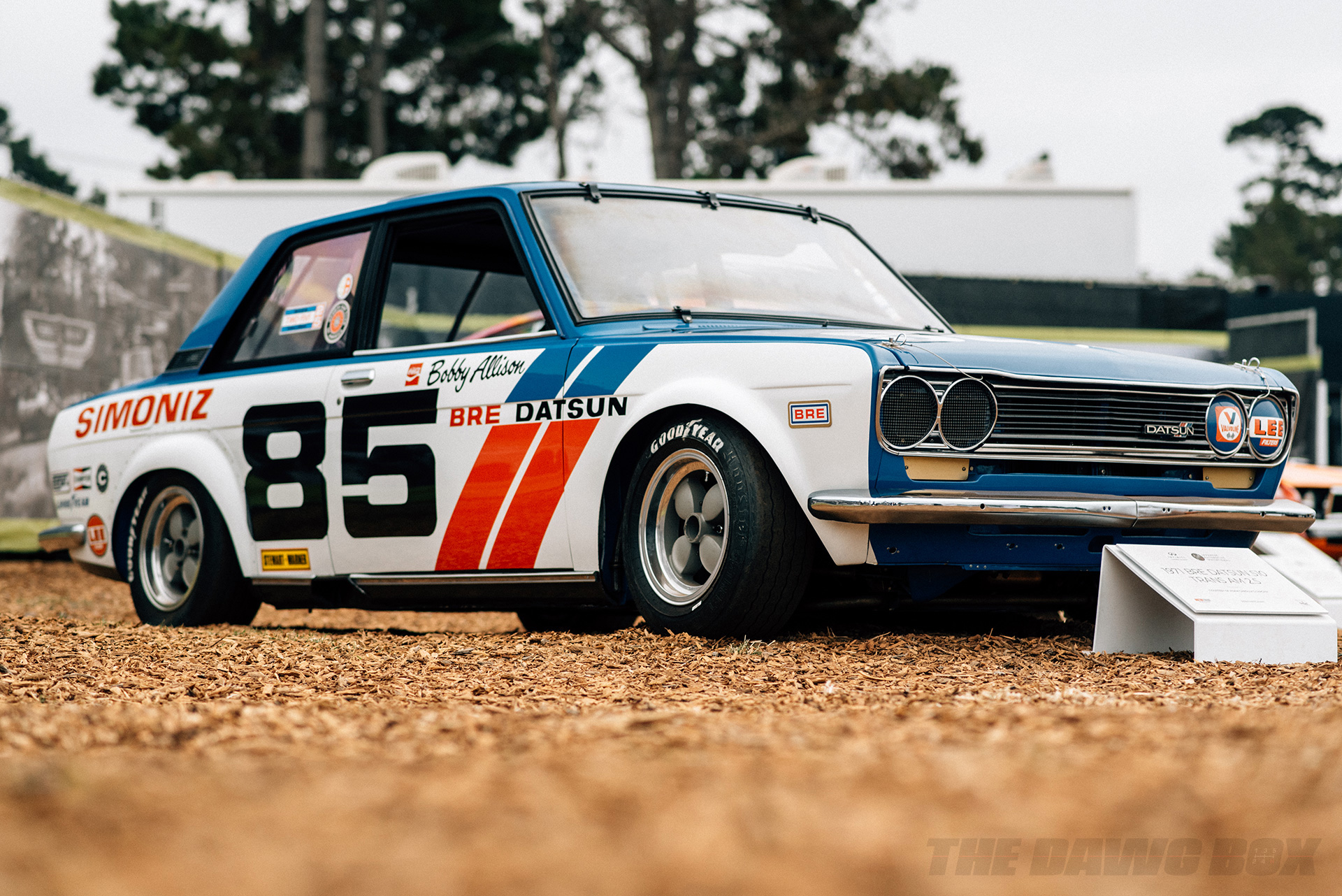 There was also the Clayton Cunningham Racing Nissan 300ZX that ran in the IMSA GTS-1 class. This was the one that won the 1994 24 Hours of Le Mans in the IMSA GTS Class, 12 Hours of Sebring, and took home the IMSA GTS Class Championship for Nissan. It ran with what would become an all-star driving team: BRE’s legendary driver John Morton, Stillen’s IMSA Champion driver Steve Millen, and future Corvette and Cadillac Racing star driver Johnny O’Connell. This car was the one that made the VG30DETT the legendary and desirable engine it has become today. It proved to be a very reliable block that could put out 800-horsepower. The next year, 1995, IMSA declared that the VG wasn’t eligible in the GTS Class by way of an allowable horsepower mandate. So, the twin-turbo V6 was out and was replaced with a Nissan V8 based on the VH45DE that debuted in 1990. 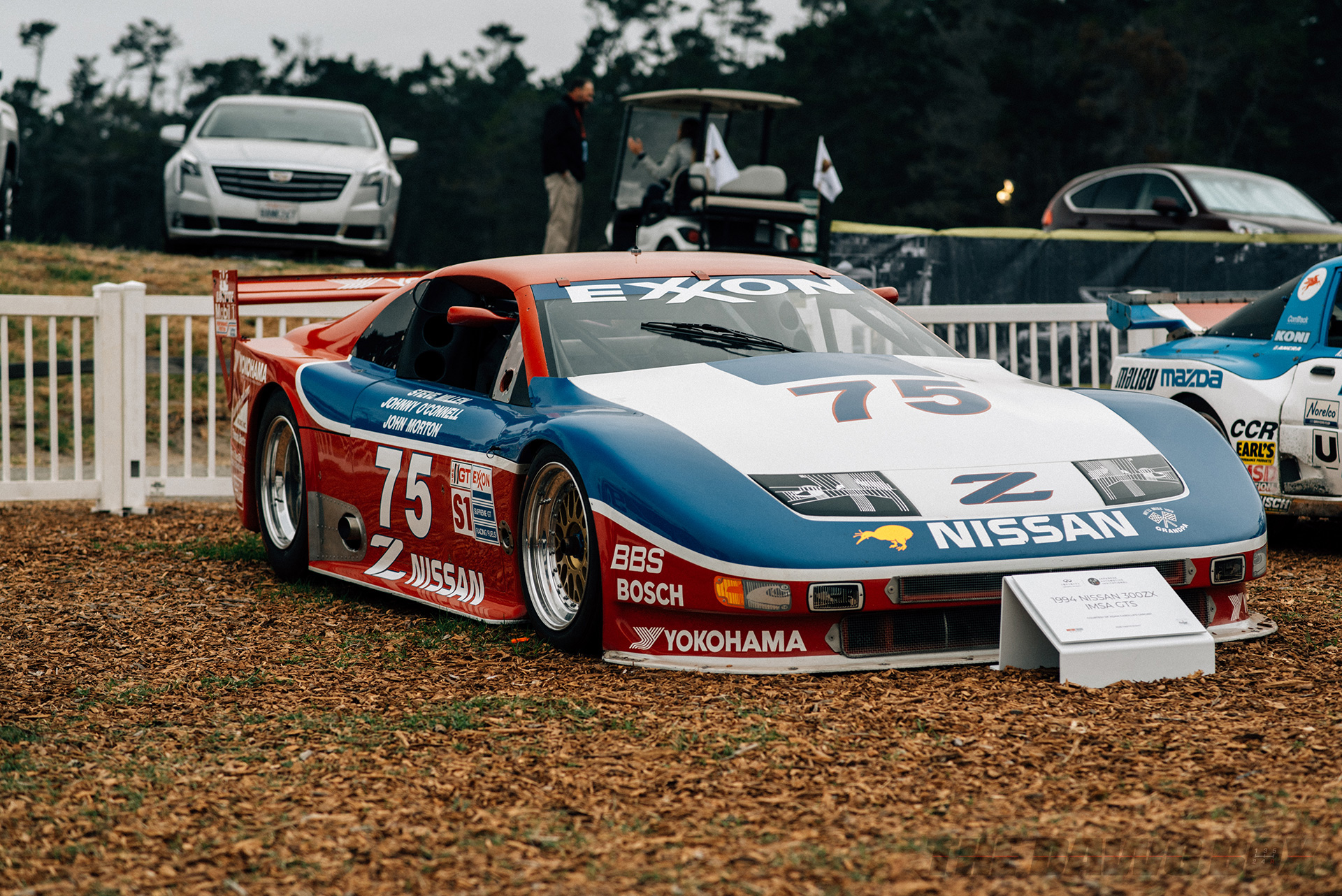 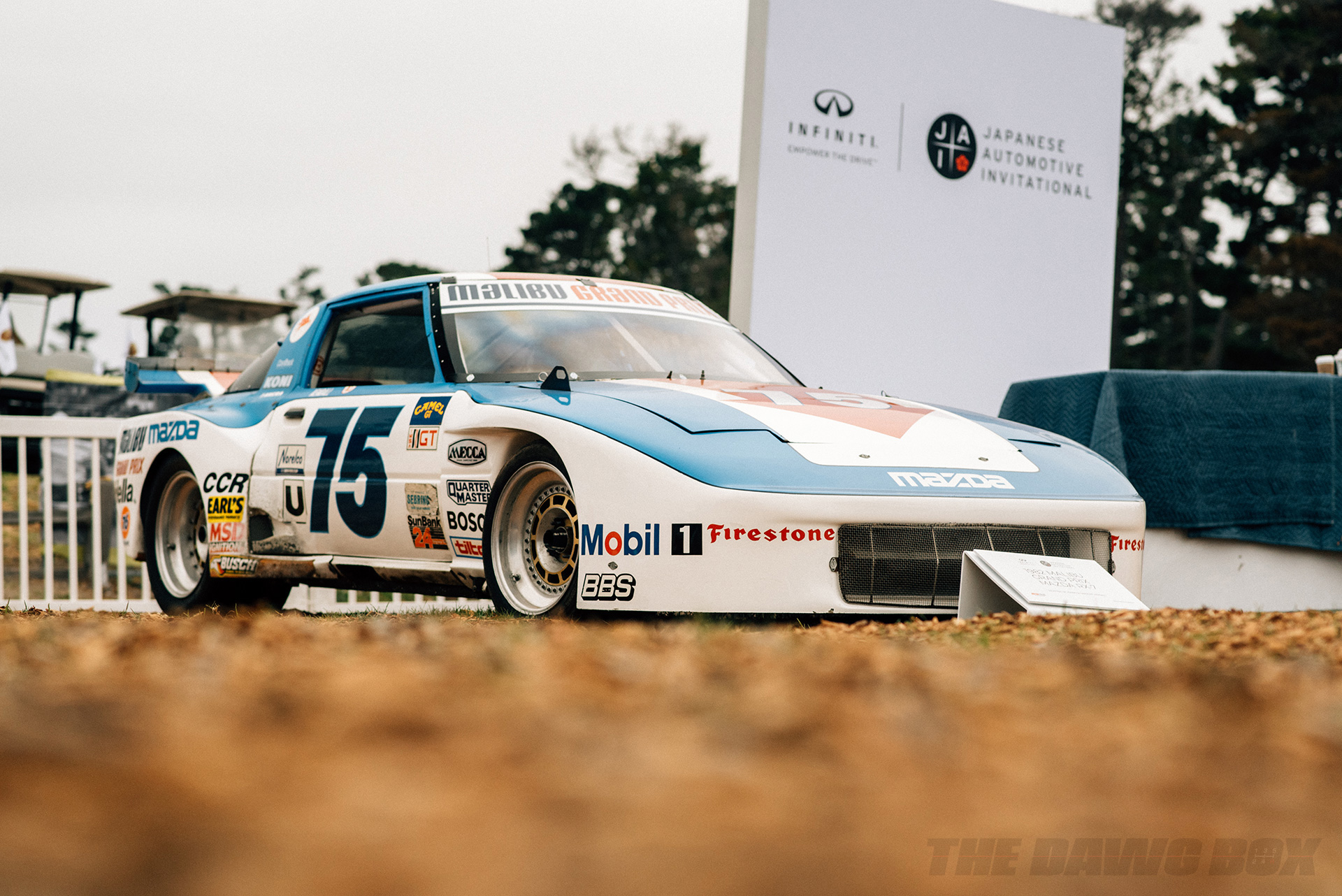 For a long time, people wondered when we would see a Japanese-only event during the Pebble Beach Concours d’Elegance. We finally got it and it was a classic event worthy of Pebble Beach Automotive Week. While it was presented by Infiniti, we still got great cars from the Land of the Rising Sun. You couldn’t have asked for a better way to represent the best of the best of JDM.