Hip to be Square: 1974 Chevy Cheyenne 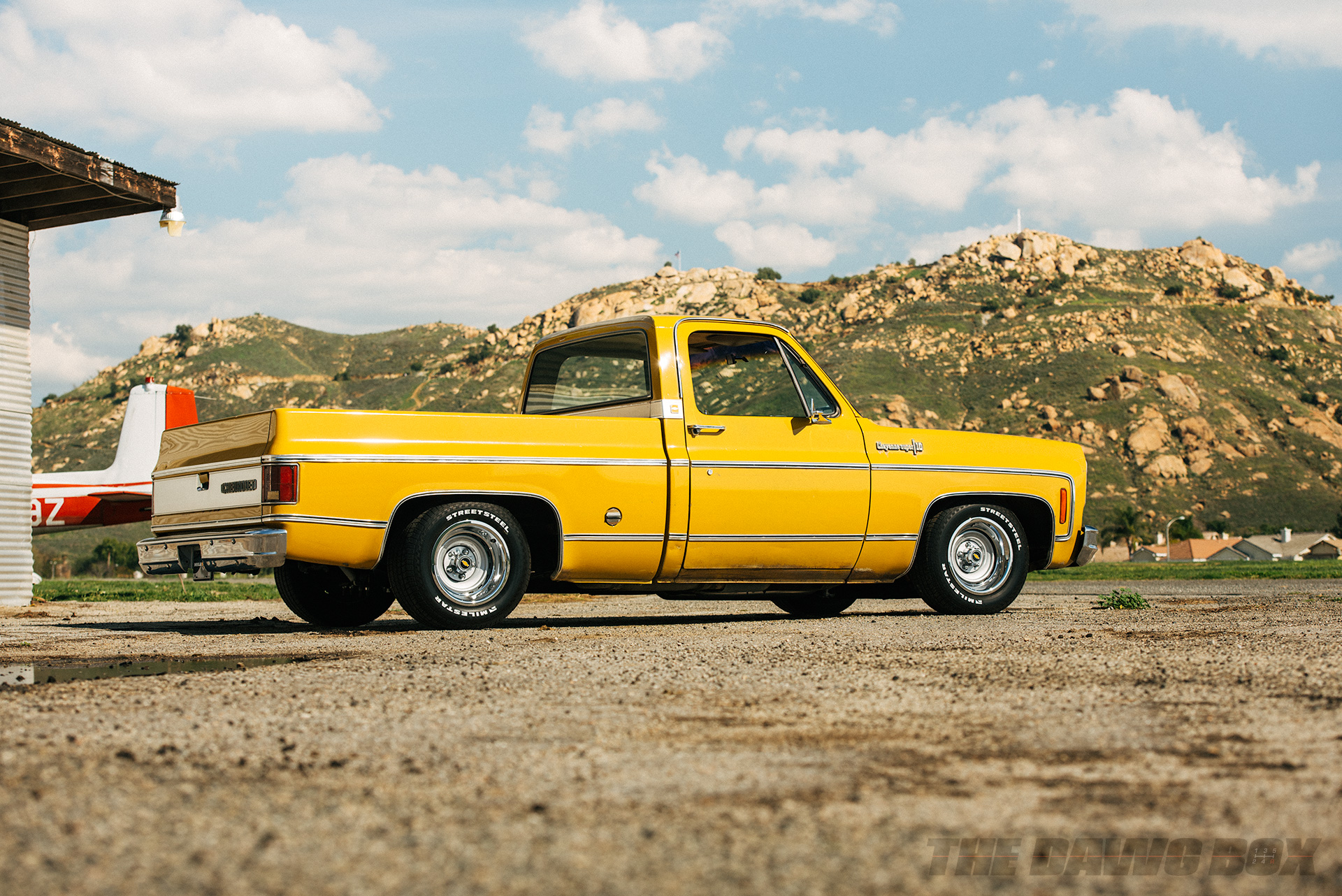 Just like the muscle car is something that could only be invented in the USA, the pickup truck as a personal vehicle (and not just a farm implement or tradesman’s workhorse) is a uniquely American thing. Combine a two-door cab with a short bed and you have a vehicle with the intimate passenger compartment of a sports car and the practicality to haul a half-dozen beer kegs or a weekend’s worth of gear for the deer camp, should the need arise. It didn’t take much rationalization to talk yourself into one instead of a station wagon or four-door sedan, in the same way people convince themselves that a “crossover” SUV is a better answer to their needs than a minivan today. The single-cab short bed pickup perfectly occupied that space on the Venn diagram where coolness and practicality overlapped. 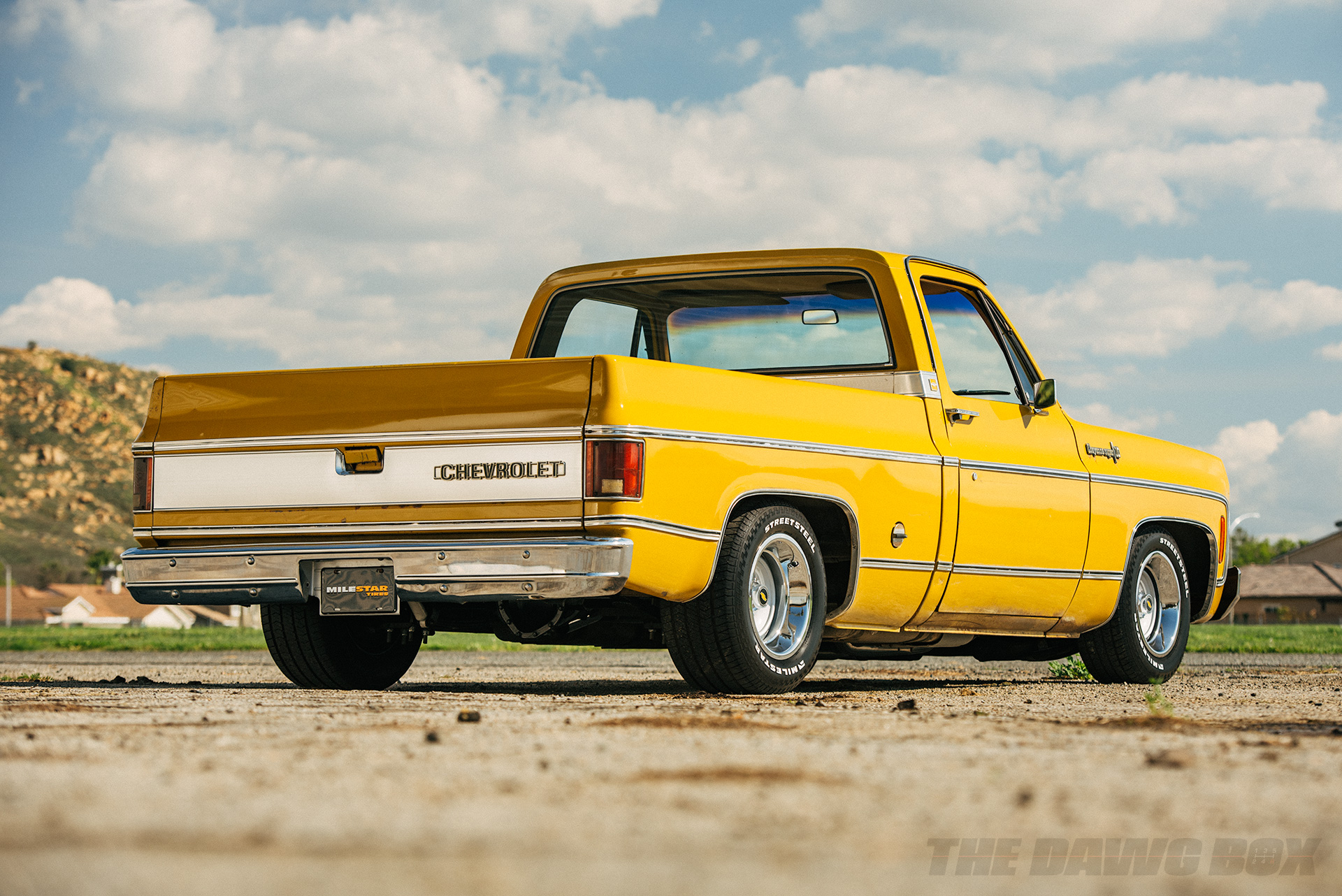 Between the 1973 and 1987 model year, General Motors built an absolute metric buttload of C/K series third-gen full-size pickups to this formula, and they proved to be popular, reliable, and to most people, disposable. Anyone who thought at the time they’d be sought-after rides thirty-five years down the line would be considered insane, but they’d also be right. Today, these “square body” pickups have a huge following, and you can’t do an online search for them without coming across a plethora of lovingly restored examples and scores of immaculate pro-touring builds.

The truck you see here is neither. 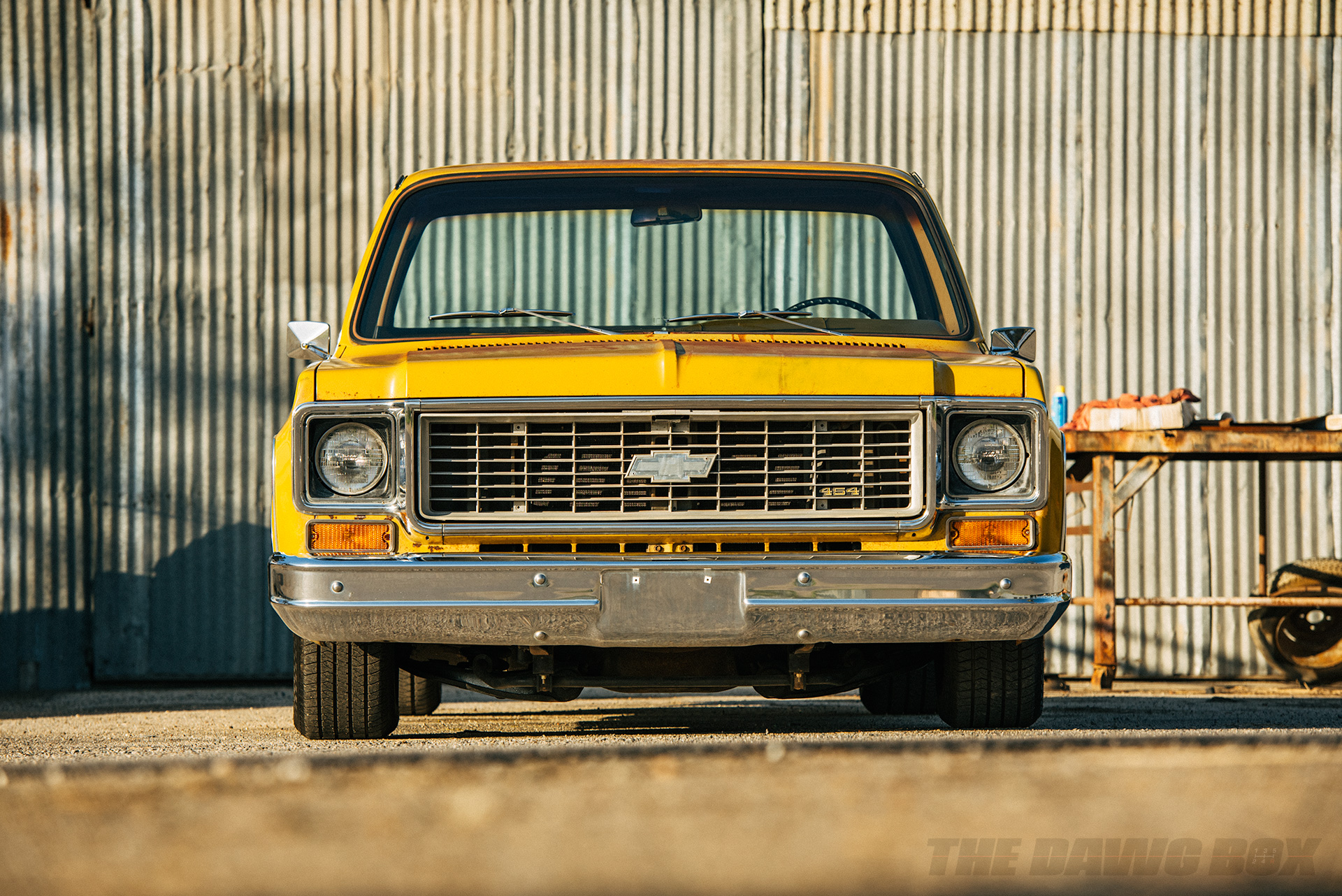 …perfectly occupied that space on the Venn diagram where coolness and practicality overlapped.

In Corvette-speak, it would be called a “survivor,” but a better term for Raymond Ernandez’ 1974 Chevy Cheyenne Super Custom Fleetside would be “honest.” Per Raymond, “I’ve always been a fan of the square-bodies, and when I spotted it, I knew it was a diamond in the rough.” Bought just over a year ago in (mostly) factory-original condition, this Spanish Yellow truck shows the years and the miles but has the kind of authenticity and honesty many enthusiasts try to restore away. Under the hood is the original 454 big block, topped by an anonymous chrome open element air filter perched on the 4-barrel and strapped with tubular headers of unknown origin, just like every Chevy V8 pickup wore back in the day. 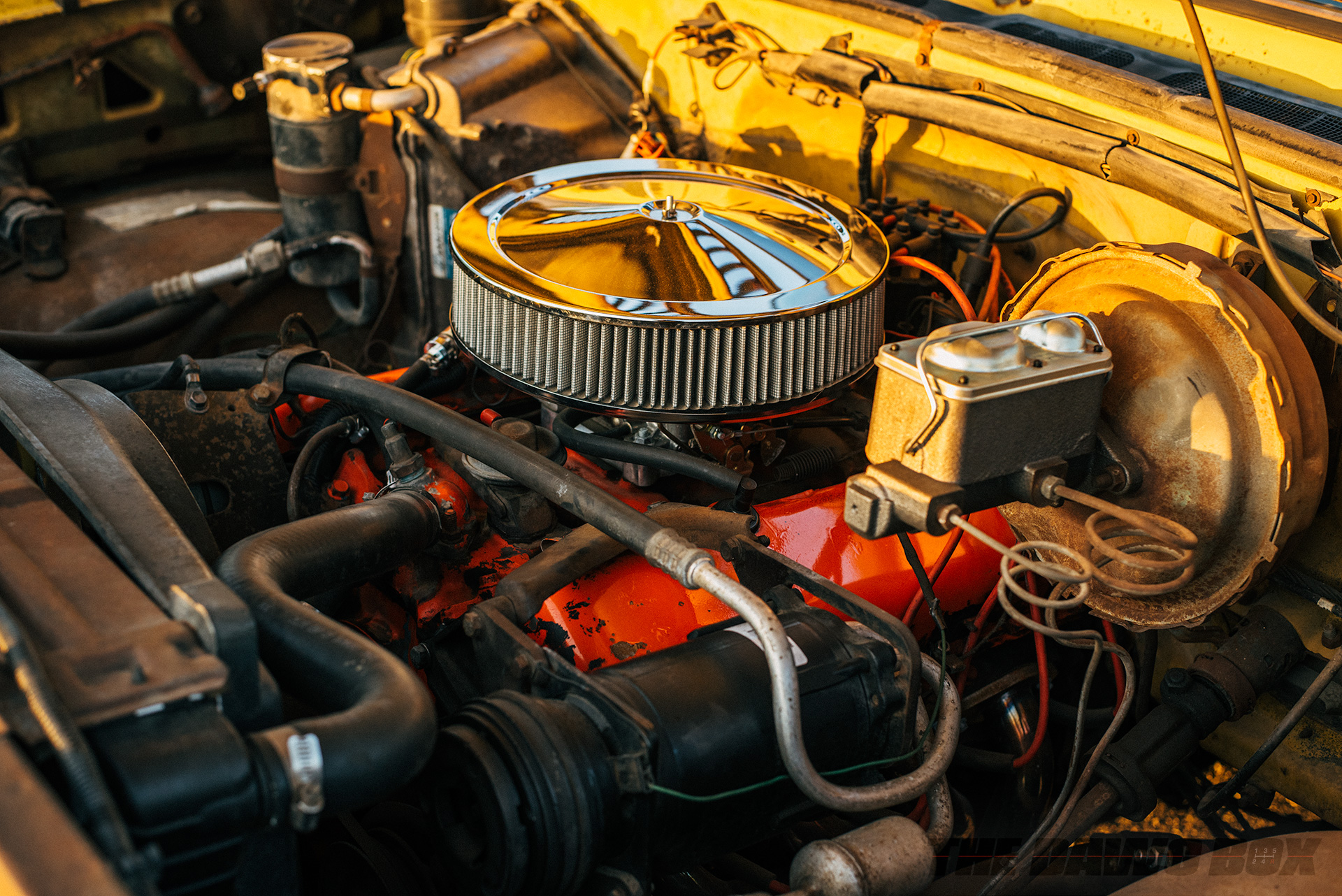 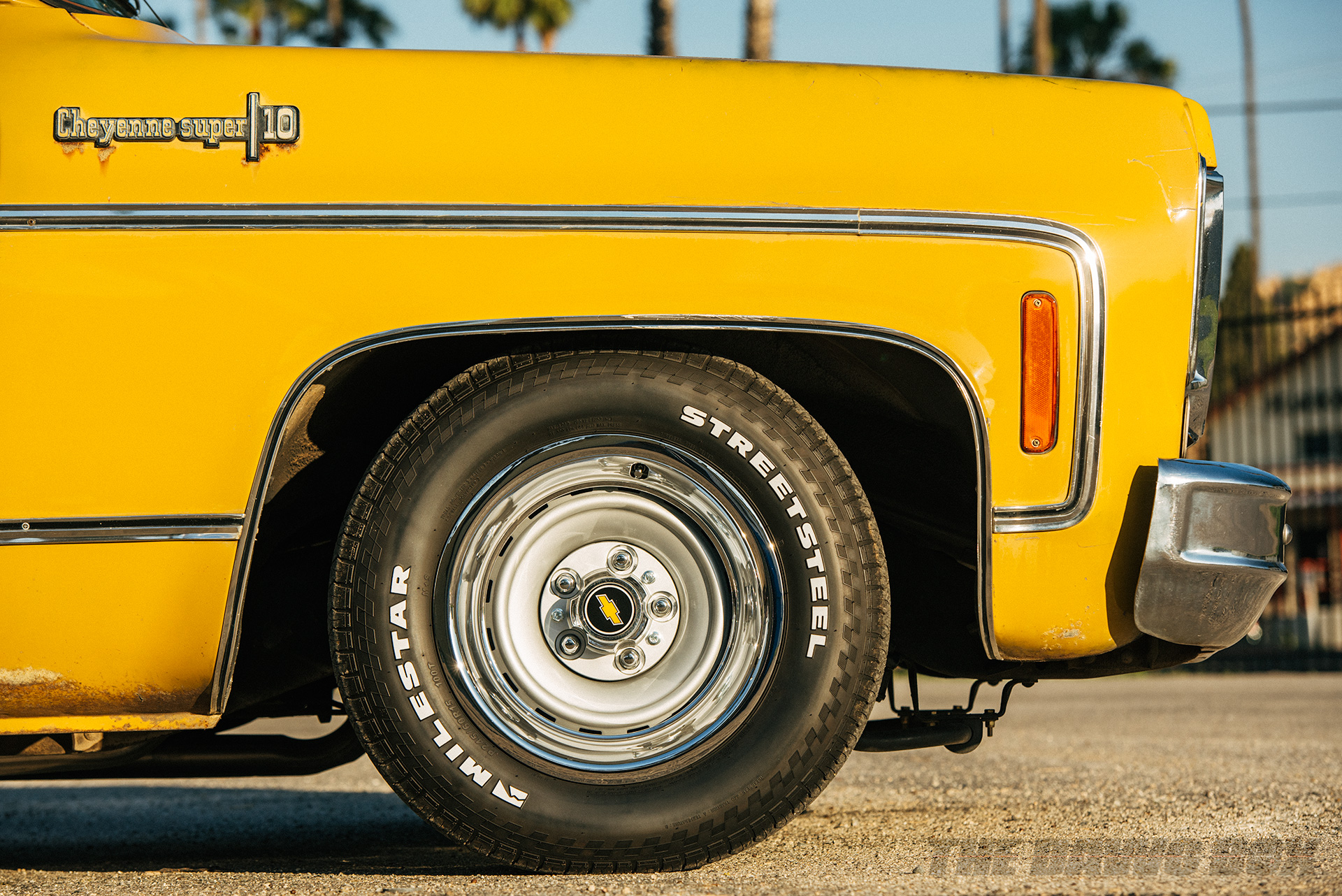 “It’s currently a work in progress,” he admits, with only a few changes made since he obtained the truck. Three-inch drop spindles in front and a flip kit in back give the Cheyenne a modern stance, but the real key to the retro-cool look is the combination of 15-inch Rally wheels (8 inches wide up front, 10 in back) with Milestar Streetsteel tires in 245/60 and 295/50 profile front and rear. Tire technology has come a long way since the square-body trucks last left the assembly line, and these tires incorporate modern engineering with classic styling, including a contemporary all-season tread design and a timeless raised white letter sidewall. It’s the perfect combination of the right look for this truck with the performance that nothing from that era could touch.

…they proved to be popular, reliable, and to most people, disposable. 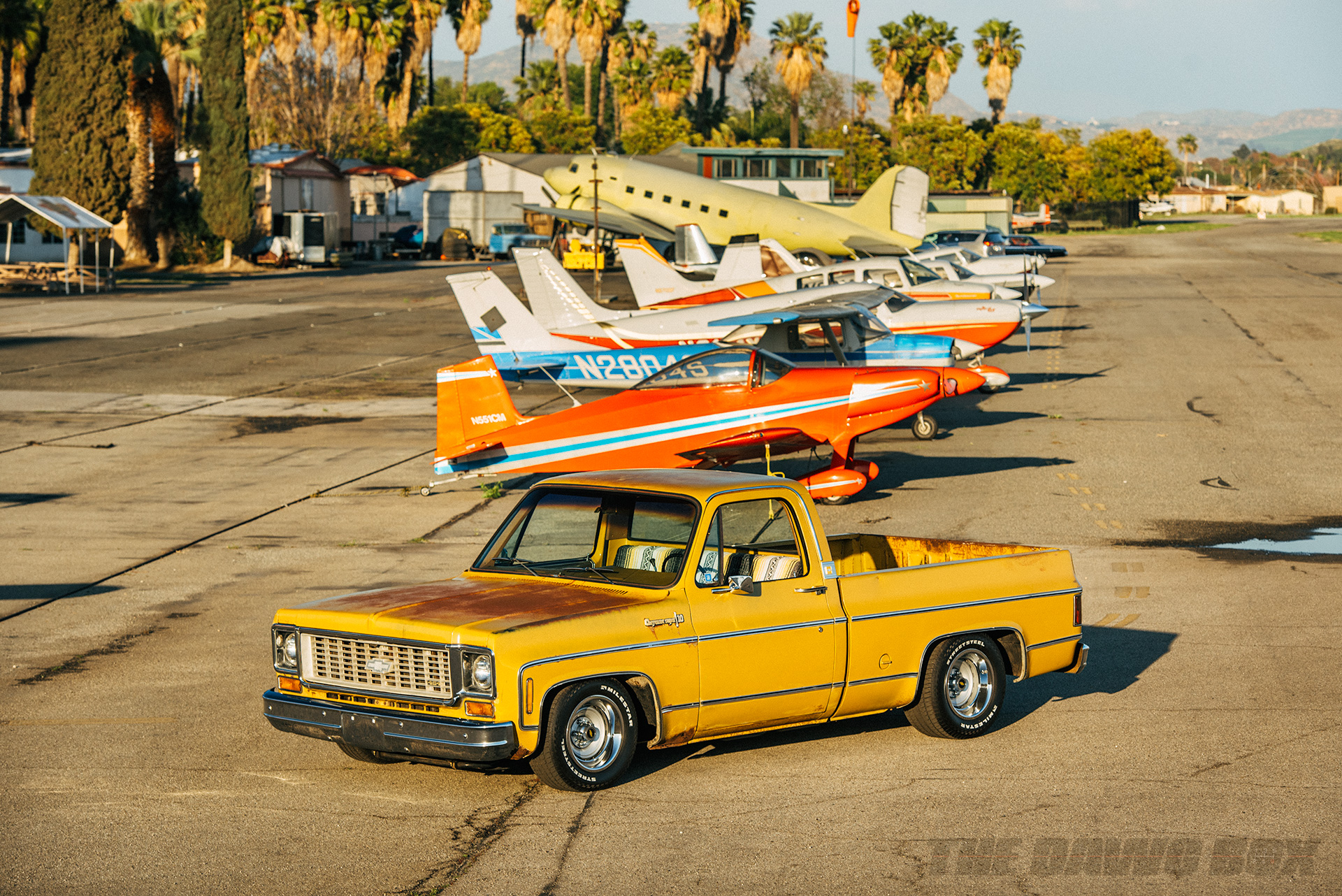 Raymond has a few different cars and trucks in his garage, but the Cheyenne gets the nod for both practical pickup duty and weekend outings. “I mainly take it to local truck shows and cruises where I can take my little boys along,” he explains. “They’re growing up to enjoy the truck and classic car scene.” While the C10 might have been unappreciated as more than just a working truck in its day, it’s great to see people like Raymond Ernandez passing the love of these once-overlooked mainstays of American automotive culture down to the next generation.