Pebble Beach, on the Green

My first ever trip to the Pebble Beach Historic Concours d’Elegance was a stressful roller coaster ride. We had a car “on the green.” We had all the right tickets. We had a friend with a place on the beach. What more could a car guy ask for? 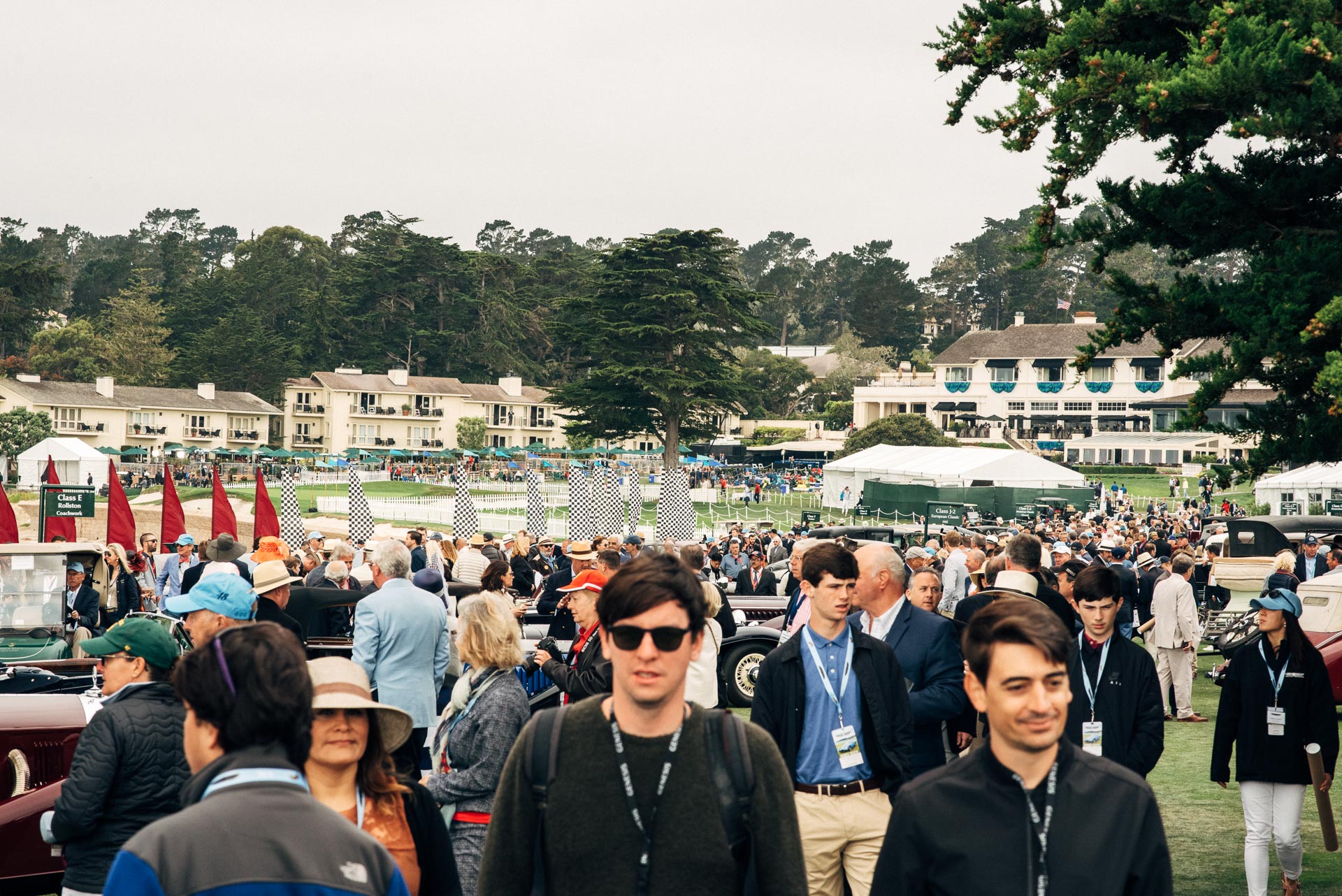 Unfortunately, my boss called to say that the truck driver delivering our car had hydraulicked the motor trying to start it and that I needed to go fix it. Wait. Wait. I’m just the oily rag. I don’t know how to fix things. 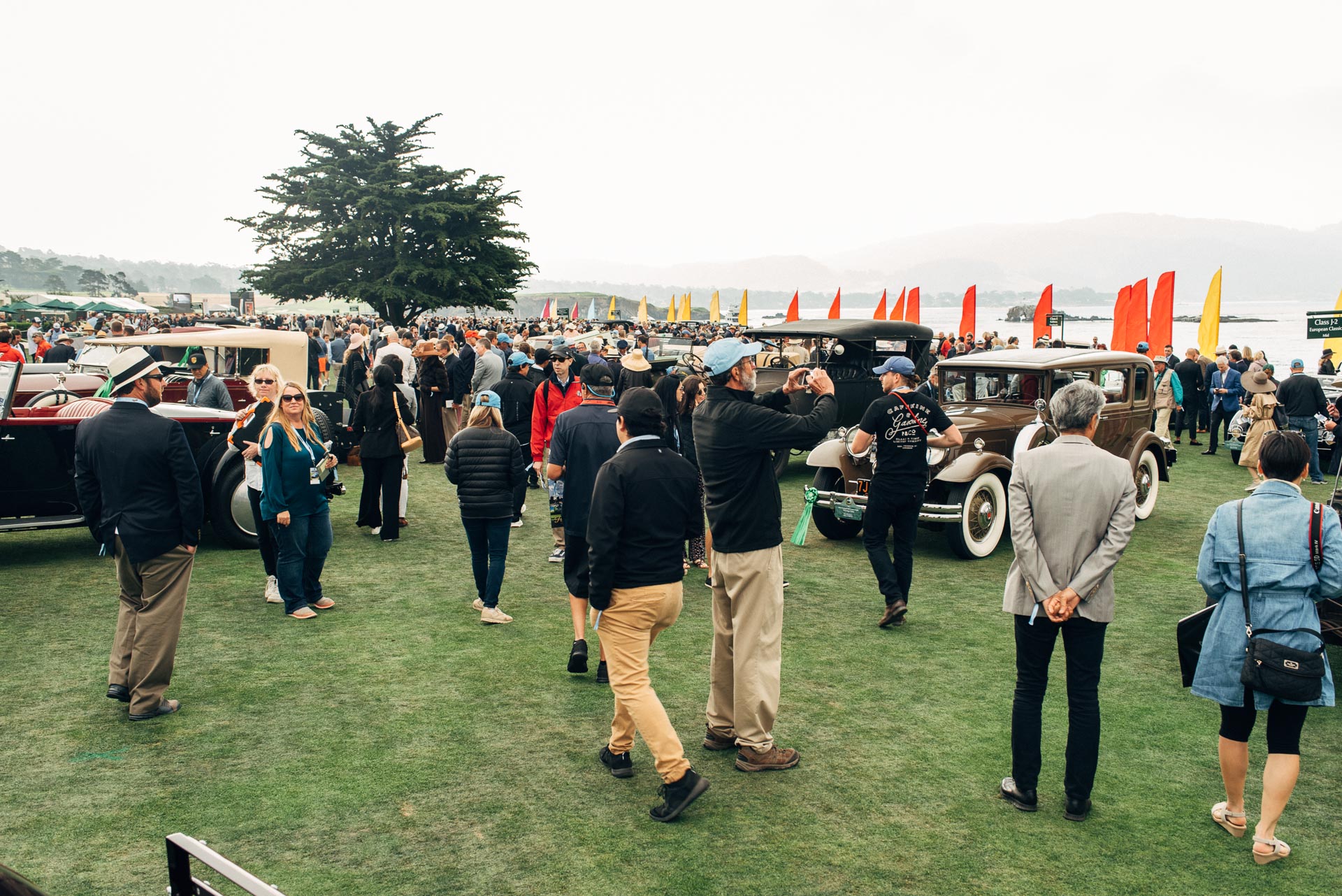 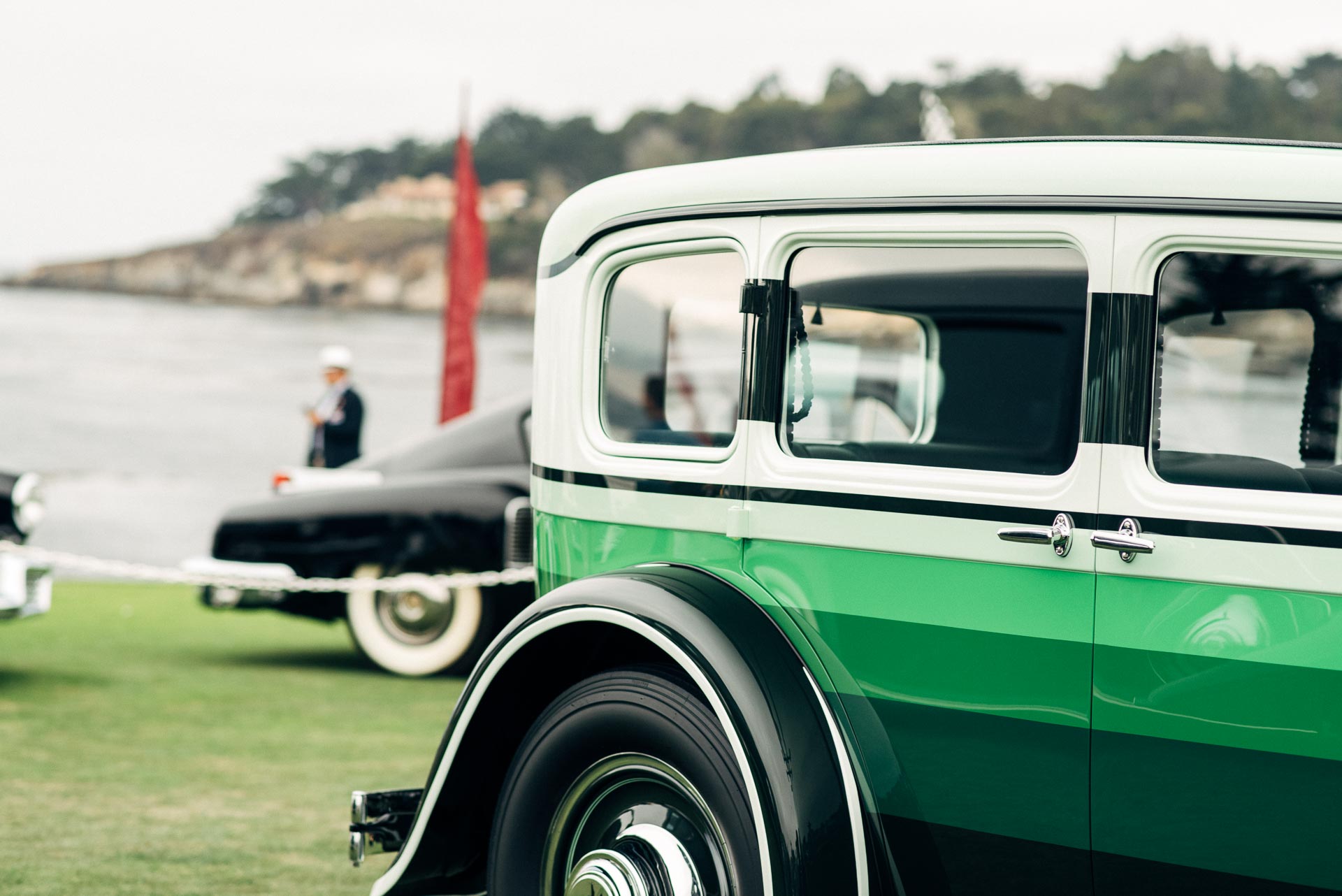 Needless to say, with the help of the friend with the beach house we pulled the plugs, turned the engine with a big long screwdriver, and found out that it was just full of fuel and not seized. We went on to come second in our class but it was a stressful weekend. 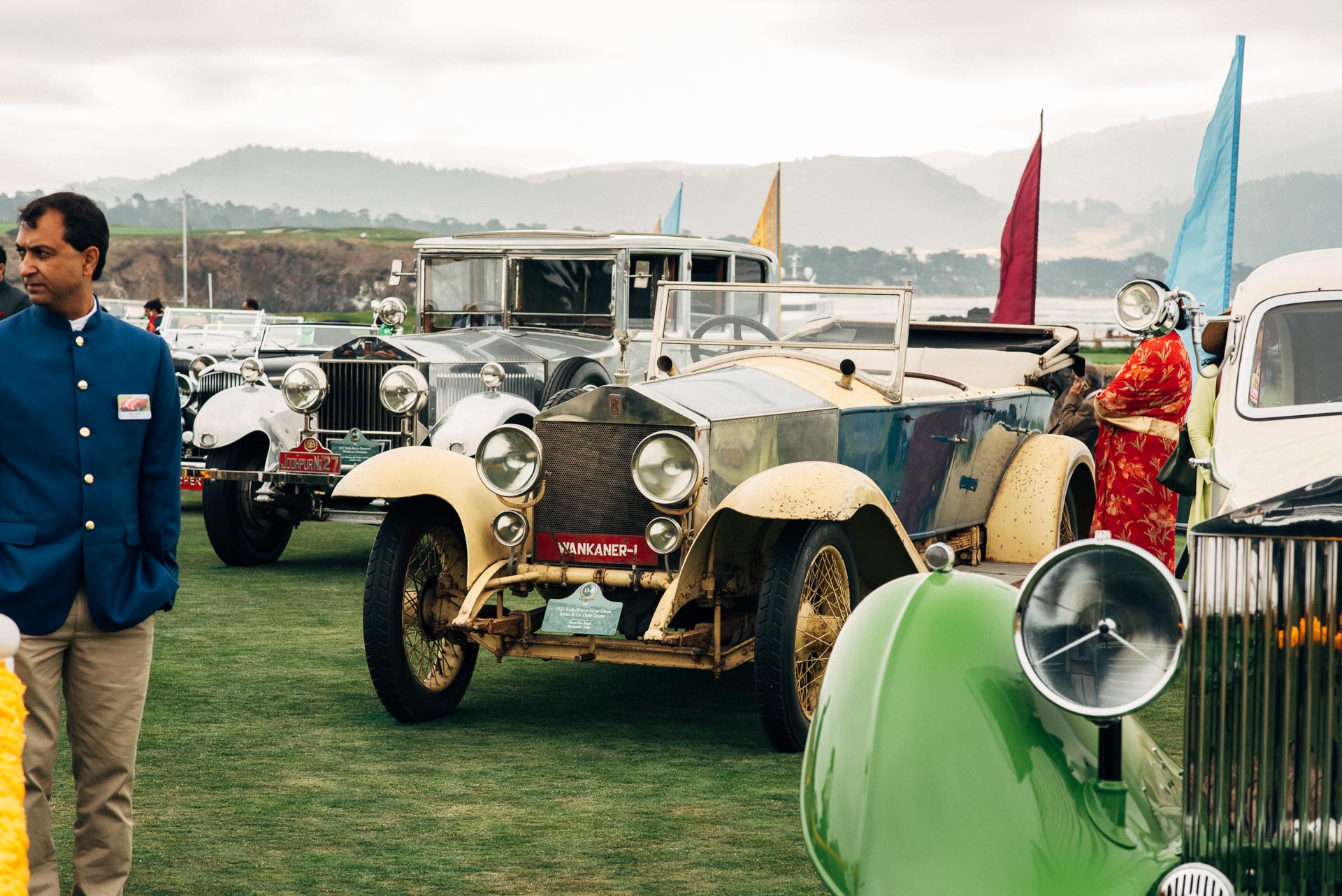 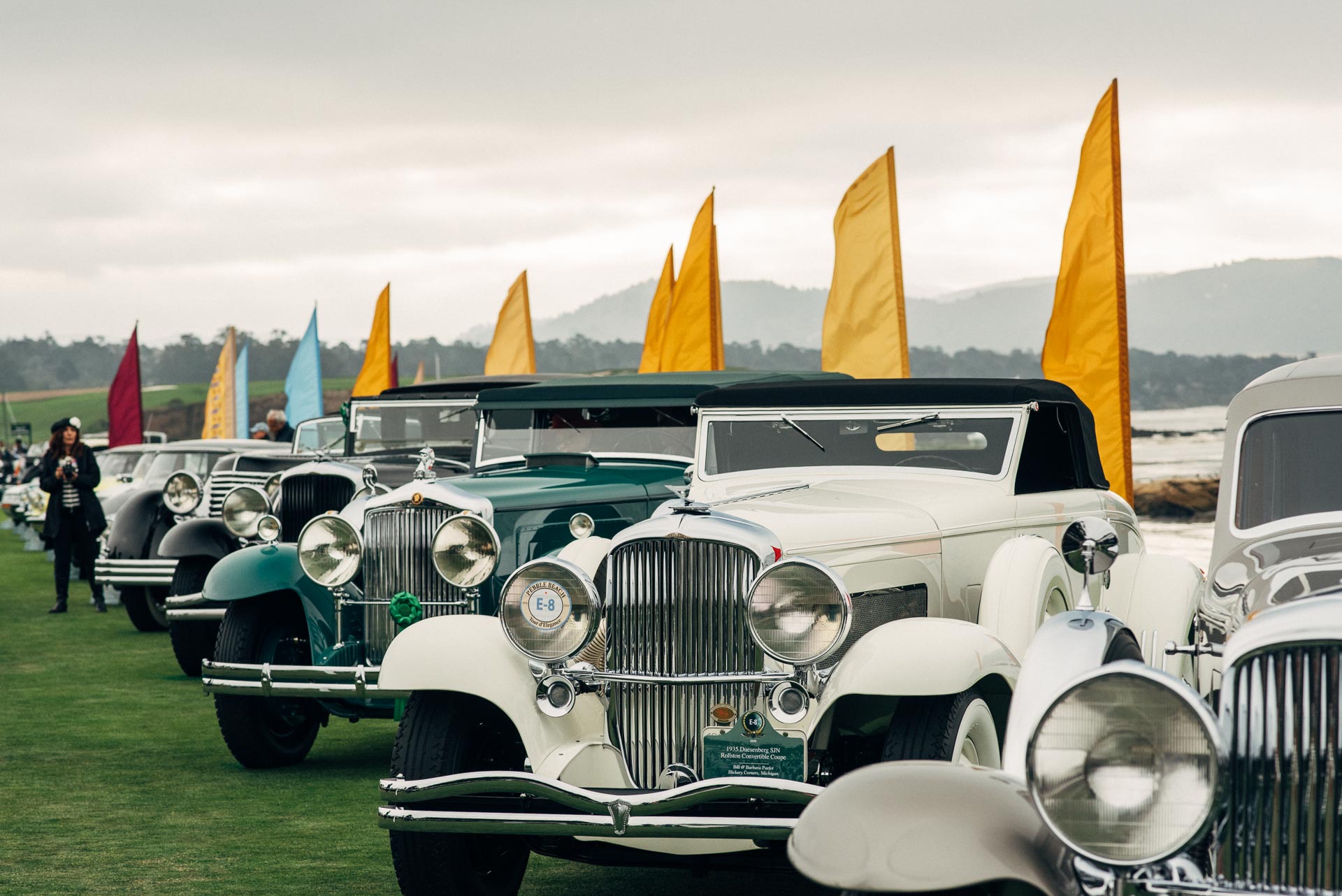 The first Pebble Beach was held in 1950 in conjunction with the Pebble Beach Road Race. Phil Hill won the race driving a Jaguar XK120 and Best of Show went to a 1950 Edwards R-26 Special Sport Roadster owned by its creator Sterling Edwards. 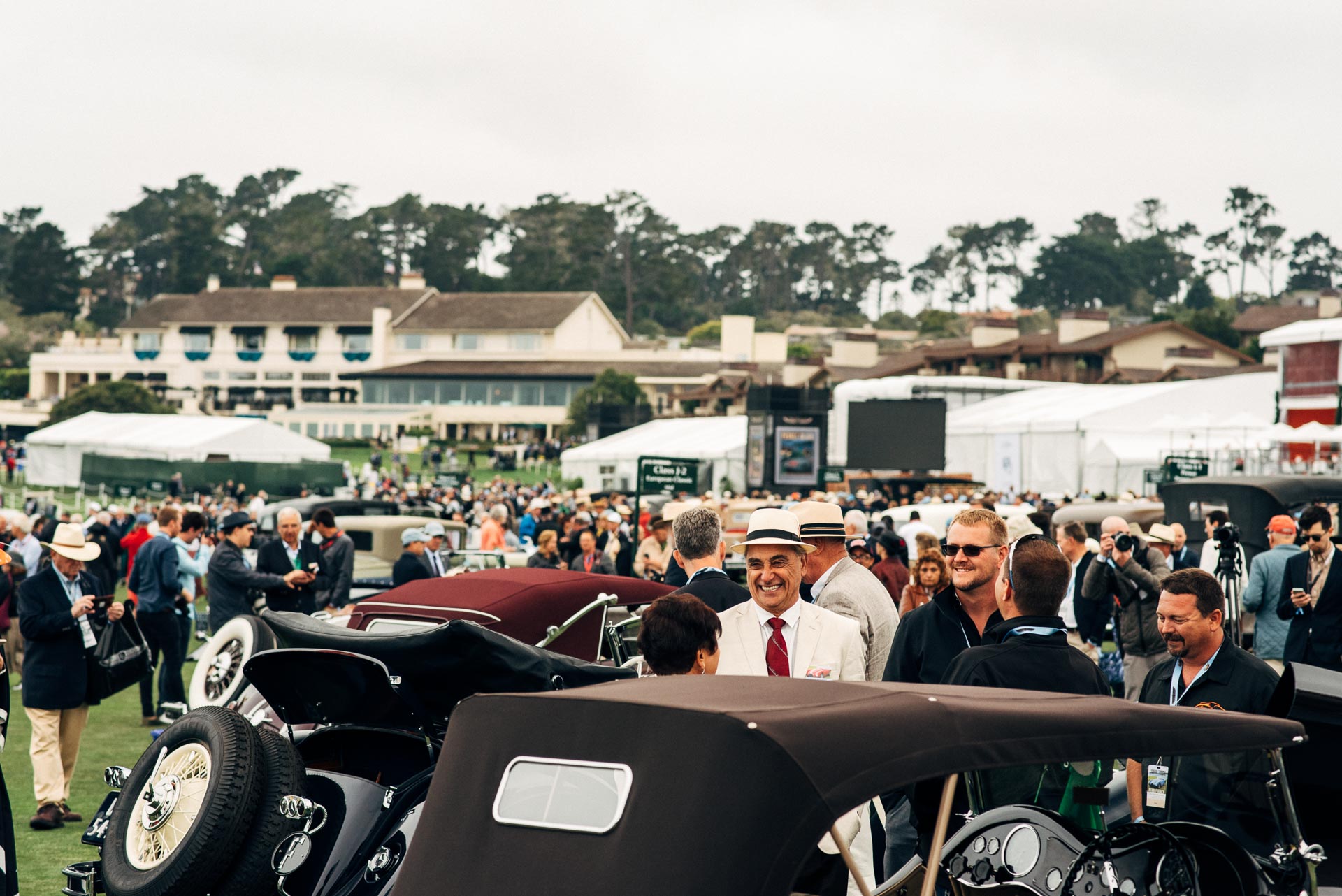 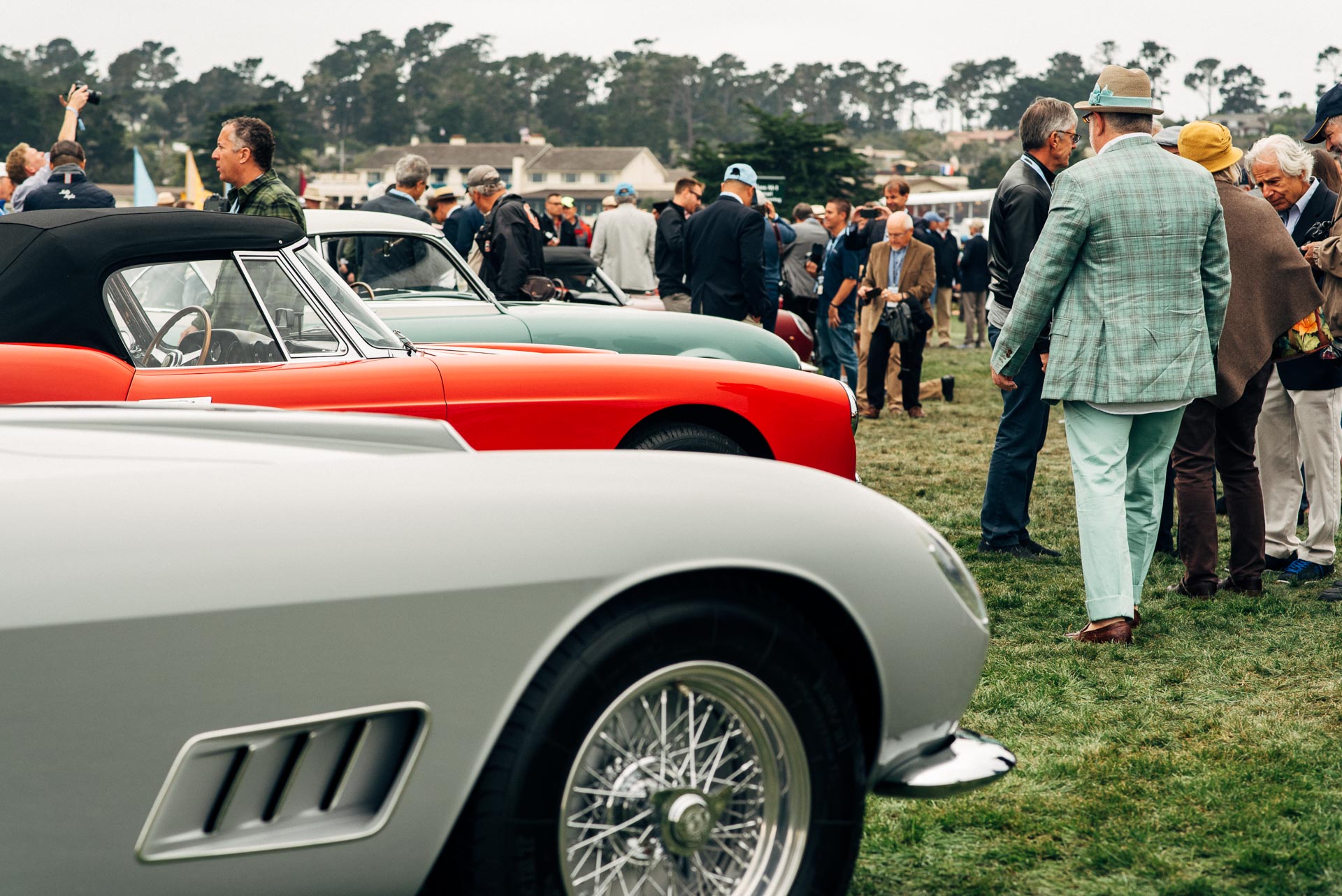 The show was such a success it was repeated the following year and has grown over the ensuing 68 years to become the most prestigious event on the world Concours calendar. 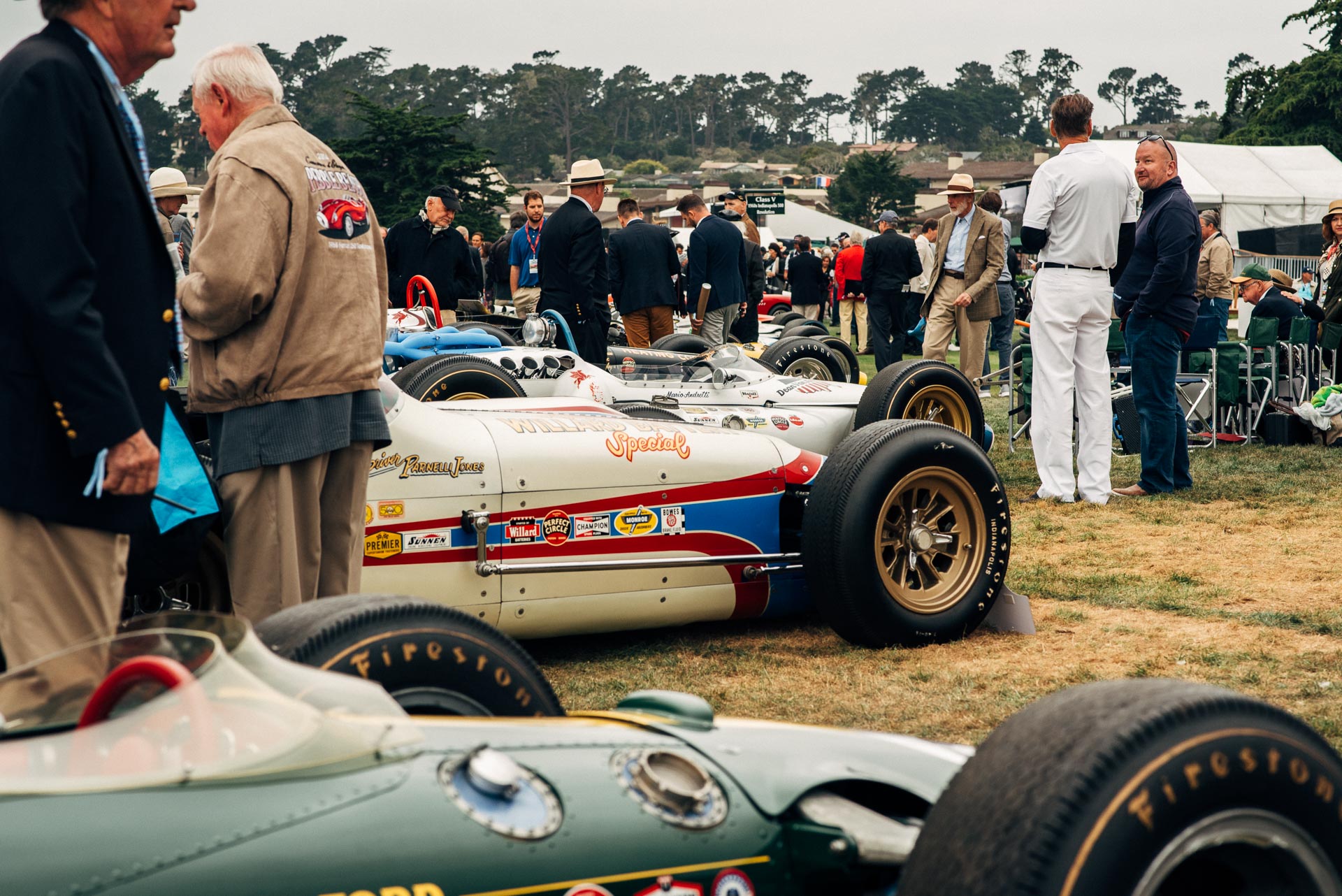 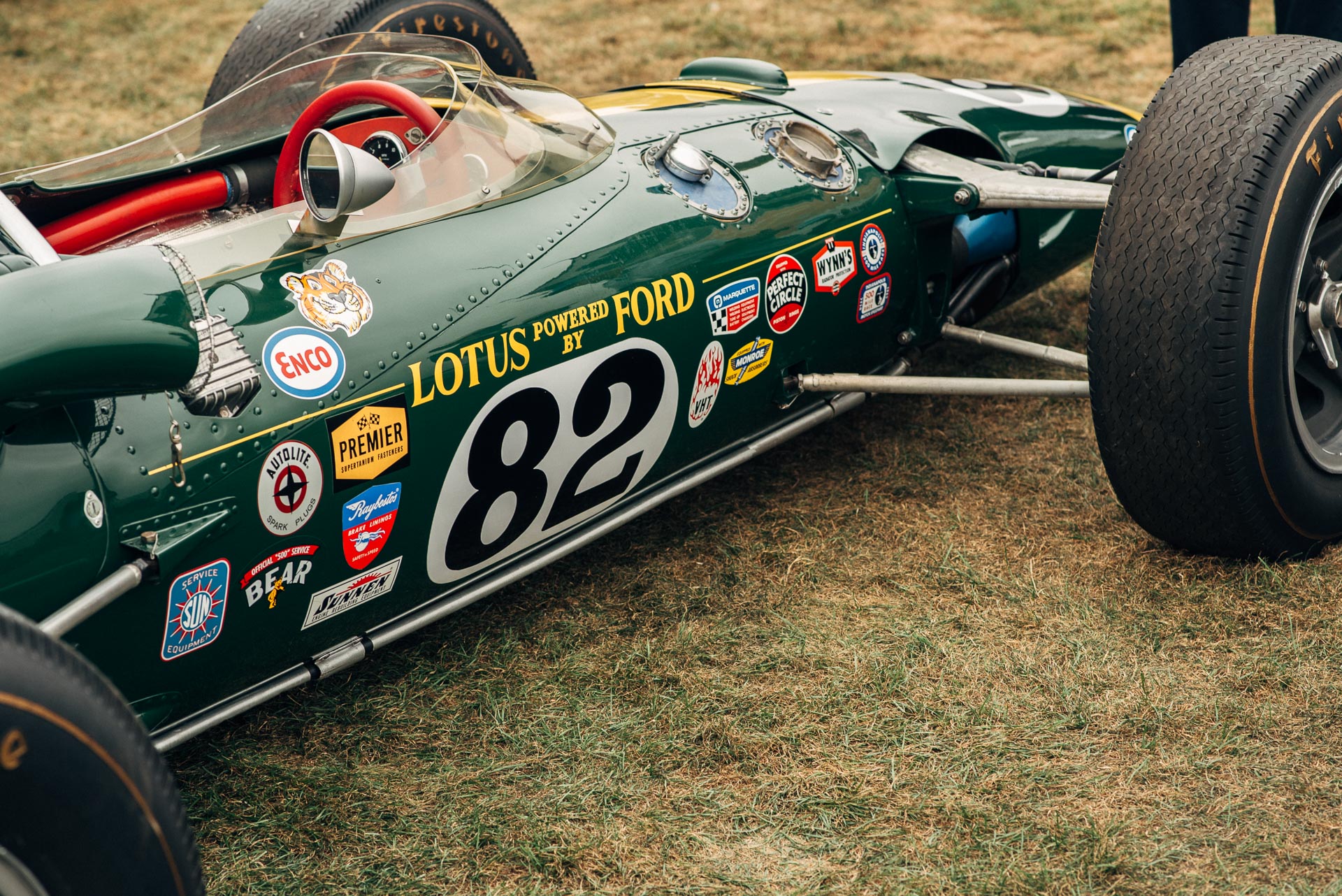 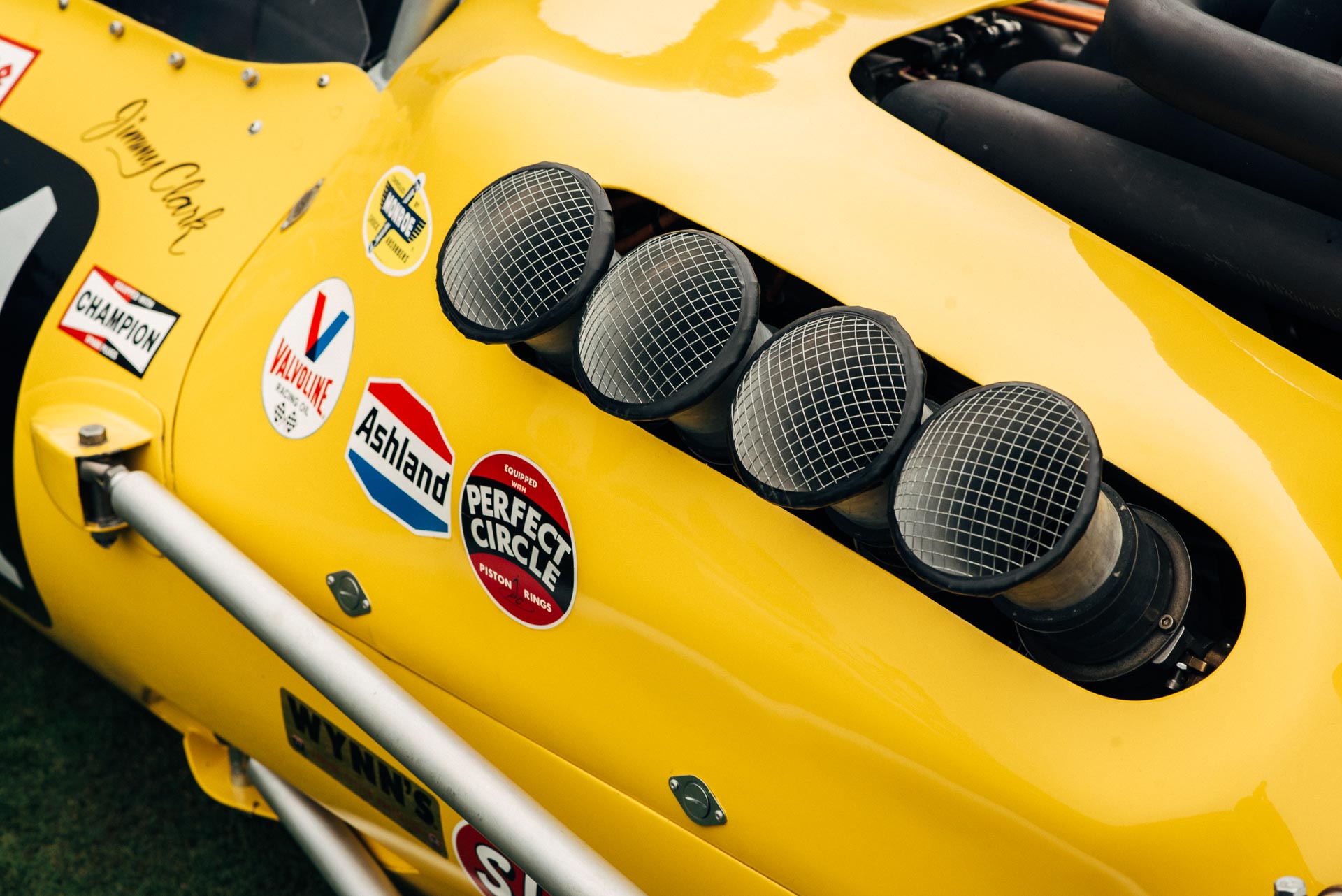 Because of its stature, because of its location, and because the beautiful weather of Pebble Beach has attracted the cognoscenti like moths, Pebble Beach is now a week-long event called the Monterey Car Week. Although there are other events, the week really kicks off with Gordon McCall’s “Hanger Party” at the Monterey Jet Center. It’s the VIP cocktail party to end all cocktail parties. 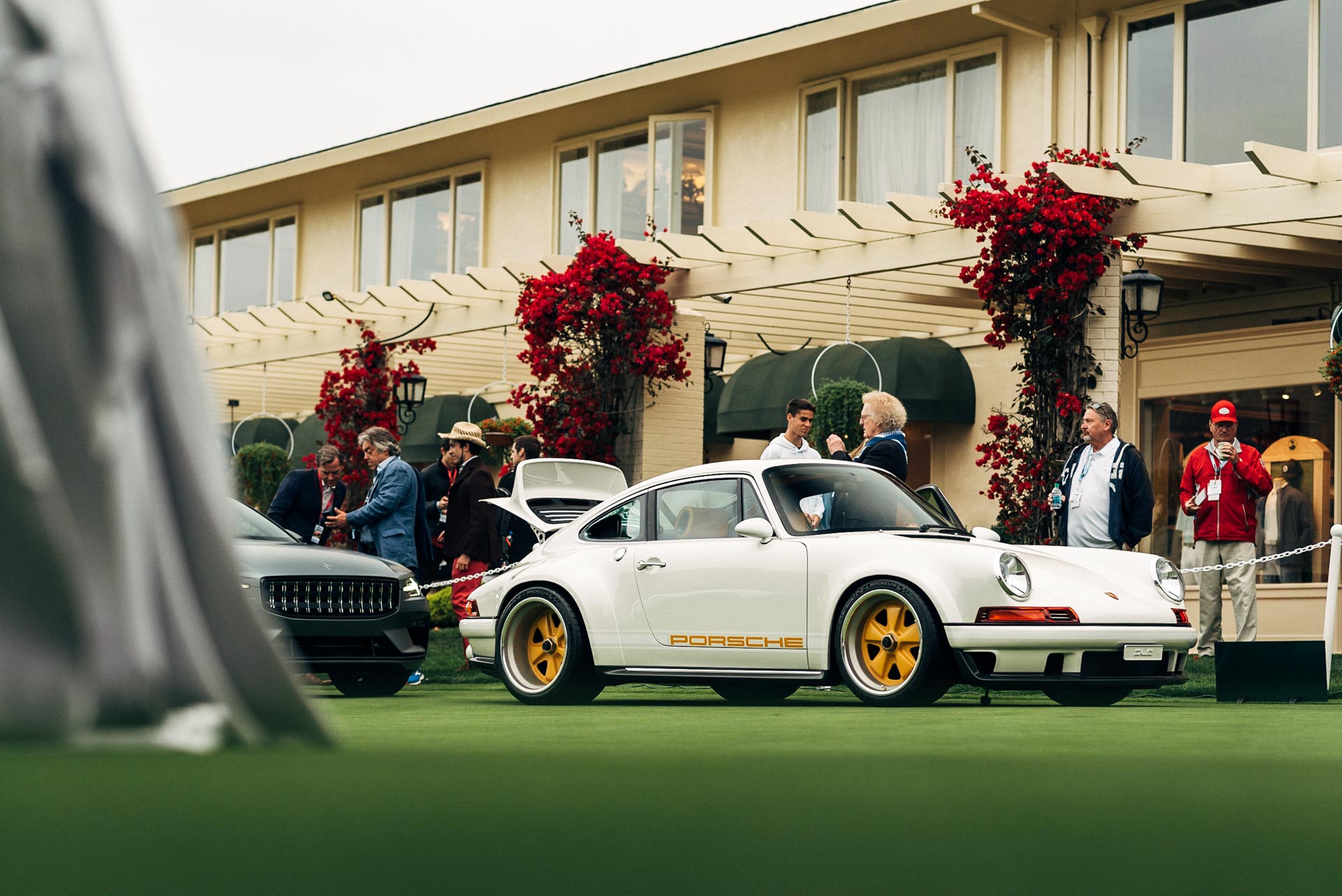 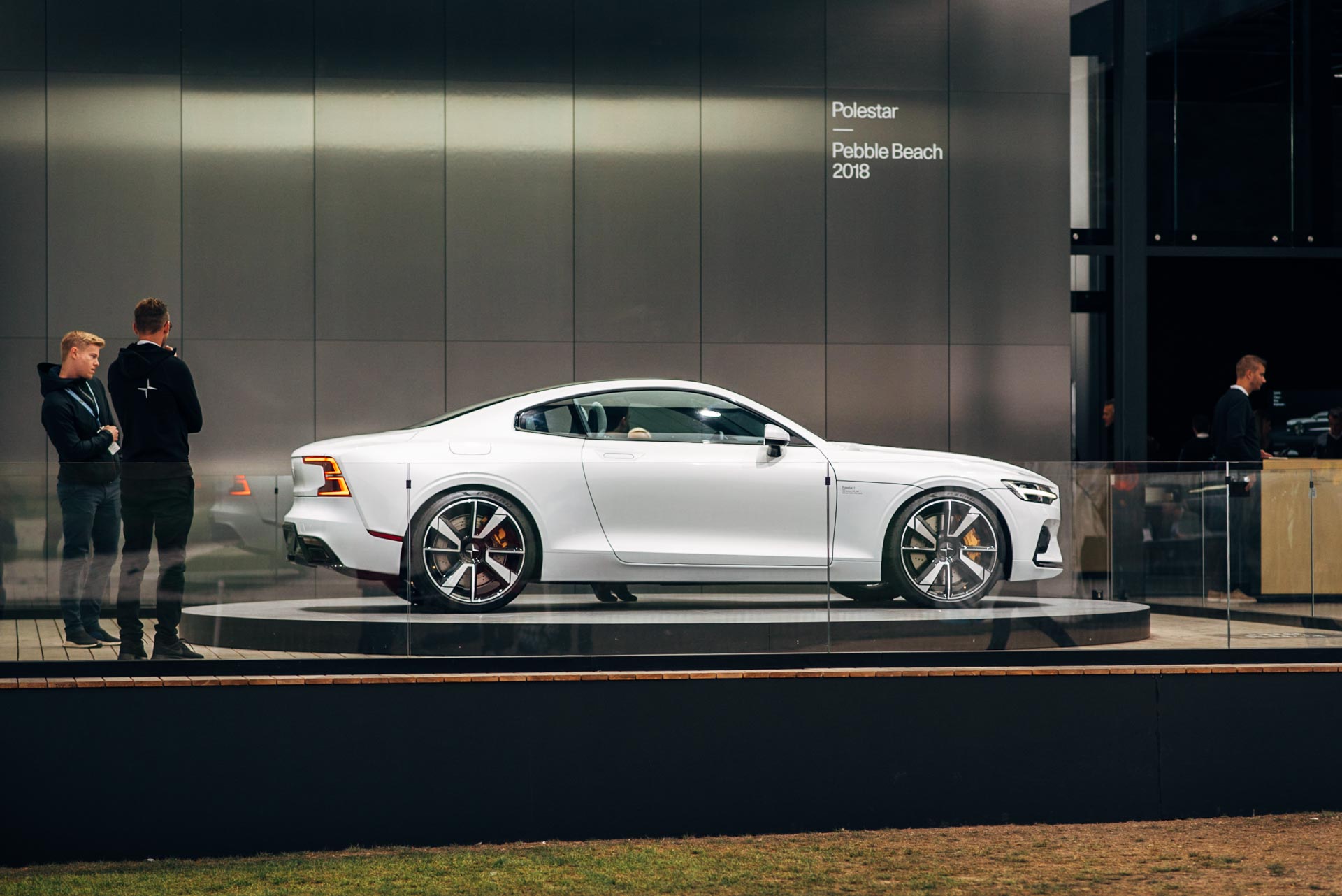 Then there’s the Rolex Monterey Motorsports Reunion at the WeatherTech Raceway Laguna Seca, auctions and car shows such as the Concorso Italiano, the Japanese Automotive Invitational, the Concours D’Lemons, and the Barnyard Ferrari Event. It’s a merry-go-round of cars, chrome, and champagne. 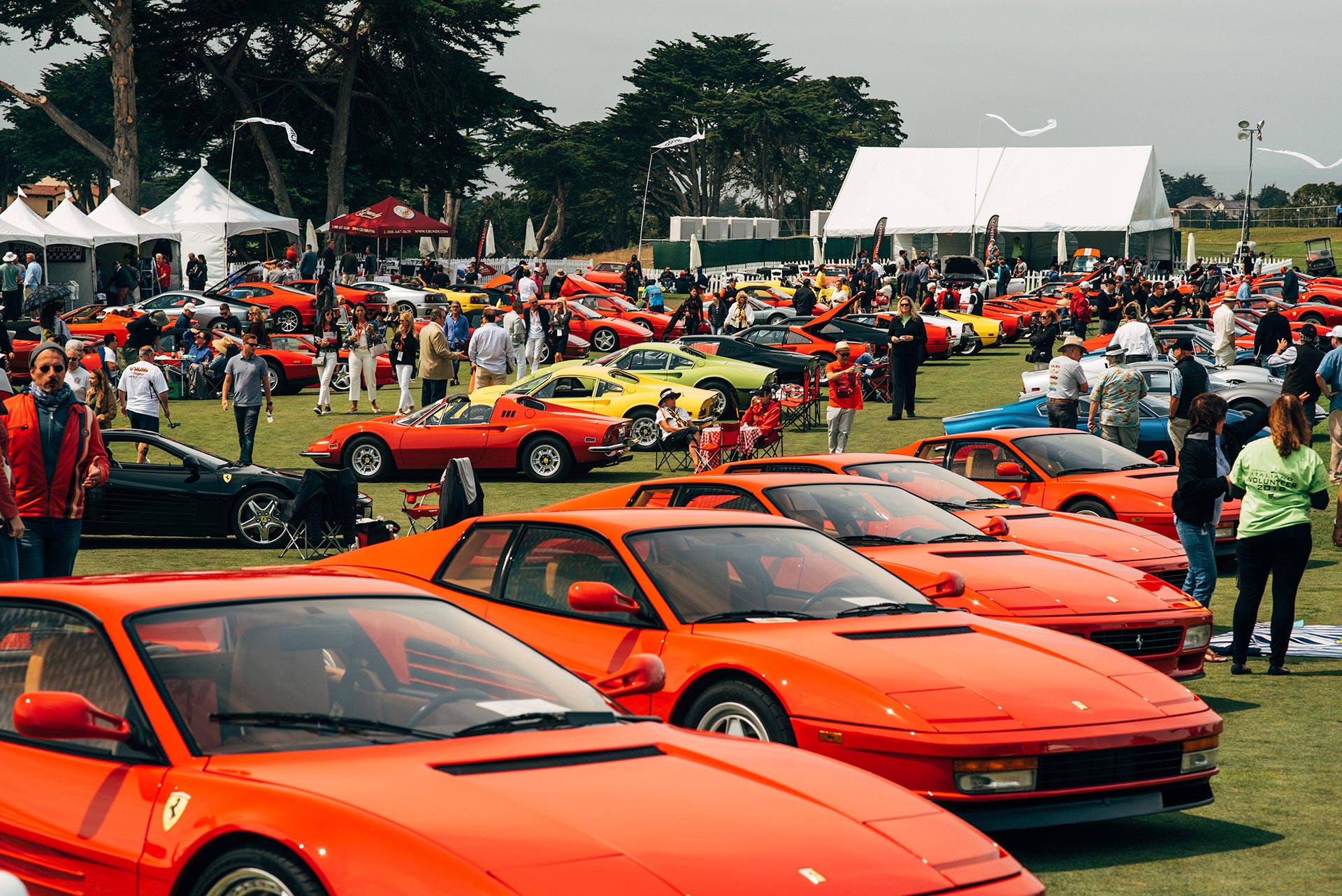 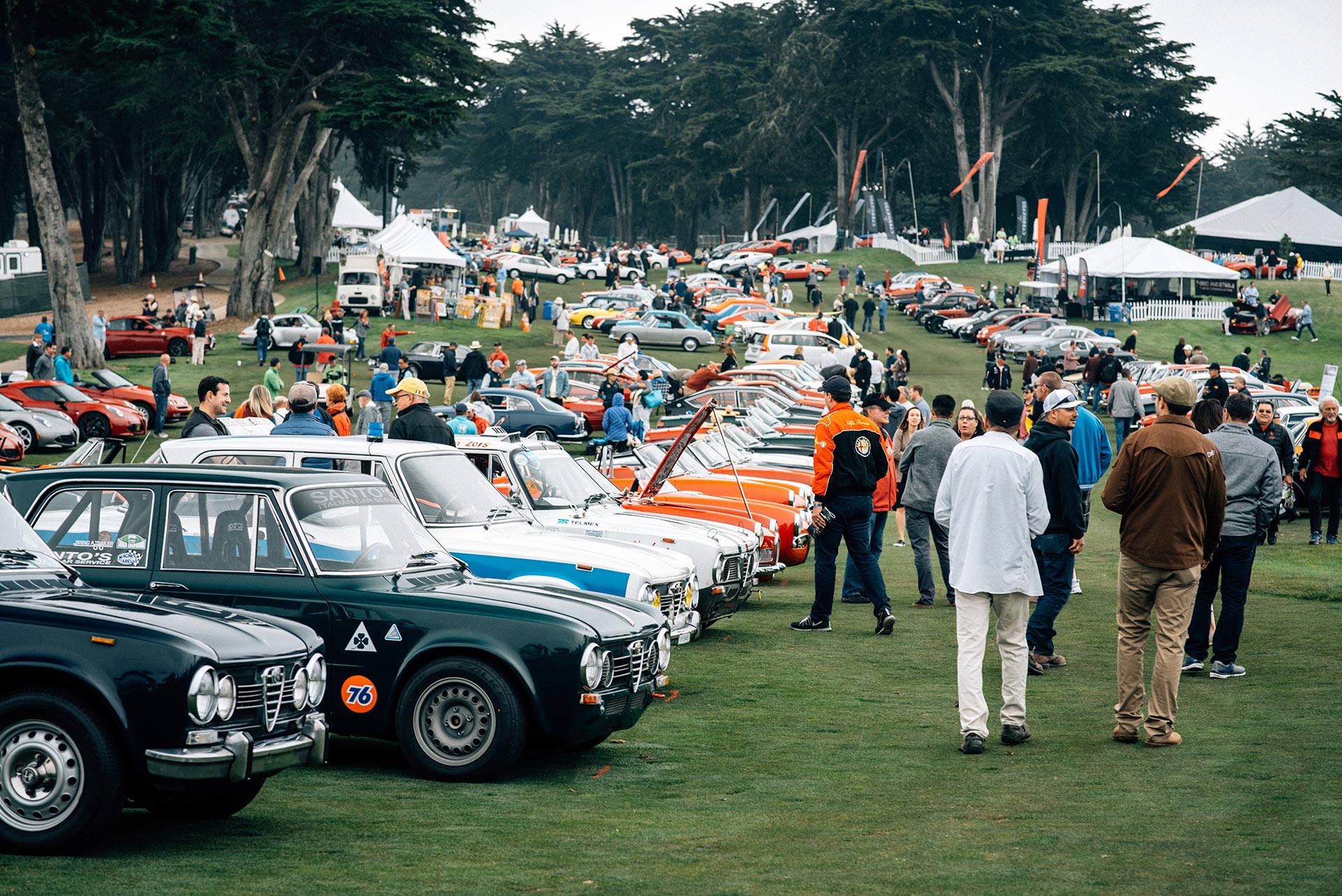 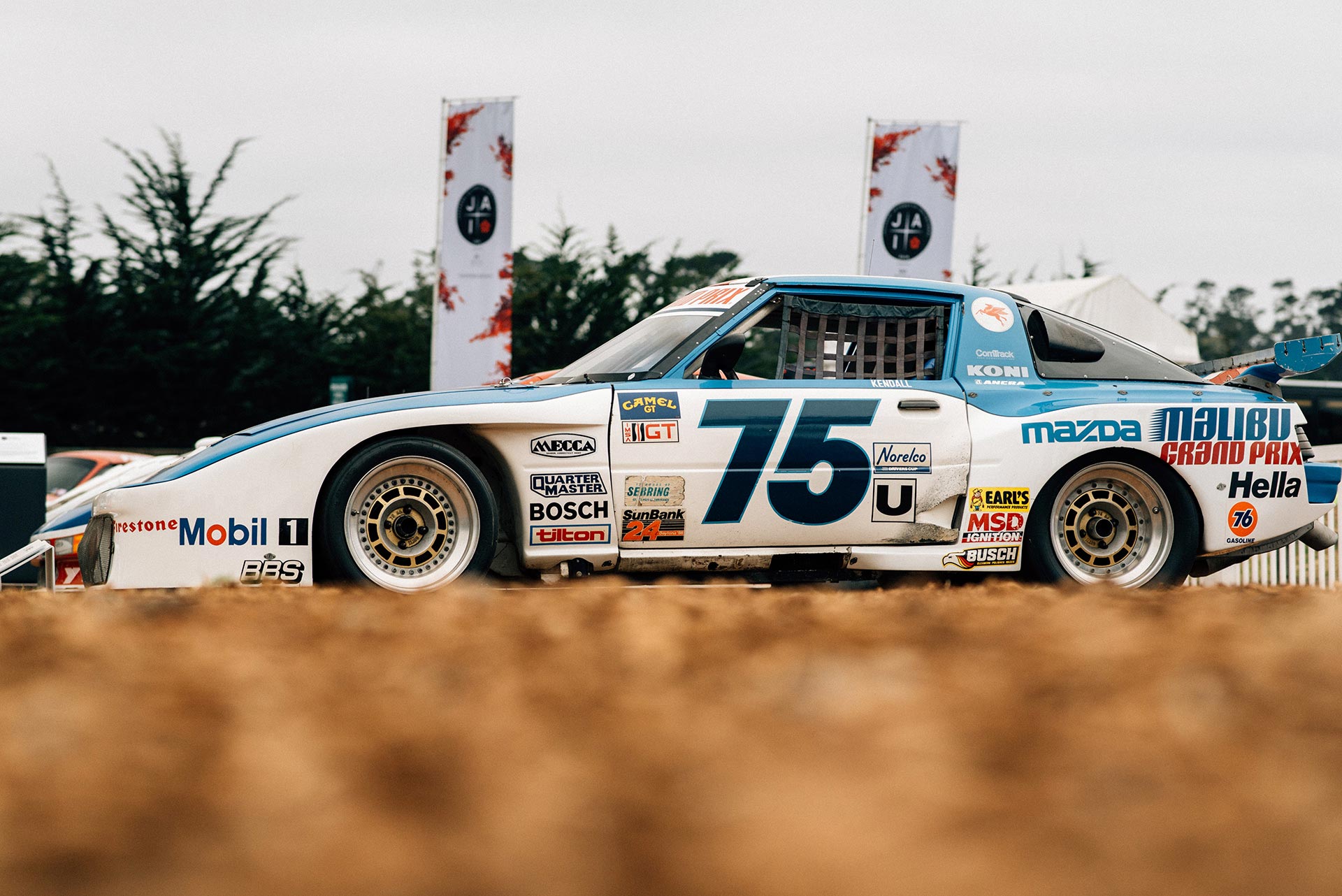 This past year, we were intimately involved because our good friend Mick Jenkins of Mick’s Paint, Pomona, CA, had painted a rare, Atcherley-bodied Alfa Romeo that was in contention.

It’s a merry-go-round of cars, chrome, and champagne.

Atcherley, actually William Clive Atcherley, was an English coachbuilder who fabricated bodies on Brough Superior and Alfa Romeo chassis. This 1928 example—the only-surviving Atcherley Alfa Romeo—recently surfaced in Switzerland and found its way to California to be restored by Fast Cars Ltd. in Redondo Beach, CA. 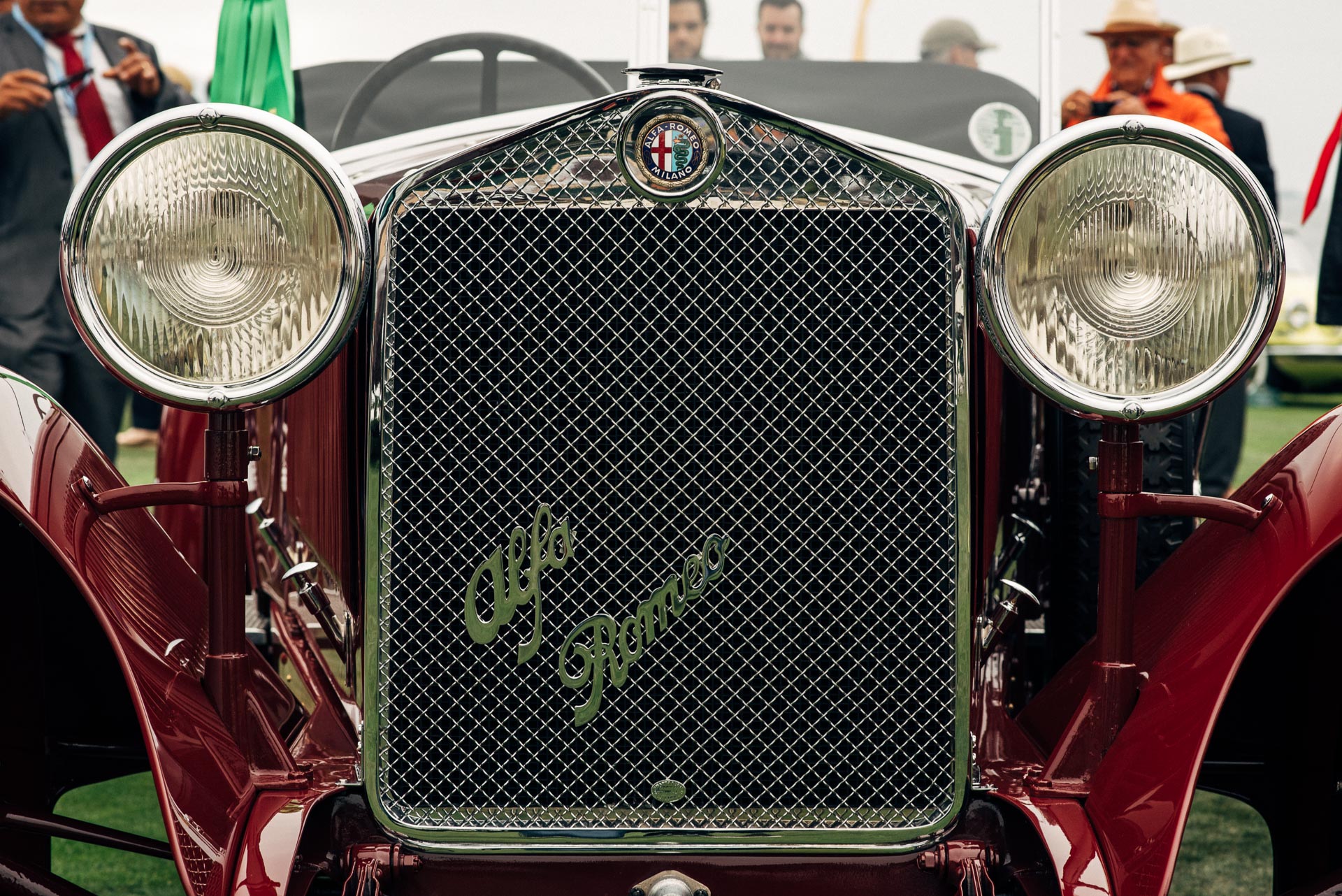 Mick and the guys at Fast Cars have collaborated before on some rare Alfas but this project was special because it was being restored, but not over-restored, for the Atcherley family. 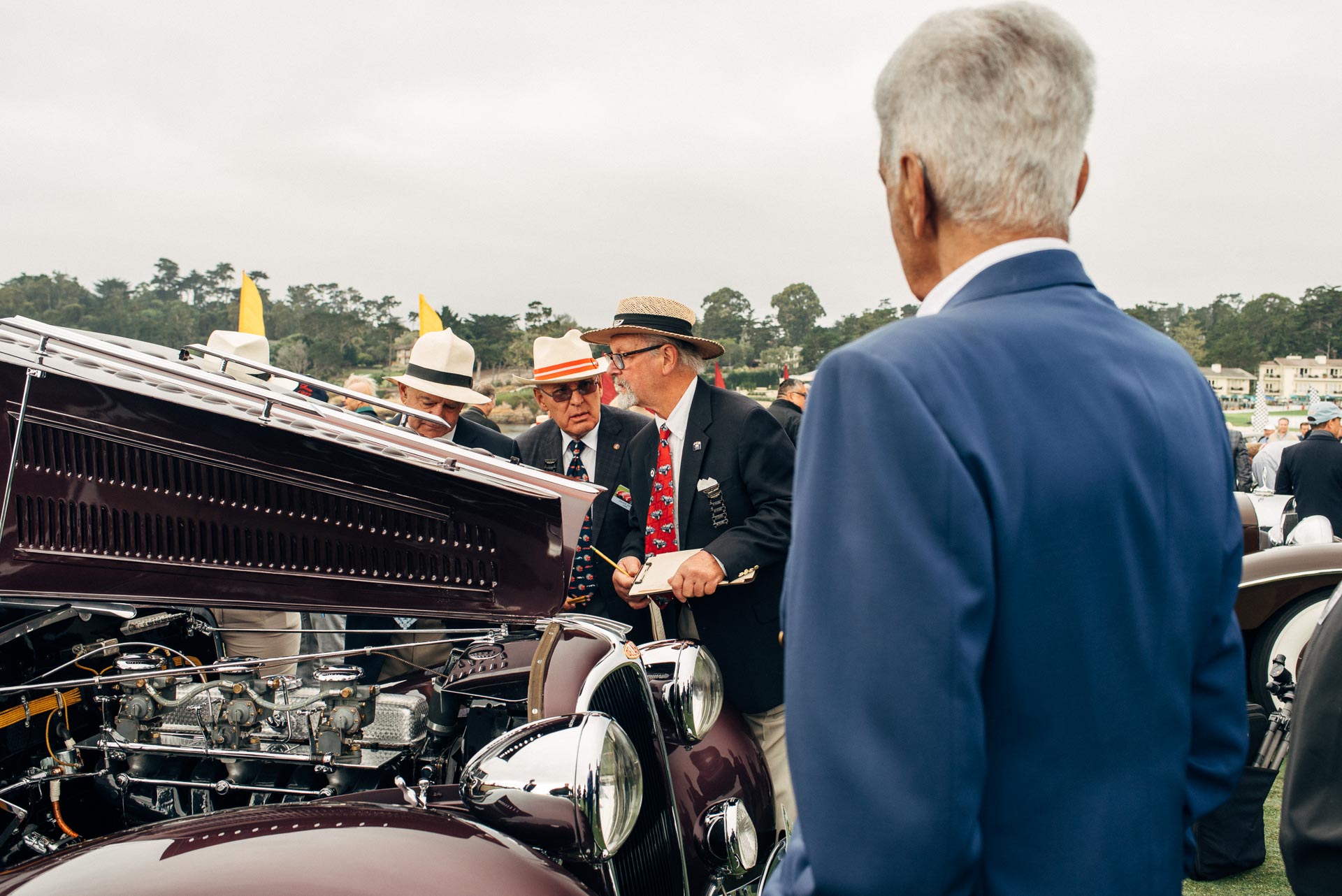 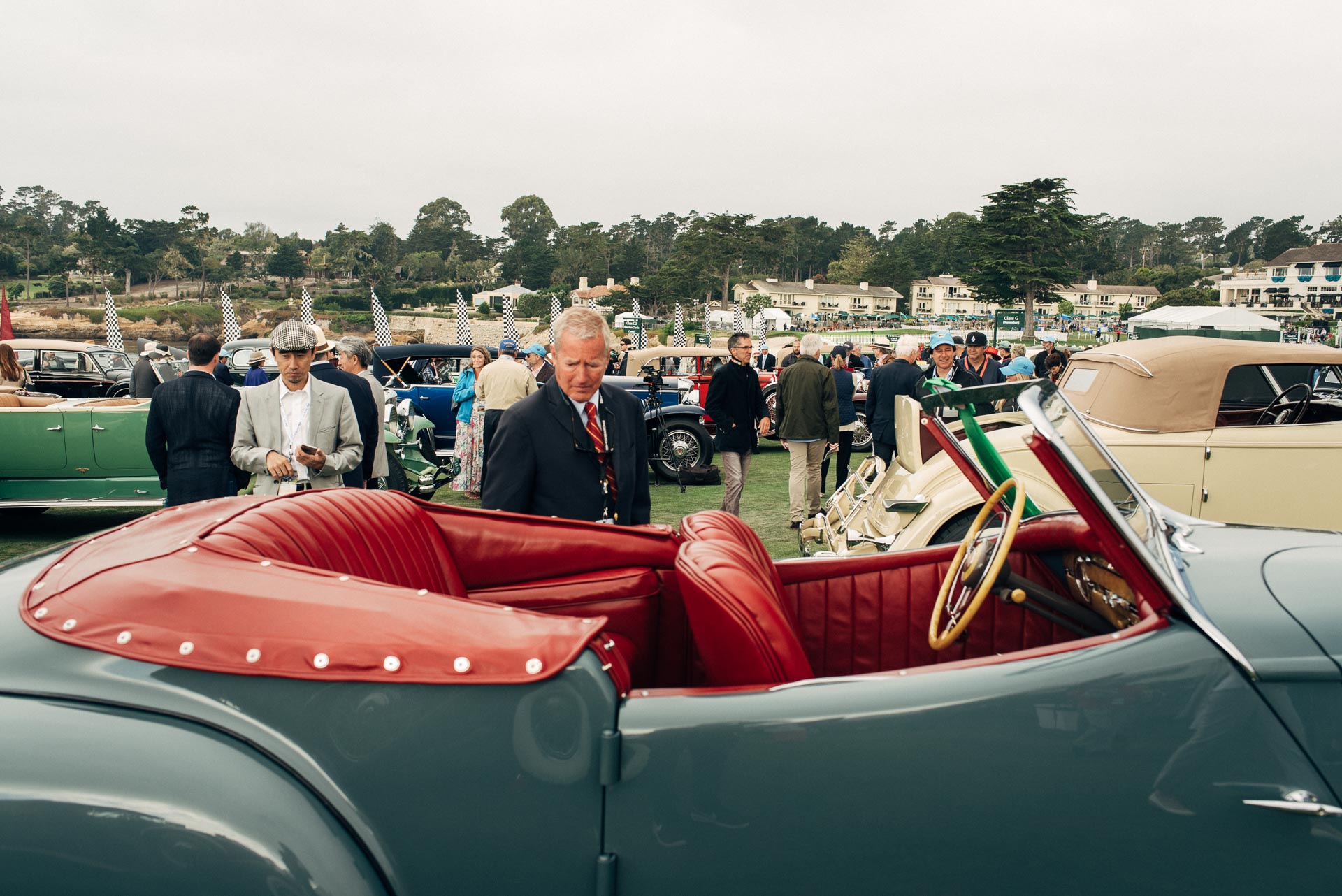 It was their name on the grille and everybody wanted it to do well. Against some heavy competition, the Atcherley Alfa came 2nd in Class J4 Italian Classic. In fact, it was runner up in its class to the Best of Show winner, Dave and Ginny Sydorick’s 1937 Alfa Romeo 8C 2900B, some seriously strong competition. 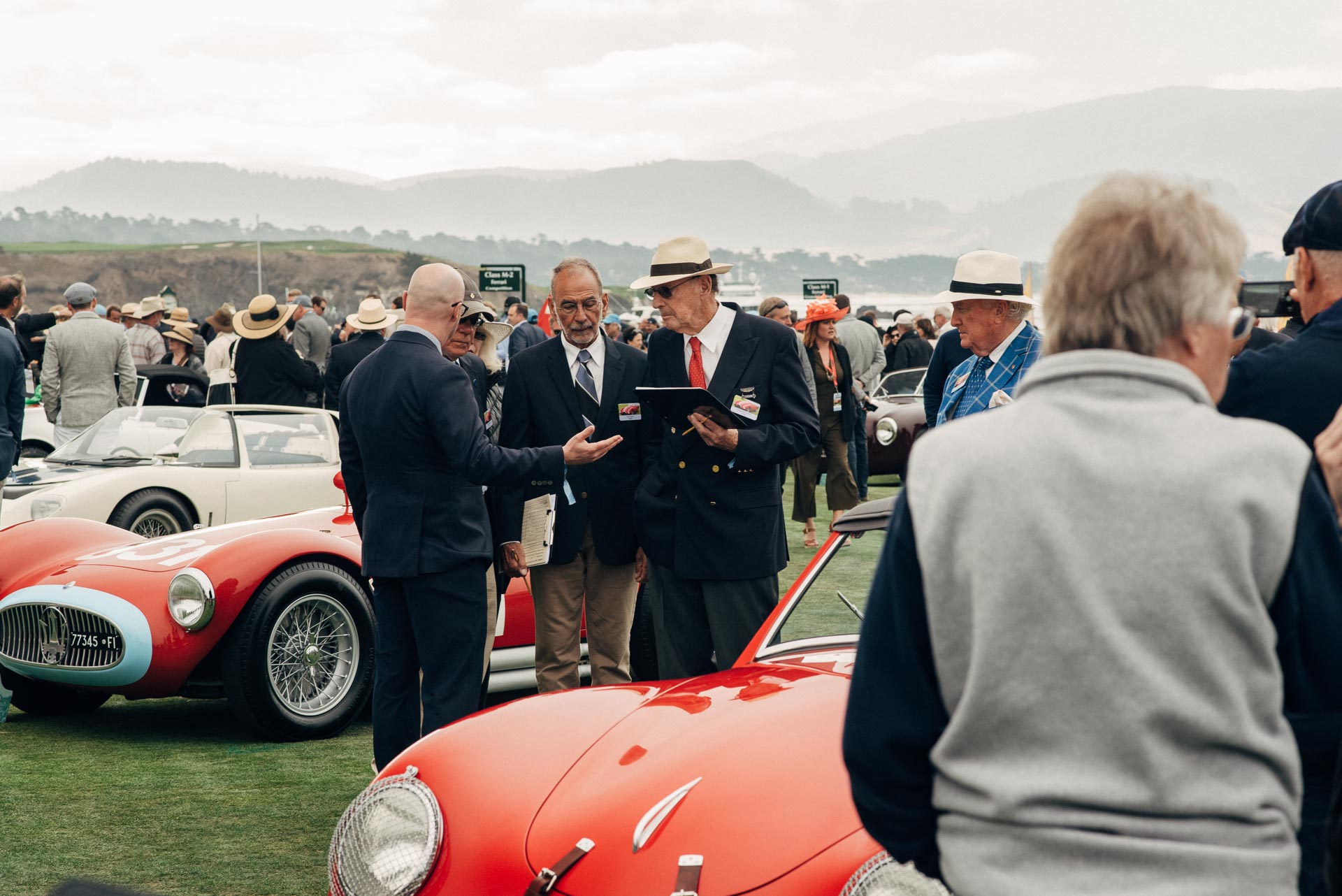 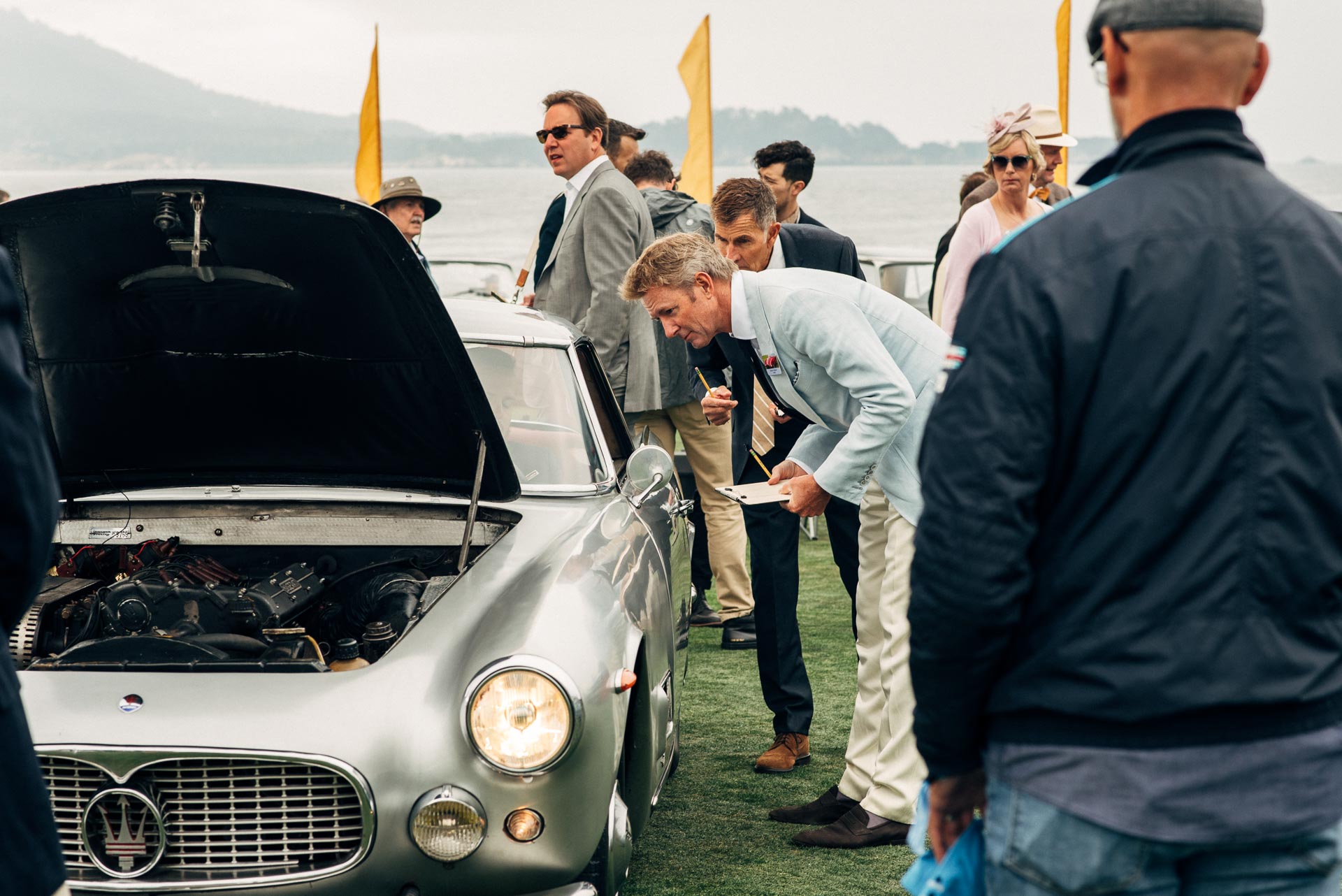 Thankfully, we ended another fantastic Monterey Car Week on a high note but be warned, while it should be on every car nut’s bucket list it can be a very expensive week with rooms hard to find and hotels and event prices off the scale. 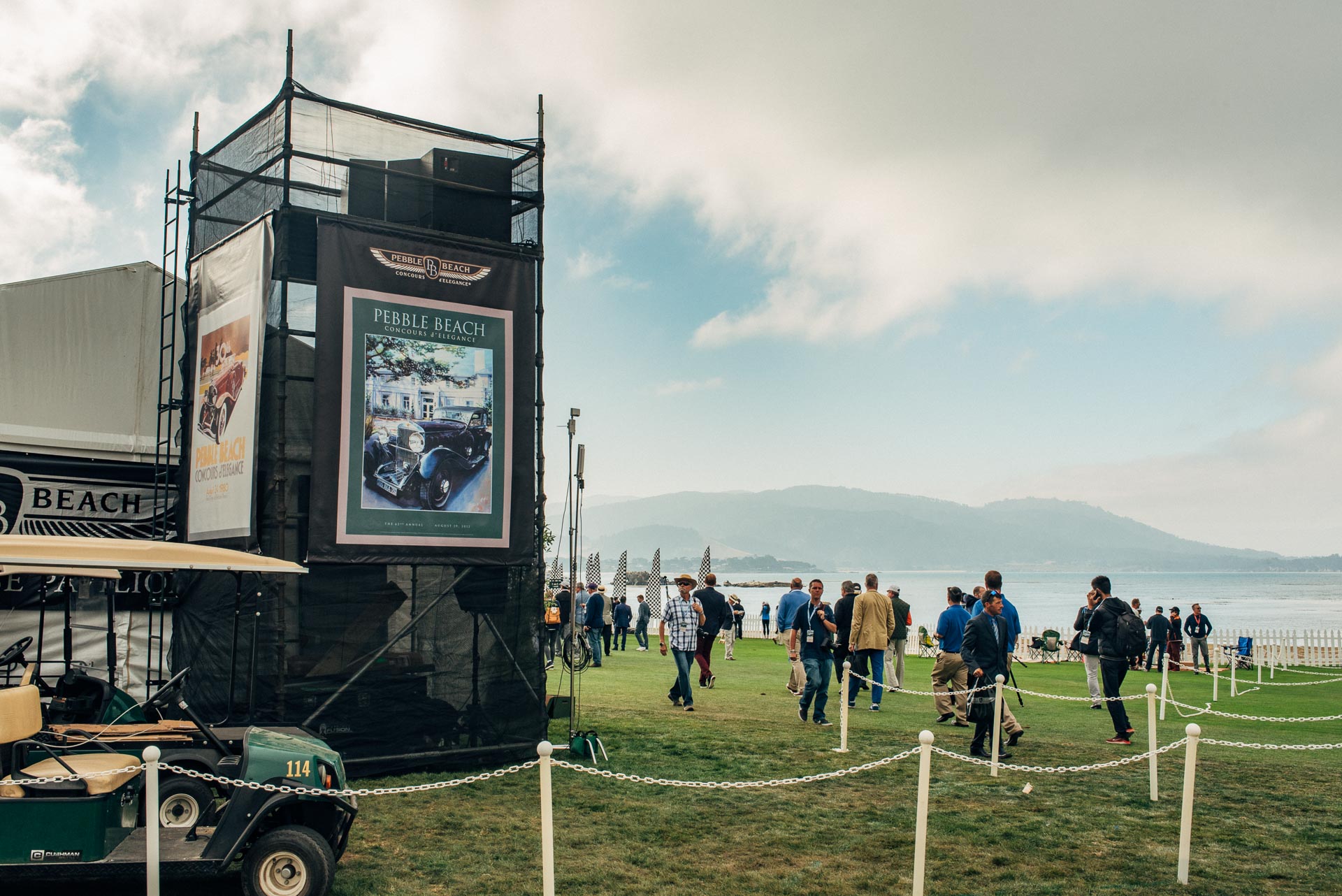 For a fairly complete guide to the 2019 Monterey Car Week go to: seemonterey.com/events/sporting/concours/