Over the past twenty years, untold billions of items have been purchased over the internet, and nearly as many articles have been written about the effect of online retail on traditional brick and mortar businesses. Even before the handbrake got yanked on in-person retail due to Covid-19 concerns, it was already possible to buy anything from groceries from the local supermarket to electronic components of questionable quality direct from the manufacturer in China, delivered straight to your door or mailbox. 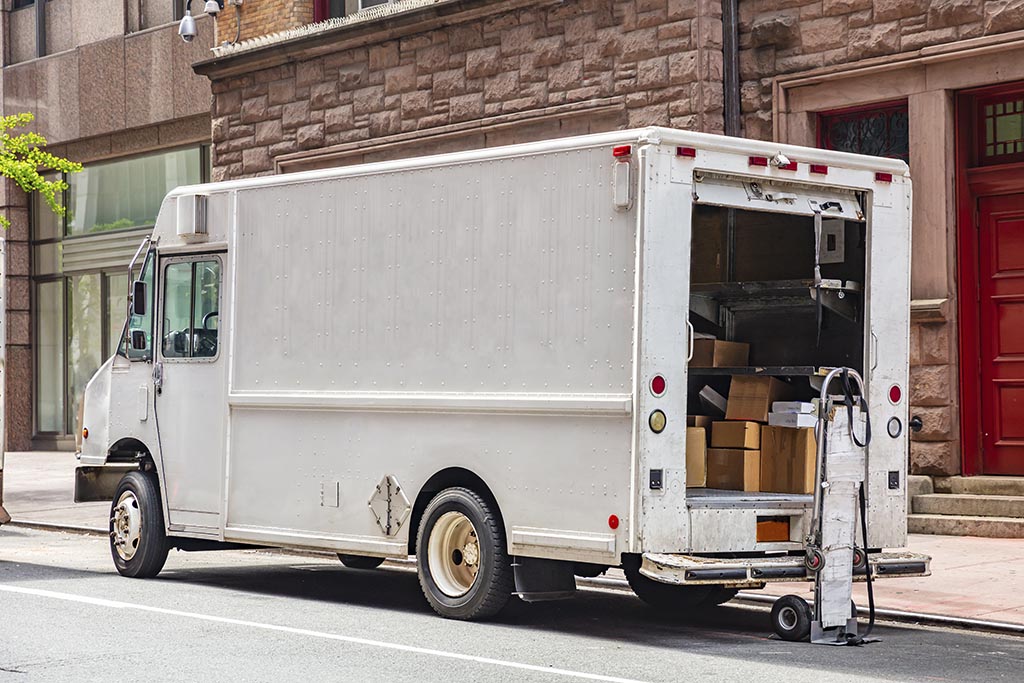 With so much commerce going on via the web, there are still some things that aren’t so easy to buy with the click of the mouse, though – One of them is a new car or truck. The complications involve both the unique aspects of vehicle purchasing and some long-standing laws that were originally designed for consumer protection against manufacturer monopolies, but now mostly shield those who are heavily invested in traditional dealer networks from competition.

Today, we’re going to take a look at the current state of online car shopping, explore the reasons why the status quo exists, and make some predictions about what the future holds for those who’d like to be able to buy a new vehicle with the same convenience you’d expect when ordering Pad Thai because you just can’t bear the thought of cooking again tonight. 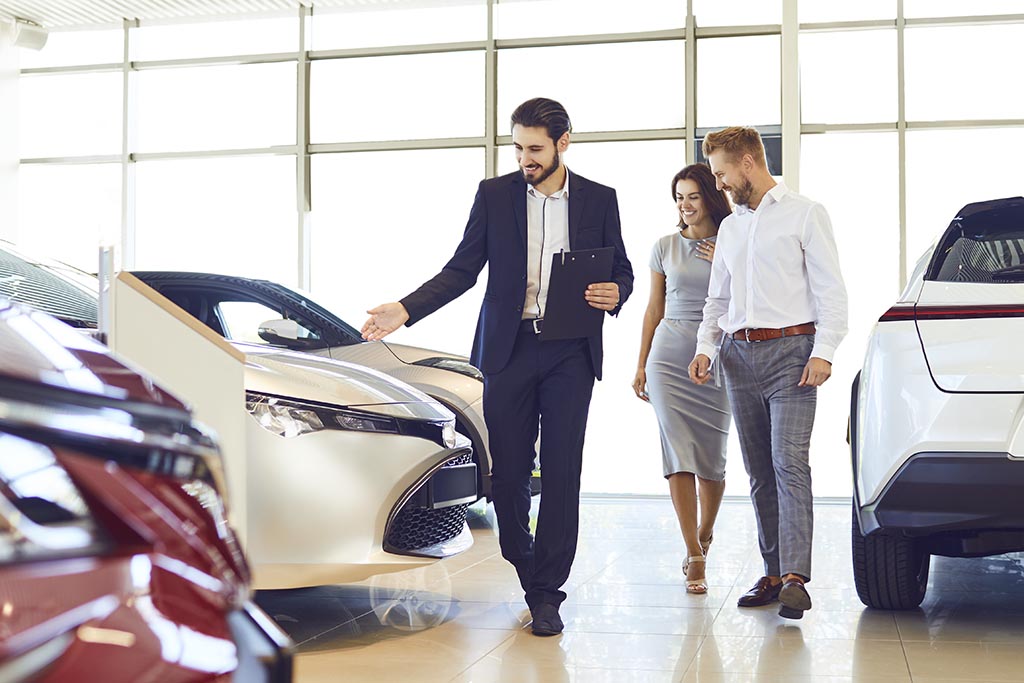 As far back as the year 2000, almost half the people who responded to a J.D Powers and Associates survey said they would opt to buy cars directly from the manufacturer, even if it didn’t save them any money, and it’s unlikely that near-majority of customers would be less likely to do so today. Clearly, the traditional brick and mortar new car dealership system has a serious problem when so many people would prefer to avoid it entirely even if there was no cost advantage to doing so. 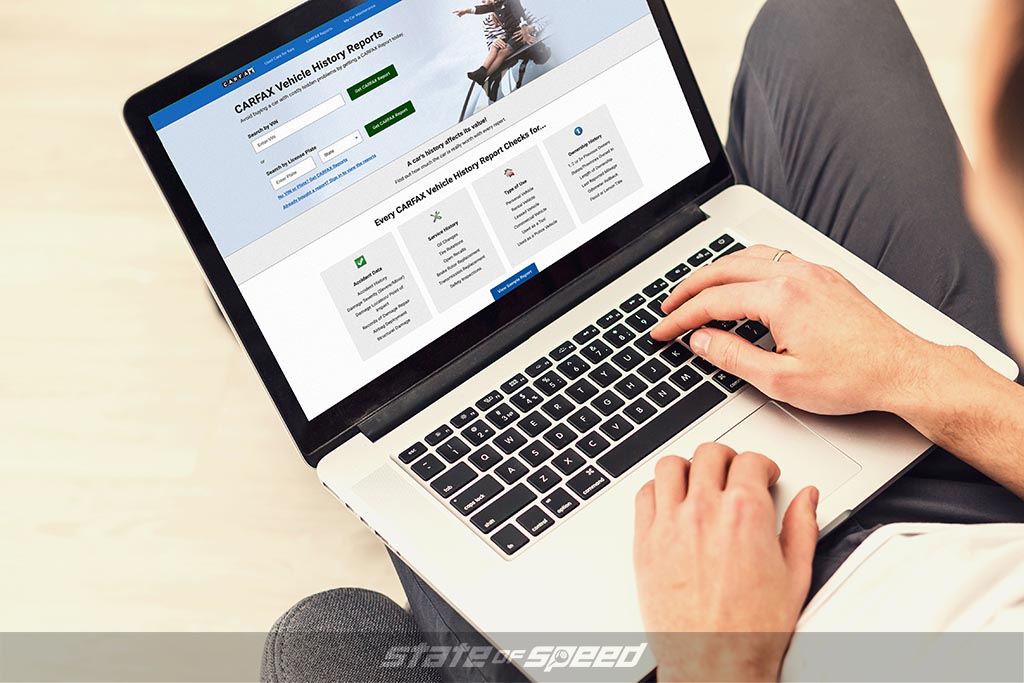 Today, there are more resources available than ever for car shoppers to do their research, revealing invoice costs, rebate and financing offers, and even once-esoteric hidden seller profit sources like ‘dealer hold-back.’ Nevertheless, the average person may buy a handful of new cars over the course of their entire life, while the dealer literally sells them every single day. Even with better-educated customers closing the information gap, sellers still hold a huge advantage in experience, and the psychological manipulation that is often part of the game is well-documented. It should come as no surprise then that many would-be buyers would welcome the chance to spec out and price a new vehicle the same way you can order a new laptop, with zero interaction (or hard-sell pressure) from ‘helpful sales professionals.’

Another 2001 study on the effect of auto buying referral services in California estimated that on average, those services saved consumers almost 2% compared to traditional sales channels, even though a middleman was still involved in the transaction. Direct sales from auto manufacturers offer even more potential savings, eliminating a lot of the financial ‘friction’ inherent in the current system that requires a huge infrastructure to store, merchandise, and eventually deliver new vehicles to their owners.

So if nearly half of all potential customers would prefer to buy direct, and it would make new cars less expensive, why do dealerships still exist? There are several reasons, some good, and some bad. One primary obstacle is legislation that specifically prevents OEM sales to consumers outside of the dealer network – only a few states don’t either directly prohibit it or place extensive restrictions on the practice. This dates back more than a century when many of these laws were first enacted, ostensibly to prevent ‘vertical integration’ of the new vehicle market.

At the time, long-standing monopolies in many forms of business were being vigorously dismantled by ‘trust-busters’ in the name of consumer protection. Allowing car and truck manufacturers to completely control the market from raw materials to delivery was seen as unacceptable, and considering the limited range of choices available in the market and the low bargaining power of buyers, a network of dealers/middlemen was seen as the lesser of two evils. Today, there is a LOT of money tied up in the current system, from the real estate and buildings required for dealerships to the inventory they carry on their books and in their lots, so resistance to direct online sales is strong and well-funded.

What is it Even Good For?

On the positive side for dealers, most new car buyers are going to insist on being able to test-drive vehicles prior to purchase, and the dealership sales model is well-suited to providing that opportunity. This is especially true when consumers aren’t set on the make and model of car that best fits their needs and want to cross-shop, but even the die-hard Corvette guy who knows exactly what he wants is going to make sure ‘his’ car drives properly before taking ownership.

This “showrooming” problem became apparent in the early days of online commerce, where consumers would go to big box retailers or specialty stores to hold something in their hands, then go and order it on the internet for a lower price. The physical store was stuck with all the costs of infrastructure and inventory, with no sales to show for it. 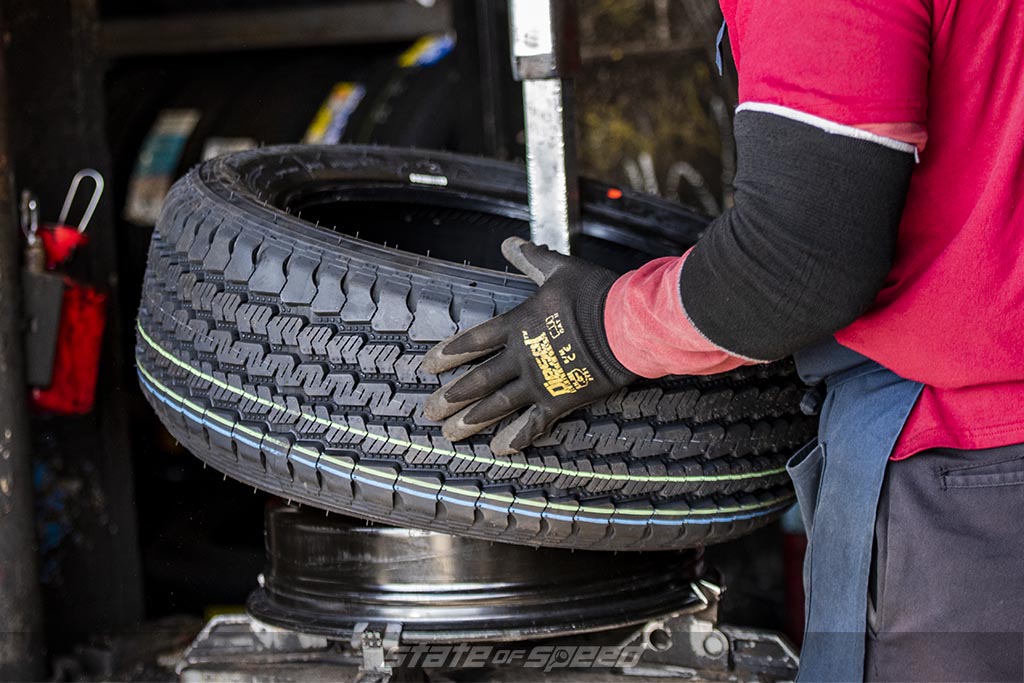 One possible solution comes from what’s already been tried in countries without restrictions on direct manufacturer sales, where franchised dealers receive a commision for online sales in their exclusive territory as a way to cover the costs of maintaining a sales and service network and providing the “last mile” of vehicle preparation and delivery.

Speaking of service, warranty work, ongoing maintenance, and parts sales turn out to be a significant revenue source for new car dealers, one that even outweighs the profitability of car sales themselves. According to the National Automobile Dealers Association, over a ten-year period studied the average new-car dealership’s sales department varied between over $150k in profit and almost $50k in losses, while the service and parts department were continuous money-makers with net profits growing from $150k per location to over $300k. Much like the old business strategy of giving away razors to sell more blades, it seems that the most consistently profitable part of a new car dealer’s operations lie in taking care of vehicles rather than selling them.

At this point, the only new vehicle manufacturer actively making direct-to-consumer sales is Tesla Motors, and in order to do so they’ve had to come up with convoluted custom legal work-arounds in almost every jurisdiction. In some places, Tesla showrooms can offer test drives and answer questions, but any talk of pricing or ordering is as taboo as saying “bomb” in the airport. In others, the number of Tesla sales locations is limited to a handful per state, or the semantic distinction of not having any ‘franchised dealers’ allows the company to simply ignore laws originally written to protect traditional sales outlets.

Regardless of how Tesla has managed to make direct sales work, any traditional manufacturer with an established dealer network is going to have to fight with their existing franchise owners to allow consumers to skip the usual baffling ordeal that is the new car purchasing experience. It seems inevitable, though, given consumers’ strong preference for online buying and the significant savings possible. Traditional dealers will be faced with choosing to hang on to an expensive business model their customers hate that has been made obsolete by technology, or pivoting to provide the profitable services that will still be necessary when large-scale direct sales become a reality.