Mike’s van is one of those vehicles that literally everyone has an opinion on. Not just car enthusiasts because it’s fairly uncommon to see a RHD vehicle in the states, more uncommon to see a Hiace and obviously a one time event to see Boso-style Van like this one. 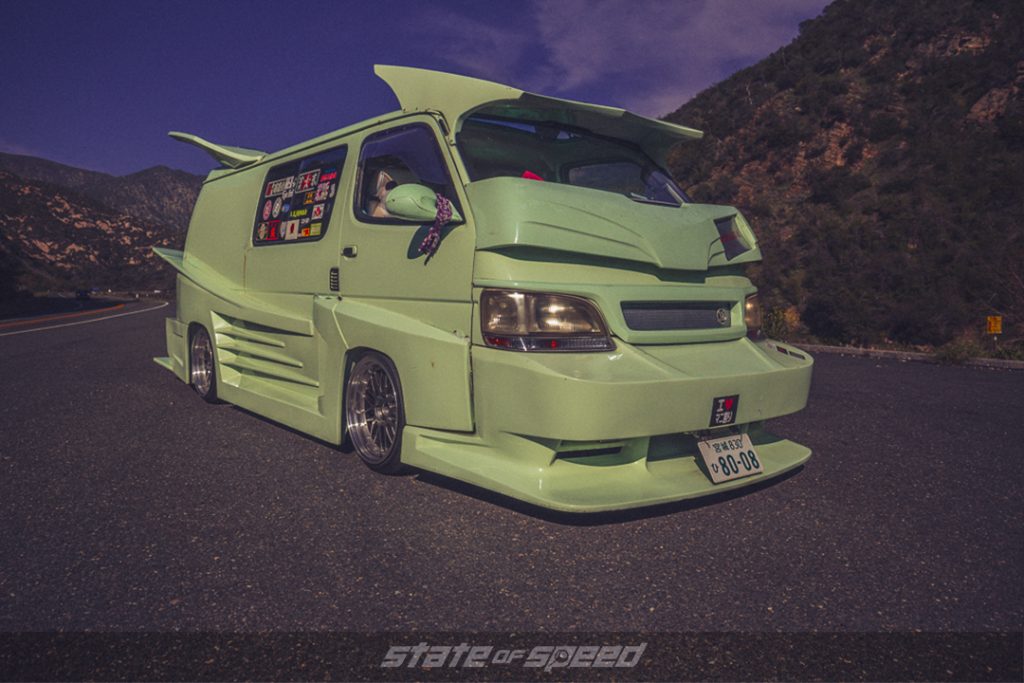 Mike imported it basically as-is from Japan so it fits in with the “vanning” style over there a lot more than some of the vans that were built over here to mimic the Japanese machines. This one is as real as they come. 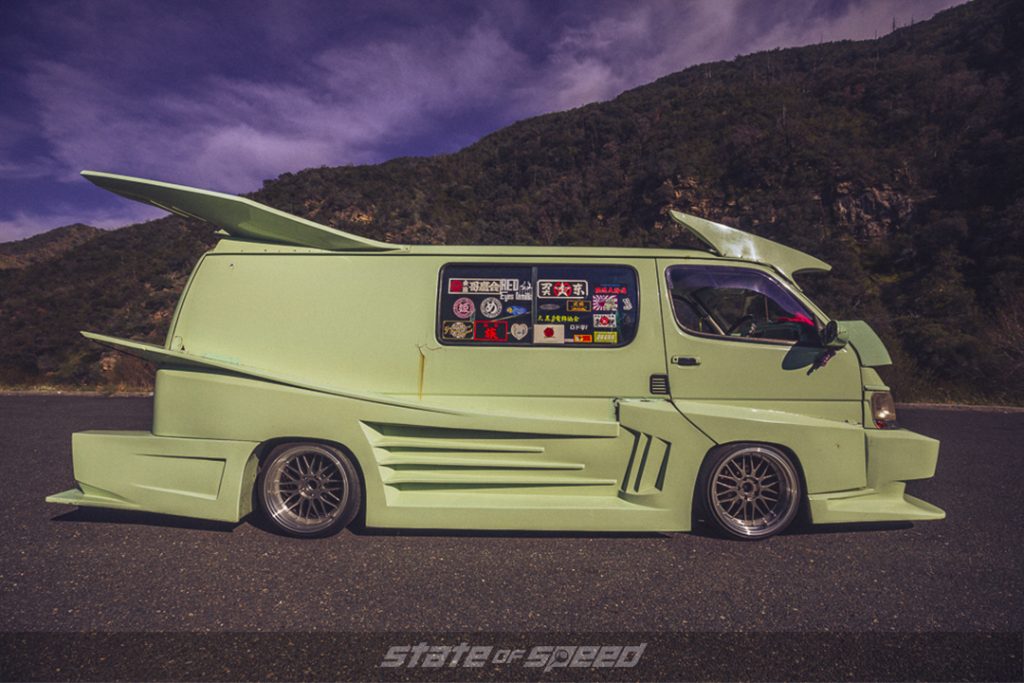 Bosozoku style is loud, colorful, and strange. It translates to “running-out-of-control” and originated in the ‘50s when gangs of young people would drive around recklessly with bikes and cars that were flashy and strange enough to draw everyone’s attention as they did it. They wanted to be seen defying the laws and their vehicle was a huge help.

This subsect is known as ‘vanning’, and while some vans clearly pull from the visuals of Bosozoku, they’re a super niche sector that doesn’t even fully conform to Boso criteria. Some of the vans have been used by Bosozoku gangs for transporting bikes on longer rides, particular to meets and shows. Even though they are closely related to Bosozoku they are still viewed to be part of vanning as a primary definition.

Something that seems to separate Japanese car culture from others is that they are more collectivist and it shows in the way they build vehicles. America lands a 91 on the individualism scale, being unique matters greatly here, demonstrating who you are matters here and we use every outlet from pet, to shoe, to car to tell the people around us who we are and how we differ. We want to seem and feel special. Japanese culture has similar style sectors but you seem to see more strict rules played out throughout the modification process in order to maintain group cohesion. 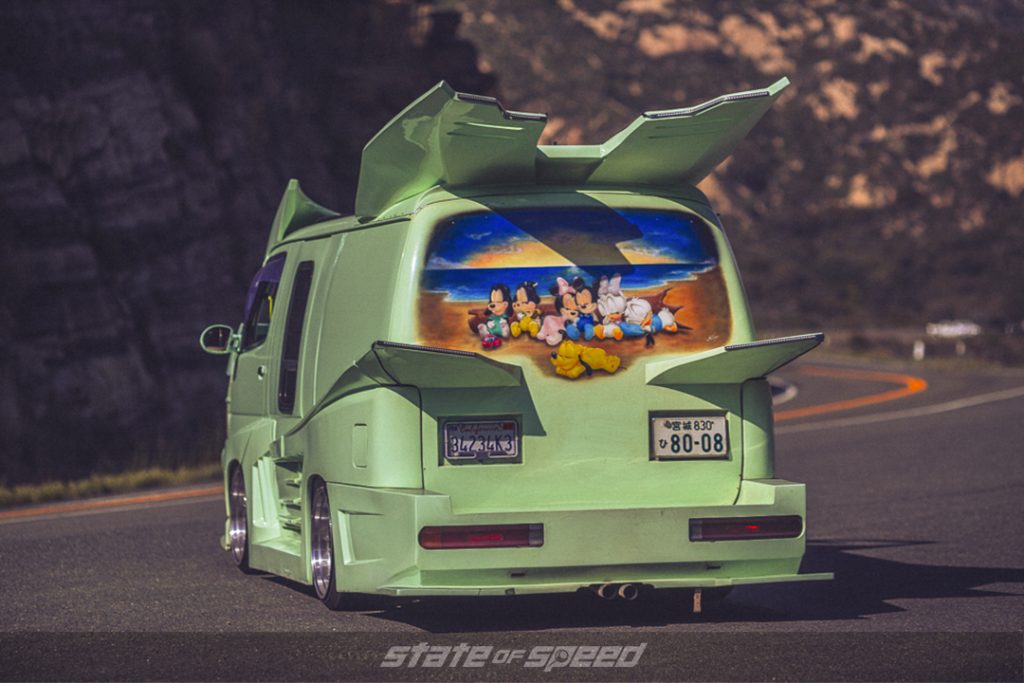 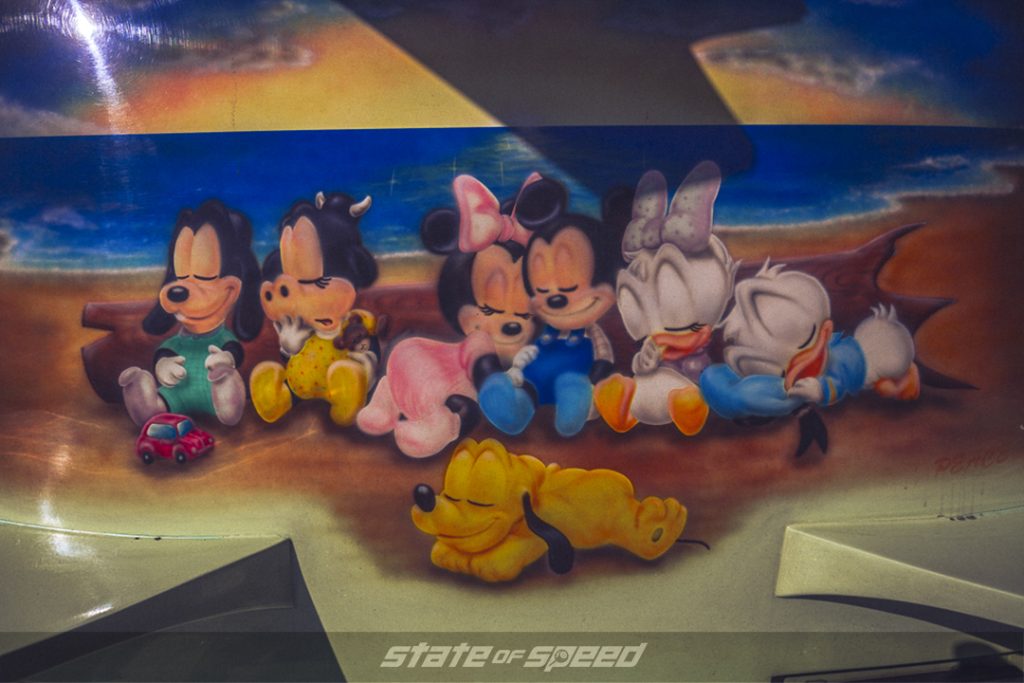 When I approach a story I usually ask myself what does this car say about its owner or how is it unique, what is the covert meaning? When I asked myself the same question of this van it was clear that it wasn’t designed to say a lot about its owner but it was designed to compliment and contribute to the vanning culture at large. 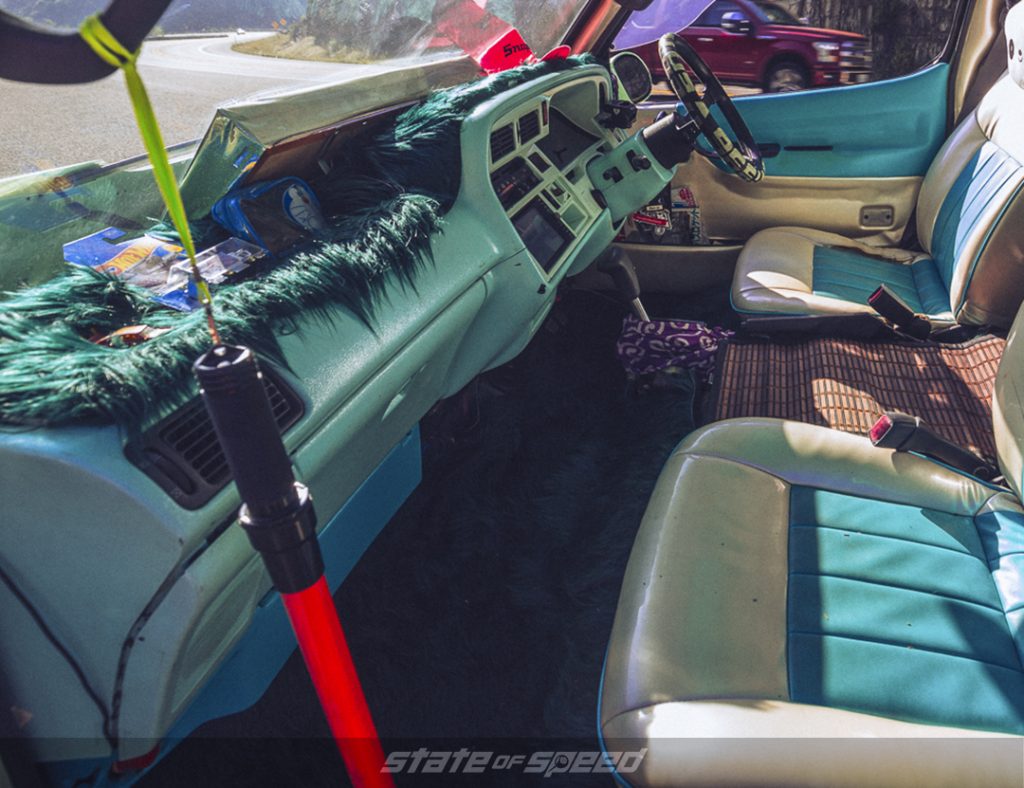 The primary purpose of these builds, it seems to me, is a sense of culture and group cohesion. On their own they seem outrageous and unique but when a group gets together, a true spectacle is made.

Seeing Mike’s van over here is super out of place and that makes it perfect for American individualism. Vanning builds community in Japan and shows uniqueness in the states, it just goes to show how car cultures evolve and change and grow as they cross borders. 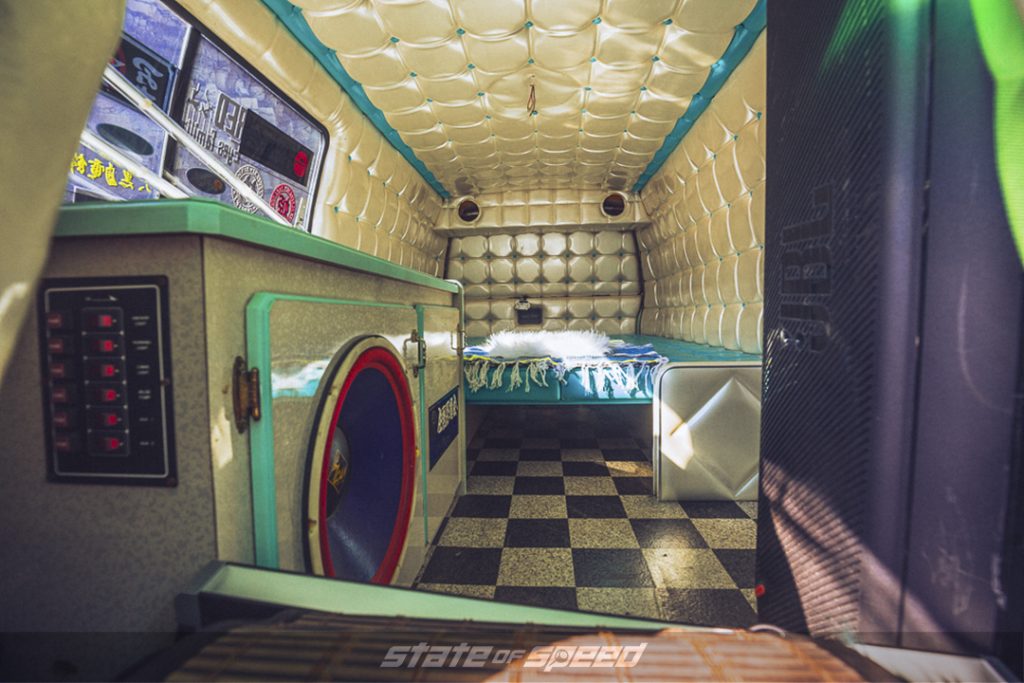 I think I’m not the only one who would love to see a Japanese-style close-knit Vanning club put down roots on this side of the ocean, but for now Mike’s will have to fly solo.