Why is the Nissan Skyline GT-R Illegal in the US

You read about the Nissan Skyline GT-R in tuner mags, you saw the Skyline GT-R steal screen time in Fast and Furious Movies and heard Canadians started driving GT-Rs legally back in the mid-2000s. Yes, the Skyline GT-R is the Japanese GT car that captivated enthusiasts’ attention here in the United States and made it the goal of many fanbois of the Nissan badge. Hardcore JDM fans already knew the GT-R was dominating Japan Grand Touring races in Group-A as well as the streets Tokyo but we still couldn’t import the car to America. The Nissan Skyline GT-R was considered an illegal import in the US and Federal agencies have been on the case about shady imports by seizing cars and shutting down illegal importers. 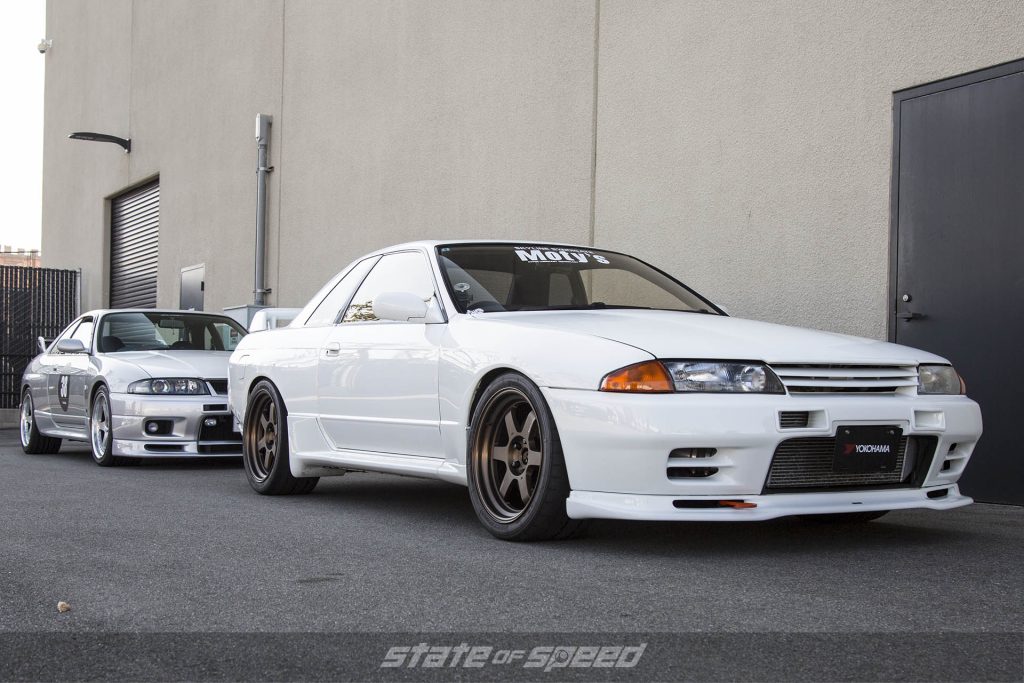 Being an owner of a Skyline GT-R for nearly 18 years now, I’ve seen, driven and been offered to buy many questionable GT-Rs over time. But why are they illegal?

Before we get into it, let’s set a few facts straight. The Nissan Skyline has many trim levels, like the GTS-T and GT-T that were narrow-body, single turbo with rear wheel drive, others had no turbo or even AWD. There was the GTS-4 R32 4-door sedan and even a wagon with a carburetor! The R33 and more desirable R34 had sedan versions as well, lumbering 4-doors that in our opinion, only confused the brand. This left the Skyline GT-R trim and higher variants the most desirable and importers were willing to go to great lengths of illegal activity to get one here into the US. 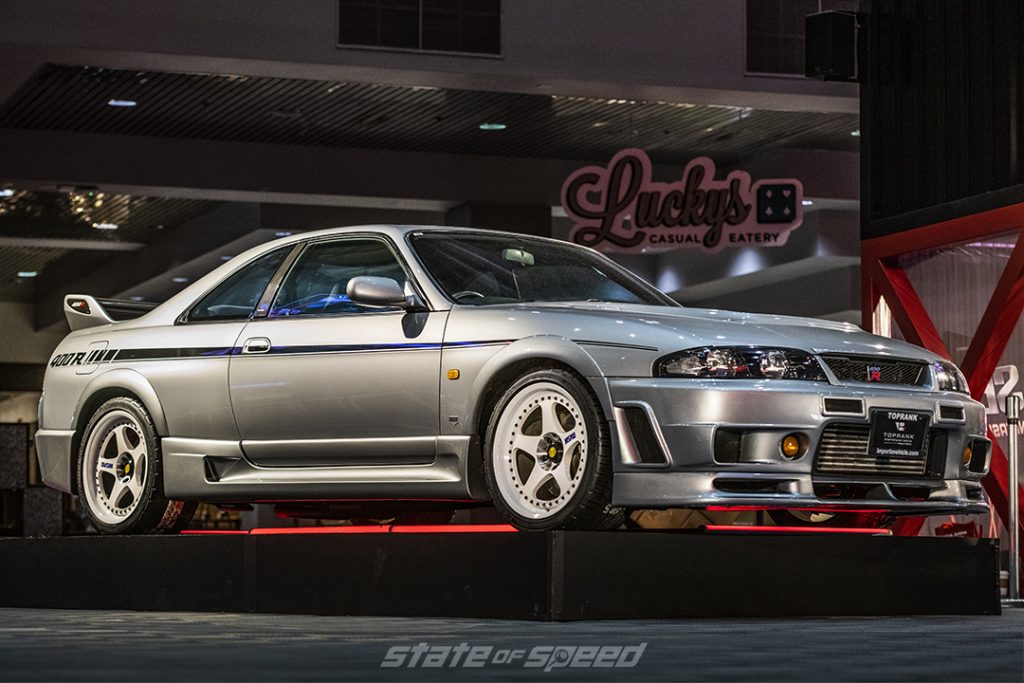 A bit of history lesson first going back to the late 1990s. The Skyline was Japanese market only being right-hand drive and early cars had no airbags, no side impact beams, no side markers all compromising occupant safety. Meaning it couldn’t be exported outside Japan, but there was a company named MotoRex spearheaded by Japanese national, Hiro Nanahoshi in California that sought to change all that. At the time, MotoRex was the only company seeking to legally import the Skyline GT-R by performing National Highway Traffic Safety Administration (NHTSA) crash tests, DOT modifications, new VIN plate and any further requirements by the California Air Resource Board (CARB).

MotoRex rose to prominence very quickly but there was a dirty underbelly to the company with a slick but criminal owner. What the public doesn’t know is that only the R33 chassis Nissan Skyline GTS was crashed in the tests. In Japan this was a cheap car to dispose of for frontal offset, side impact and rear crash tests required by the NHTSA and DOT. The R33 coupe failed the side impact tests and the beam was lowered to achieve a pass in 1999. Although approved, Federal regulators didn’t notice that MotoRex was later legalizing not only R33 but R32s and the super expensive R34 an most of which in GT-R trim. The trick worked and there are over 100 DOT legalized Skyline GT-Rs in the US which became super valuable after MotoRex collapsed amidst controversy and criminal activity. Even a MotoRex VIN plate is super valuable, as wrecked cars magically became roadworthy again.

After MotoRex, shady importers saw the pent up demand for Skyline GT-Rs only ever sold legally in the Japanese Domestic Market and wanted to cash in. The most common scam to get an illegal Skyline GT-R was the old ship as parts and re-VIN move. There are so many illegal R32s, R33s and the worth-the-risk R34s in the US using this method. A chassis was either totally disassembled interior and engine removed (or even cut in half) and then rewelded and assembled together. The GT-R might have been complete(ish) but still needed a 17-digit US VIN to make it able to register because JDM VIN plates are 11-digits. The shady importer would then harvest a similar year Nissan 240SX VIN and rivet it on. Don’t believe it? We’ve driven these cars and been offered them for sale, avoid them at every opportunity.

Sure you might fool a cop or two but crash and see how fast your insurance company won’t back you. Or wait until the feds show up at your door to take it, if you still want to go ahead other countries can’t wait to buy it at auction for pennies on the dollar when it is sold off for export only.

However, much of that is in the past. Companies like Kaizen, Black Ops and Rivsu have all ceased operations, many cars have been seized and insurance companies got wise to the JDM-trickery. Back in Canada, the 15 year importation rule there meant cars would not require any special modifications to be legal and R32 GT-Rs came in legally as early as 2004. The R34 GT-R has been imported there since 2014 as many of the owners await the big day here in the USA. What is the big day? July 1, 2024 the month when the 1999 Nissan Skyline GT-R R34 chassis first rolled off the line (yes, the 25 rule is legal build month and year, not year alone).

For the sake of discussion, the R34 GT-R Chassis built from 1999-2002 is the most desirable and has become extremely valuable. That made R34 GT-R importation the primary goal of shady importers before 2024 and other wealthy owners who exploited another loophole. Show or Display law means that cars of historical importance and motorsports significance can be imported into the US with various stipulations. Currently, the 1999 Nissan Skyline GT-R V-Spec in the rare Midnight Purple II color and 2002-only Nissan Skyline GT-R M-Spec Nϋr. The Show or Display allows for a maximum of 2,500 miles per year to shows and events only. While some owners might adhere to that with regular habits, others have found questionable “methods” in these mechanical speedo cable-equipped cars.

There are also a number of illegal R34s from Miami to LA and all points in between that are rumored to be existing under their house of cards importation and VIN history. They will then come crawling out of the dirt with their original VIN plates, looking to be resold as fresh, new imports despite being here for year (or decades). If these cars do go legit, the will be far more valuable as many people avoid GT-Rs with Florida titles for example and a handful of other states. 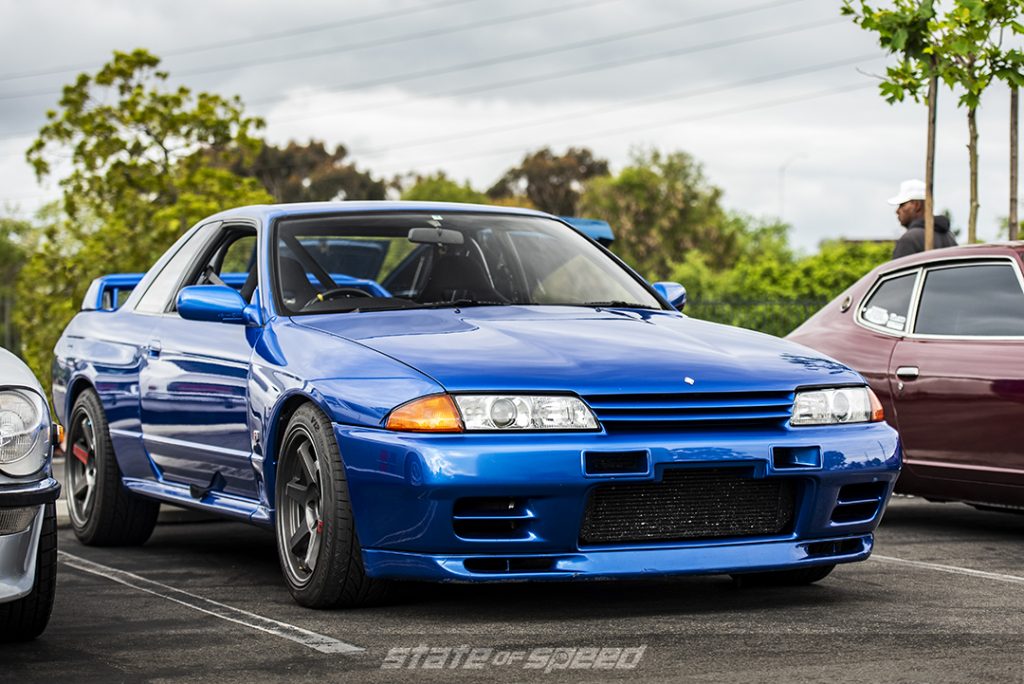 But does it matter if you have a legal, illegal or gray market GT-R you want to buy? For many people, the prices are becoming absolutely unobtainable. BringaTrailer.com sold a 1999 Nissan Skyline GT-R V-Spec in Midnight Purple II for $320K, the M-Spec is going for around the same. The ultra-rare Nissan Skyline GT-R Z-Tune of which there are only 19 has changed hands privately for over $1-million USD. Even the overlooked R32 GT-R is already over $150-grand.

…But does it matter if you have a legal, illegal or gray market GT-R you want to buy? For many people, the prices are becoming absolutely unobtainable…

Before you go hit bid on the next auction, remember the 25 year importation rule has a stipulation than many avoid. Imported cars are not supposed to have engine swaps or heavy modifications. You can dispute all you want, but it’s there in black and white we just get away with it as no federal employee has a pulse on what a mod even is. Then again, RB26 blocks have no serial numbers either.