What You Should Know about Your Favorite Tuner Car

We get it, we live in an age bombarded with information on a daily basis though multiple platforms and devices. Couple that with the trend of no one trusting the automotive media with everyone and their mom being a content creator and proper historical information. Content creators mess up facts and don’t grasp the basics but can mask it with entertainment factor using adjectives or dropping phases like “dope spec” or “dude, so cool” on their videos. Without much bite to the content, the information about cars that were never sold here like the Nissan Skyline GT-R are muddled half-truths that just make enthusiasts or GT-R owners sigh. But here are a number of common myths and the untold truth behind the Skyline GT-R, a brand that really rocketed Nissan to the forefront of performance cars in the 1990s. 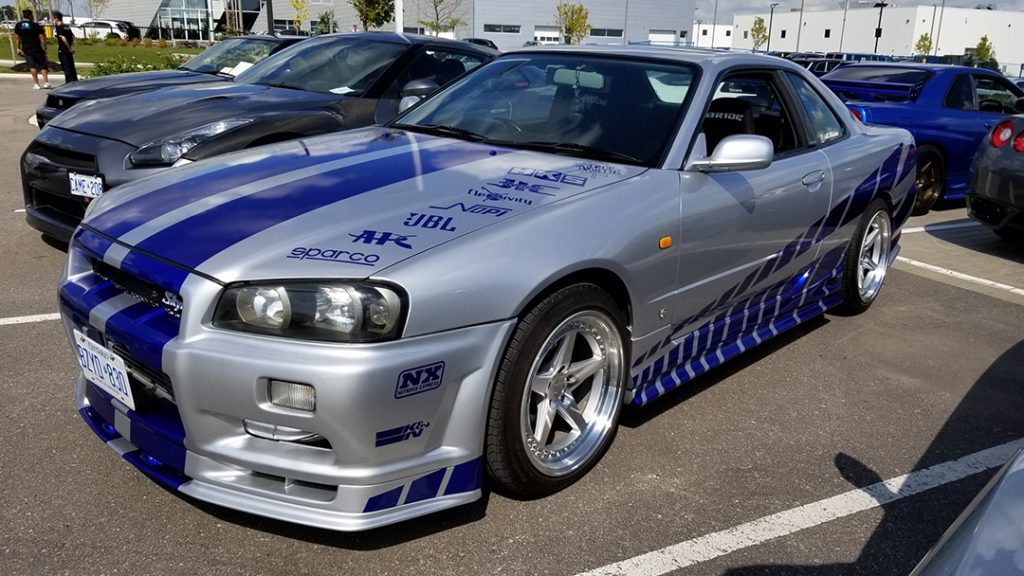 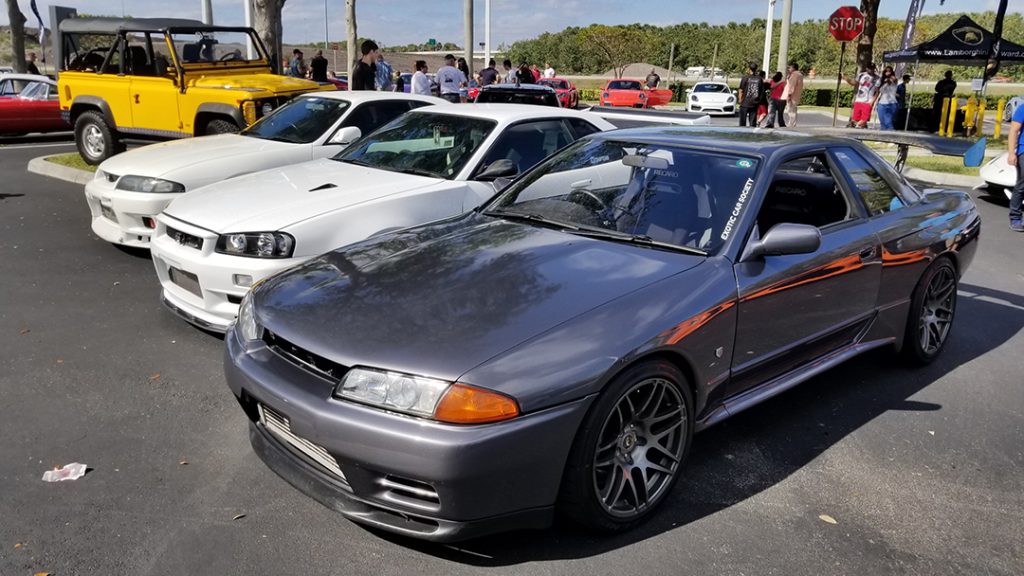 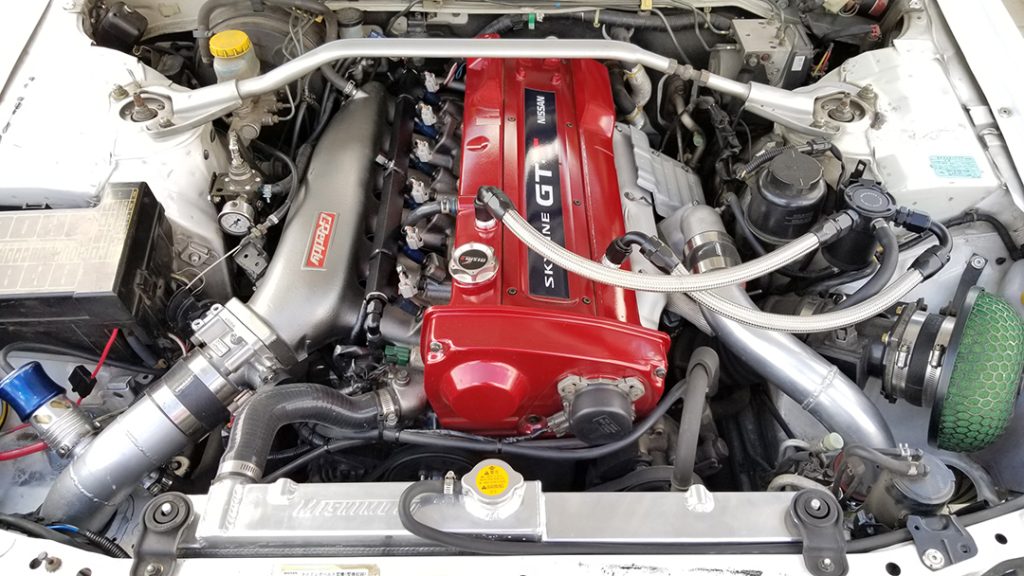 Well, that is a “hell no” from us owners. The Skyline GT-R really isn’t all that exciting in stock form. Sorry to burst your tunerboi bubble but this was a 276hp car with embarrassing torque numbers from 1989 to 2002! It shared many components with Nissan cars like the S13 240SX and Z32 300ZX but the sum of its parts and that incredible ATTESA-ETS AWD system with screaming high rpm RB26 made for a spirited drive.

…The Skyline GT-R really isn’t all that exciting in stock form. Sorry to burst your tunerboi bubble… 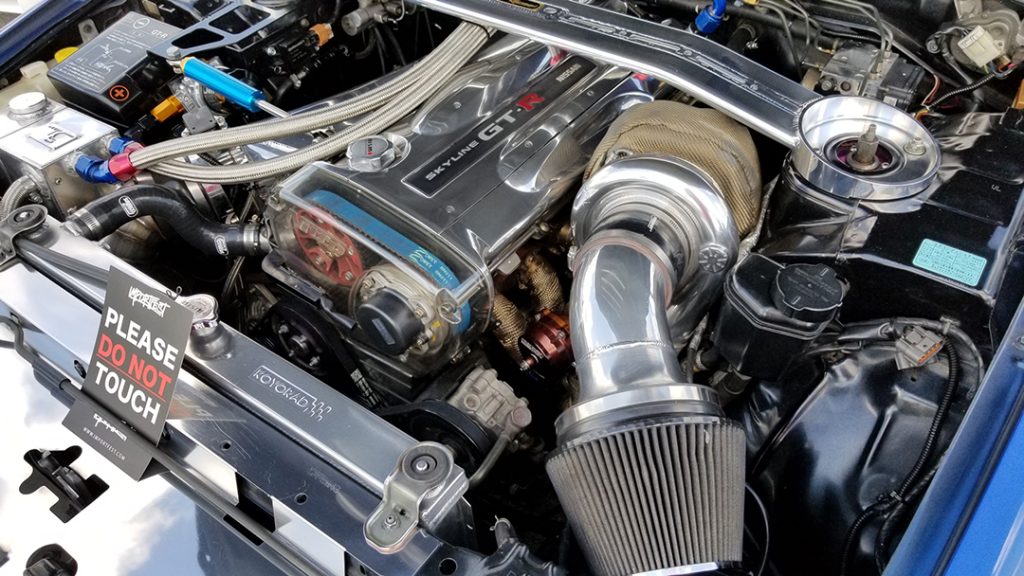 But the GT-R needs to be uncorked and tuned. The bottom end of an RB26 can handle 500whp for a bit but early ceramic wheel turbos won’t get you there and will explode if you try. The later R34 steel wheel Garrett turbos can flow close to 500whp but the transmissions and clutches will not be happy. The R33 GT-R transmission was an upgrade from the R32 and the Getrag 6-speed in the R34 is pretty stout but not for high-horsepower abuse. Suffice to say all the big horsepower GT-Rs have built blocks and added displacement of stroker or the RB30 block. 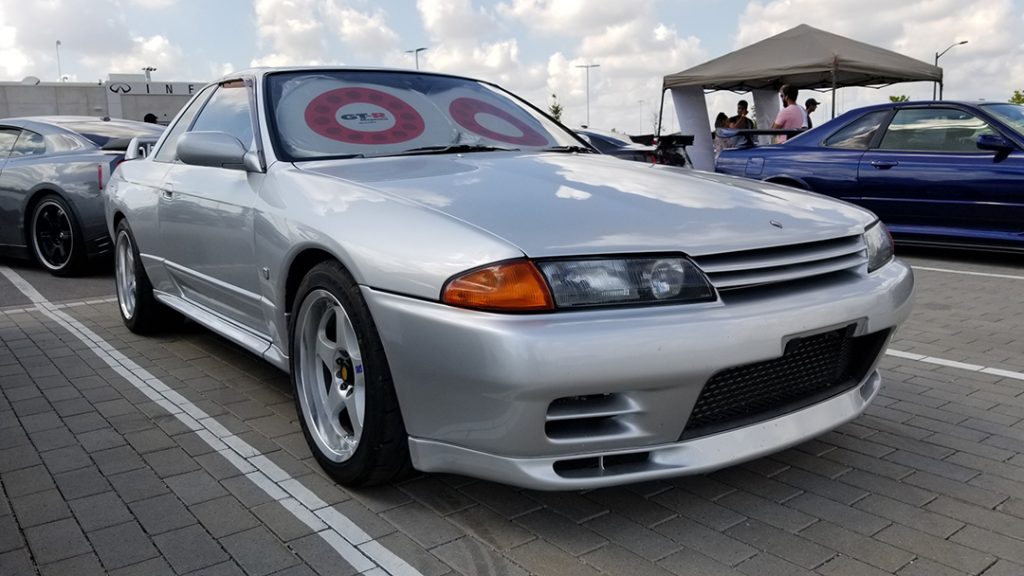 Back in the 1990s, there was sparse information about this Japan-only car. Info had to be translated and/or scanned in from Japanese magazines as the fledgling internet didn’t have the volume of info. An ancient Geocities page cited the 1989-1994 Skyline GT-R as being single turbo and not AWD. This is correct for the GTS-T and lesser trims but this GT-R myth exists today. We regularly hear: “oh you converted to RB26 and the AWD,” it’s easier to just say “yes” and move on.

Nissan Stopped Making the Skyline in 2002 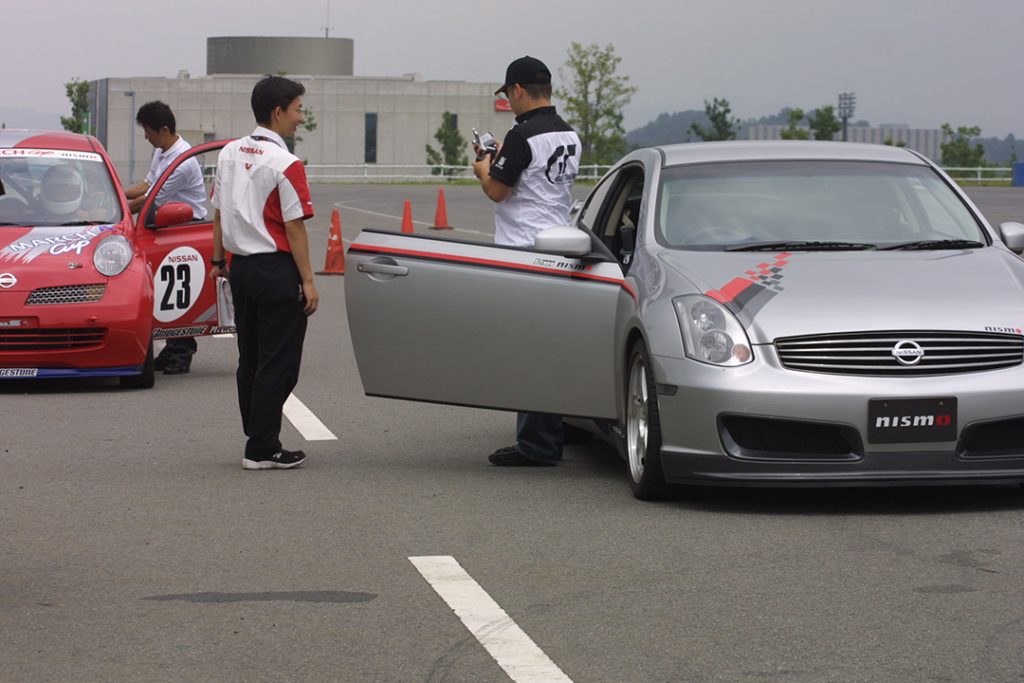 Wrong. The Skyline soldiered on, albeit awkwardly in Japan with cars like the anemic Skyline 350GT based on the G35 we tested in 2004. It was an embarrassment but there was also a 370GT based on the later Infiniti G37 and even a crossover version we will not speak further of. Then they resurrect the Skyline 400R nameplate on a Q50 sedan that although it has 399hp pumping from its VR30DDTT 3.0L V6 twin turbo, it just isn’t worthy of the R33-based 400R nameplate 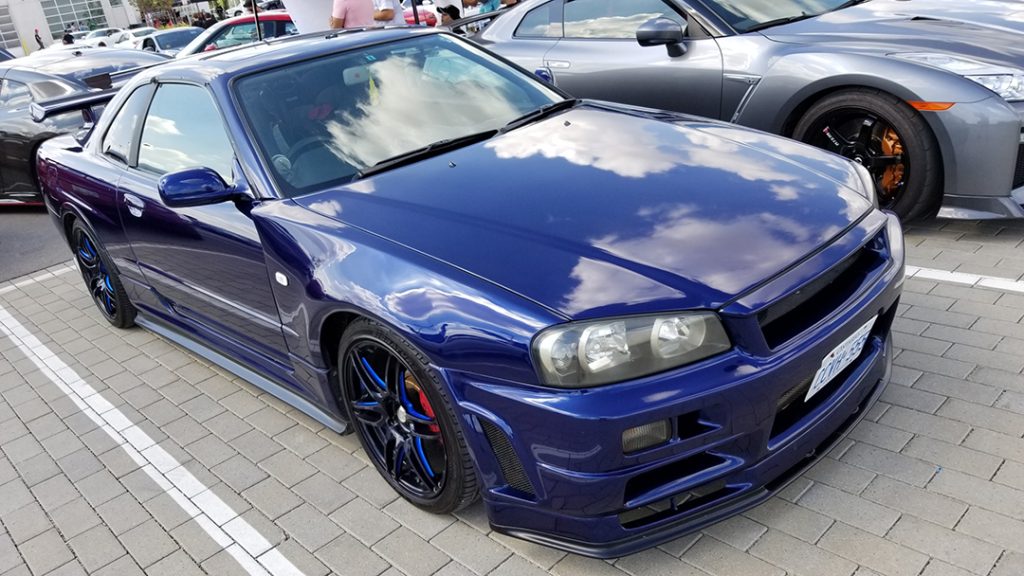 Another fact you can amaze your friends with, GT-R production kinda snuck on in 2003. The 2003 Nissan Skyline GT-R Z-Tune is stupid rare with only 19 ever made. Nissan bought back low-mileage (under 30,000km / 18,000 miles) and completely rebuilt them with all of the Nismo catalog of parts. One confirmed sold for over $500,000 in Hong Kong, another privately changed hands for over $1-million USD and another Australian buyer made an offer of $1.4-million but was turned down. Not bad for a $120,000 Nissan.

You can Legally Import Any Skyline GT-R After 25 Years 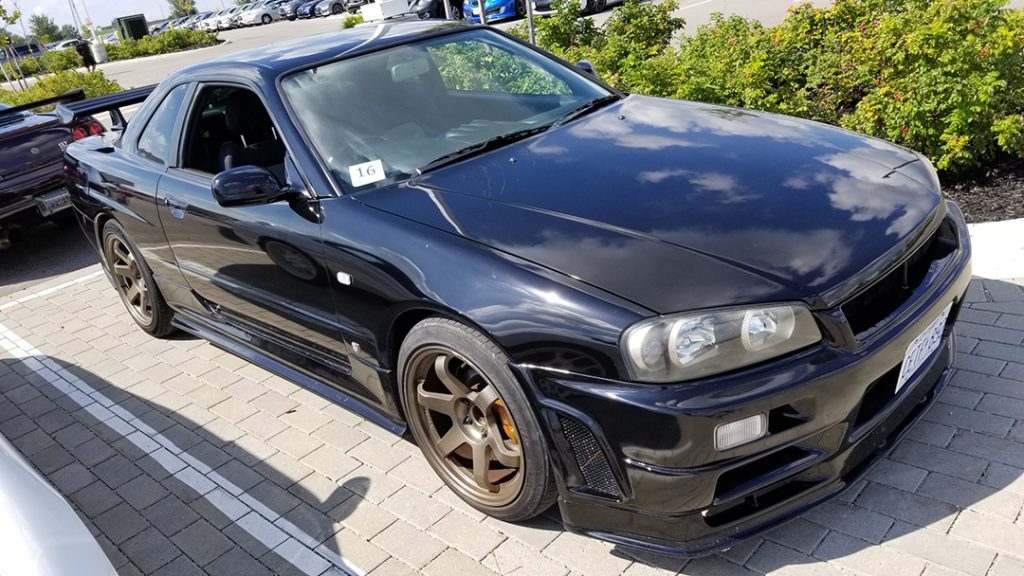 You can but definitely not on January 1 of your model year plus 25. The rule goes by month and year, for example 1989 R32 GT-Rs started rolling off the line in August 1989. We know one buyer who tried to be slick and roll across the Niagara Falls, Ontario to Buffalo, New York border at 12:01 AM January 1, 2014. He made it, a few months later the feds came seeking more documentation about the car that wasn’t legal until the build month on the VIN. 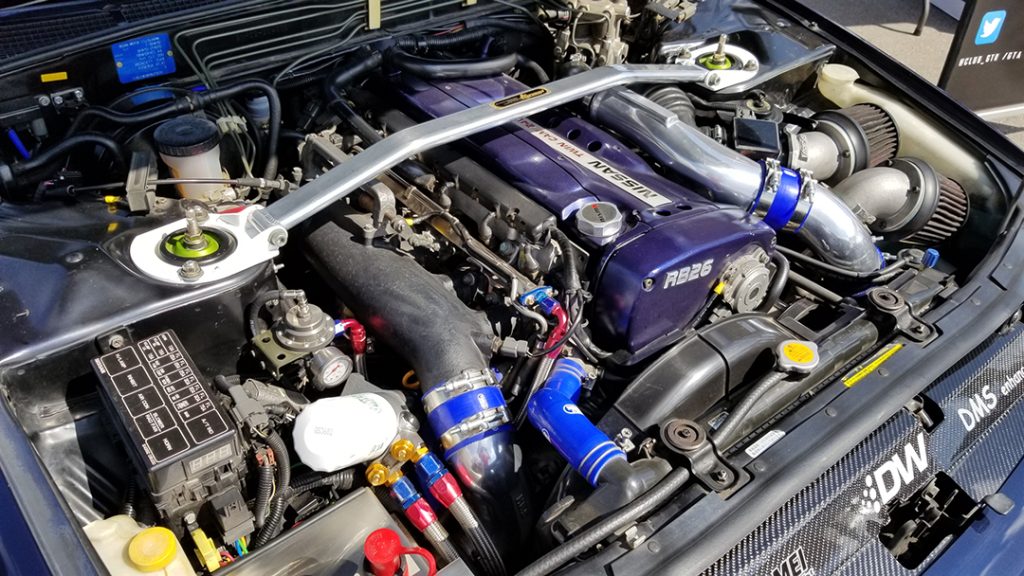 Another stipulation in the 25-year vehicle importation rule is that cars are not allowed to have motor swaps. They are also supposed to be relatively stock with not a load of aftermarket performance modifications on them. While not technically legal, the Feds either don’t seem to notice or be well-informed on what stock parts actually look like as all GT-Rs are modded. 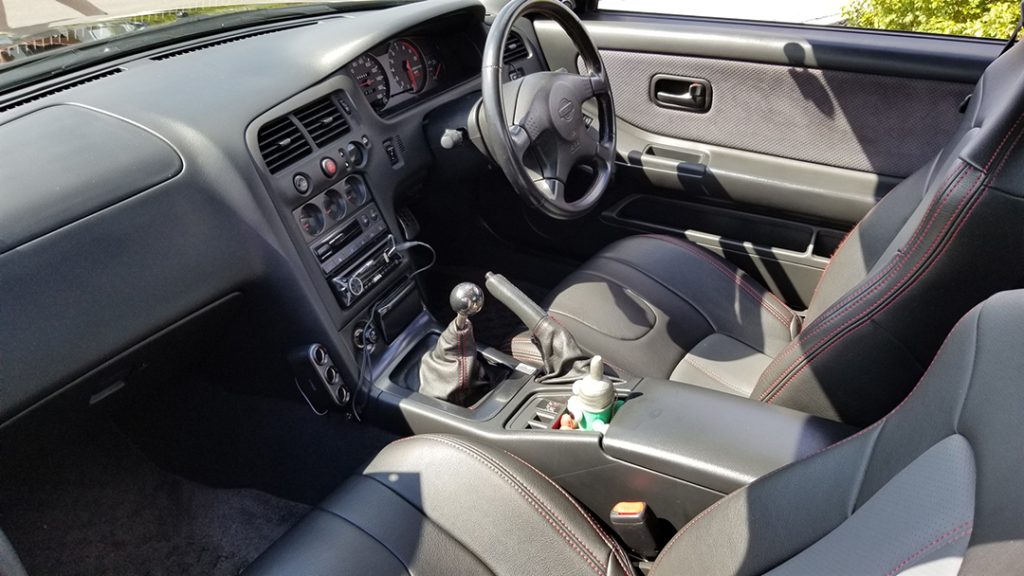 Obviously you can, and should. If your mainstream insurance carrier is giving you a hard time try collector car insurers like American Collectors or Grundy. It’s far less cost and they don’t really have many stipulations that some classic car insurers will. One of the issues you will run into is the VIN number since they JDM cars are 11-digit VINs while we have 17. But many insurance companies will want an inspection done and multiple pictures to justify your ancient Nissan being worth so much replacement value.

Skyline GT-R are Slow, Unreliable, and Blow Up 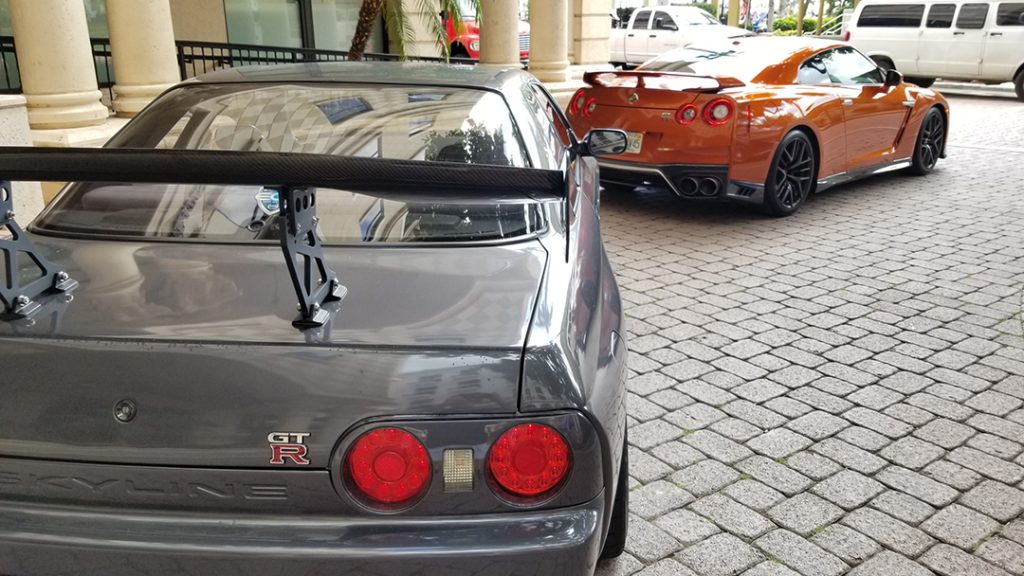 This is simply not the case. Myself and many owners have experienced years of amazing on-and-off track driving, while twitchy exotics are constantly in the shop. Any 1990s Nissan was well-engineered and can handle abuse. Plus when they do break, the Nissan F.A.S.T. parts system means you can get most parts at your local Nissan dealer. They won’t believe you and can’t look up year, make or model but give them a part number and they will be amazed.

Much of this myth perpetuated for two reasons. The first reason is many early Skyline owners either didn’t buy a GT-R but bought a GTS or the most broke-ass abused GT-R they could barely afford. There are over 43,000 R32 GT-Rs and a portion were poorly maintained, raced and improperly modified in Japan. The second angle to this myth is many of the cars blew up for very simple reasons, the wrong fluid and the wrong gas!  A responsible owner is going to replace all fluids with correct spec and capacity in their new-to-them JDM car.Many owners did not do this, or put the wrong stuff in, like gear oil in an ATTESA transfer case – try it out. 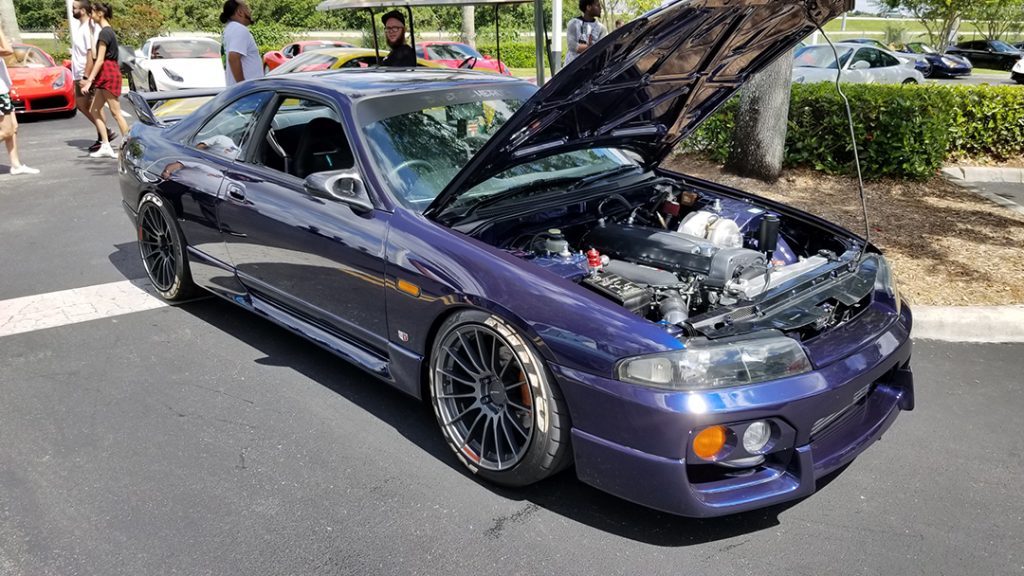 Then there is the pump gas issue. We measure our octane rating using the RON+MON system, which tops out at 91-94 octane depending on your state. Well the GT-R needs 100 octane but Japan has a different rating system so that number is closer to our 98. Don’t be putting 91 octane in a GT-R, upping the boost and try to be a JDM-hotboi. You will be melting a piston, spinning a bearing or exploding a ceramic turbine – 100% guaranteed.

Older Japanese cars will have solid maintenance due to Sha-Ken safety inspections and emissions tests. But once they have trouble passing, they hit auction for export – remember that. 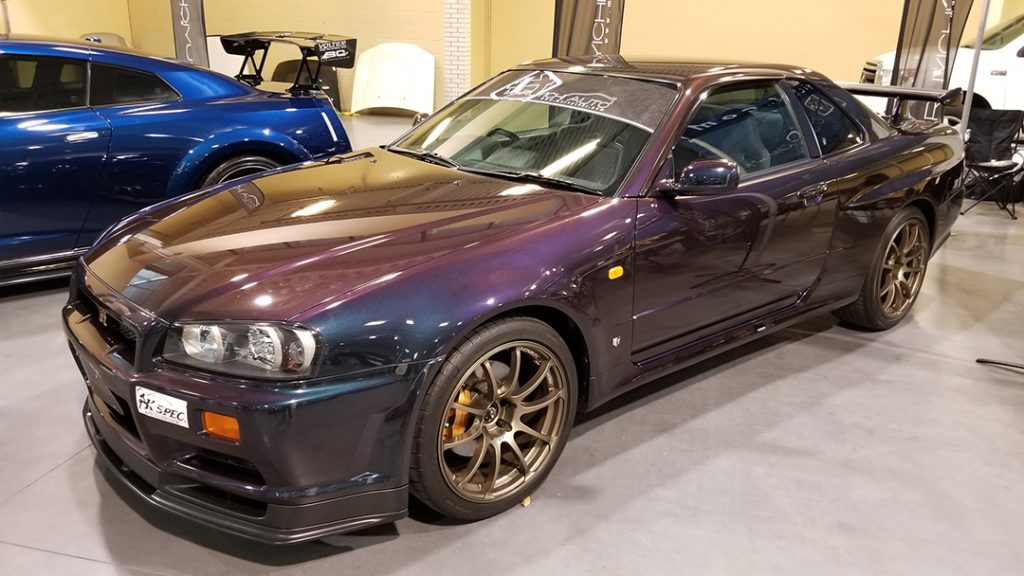 No he doesn’t. He probably doesn’t have a $25,000 net worth. Back when they were first legal, GT-Rs costing that much did exist but those days are over. Anyone claiming they can get a cheap GT-R shouldn’t be trusted anyway, there are many reVIN’ed cars, blackmarket cars or nearly destroyed and welded back together cars. There ain’t no Japanese CARFAX and most odometers have been replaced or stopped working. Verified mileage is rare, unmodified cars even rarer and example with both along with no accidents is an actual unicorn – buy it. But before purchase always do a Pre-Purchase Inspection (PPI).

…Older Japanese cars will have solid maintenance due to Sha-Ken safety inspections and emissions tests. But once they have trouble passing, they hit auction for export – remember that…

GT-R prices are soaring, $25,000 won’t even buy you a new RB26 long block motor let alone a whole car. Nissan has introduced their heritage program to completely restore your R32 to factory specs with new OEM parts but charging upwards of $420,000. Collectible R34 GT-Rs are new fetching over $300,000 and guaranteed to be half a million dollar cars by the time January 1st, 2024 rolls around.