History of the Nissan Datsun Z and Fairlady

The Nissan Z and the Datsun Z have seen their moments of sports car glory and awkwardness over the cars 50 plus year history. With production gaps between models and riding the same platform for over a decade, the Nissan Z-Car was ripe for a shake-up or going to be sunsetted in a Renault-Nissan-Mitsubishi Alliance boardroom eventually. Turns out despite turmoil at Nissan and their fugitive ex-CEO, they still can make exciting products. Many thought the 370Z Z34 would be the last Z since the platform dragged on for 13 model years. Now, here we are on the dawn of the 2023 Nissan Z launch and we wanted to round up historical highlights of the 240Z, 260Z, 280Z, 280ZX, 300ZX and 370Z that preceded it.

The 240Z that Followed it All 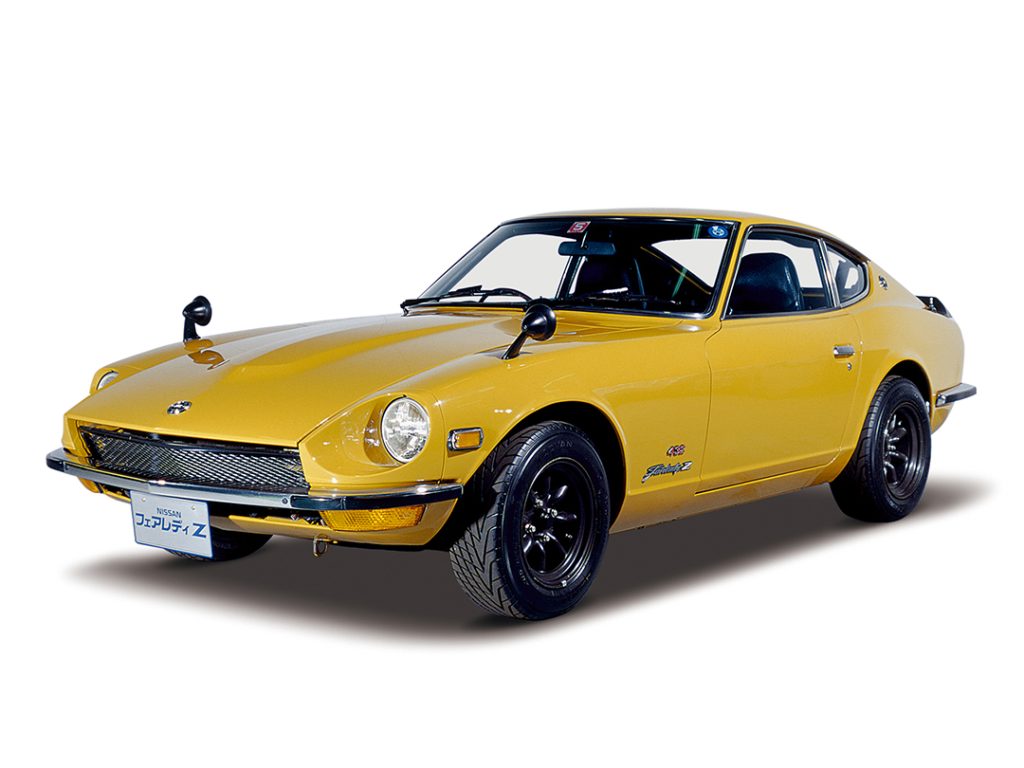 It might be controversial to think today but the Japanese often copied Western world designs that were superior to their own, much like China does today. Japan did have a solid manufacturing base but after World War II, the country was destroyed creating many set-backs but one positive trait emerged. Stemming from thousands of years of Japanese culture, it is common practice to learn from your victors, adapt their ways and end up being superior to them over time. Which leads us to the 240Z, a car that looks like it was sketched by an Italian or more likely Brit designer.

The press and public couldn’t ignore that the Datsun Z, was remarkably similar to the Jaguar E-Type Coupe. Both had muscular rear hind-quarters, a long hood, bubbled rear hatch, bulbus front fenders extending to cut outs for circular headlights. Underhood both had straight-6 engines, manual gearboxes and SU carbs (well, SU-Style Hitachi units on the Z). Step inside and the door cards look similar, the center stack is full of gauges (with the Z being a bit more sculpted into the dash) right down to the three spoke steering wheel. But the 240Z aimed to do a lot with less power, less weight and half the cost – the Japanese way. 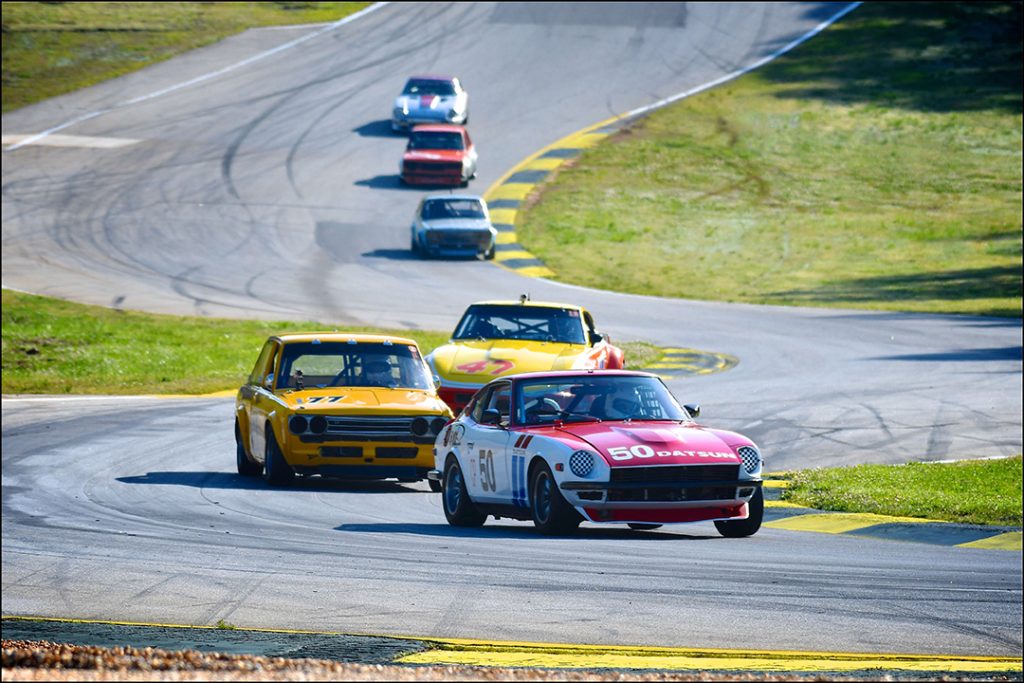 Named the Fairlady in Japan and offering different engines, the 240Z we know in the US was named after the displacement of the motor. The 1970 Datsun 240Z had the 2.4L inline-6 DOHC S20-motor that generated a decent 154hp  and sold well, especially in the US despite being sold in ground zero muscle car era. Still the compact Z could muster an 8-second 0-60mph time and reach 120mph while being able to carve corners better than a muscle car. Production numbers soared during 1971 to 1973 and continued on into the smog-equipped oil crisis of 1974.

…the 240Z aimed to do a lot with less power, less weight, and half the cost – the Japanese way…

The 260Z is rare, since it only came in 1974 and although it ran stroked 2.6L version of the S20, the power decreased in the US to 139hp! Detuned with lower compression and revised camshafts and carbs for America, the Fairlady Z in Japan received a mild bump with the displacement to 150hp. Considered a forgotten stepchild, the 260Z developed an innovation for future Z-cars, the 2+2 option, with seating for four in a 30cm (11.8-inched) stretched frame). The 260Z still sold well with 53,451 units produced. 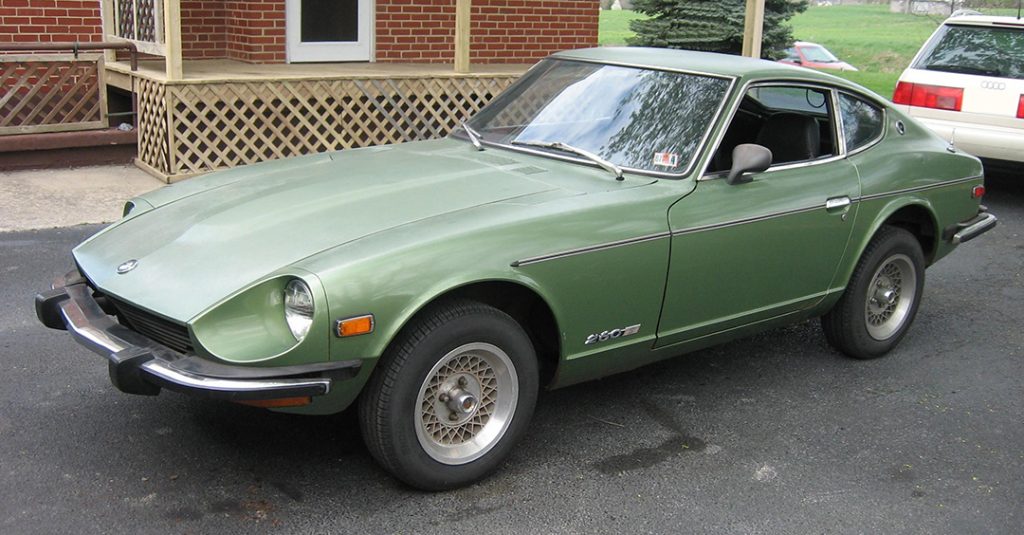 Datsun then bored and stroked the six to a total of 2.8-liters and branded it the 280Z (no, not the 280ZX, please hold). Engineers fitted it with reliable and efficient Bosch fuel injection system. Despite an increased weight resulting luxuries and larger DOT-approved bumpers, the car was quick since it now produced 170hp from 1975-1977. Don’t think that is a lot of horsepower? The 1975 Chevrolet Corvette C3 made 165hp… from a 5.7L V8. These were dark times indeed but they would get brighter. 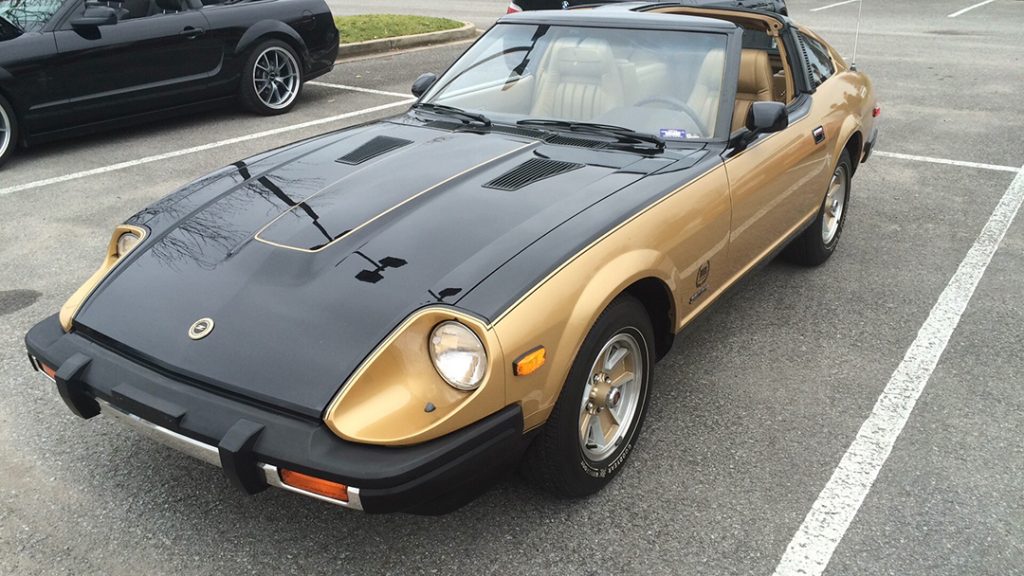 By 1978, muscle cars were either badge-engineered shells of their former selves or were gone altogether. The Z-Car forged ahead with basically the same playbook it started back in the 1960s into the disco era. Not to be confused with the 2.8-liter cars, Nissan debuted the Datsun 280ZX with the L28 motor. Although the car was almost a cartoonish version of its former version, with T-tops and an odd gold-accented 10th anniversary edition equipped with gold wheels, leather, and headlamp washers in 1979.

But there were advancements that would define upcoming Z-Cars, like the 280ZX Turbo in 1981. The turbocharged car pushed the top-trim 280ZX to 180hp and 203 lb-ft of torque but with added weight, luxuries and an optional 3-speed automatic, there was a problem. Enthusiasts argued the sports car magic was gone and this was now a luxury 2+2 cruiser but who cared? The 280ZX set sales records and bagged a Car of the Year award in 1979.

…by 1978, muscle cars were either badge-engineered shells of their former selves or were gone altogether. The Z-Car forged ahead with basically the same playbook it started back in the 1960’s…

Back then enthusiasts thought the 280ZX looked awkward with dated 1960s sports car styling and Nissan had already planned big moves for the upcoming 300ZX. The motor was now a V6 but not just any V6 the legendary VG30ET. Sure the 3.0 Turbo produced 200hp in the US but it cranked 230hp in other markets and was capable of 739hp in the Nissan GTP ZX-Turbo IMSA race car. Yes, the same IMSA race car that defeated the venerable Porsche 962 on streets of Miami circuit in 1987 and won the Sebring 12hr in 1989 and 1990. Enter the modern era of the Nissan Z-Car. 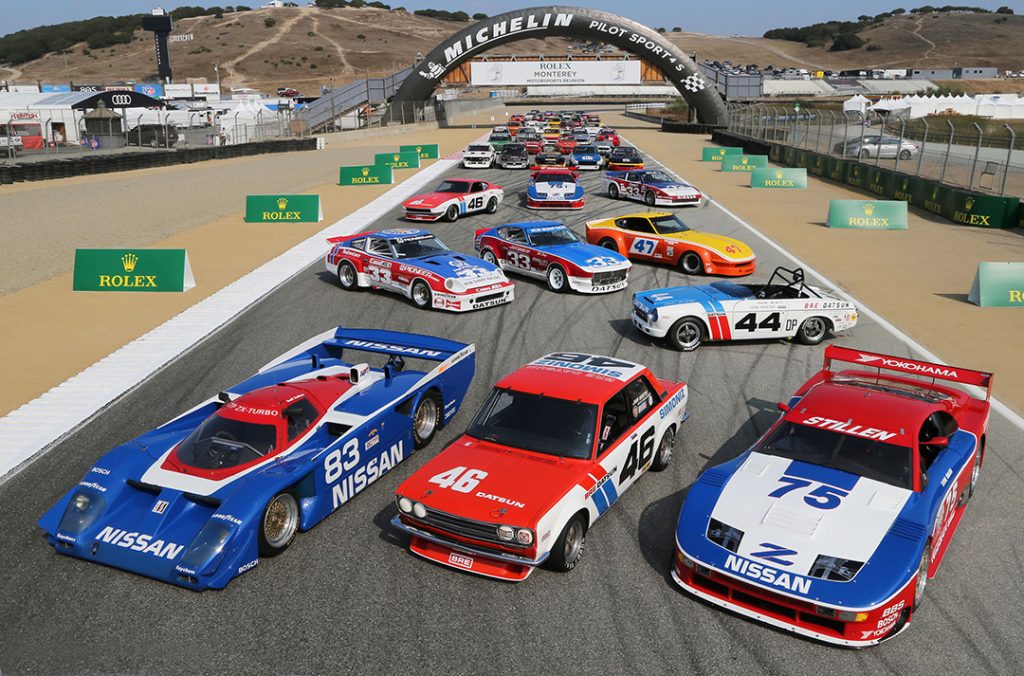 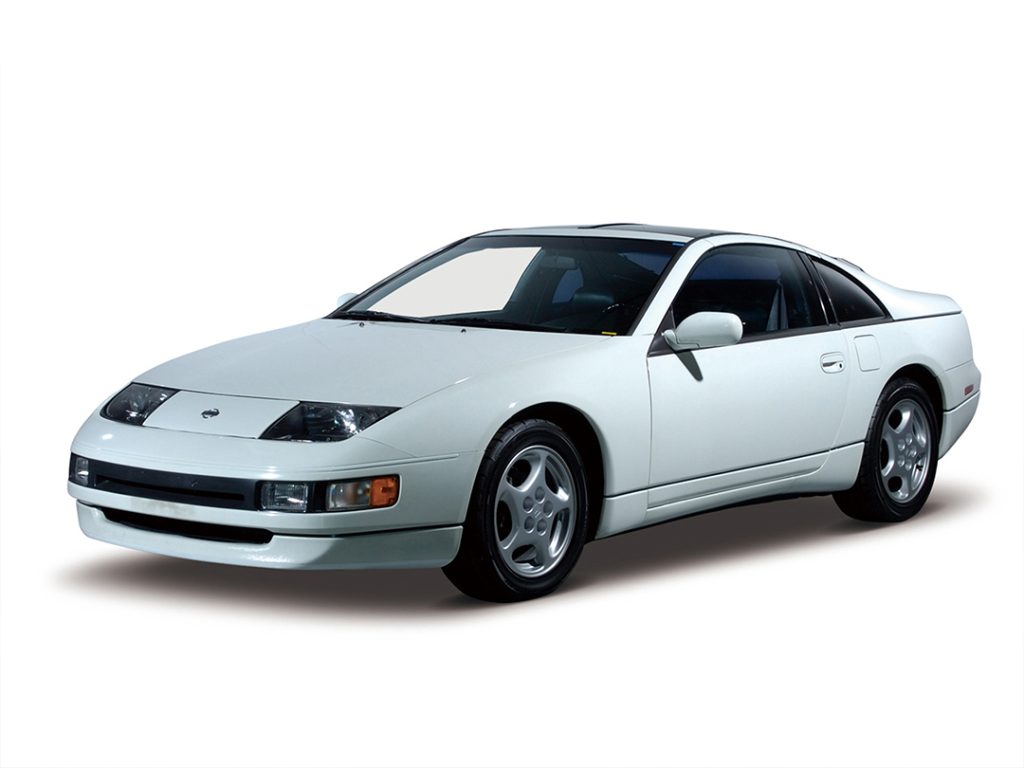 Sales numbers and world-beating turbo VG-engine aside, the 1984-1988 300ZX looked 1980s. Nissan rebadged it in 1985 to no longer be a Datsun in the midst of a staggeringly-expensive marketing campaign to lose the Datsun name. The new Nissan 300ZX was all Nissan and recalling the first time it was seen in person, looked like a spaceship in 1989. Nissan was on top of it’s game, the Skyline GT-R R32 was out in Japan, the 240SX was an excellent low buck pure sports car and the flagship 300ZX Turbo would set horsepower and performance records for the Z-Car.

Nissan finally figured out that it could divide a 2+2 Coupe with an NA motor and a fiery 2-seater with the new twin turbo V6. It later became popular to swap this VG30DETT into the 2+2 for extra occupants and cargo but retain the 300hp performance of the 2-seater. Fun fact, the 300ZX Twin Turbo made more horsepower in the US than Japan (capped at 276) for the first time.

But sales were affected by the recession and rising inflation in Japan. A car that debuted at $33,000 was nearly $50,000 by the end of the production a trend affecting the rival FD RX-7 and Mk4 Supra as well, mean like them US sales were cut early and by 1996, the Z was gone. 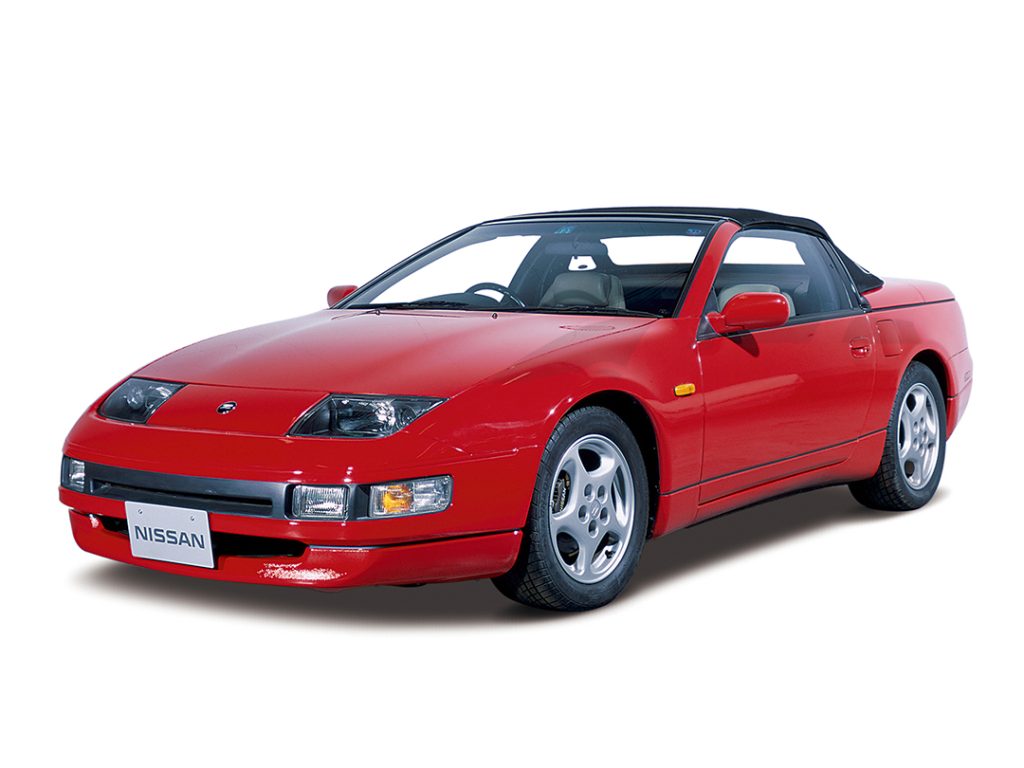 But not before a couple special models popped up like the Final Edition limited to 300 cars in 1996, the rare-as-a-telephone booth convertible debuting in 1993 and the SMZ tuned car build by racer Steven Millen, the 365hp Nissan SMZ. Production continued on in Japan (just like the Supra and the stretched to 2002 RX-7) until 2000 when the Z-Car took a worldwide hiatus. 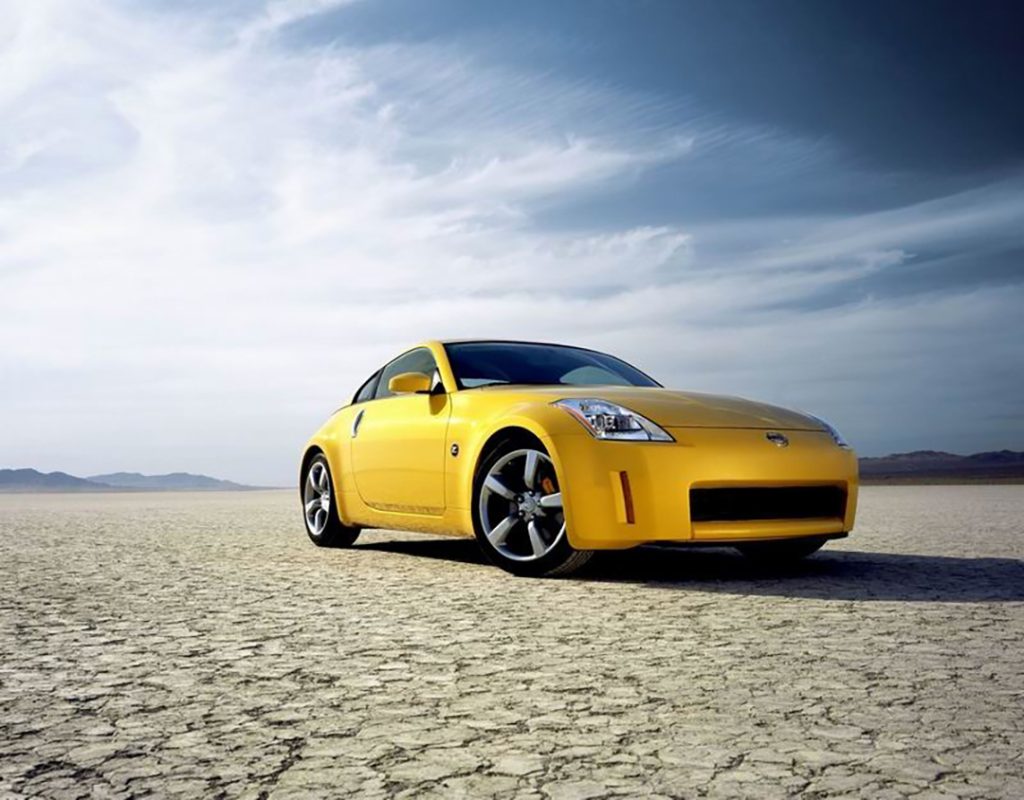 Nissan has gotten a lot of mileage out of their FM-platform. It might not do anything fantastic but it does everything good being the underpinnings to family haulers like the Murano, middle-management sedans like the Maxima and yes modified to be on the Z. The new VQ35DE engine might have lacked a turbo but it was up there for naturally aspirated horsepower and debuted when Sport Compact crazy was burning brightest in 2003.

The 350Z had ridiculous aftermarket support. Turbos and superchargers for the 3.5L V6 were everywhere, widebodies, strokers and scissor doors were not uncommon. The 350Z became a staple in the US drift scene with Chris Forsberg swapping an SR20DET into a Z33 and later winning the 2009 Formula Drift Championship in a Titan V8-swapped Z convertible! The wild success of the Z33, would translate to what in the 370Z trim.

We always liked the 370Z Z34 chassis from it’s launch in 2009. Classic lines, sharper styling, Nissan Flying-V family face, it was compact, more powerful and had a 6-speed manual box with innovated Syncro-rev. But even at 332hp, still felt like not much of a leap plus it went into limp mode on track immediately with its crowded engine bay not dissipating heat. We still were “meh” on the Nismo version of the 370Z at 350hp and for performance enthusiasts there were simply better options out there… with four seats. Plus SUVs and crossovers were the focus of the buying public and automakers looking to cash in.

Is the World Ready for the Reborn Nissan Z 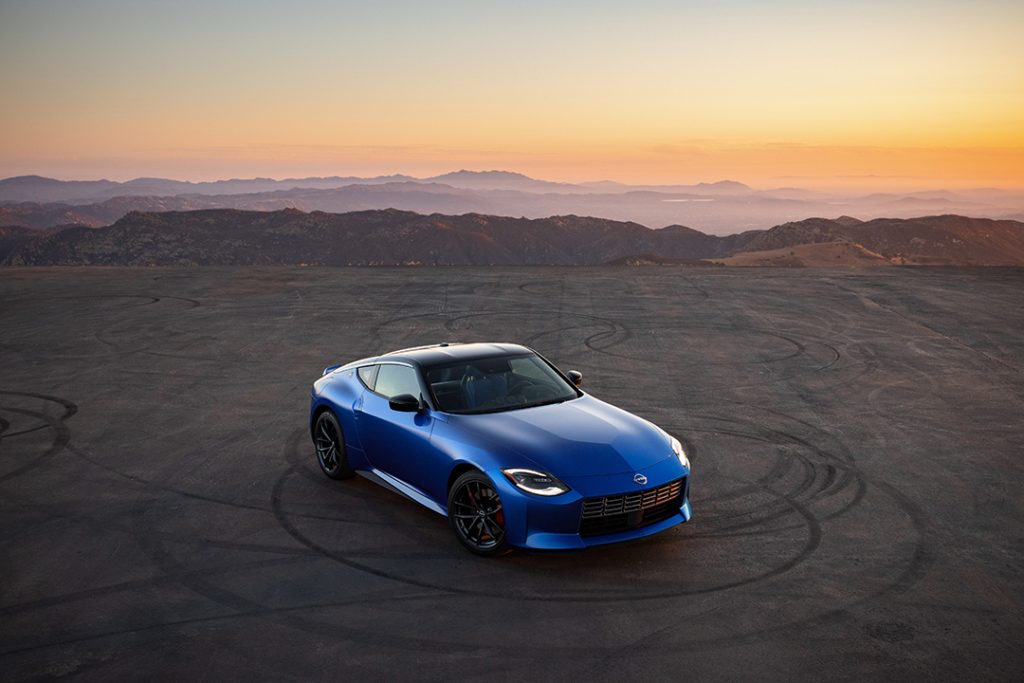 We still believe it should have been called the 400Z. Sure Nissan carried the torch for displacement nomenclature properly (we’re looking at you BMW) but even though the new Z is powered by a 3.0L V6 twin turbo (again) it cranks 400hp, so it would still add up. Considering the Z34 chassis dragged out so long, we predict this is the last Z, heck they even still refer to it as the Z34. With retro styling from Z-Cars of the past, a twin turbo V6 and proper 6-speed manual gearbox – yes this will sell and bring media adoration to Nissan’s Z once again.